Lord & Taylor is permanently closing 24 of its locations after filing for bankruptcy. See if your local store is on the list.

Lord & Taylor is permanently closing 24 of its stores around the country after filing for Chapter 11 bankruptcy earlier this month. As part of the closing and liquidation process, products will be available “at significant price reductions,” according to Hilco Merchant Resources and Gordon Brothers, the joint venture overseeing […] 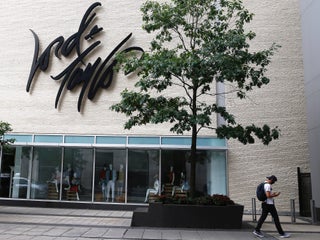 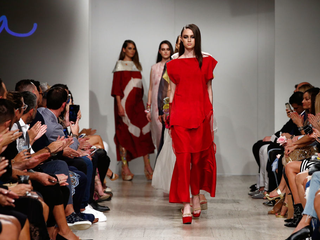 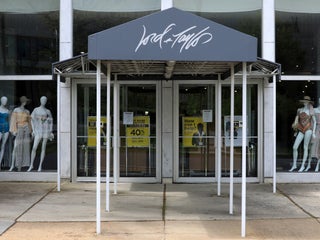 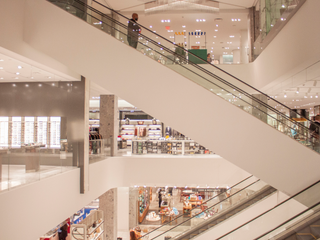 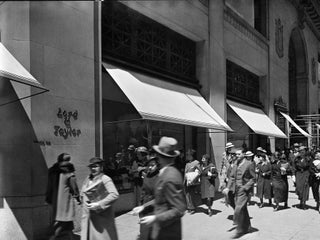 Lord & Taylor is kicking off store-closing sales. Here’s where to find them.

Lord & Taylor kicked off liquidation sales on Sunday at 19 stores in 10 states as it filed for bankruptcy. The department-store chain is preparing to initiate store-closing sales at all its remaining stores, while simultaneously looking for a buyer for some of its most profitable locations. If a buyer […] 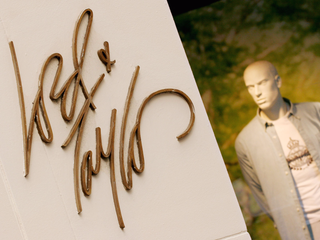 Lord & Taylor is reportedly preparing to liquidate its stores as soon as they reopen, Reuters reports. The nearly 200-year-old department store chain has closed all 38 of its stores due to coronavirus restrictions. “The company is working through various options at this time and is declining to comment,” a […] 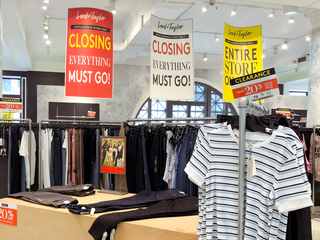 Lord & Taylor quietly deleted its Instagram and Twitter accounts, and has stopped sharing updates to its official Facebook page. The company is going dark on social media less than a week after reports surfaced that the department store is considering filing for bankruptcy. While it was not immediately clear […] 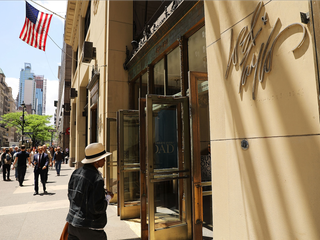 Nordstorm opened its seven-floor New York City flagship this week, but experts are cautiously optimistic about what such a massive investment might mean for the business moving forward. Both analysts and customers alike expressed hesitation and uncertaintly about the store, particularly in the wake of Lord & Taylor closing its […] After Le Tote‘s acquisition of Lord & Taylor, some experts are saying such partnerships between struggling department stores and emerging rental and subscription companies could serve as a vital lifeline as the retail apocalypse looms on. “The broader signal it sends is you need to be willing to meet your […] Amazon is reportedly eyeing the former Lord & Taylor flagship store as it looks for office space in New York City. Here’s what the iconic store looked like before it closed its doors.

The Wall Street Journal reported on Thursday that Amazon is in talks to lease the former Lord & Taylor flagship store as it continues its quest for office space in New York City. Amazon abandoned plans to build a controversial HQ2 campus in Queens in February. The building is currently […] We visited a lot of department stores in 2018. Here’s which one was the best to shop at. Sears has filed for bankruptcy and announced it would close more than 140 stores, but it isn’t the only department store that has struggled recently — here’s why

Sears filed for Chapter 11 bankruptcy protection on Monday, announcing it would be closing 142 Sears and Kmart stores and beginning liquidation sales at those locations immediately. Sears isn’t the only department store that has struggled recently. Macy’s and JCPenney have also had to close stores in recent years. There […] Walmart is adding Lord & Taylor and its... One of New York City’s most famous department stores will close after selling to WeWork. Here’s what it looked like during a recent visit.

Lord & Taylor’s flagship store in Manhattan was sold to WeWork for $US850 million in October. The retailer said it would rent around 25% of the space and operate as a scaled-down version of its former self. But on Tuesday, Lord & Taylor announced that it would be closing this […] Walmart is entering a deal to sell Lord &... Since the election, 3,600 Trump-branded products have been dropped from online stores

Since the presidential election, retailers that...