Breed emphasized the significance of seeing Tony! Toni! Toné!, who are a product of the Bay Area and broke up in the 1990s - in rationalizing her decision. 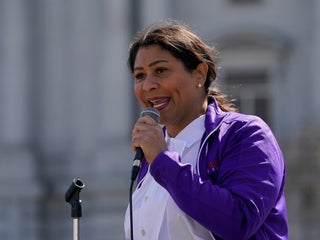 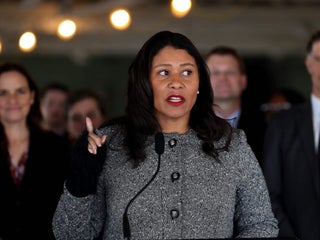 San Francisco Mayor London Breed said in the coming months, professionals would respond to non-criminal calls instead of officers. The move is part of a four-part plan to limit police confrontation. It comes after weeks of protests following the death of George Floyd, where protesters have called for defunding police […] 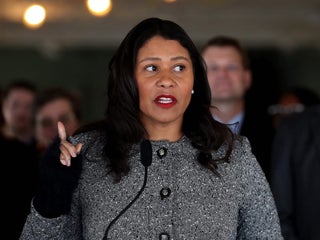 San Francisco Mayor London Breed proposed sweeping police reforms Thursday, including a ban on using tear gas and stopping police from responding to non-criminal activity. Other reforms she proposed include demilitarizing and reallocating funds from the police department. “We are going to keep pushing for additional reforms and continue to […] 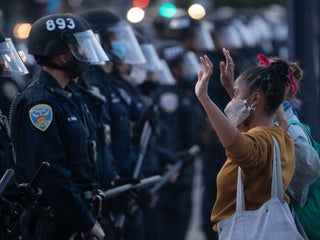 San Francisco has a ‘plan in place’ if hospitals get overwhelmed and run out of beds for coronavirus patients, Mayor London Breed says

San Francisco has drawn up contingency plans to increase the number of hospital beds in the city in case they’re needed due to the coronavirus outbreak, Mayor London Breed said. While she declined to discuss the plans in detail, she said the city is working with local hospitals to determine […] 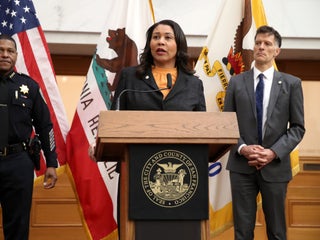 The shelter-in-place order in San Francisco could be extended past its current April 7 deadline, city Mayor London Breed told Business Insider. San Francisco and other area counties in the area imposed the order, which generally requires residents to stay at home unless they provide or are seeking essential goods […] 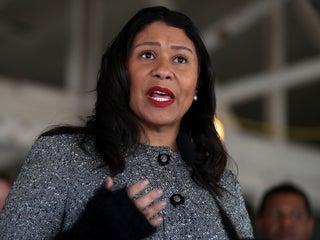 San Francisco Mayor London Breed has declared a state of emergency in the city. Breed said the city is “taking the necessary steps to protect San Franciscans from harm.” The coronavirus outbreak, which began in China, has spread in Asia, the Middle East, and Europe. There are now 53 confirmed […] 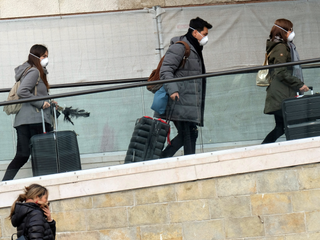 A San Francisco measure on the ballot in November caused a stir among the tech elite on Friday. Proposition C would tax the largest businesses in the city to fund homelessness services. It could bring in $US250 million to $US300 million in revenue annually. Salesforce CEO Marc Benioff is a […] San Francisco paid $400,000 for questionable research that says its filthy streets are clean

Since 2013, San Francisco has paid a PR agency $US400,000 to survey the cleanliness of its streets. In that time, the agency has doled out remarkably good scores – including last year’s near-perfect rating of commercial and residential neighbourhoods. Even the city’s budget analysts and auditors have questioned the veracity […] San Francisco’s footpaths are covered with human faeces, so the city is launching a ‘Poop Patrol’ to deal with the city’s No. 2 problem

Some San Francisco streets are so covered in human faeces, the city is launching a “Poop Patrol” to clean the mess. The Poop Patrol will ride around the Tenderloin neighbourhood in a vehicle equipped with a steam cleaner. San Francisco’s poop problem is a symptom of the housing crisis that […] San Francisco just appointed a new mayor to a heckling crowd, and everyone is arguing over who is the real puppet for the tech industry

Supervisor Mark Farrell has been voted in as San Francisco’s interim mayor. He replaces acting mayor London Breed, who took over the role following Ed Lee’s sudden death. San Francisco has a new interim mayor – and no one is sure whether to be mad, shocked or just confused. On […] San Francisco is getting a new mayor after Ed Lee’s death, and the tech industry’s cosy status in the city may be finished San Francisco is fed up with Big Tech, and residents are begging the next mayor to do something about it

San Francisco’s out-of-control housing prices continues to cause an uproar. With the election for San Francisco mayor less than three weeks away, many residents are focused on how the candidates will fix the housing crisis. For some candidates, that means asking the tech industry to answer for gentrification and the […] San Francisco is expected to name its new mayor on Wednesday. The mayoral election took place last week, but the results were too close to call. The San Francisco Chronicle is reporting that former state Senator Mark Leno, who briefly enjoyed an early lead, has conceded the race. Supervisor London […]