SpaceX may launch a winged Starship rocket prototype more than 40,000 feet above Texas this afternoon

SpaceX plans to launch a full-size Starship rocket prototype about 7.8 miles (12.5 kilometers) into the air at 4:45 p.m. CT on Wednesday from Boca Chica, Texas. The planned flight is Starship’s highest yet. SpaceX wants to test the aerodynamics, steering, landing ability, and more of the 16-story steel-bodied prototype, […] 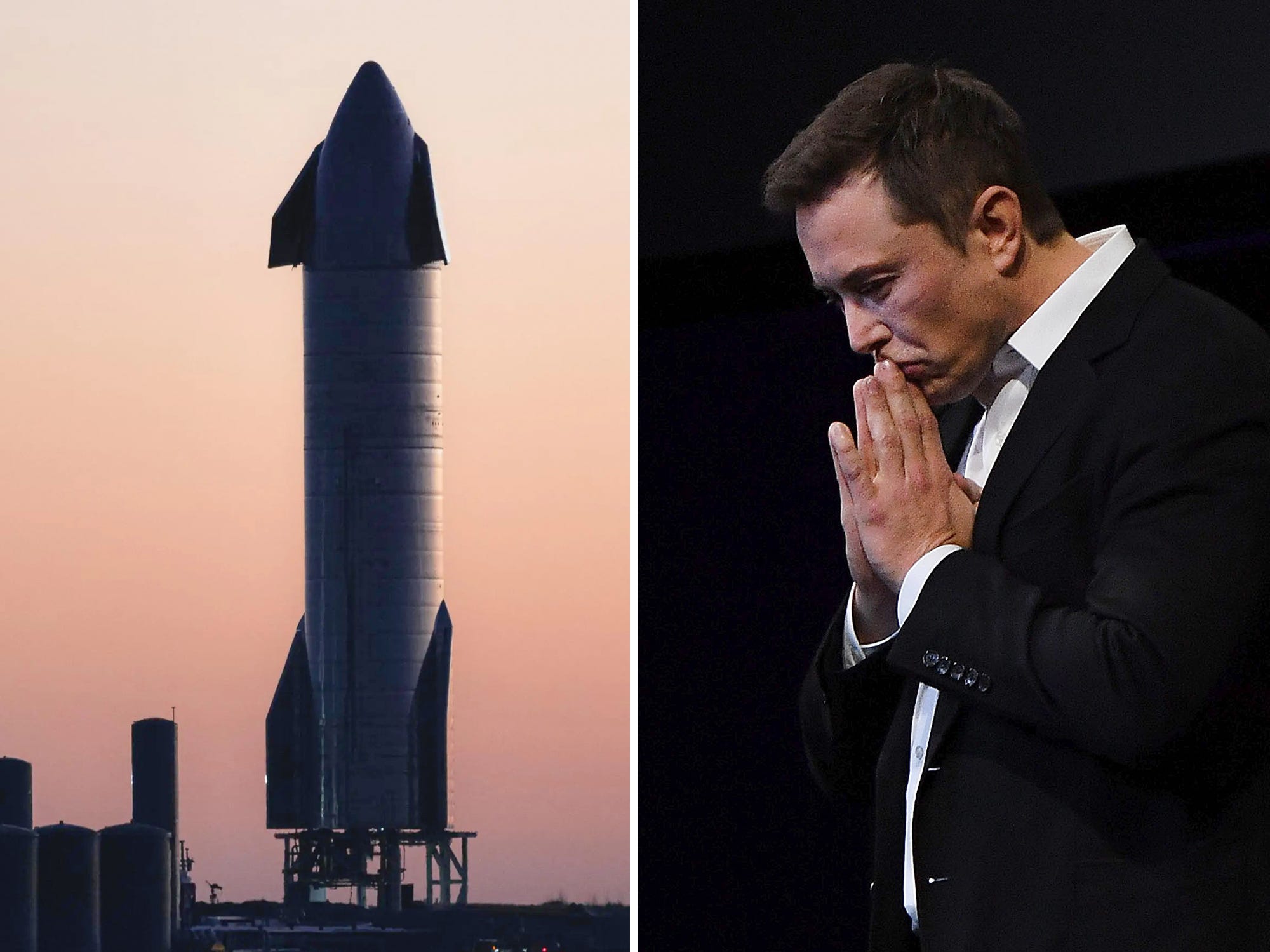 NASA astronauts Bob Behnken and Doug Hurley weathered a speedy, scorching-hot fall through Earth’s atmosphere in SpaceX’s Crew Dragon spaceship on Sunday. They splashed down in the Gulf of Mexico at 2:48 p.m. ET. In May, SpaceX made history by launching them into space aboard Crew Dragon. The ship and […] 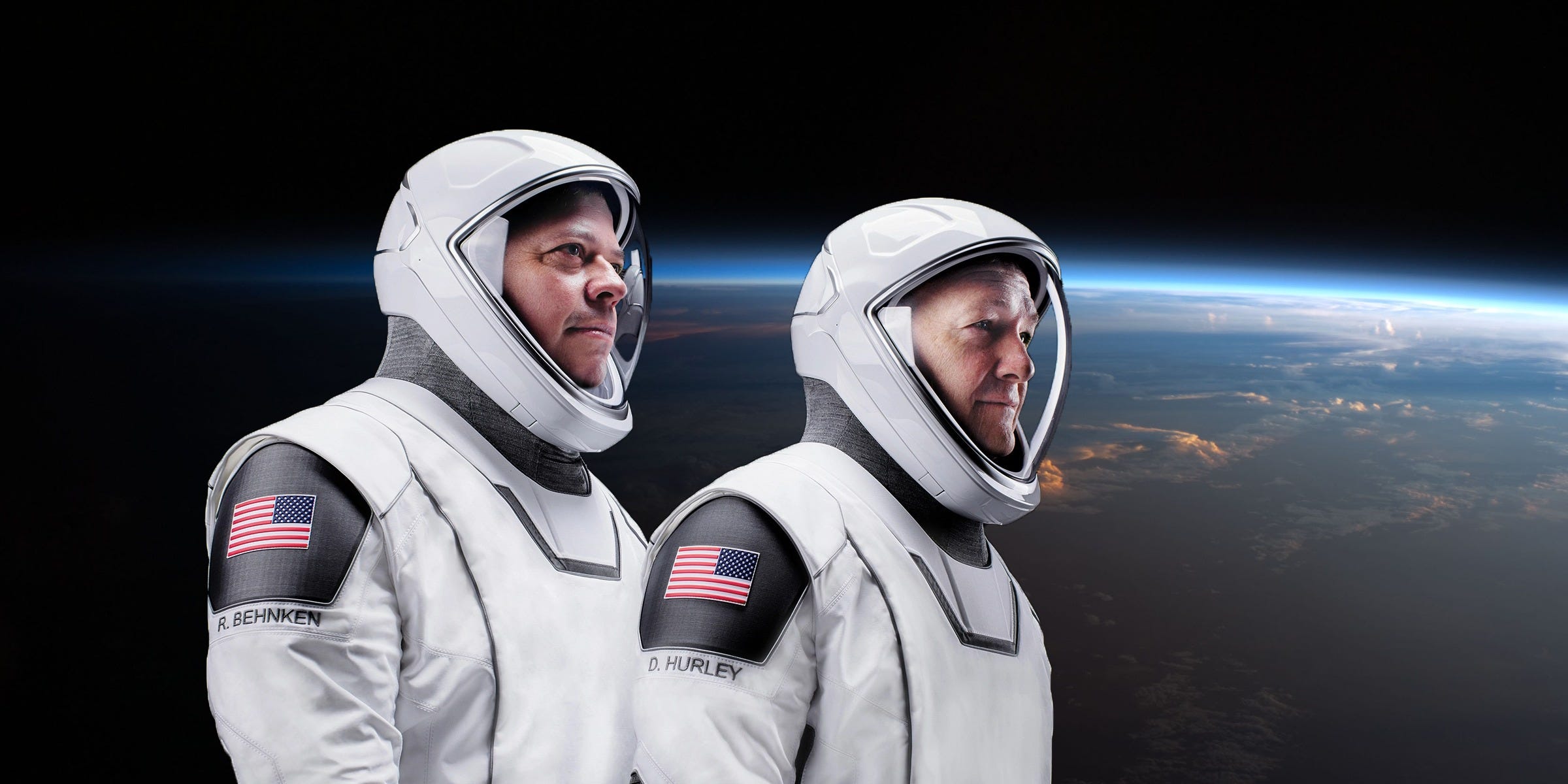 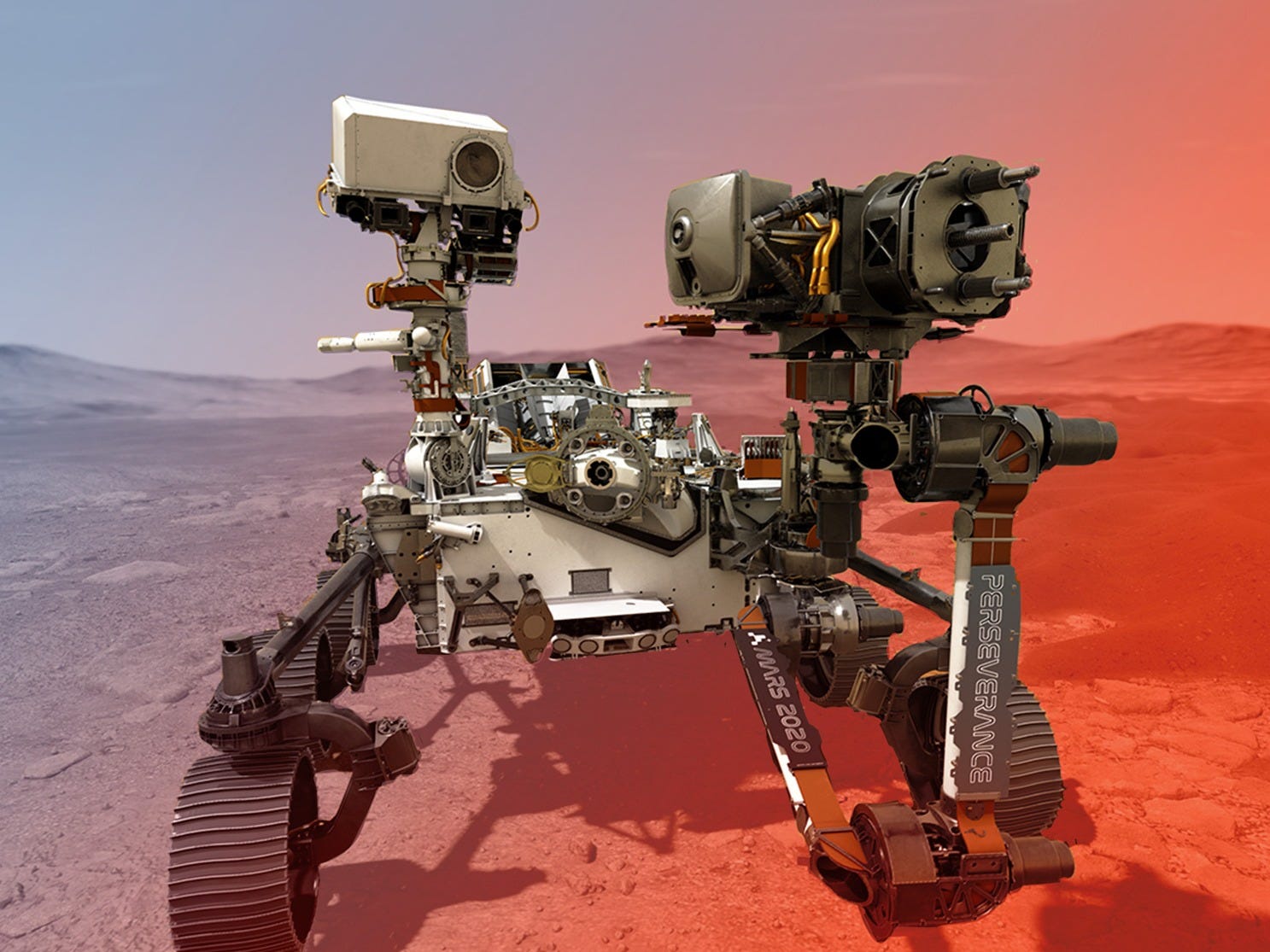 SpaceX on Saturday launched its first crewed mission into space with the flight of NASA astronauts Doug Hurley and Bob Behnken. The astronauts’ Crew Dragon spaceship, which they named Endeavour once in orbit, spent the night catching up to the $US150 billion International Space Station (ISS). The crew is performing […] 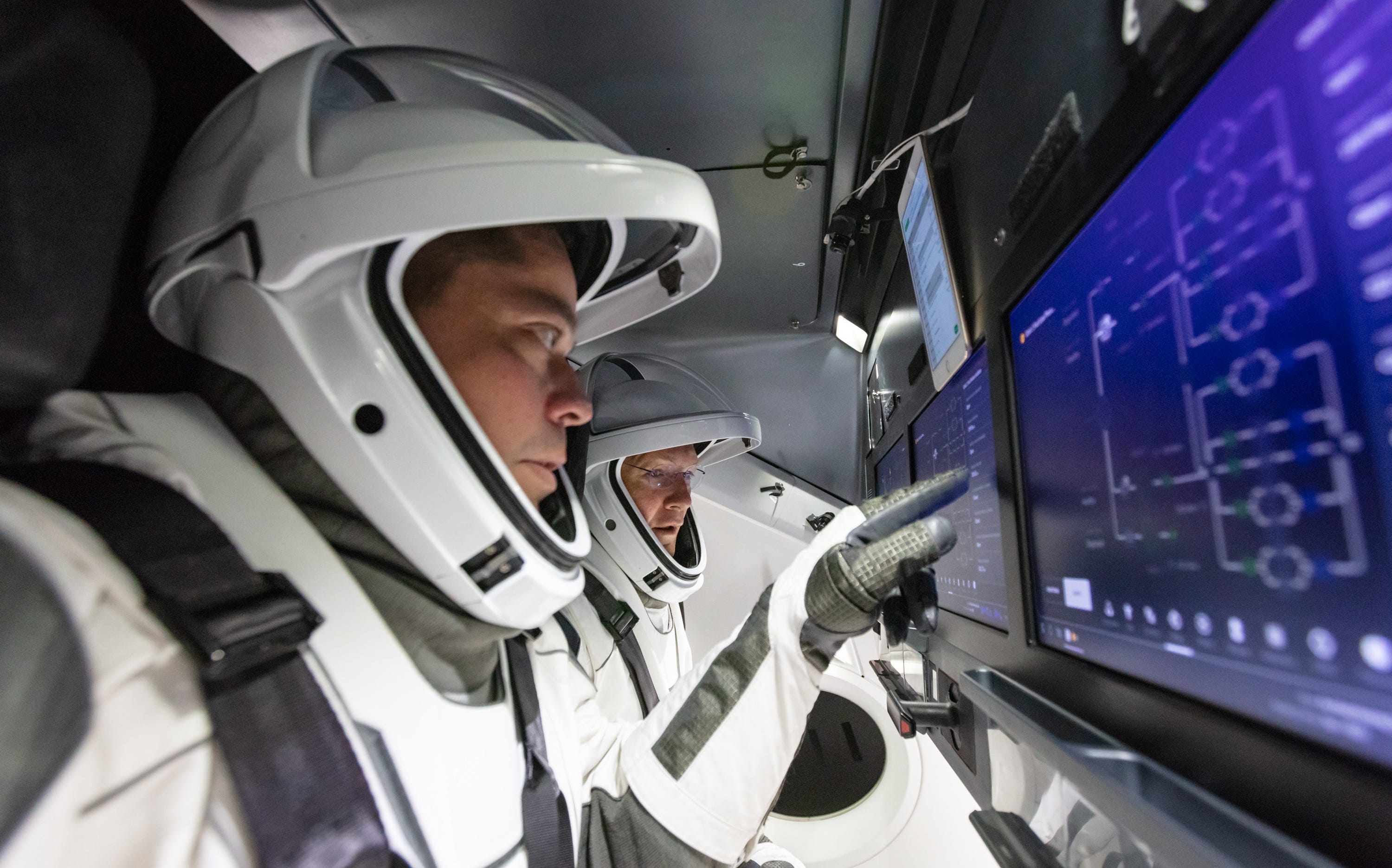 SpaceX is about to launch its highest-stakes mission since Elon Musk founded the company in 2002: Its first launch of people. NASA is working with the company to launch the mission, called Demo-2, which will fly the astronauts Bob Behnken and Doug Hurley inside a Crew Dragon spaceship. Liftoff is […] 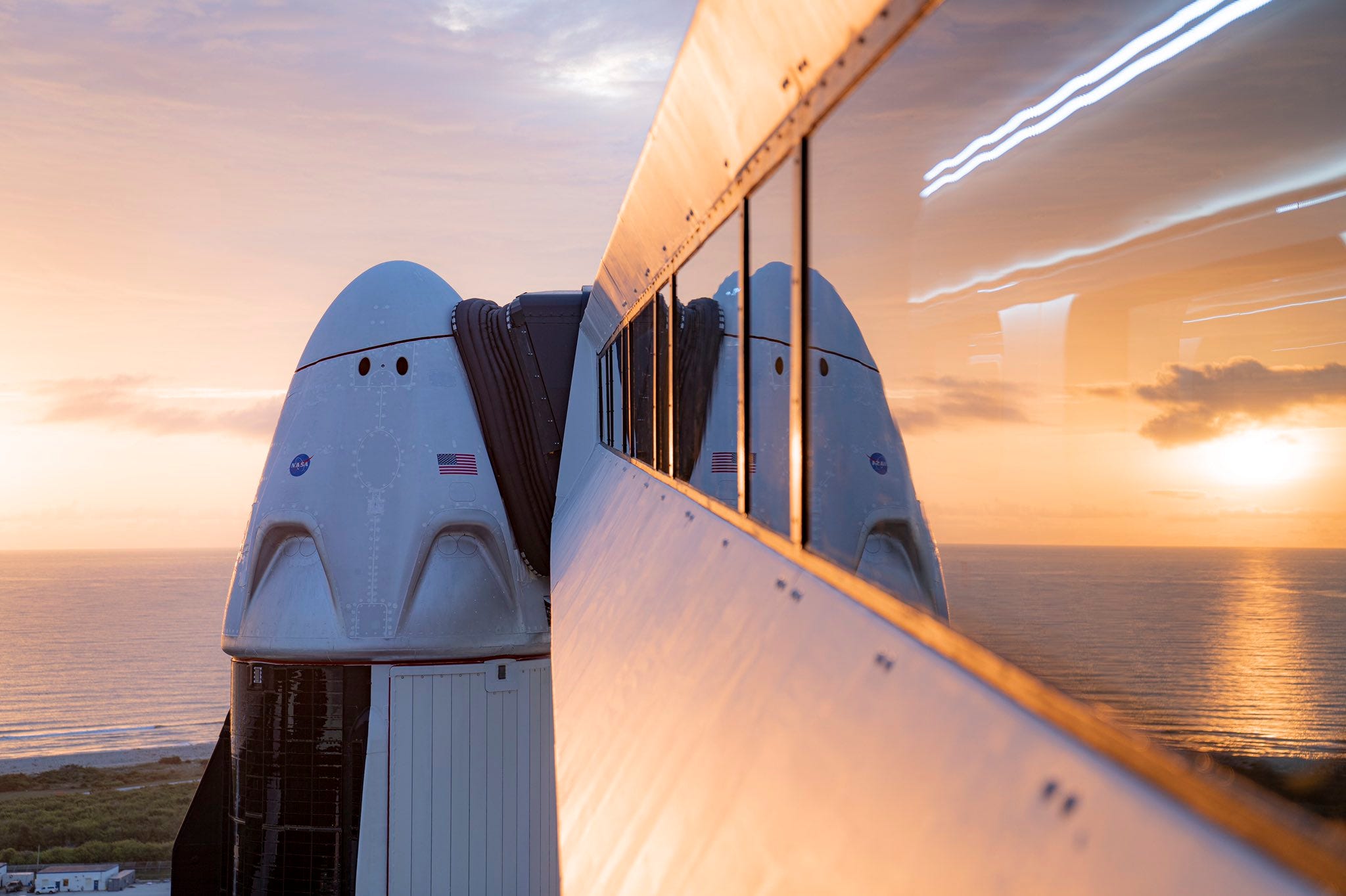 YouTube has recruited three prominent streamers from Twitch, its Amazon-owned rival, as it looks to boost its hold on the streaming market. Rachell “Valkyrae” Hofstetter, Elliott “Muselk” Watkins and Lannan “LazarBeam” Eacott will now stream content exclusively for YouTube. The trio has a combined following of more than 21 million […] SpaceX launched an experimental rocket ship called Starhopper in South Texas on Tuesday. The flight of Starhopper took the vehicle roughly 492 feet (150 meters) into the sky and lasted about a minute. Starhopper also used its single Raptor rocket engine to fly over to a beachside landing pad a […] Watch live: SpaceX is about to launch a shiny Mars-rocket prototype on its first true flight

SpaceX plans to launch a small rocket ship called Starhopper in Texas on Wednesday. Although the vehicle was briefly engulfed by a fireball last week, it emerged mostly undamaged. Starhopper is a test bed for a much larger vehicle, called Starship, which is being designed to send people to the […] NASA is building a six-wheeled, nuclear-powered Mars rover inside its Jet Propulsion Laboratory at Caltech. A video camera is broadcasting footage of engineers and technicians building the vehicle, which for now is called Mars 2020. If all goes well, the rover will launch in July 2020, land in the Jezero […] Israeli scientists tried to pull off the first private moon landing, but the robotic probe failed and crashed into the lunar surface

In February, SpaceX launched the first private moon mission. Beresheet, as the 1,300-lb robot is called, was designed by an Israeli nonprofit called SpaceIL. The four-legged moon-craft is expected to attempt a lunar landing between 3:05 and 3:25 p.m EDT on Thursday. If successful, it’d be a historic first in […] After spending six days in space, Crew Dragon, a commercial spaceship for people designed by SpaceX, is coming back to Earth. Elon Musk, the founder of SpaceX, hinted that this will be the most challenging phase of the mission, called Demo-1. NASA TV and SpaceX will jointly broadcast live video […] WATCH LIVE: SpaceX is about to launch its Crew Dragon spaceship into orbit for the first time — a ‘critical’ mission for NASA and its astronauts

SpaceX and NASA hope to launch Crew Dragon, a commercial spaceship designed for astronauts, for the first time on Saturday at 2:49 a.m. ET. The launch won’t carry astronauts to the space station, but NASA says it’s “a very critical mission” for proving the vehicle is safe to fly. NASA […] SpaceX is rocketing the first private mission to the moon — an Israeli lunar lander. Here’s how to watch the launch live.

SpaceX plans to launch a Falcon 9 rocket today, and you can watch the event live on YouTube starting around 8:30 p.m. ET (12.30pm AEDT). The launch from Cape Canaveral, Florida, will carry the first private mission to the moon: a 1,300-pound lunar lander called Beresheet. The $US100 million mission […] NASA is about to reveal the most distant object ever visited by humanity. Here’s how to see New Horizons’ close-up pictures for the first time.

NASA’s New Horizons probe flew past a mysterious object 4 billion miles from Earth on New Year’s Day. Called 2014 MU69 (and also known as Ultima Thule), it is now the most distant object humanity has ever explored. It may take two years for all of the flyby photos and […] NASA launched a 1.7-ton probe called OSIRIS-REx toward Asteroid Bennu in September 2016. This morning, the $US1 billion mission caught up to its asteroid target and began an 18-month study. NASA will eventually use OSIRIS-REx to grab about 60 grams of Bennu and launch that sample back to Earth. Update […] SpaceX and Boeing built new spaceships for NASA to fly its astronauts into orbit. NASA’s Commercial Crew Program, as it’s called, will soon launch launch one uncrewed and two crewed test flights of each new spacecraft. In the early hours of Saturday morning AEST, NASA plans to announce the eight […] An Amazon engineer is letting thousands of Twitch users play the stock market with $50,000 of his own money

Today saw the debut of "StockStream," a new... All the big social media apps are going all-in... The smartphone has revolutionised the way we...