Pennsylvania will ration sales of Hennessy, Don Julio, and Patrón and other liquors due to supply chain shortages

The Pennsylvania Liquor Control Board will enforce a two-bottle purchase limit to certain items beginning September 17.

5 basic cocktail recipes any beginner can master at home

Some cocktails are classics for a reason.

Feni is a rare liquor made from cashew fruit. One family in Goa, India, has survived by making small batches of feni and selling locally. 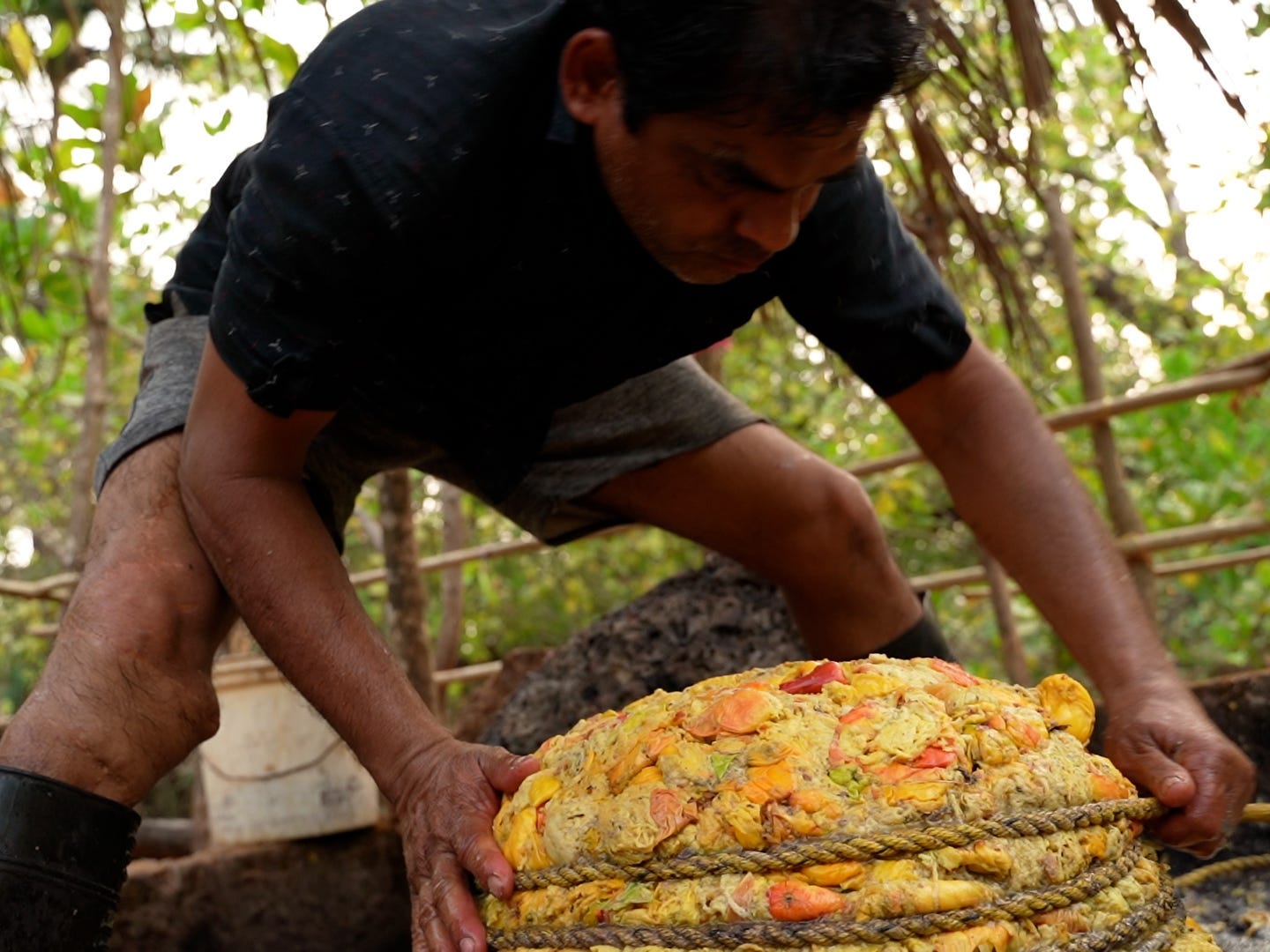 How has binge drinking culture shaped your relationship with alcohol? Insider wants to hear from you.

Insider wants to hear from you about how binge drinking culture has affected your relationship with alcohol. 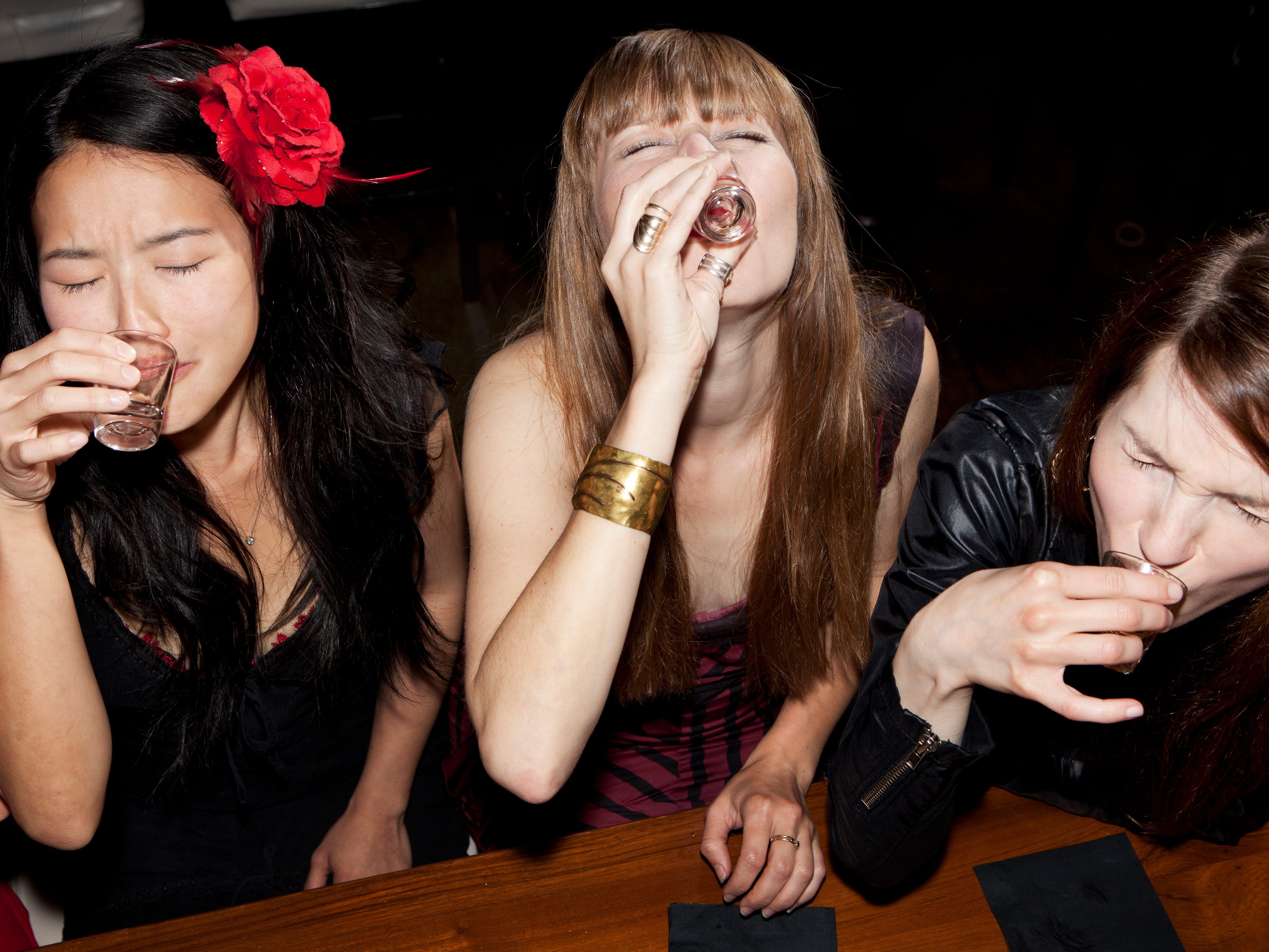 The 10 best specialty rums to try for National Rum Day, according to experts

Rum is a spirit made from sugarcane that has many different varieties, despite it’s reputation as a simple base for sugary cocktails. Light and dark rums have a wide range of flavours, from tropical, fruity, and sweet to rich vanilla, cinnamon, and spice. Rum expert Stephen Bennett recommended reaching for […] 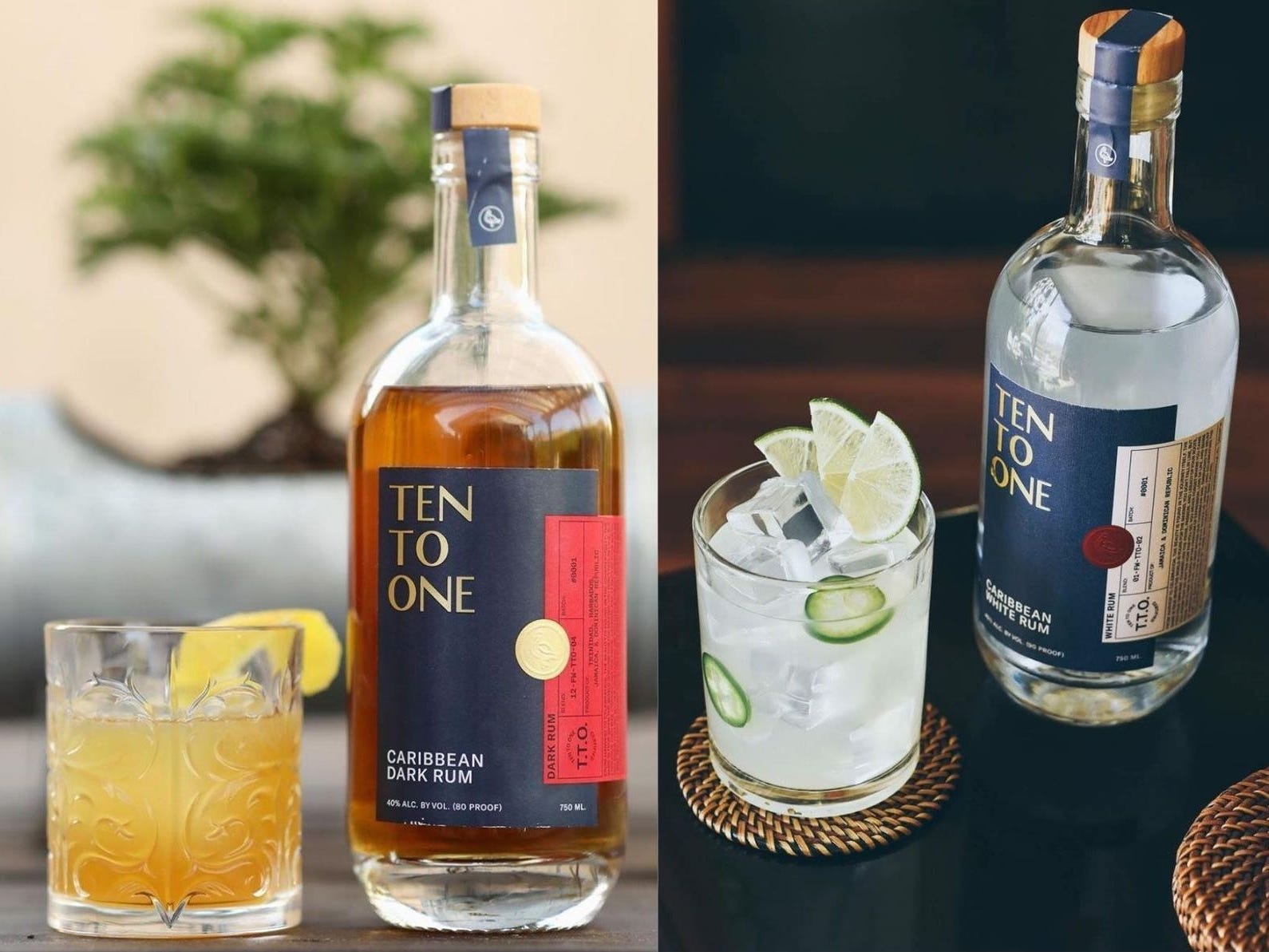 The 12 best natural wines, according to expert sommeliers and winemakers

If you’re looking to refill your wine cooler, nothing says summer more than an array of natural wines. These wines will often have “above-board agricultural practices, native-yeast fermentation, and no additives beyond minimal sulfuring” according to sommelier Billy Smith. Natural wines are available in everything from white and sparkling to […] 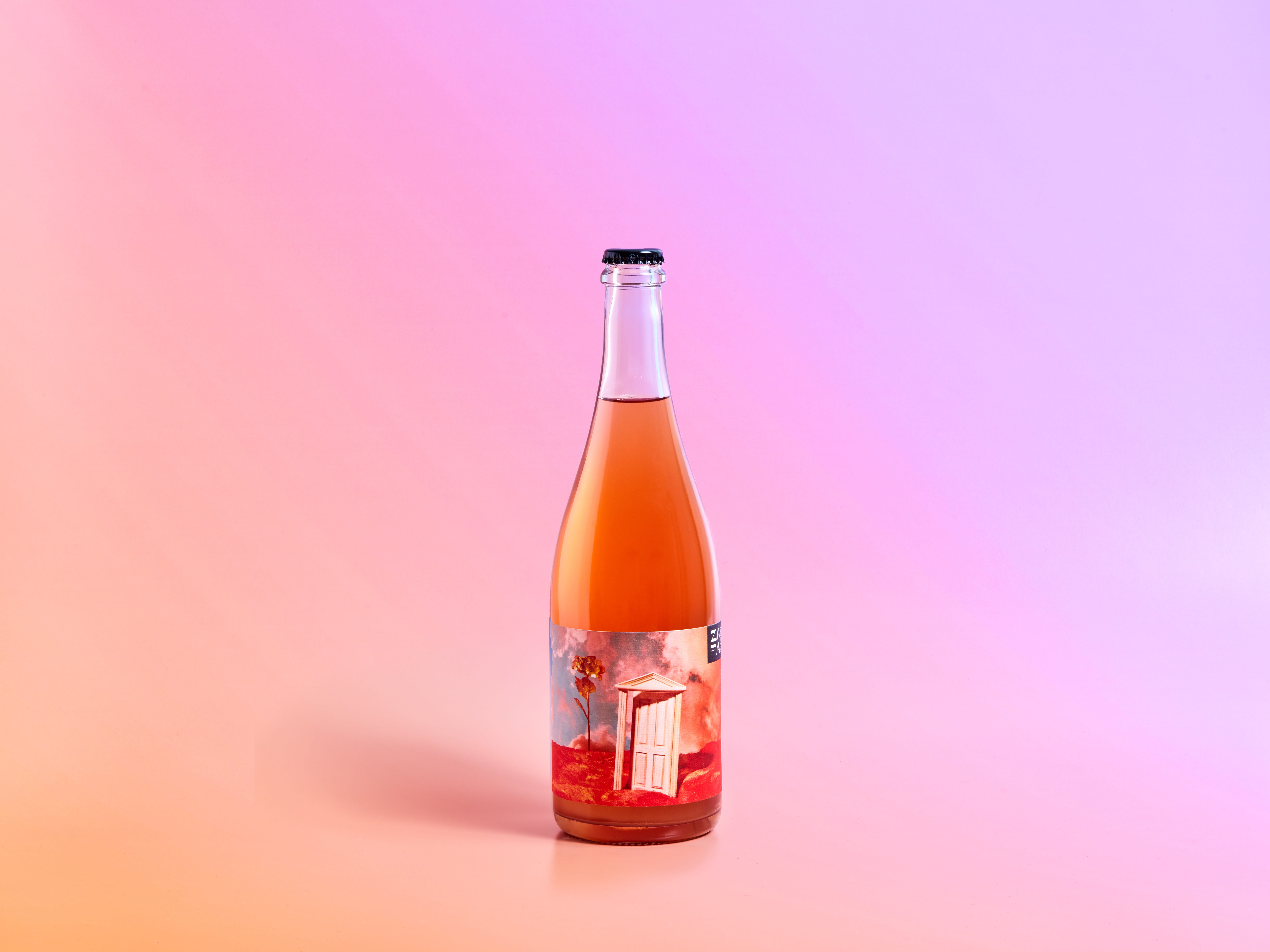 The 11 best vodkas you can buy, according to mixologists and spirits experts

Vodka is one of the world’s most popular spirits and a key ingredient in traditional cocktails like martinis, Bloody Marys, and Moscow mules. Despite its generally neutral base, not all vodkas are created equal; some can be harsh on the nose and throat, while others offer a silky or velvety […] 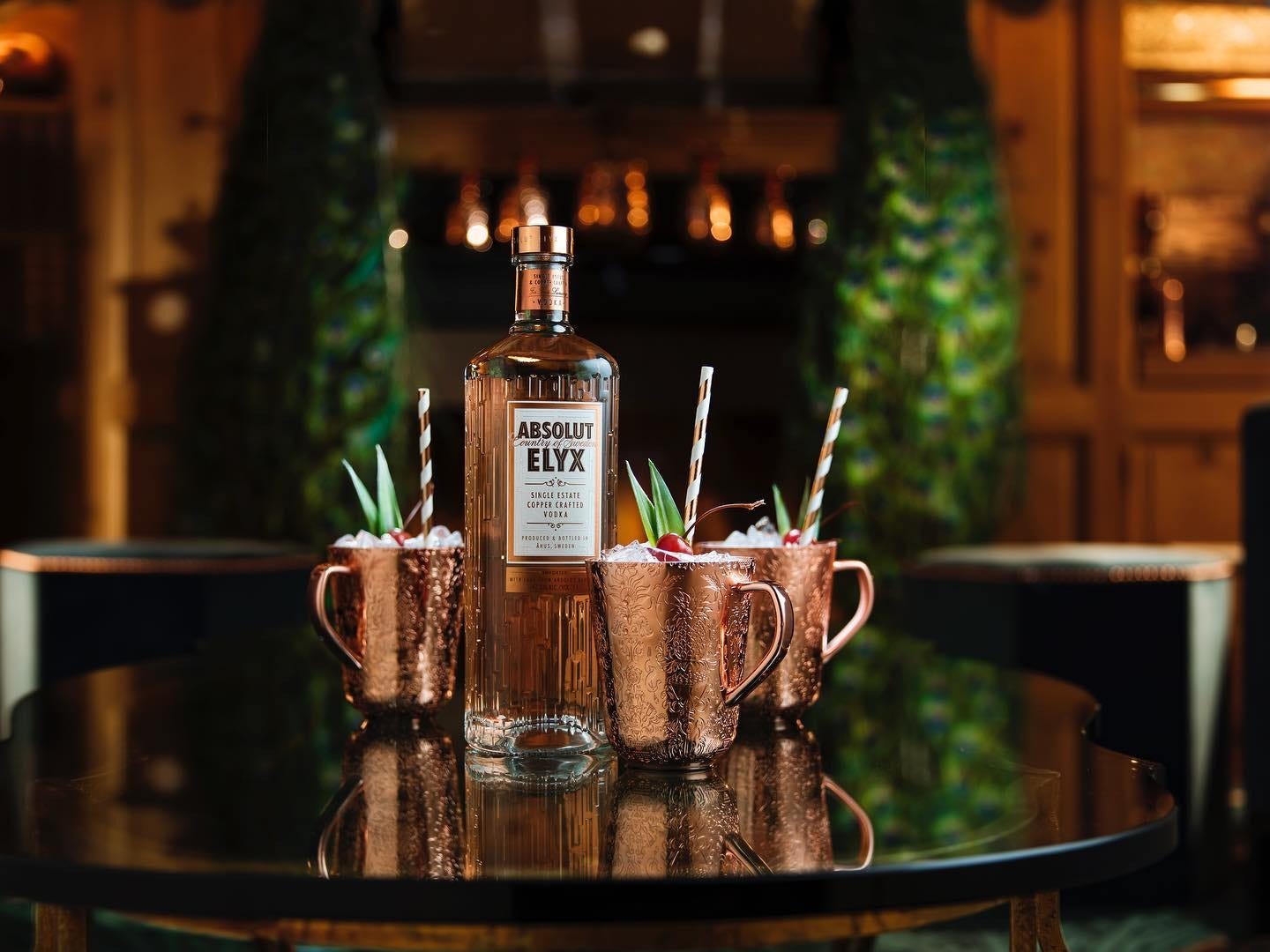 4 tips for avoiding a hangover when you’re day drinking

Insider pulled together four tips to help you enjoy summertime day drinking without ending up with a pounding headache. Make sure to stay hydrated by drinking a glass of water after every drink. Avoid sugary cocktails, beers, and wine coolers. Make sure to get some time in the shade, because […] 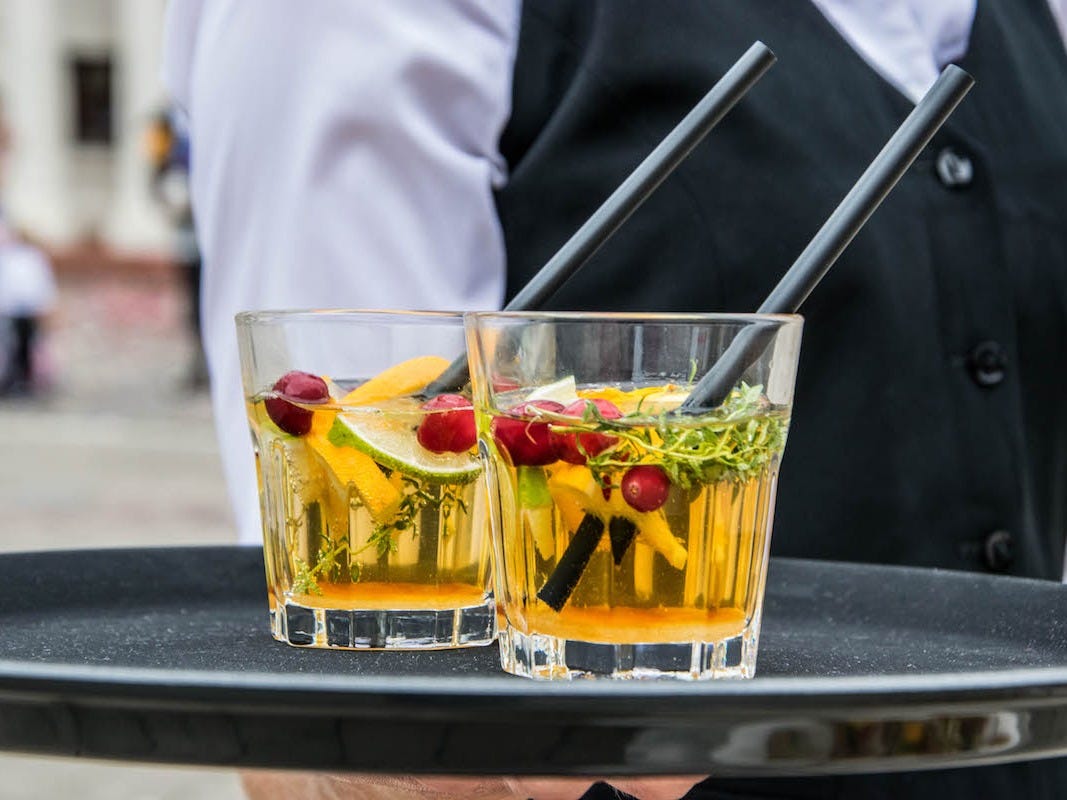 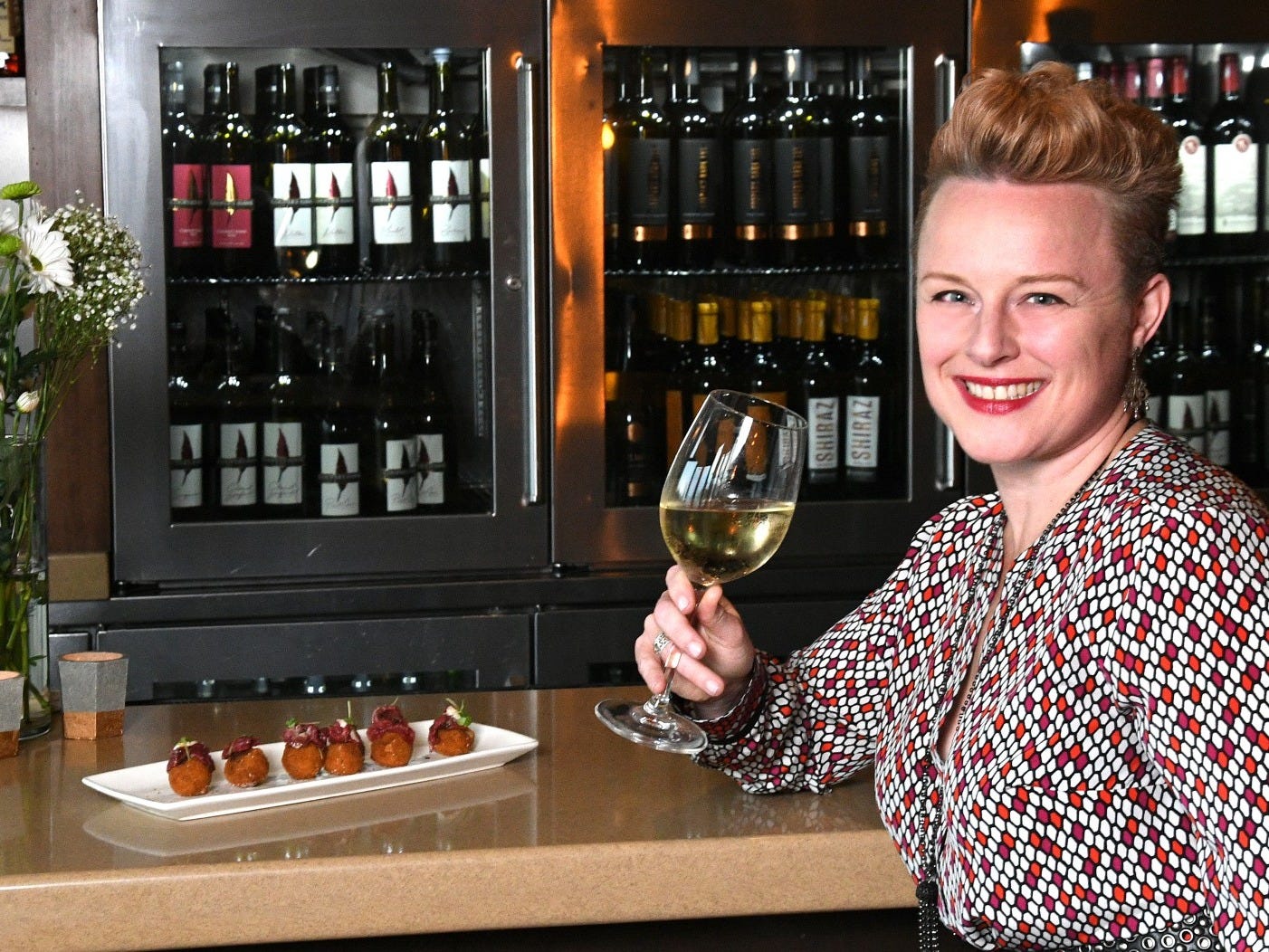 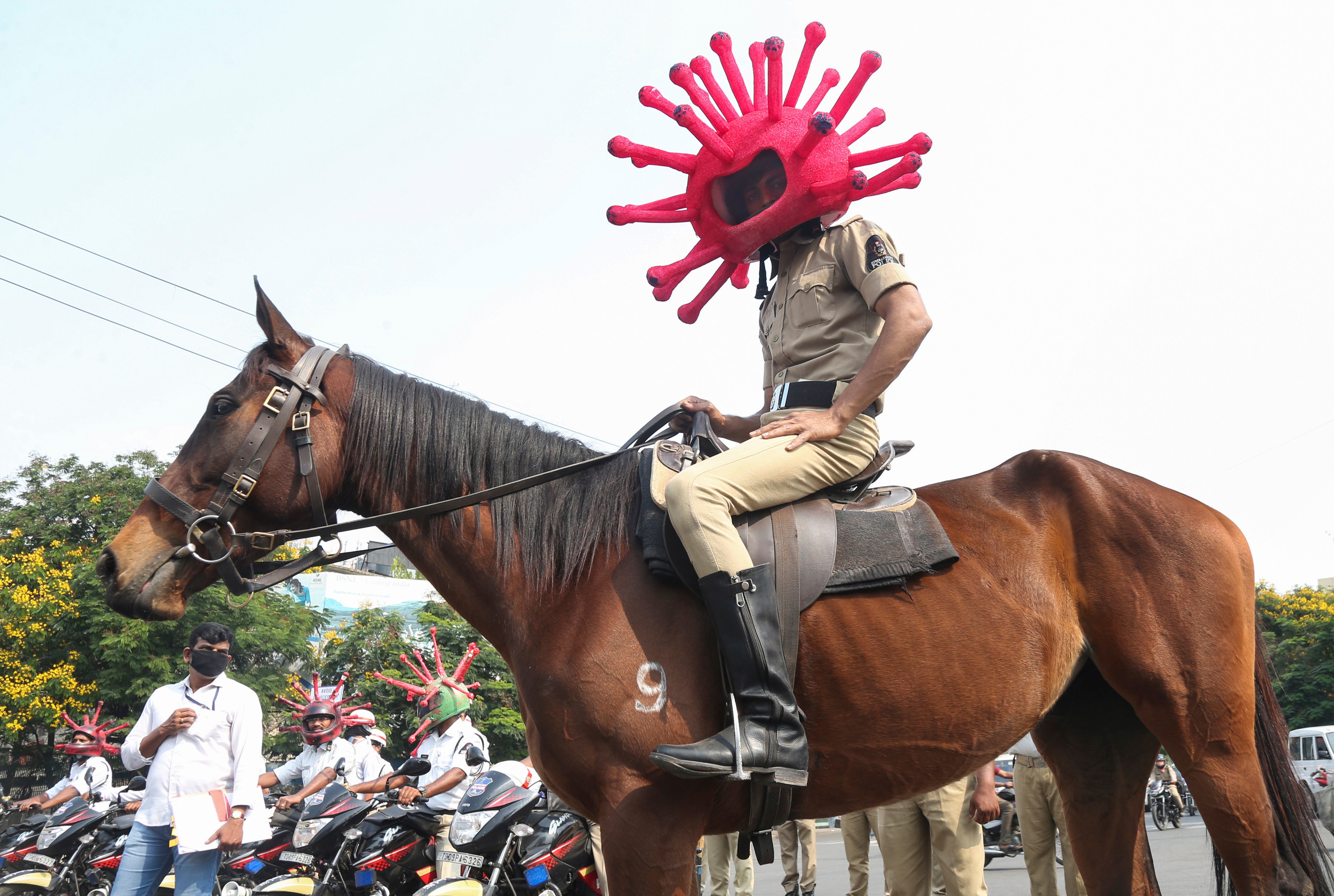 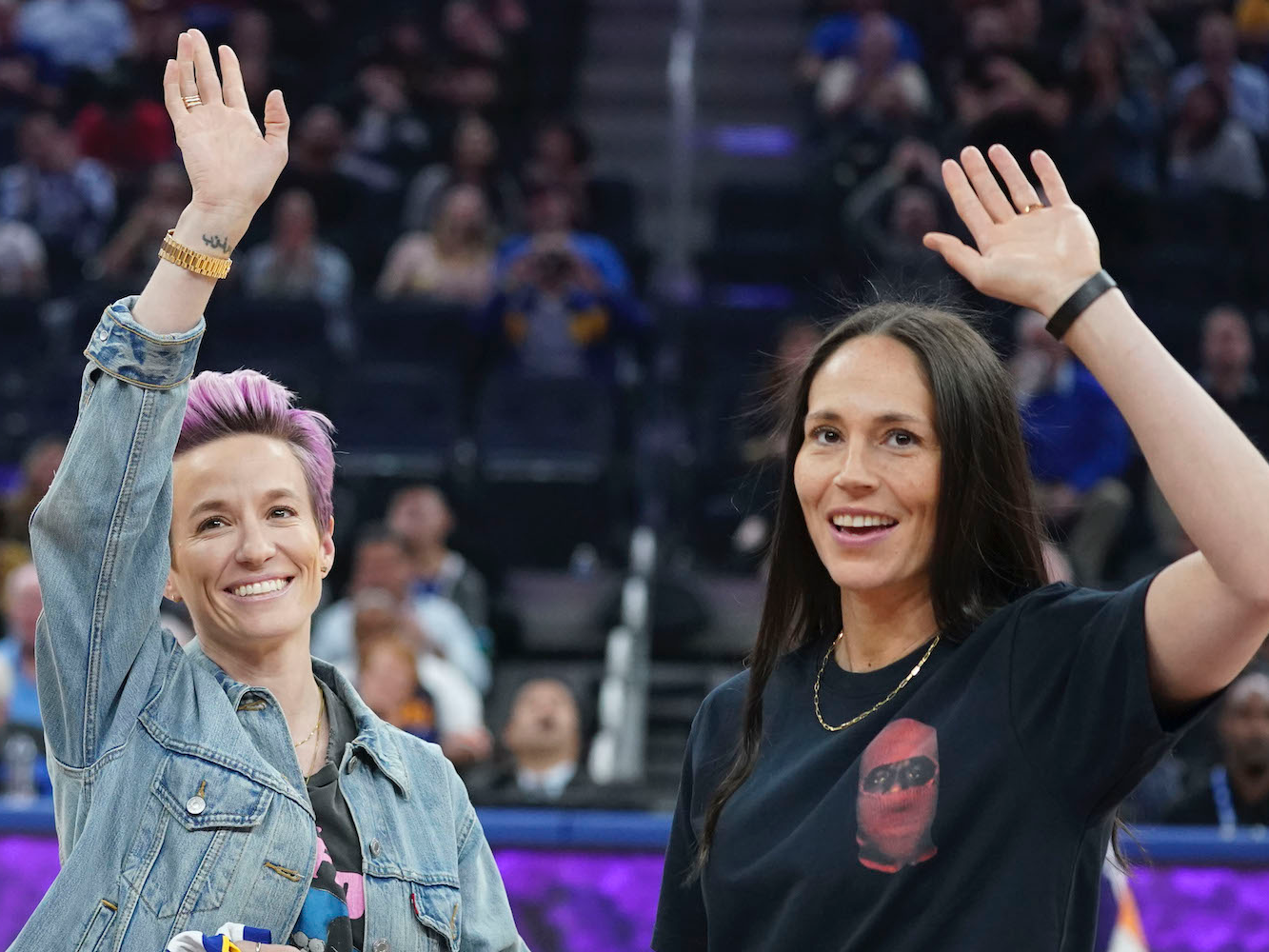 The liquor Michael Jordan was drinking during his ‘Last Dance’ interviews is a Tequila brand he co-owns, and bottles can go for as much as $1,800 each

Throughout the premiere of “The Last Dance,” many viewers were curious as to what type of liquor Michael Jordan was sipping on during his confessional from his home. ESPN’s Ramona Shelburne reported that His Airness was drinking tequila from a brand called Cincoro, which he co-owns with Los Angeles Lakers, […] 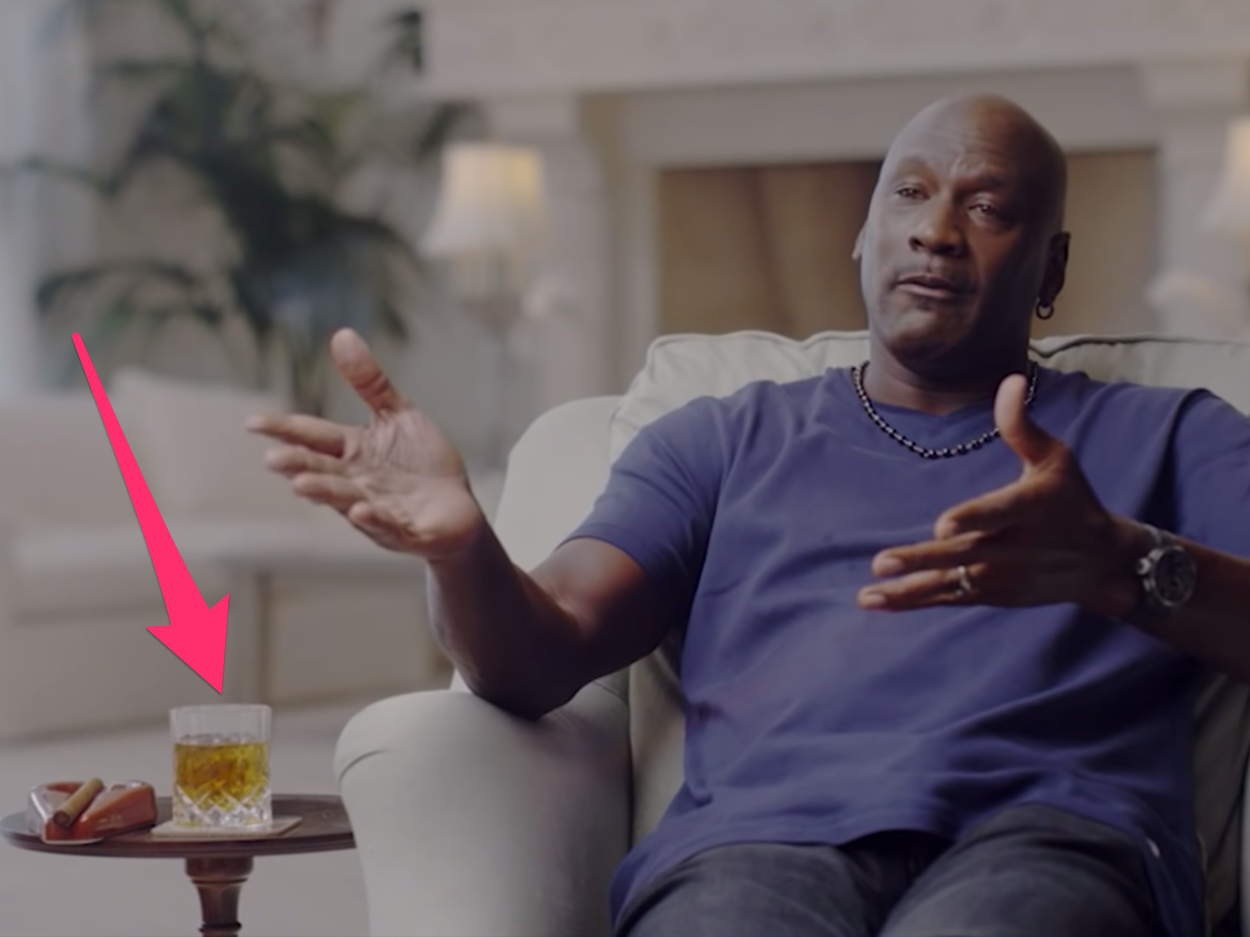 Business is booming at ‘essential’ liquor stores during the coronavirus pandemic, leaving workers in an uneasy position

Alcohol sales are booming, with total sales up 25% in the week ending April 4 according to Nielsen. Liquor stores have been deemed “essential businesses” in most states, to avoid dangerous repercussions for people who are dependent on alcohol. However, sellers are scrambling during the unprecedented pandemic and workers are […] 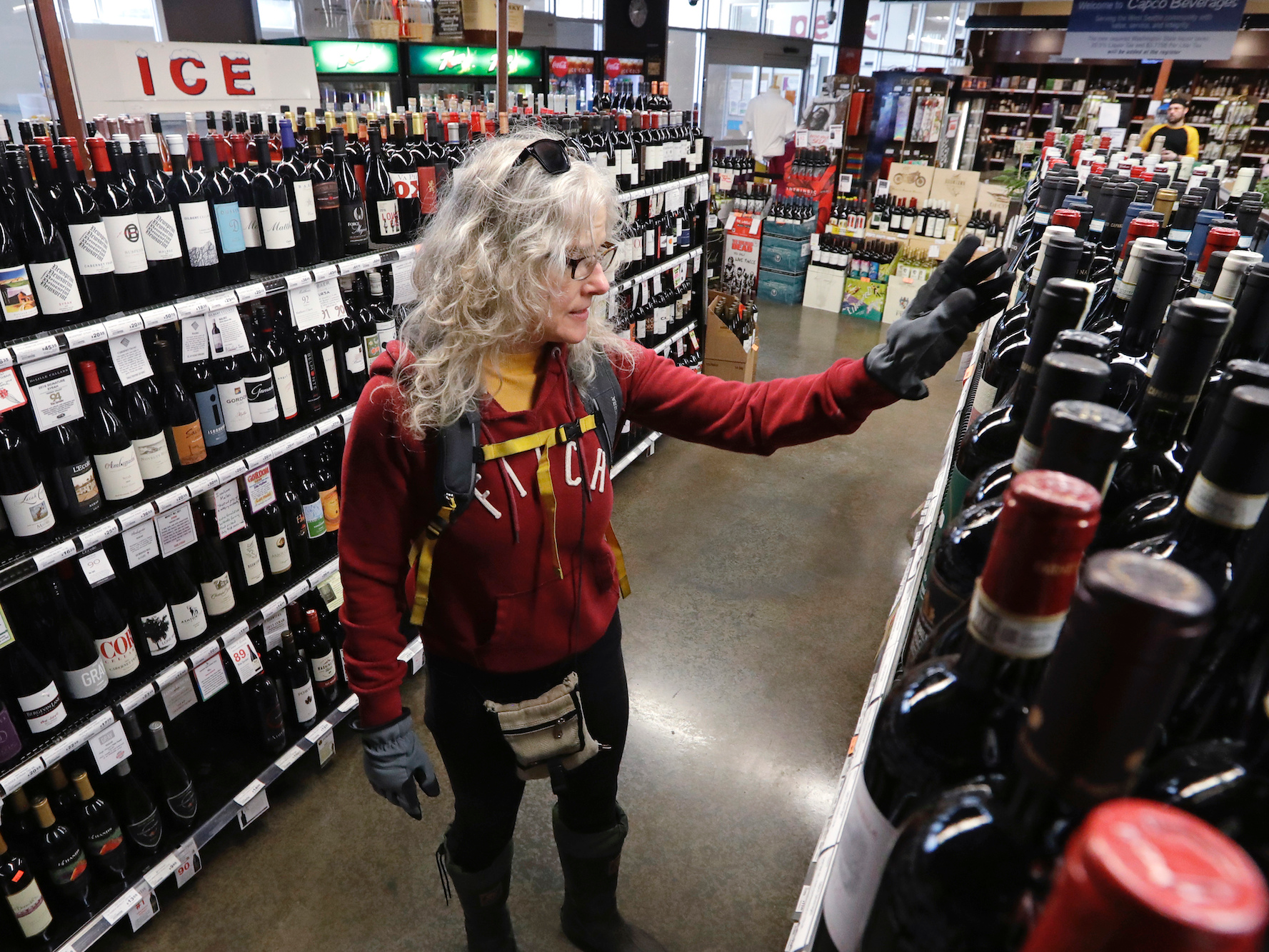 Pennsylvania announced liquor stores would reopen for online sales, but many people were unable to order due to ‘overwhelming demand’

Pennsylvania liquor stores closed statewide on March 17 in response to the coronavirus pandemic. On Wednesday, the Pennsylvania Liquor Control Board announced that while stores would remain closed, a “limited number” of online orders would be available, with a maximum of six bottles per transaction. Residents quickly went to place […] 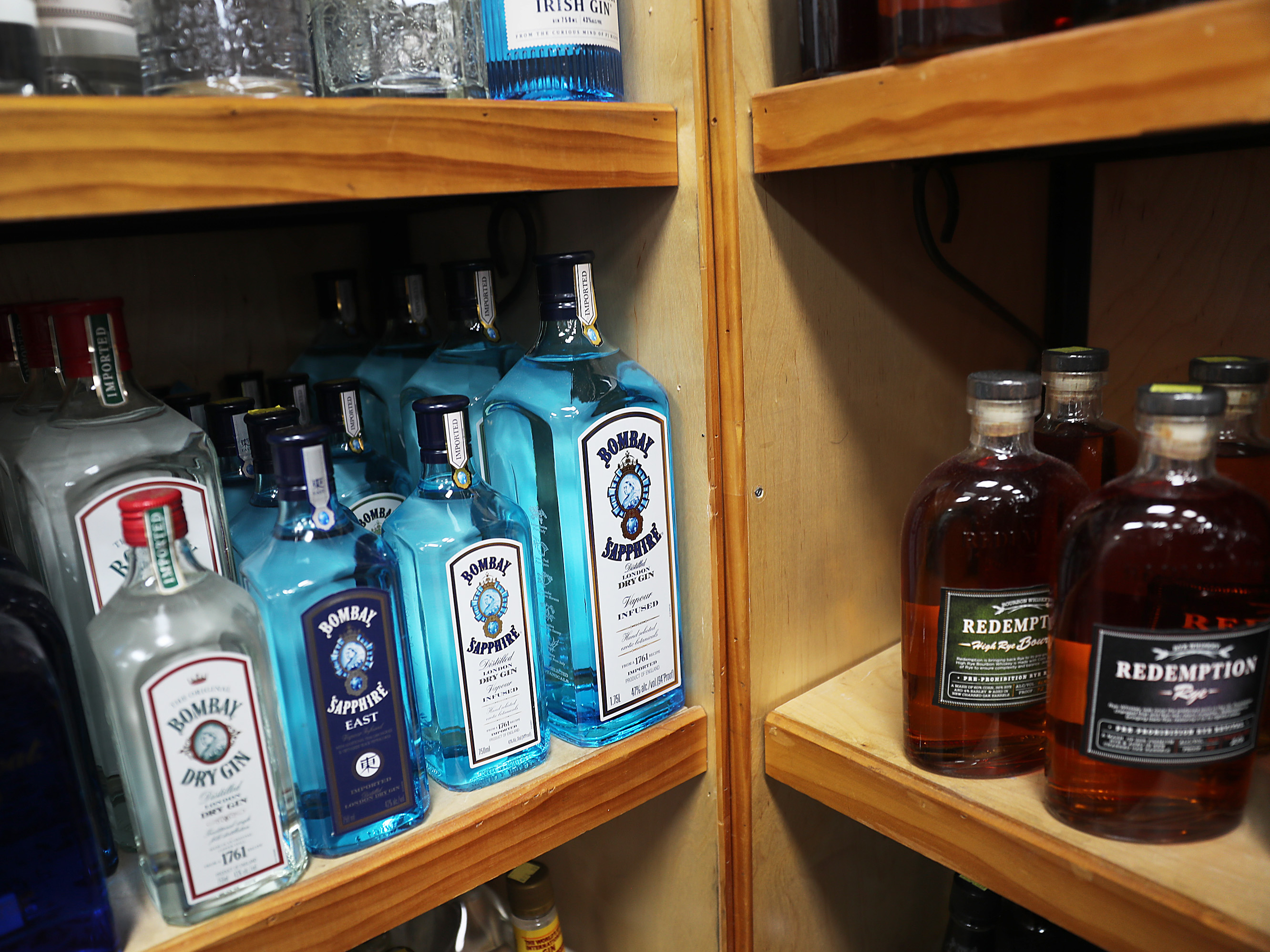 New York liquor stores were deemed “essential” by the state and will remain open during the slew of shutdowns in response to the coronavirus. Gov. Andrew Cuomo signed an executive order Friday requiring employees at nonessential businesses to work from home until further notice. Some of the exceptions are pharmacies, […] 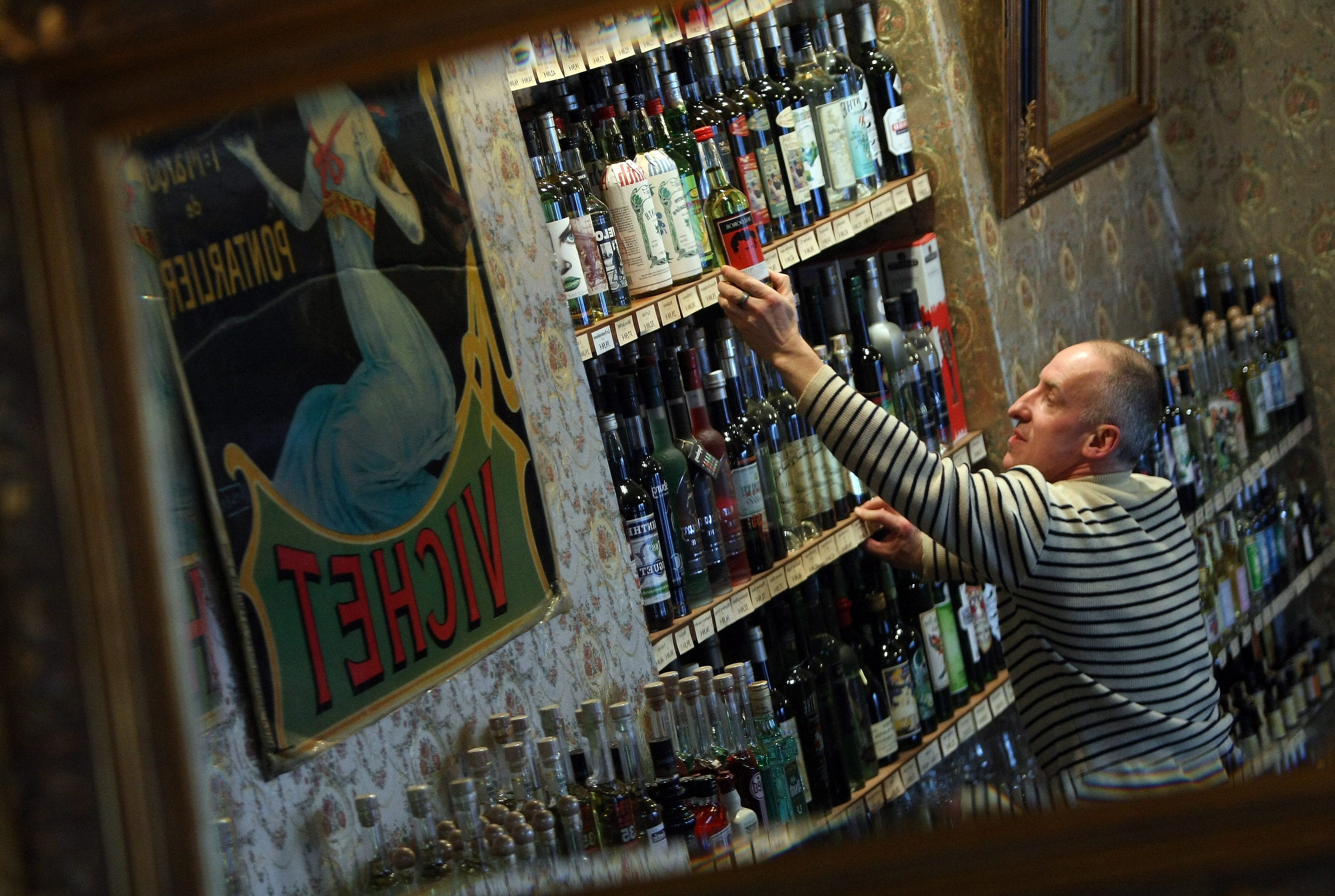 Beyond beer and wine, it will be difficult to get alcohol in the Commonwealth of Pennsylvania, in the wake of the coronavirus spread. The state-run chain that has a monopoly on liquor sales is closing on Tuesday night. “In these uncertain and unprecedented times, the public health crisis must take […] 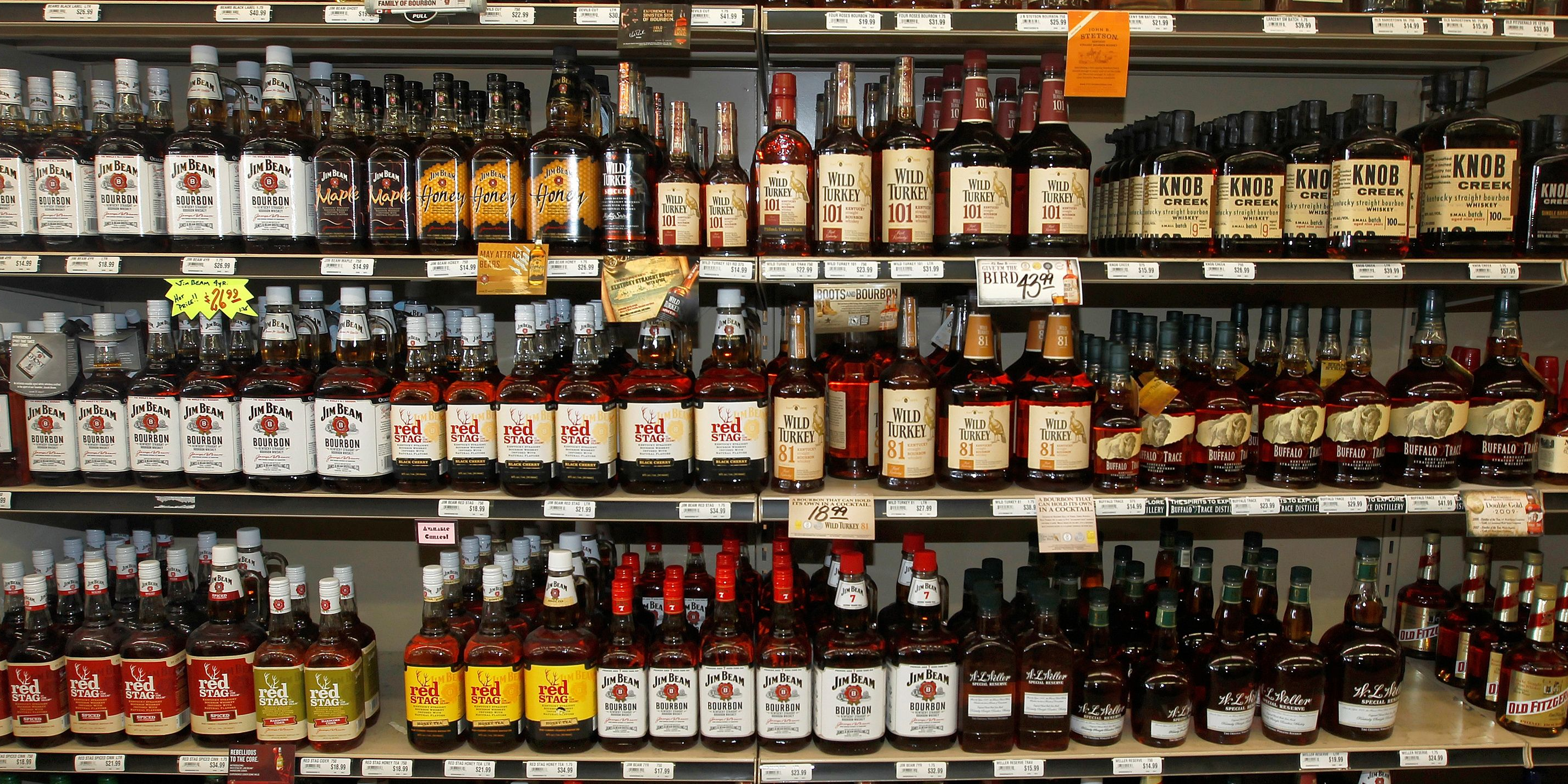 Being a bartender involves a whole lot more than just making drinks and taking people’s money. Bartenders like me have to do hours of prep work and cleaning while memorising people’s orders, keeping an eye on unruly customers, and honing their knowledge of cocktails, to name a few. Visit Business […] Sam Adams sells a $US210 beer that’s banned in 15 states: the barrel-aged Utopias. Utopias has an ABV of 28% and is made using a time-intensive brewing process that combines aged extreme beers in wooden port, Cognac, and Madeira barrels. We tasted Utopias, and we were starkly divided into two […] Amazon is trying to open a liquor store in San Francisco selling beer, wine, and spirits. The company has applied for a liquor licence and approval from the city to open a storefront at its warehouse in San Francisco. The brick-and-mortar store, reportedly 200 square feet in size, would operate […] I’m a bartender — here are 7 brands you’re spending way too much money on, and what you should be ordering instead

Brand loyalty goes a long way, and that’s especially true at a bar. Bartenders like me know there are some brands of liquor that are not worth their high price tags, but customers keep ordering them anyway. Here are some of the brands I think customers are spending too much […]