Photo Essay: Out at Takes the Cake, the ‘drag king and thing’ competition that’s expanding the possibilities of drag

Takes the Cake, a competition for 'drag kings and things,' is expanding the limits of what drag artists can be. 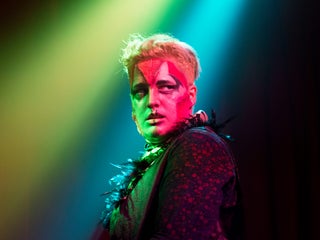 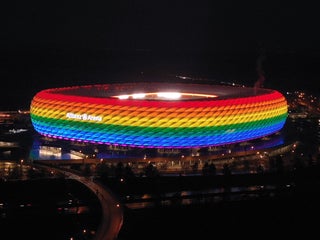 The Eastland Cove Homeowner's Association said the flag violates a neighborhood rule, but the two men told NBC News they will not take it down. 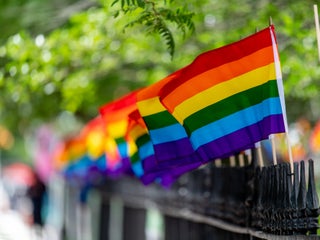 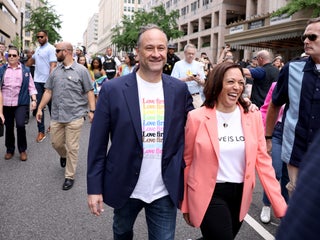 Now that other states have taken up similar bills, one trans woman said there could be "a lot of places to run from." 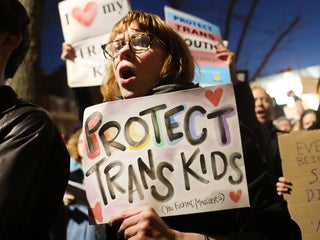 A dozen other states have already banned the defense, which has traditionally been used in murder and assault cases against LGBT victims. 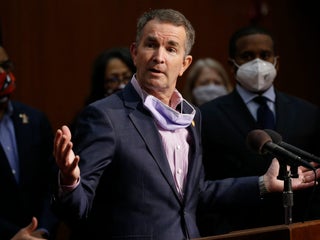 Gov. Asa Hutchinson signed legislation on Friday that allows doctors to refuse to treat patients because of religious or moral objections. 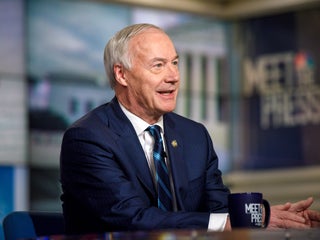 Anti-LGBT organisations have been able to fundraise through Amazon’s charitable donation program AmazonSmile, a new report from nonprofit Open Democracy says. The program allows customers to donate to charities when shopping on Amazon. This included one organisation that said COVID-19 was the “consequential wrath of God” for behaviour including “proclivity […] 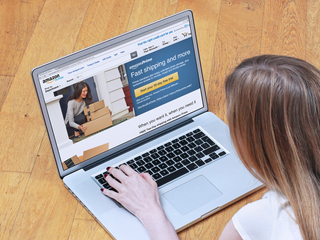 Thousands of people rallied and marched in Brooklyn, New York on Sunday in support of Black trans lives, which have sometimes been overlooked in the broader Black Lives Matter movement. The rally featured numerous speakers, including the sister of a transgender woman who died in solitary confinement at Rikers Island […] 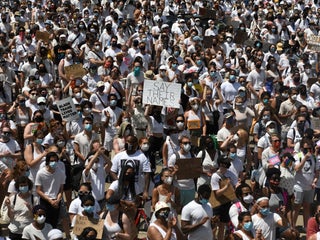 LGBTQ couples around the world have fought to have their love recognised with the same marriage rights as straight people. Thirty countries worldwide allow same-sex marriage, according to the Pew Research Centre . But most of these gains did not come without a fight from campaigners and couples in love. […] 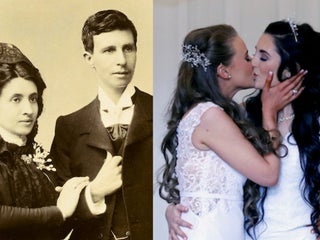 47 of the most groundbreaking LGBTQ characters and relationships on TV

LGBTQ representation on TV has made huge strides in recent years. More recent series like “Glee,” “Pose,” and “Orange Is the New Black” reflect the complex and many-varied experiences of queer people. This was made possible by early shows like “Queer as Folk,” “The L Word,” and “Will & Grace,” […] 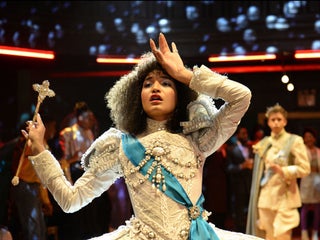 As a group, LGBTQ people often face worse health outcomes than their straight and cisgender peers. They also struggle to find doctors who are knowledgeable about these issues. In some cases, they struggle to find providers who treat them with respect – or even treat them at all. INSIDER spoke […] An Alabama sheriff’s deputy has been placed on leave after reportedly writing a Facebook comment that mocked the recent suicide of an LGBTQ teen, the Madison County Sheriff’s Office confirmed. Nigel Shelby, 15, died by suicide last Thursday after being bullied over his sexual orientation, his mother told news outlets. […]

Donald Trump appeared unaware of his own administration’s plans to push for global decriminalization of homosexuality. When asked about it by a reporter on Wednesday, Trump said: “I don’t know which report you’re talking about. We have many reports.” NBC News reported the White House’s plans to campaign for a […] Taiwan woke up on Sunday morning a very different island following a series of political blows that dashed hopes of moving toward legalizing same-sex marriage. Last year, Taiwan’s highest court ruled that same-sex couples had the right to legally marry and set a two-year deadline for legalization. The move seemingly […] Beth Ford, the newly-appointed CEO of Land O’Lakes, became the first openly gay woman to lead a Fortune 500 company on Wednesday. She’s also one of just 25 women on the list overall. Her promotion to chief executive officer is being hailed as a victory for advocates of LGBT rights. […] In the US, June is Pride month. It’s a time when cities show extra support for LGBTQ+ rights, culture, and communities through parades, drag shows, film festivals, talks, rallies, and more. The tradition that goes back to the early 1970s, when New York and San Francisco began hosting events to […] June is Pride Month, when cities across the US show support for LGBT+ rights, culture, and communities. It’s a tradition that goes back to the early 1970s, when cities began hosting events to commemorate the Stonewall Riots and highlight issues that LGBT+Americans still face. Here’s what Pride Month is all […] Australia overwhelmingly voted to legalise same-sex marriage on Thursday. MPs from both sides celebrated the feat together in a rare show of unity. This photo taken of Labour MP Linda Burney hugging Liberal MP Warren Entsch captured a moment of humanity in politics. After years of public debate, a $US122 […] Twumps in London is an anti-Trump bar. It...