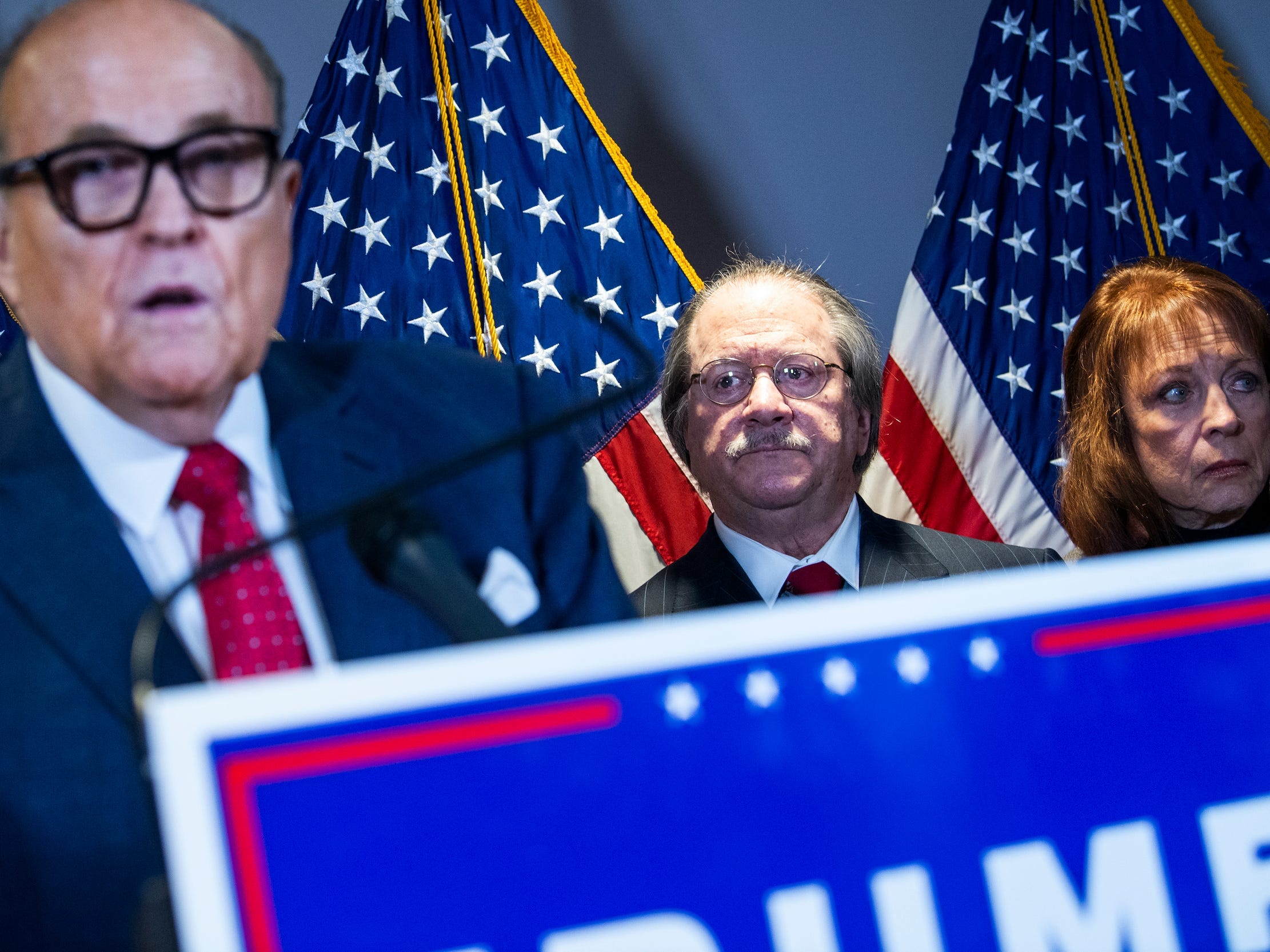 Will Rudy Giuliani be disbarred? Probably not for Trump’s election lawsuits, experts say.

Rudy Giuliani has been criticised for frivolous, dishonest litigation and is on the receiving end of calls to take away his legal licence. Giuliani is representing President Donald Trump’s presidential campaign in numerous failed election lawsuits and has floated conspiracy theories about election fraud. Experts say that disbarment is unlikely, […] 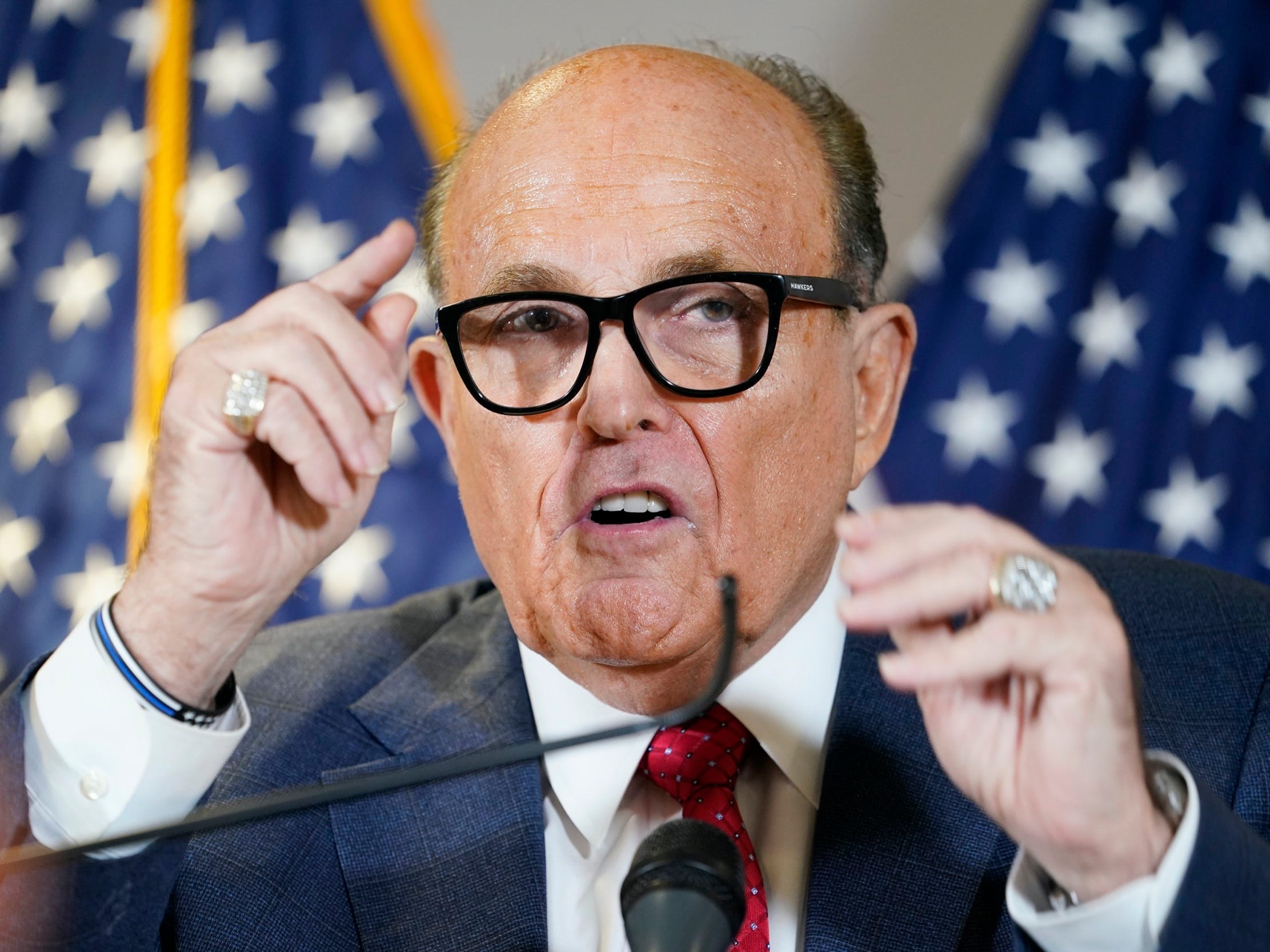 Over the last few years, President Donald Trump has named many, many individuals he claims he doesn’t know when they have been embroiled in controversy. There’s plenty of documented evidence suggesting he, in fact, has either come in contact or held a close relationship with each of them. Each of […] A new collection of personal photos show Giuliani’s ‘fixer’ Lev Parnas with Trump’s inner circle, despite claims they don’t know each other

The House Judiciary Committee released a new trove of documents that detail the key role of Lev Parnas, a Ukrainian businessman, in working closely with President Donald Trump’s lawyer Rudy Giuliani to seek dirt on former Vice President Joe Biden. Parnas has come under scrutiny in the impeachment inquiry as […] Lev Parnas and Michael Cohen are right to think working for Trump was like being in a cult, according to a cult expert

In an interview with MSNBC’s Rachel Maddow Thursday night, former Giuliani associate Lev Parnas said working for Trump was “cult-like.” An expert on cults said he’s right. Steve Hassan, author of “The Cult of Trump” and a former cultist himself, told Insider that aspects of Trump’s circle meet the definitions […] Trump lavished praise on Giuliani, then hinted he may throw him under the bus by denying any knowledge of a letter his attorney sent Ukraine’s president

Trump on Thursday claimed not to know about a letter in which Rudy Giuliani claimed to be acting with the president’s “knowledge and consent” in Ukraine. “I don’t know anything about the letter, but certainly Rudy is one of the great crime fighters in the history of our country,” Trump […] Trump surrounded himself with yes-men who treated him like a cult leader. As his impeachment trial looms, that could prove a disaster.

President Donald Trump is on the back foot thanks to an intervention by Lev Parnas, a onetime supporter involved in the Ukraine shadow diplomacy that prompted Trump’s impeachment. Ahead of Trump’s trial in the Senate, Parnas emerged with a slew of allegations that make the president’s position even more difficult […] FBI agents visited the home of the Robert Hyde, the Giuliani associate who said he surveilled former ambassador Marie Yovanovitch

FBI agents were seen visiting both the home and business addresses of Robert Hyde, an associate of Rudy Giuliani now central to the impeachment of President Donald Trump. NBC News and CNN both report that the FBI visited Hyde’s home in Weatogue, Connecticut and the location in Avon, CT where […] In an interview with MSNBC’s Rachel Maddow on Wednesday night, Rudy Giuliani’s associate Lev Parnas said he sought to broker a deal with Ukrainian energy tycoon Dmytro Firtash. He claimed that he wanted US corruption charges against Firtash dropped in exchange for information that would damage the credibility of the […] Ukraine on Thursday announced it had launched a criminal investigation into alleged threats against Marie Yovanovitch while she was serving as the US ambassador to Ukraine. Yovanovitch was abruptly ousted from her post last year following what she and others characterised as a smear campaign against her. The House Intelligence […] ‘Barr had to have known everything’: Giuliani associate Lev Parnas alleges AG Barr was ‘basically on the team’ to pressure Ukraine

In an interview with MSNBC’s Rachel Maddow that aired Wednesday, Lev Parnas provided new details about the Ukraine pressure campaign. Parnas was a business associate of the former New York mayor Rudy Giuliani and is a key figure in Giuliani’s efforts to pressure Ukraine into caving to President Donald Trump’s […] Giuliani associate says John Bolton is a key impeachment witness, bolstering Democrats’ calls for him to testify in Senate trial

Rudy Giuliani’s associate Lev Parnas told MSNBC’s Rachel Maddow on Wednesday that the former national security adviser John Bolton knew “100%” about the Trump administration’s efforts to pressure Ukraine. “He has a lot to say,” Parnas told Maddow. Democrats in both the House and the Senate want Bolton to testify […] Rudy Giuliani’s associate Lev Parnas gave an exclusive interview to MSNBC’s Rachel Maddow on Wednesday. Parnas claimed in the interview that Trump asked Vice President Mike Pence to cancel his trip to Ukraine after the country didn’t announce an investigation into the Bidens. He also told Maddow that Pence was […] House Speaker Nancy Pelosi made an unprecedented and risky call when she held off on forwarding articles of impeachment against President Donald Trump to the Senate last month. It sparked a political firestorm, and in the weeks since she has been criticised heavily. But it looks like Pelosi’s gamble paid […] Giuliani associate Lev Parnas threw Trump under the bus in a new interview, saying the president ‘knew exactly what was going on’ in Ukraine the whole time

Lev Parnas, a Ukrainian American associate of Rudy Giuliani, gave MSNBC’s Rachel Maddow an exclusive interview on Wednesday. He told Maddow that President Donald Trump “knew exactly what was going on” when Parnas was carrying out his orders in a pressure campaign against Ukraine’s new president. Parnas, who pleaded not […] A GOP congressional candidate allegedly behind the surveillance of Marie Yovanovitch called her a ‘scumbag’ on Twitter, and spread conspiracy theories about Ukraine

An associate of President Donald Trump’s personal lawyer Rudy Giuliani spelled out in a handwritten note his key objective for Ukraine President Volodymyr Zelensky: Announce a criminal probe into Democratic frontrunner Joe Biden. “Get Zalensky to Annonce that the Biden case will be Investigated,” Lev Parnas wrote on notepaper from […] An attorney for former US Ambassador to Ukraine Marie Yovanovitch is calling for an investigation after documents released by the House Intelligence Committee suggested she was under surveillance prior to being ousted from her position. In one conversation, Rudy Giuliani’s Ukrainian associate Lev Parnas and Parnas’s associate Robert Hyde, a […]