The prime minister of the Netherlands Mark Rutte adhered to the country’s lockdown rules and did not visit his mother as she died, his office has said. Rutte even attended a cabinet meeting about the coronavirus on the day of his 96-year-old mother’s death, according to local media. The announcement […] 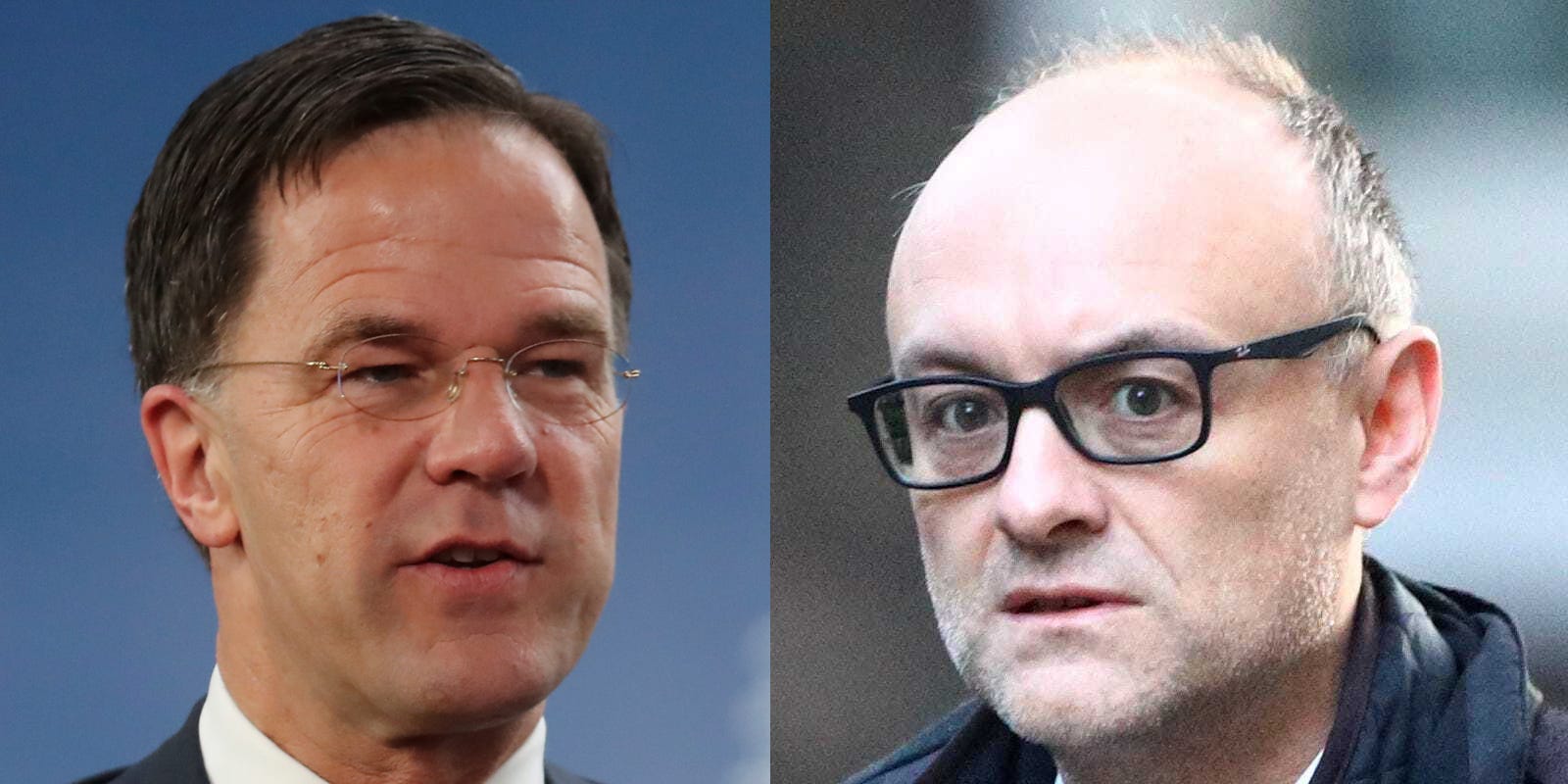 President Donald Trump joked about greeting Irish Prime Minister Leo Varadkar during his visit to the White House on Thursday, amid the coronavirus pandemic that fuelled wariness over physical interactions. Trump added that he recently came back from his trip to India in late February, where he “didn’t shake any […]

Britain’s “colonial history” meant it misunderstood Ireland and the EU in Brexit talks, according to Ireland’s leader Leo Varadkar. The Taoiseach said that the UK expected the EU’s other big countries to tell Ireland “what’s what.” Varadkar said that it would be difficult to strike a new free trade deal […] Apple CEO Tim Cook is currently in Dublin, Ireland to receive an award recognising Apple’s investment in the country over 40 years. Irish Prime Minister Leo Varadkar will present Cook with the prize, which was first reported earlier this month. On Saturday, Cook thanked Ireland for its “amazing welcome” and […] The pound is surging after the EU agreed to enter Brexit “tunnel” negotiations with Boris Johnson, increasing the hopes of a deal. Earlier, Business Insider reported that Michel Barnier, the EU’s chief negotiator, was given the go-ahead by member states to enter into detailed discussions with the UK government. The […] UK Prime Minister Boris Johnson and his Irish counterpart, Leo Varadkar, agreed Thursday that they could see the “pathway to a deal” on Brexit after a lengthy meeting. The focus now shifts to Brexit Secretary Steve Barclay, who is meeting in Brussels with the EU’s chief Brexit negotiator, Michel Barnier, […] The pound is soaring after the British and Irish Prime Ministers signalled a Brexit deal could be on the horizon. The two leaders said they saw a “pathway” to a deal after private talks in a hotel in North-West England, the Financial Times reported. The pound jumped 0.7% on the […] Boris Johnson warned that Ireland and the UK might not remain allies after Brexit. The prime minister is in Dublin to meet with the Irish premier Leo Varadkar. Varadkar said that Ireland wanted to remain the UK’s “friend and ally” but it may not be possible. Johnson said that Ireland […] Boris Johnson asked whether Angela Merkel was in the Stasi and questioned why Leo Varadkar isn’t ‘called Murphy like all the rest of them?’

Boris Johnson reportedly asked aides whether Angela Merkel was in the Stasi and questioned why Leo Varadkar isn’t “called Murphy like all the rest of them?” The comments were made while he was foreign secretary, according to the Financial Times. Johnson has previously called the French “turds” and compared the […] Ireland’s prime minister denied Trump a photo op at his Irish golf course, report says, and met him in an airport lounge instead

Ireland’s prime minister, Leo Varadkar, met US President Donald Trump at an airport lounge on Wednesday, having reportedly rejected a proposal to meet at Trump’s Irish golf course. The Irish Times reported in May that the Irish government had pushed back on Trump’s desire to meet at his golf course […] Irish Prime Minister Leo Varadkar took his partner, Matthew Barrett, with him on Thursday as he met with Vice President Mike Pence at his residence in Washington, DC. Pence, a conservative Christian, has opposed same-sex marriage and the repeal of the “don’t ask, don’t tell” policy in the past. In […]

EU and Ireland issue Irish border Brexit warning to Theresa May: ‘There isn’t much time left’

LONDON – Irish Taoiseach Leo Varadkar has warned Theresa May that “there isn’t much time left” to find a solution to the Irish border dilemma which holds the key to a final Brexit deal. Speaking in Dublin alongside European Commission President, Jean-Claude Juncker, Varadkar said a Brexit deal which doesn’t […]

Irish premier Leo Varadkar says the UK risks crashing out of the EU without a deal. He says the EU is “yet to see anything that remotely approaches” to the Irish border issue. “We need to seriously question if we’re going to have a Withdrawal Agreement,” he adds. Ireland’s prime […]

Ireland will be worse off in every Brexit scenario, according to its own impact assessment

Brexit is set to damage Ireland’s economy no matter what deal Theresa May agrees, according to analysis produced by the Irish government. Ireland’s GDP will take a 4.3% hit in a free trade agreement-style Brexit, and a 7% hit if the UK walks away from talks without a deal. Real […]

The European Council president has mocked the... LONDON -- The question of what happens to... Leo Varadkar warns that "clock is ticking" to...