Lamar Jackson thanks Bills fans for donating more than $360,000 to his charity after playoff game

Bills fans donated more than $US360,000 to Lamar Jackson’s favourite charity after their playoff win against the Ravens. On Twitter, Jackson thanked Bills fans for their generosity. It’s not the first time Bills fans have opened their wallets to support the charity of another team’s player. Visit Insider’s homepage for […] 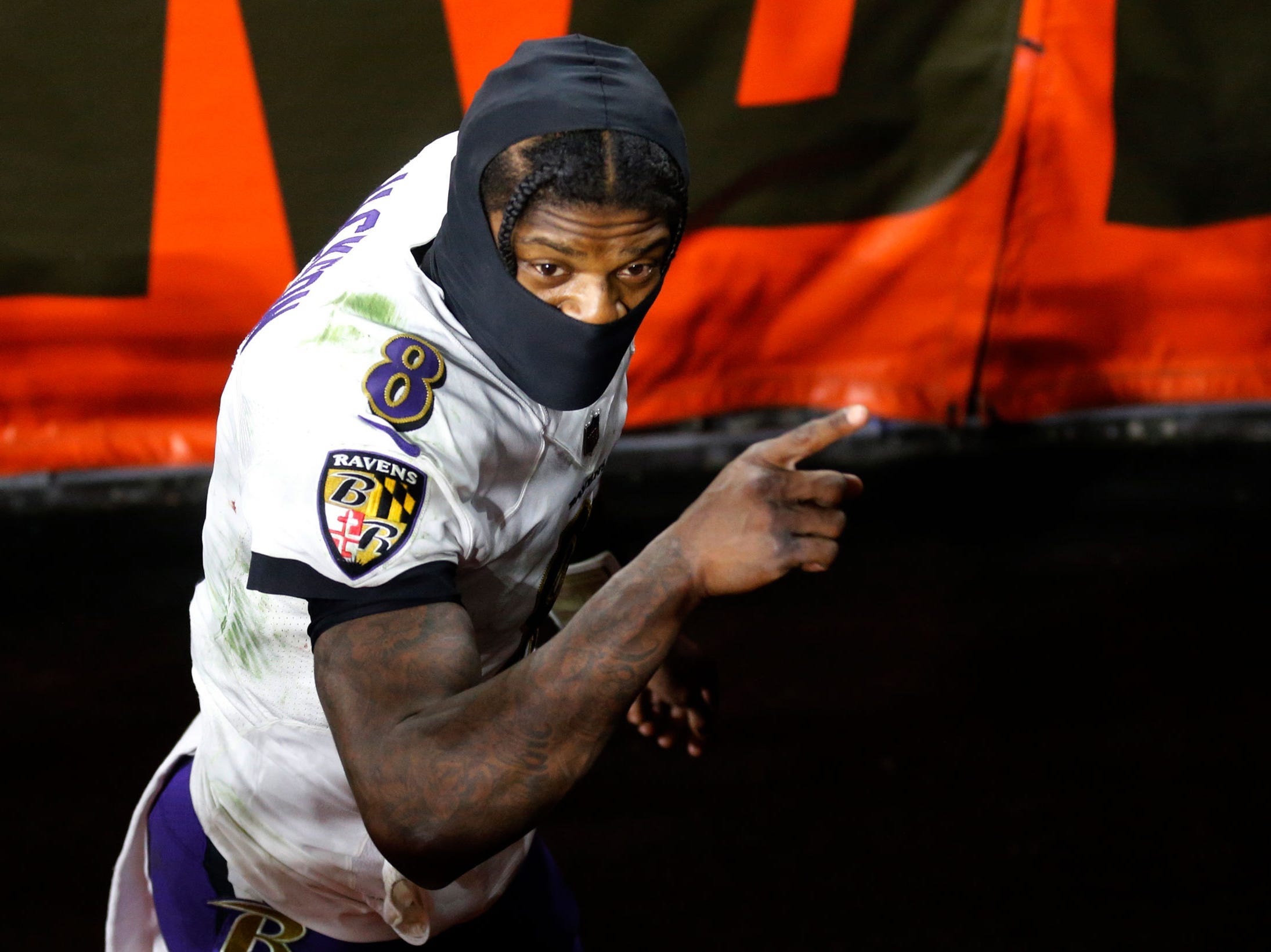 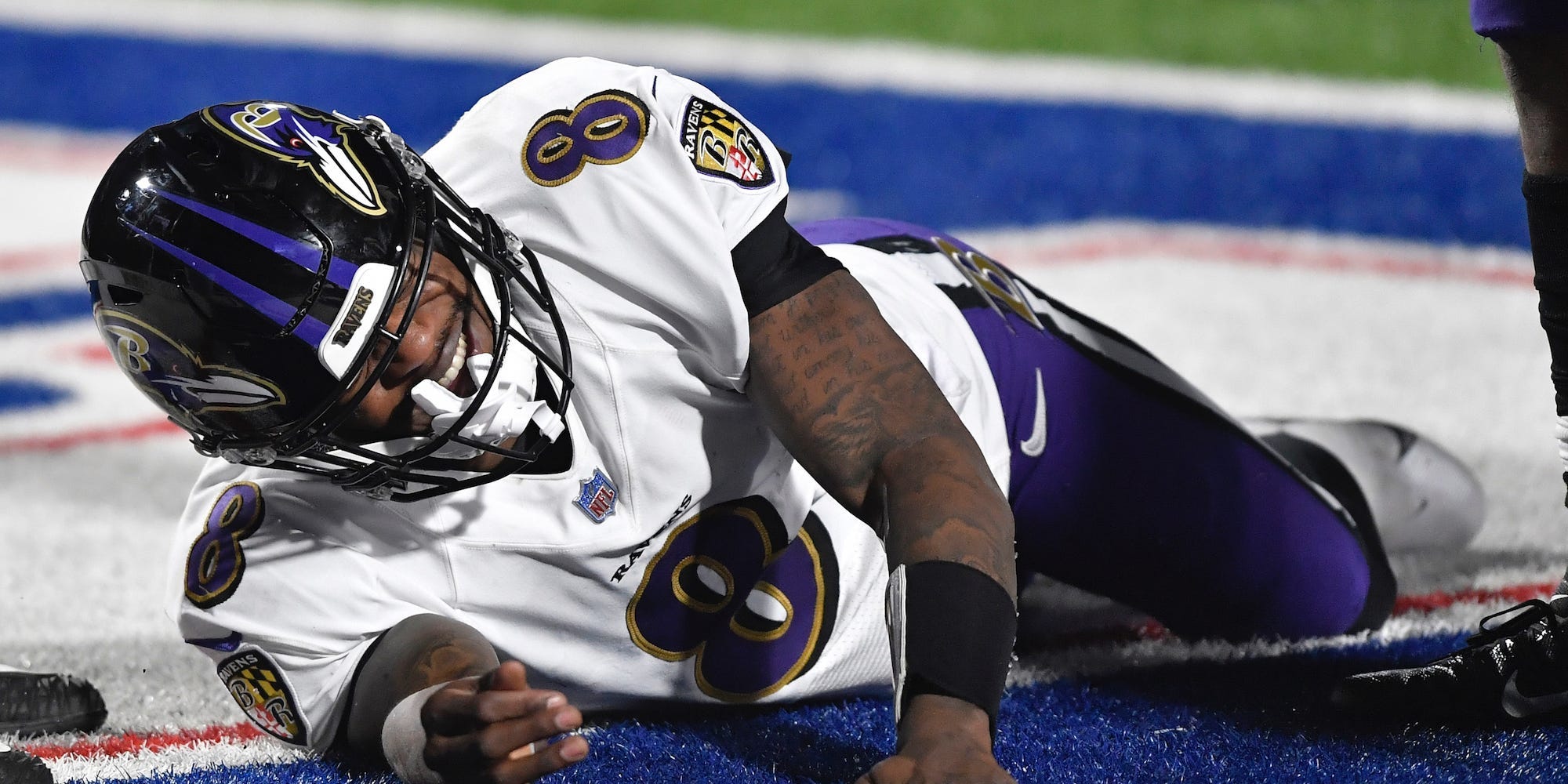 Lamar Jackson says he wasn’t pooping during his extended absence during Monday night’s game. Jackson ran off to the locker room in the middle of the game dealing with “cramps,” but the video had fans wondering if he needed a bathroom break. After returning to the field to beat the […]

Lamar Jackson saved the Ravens season on Monday night. Jackson was missing for an extended period of the game as the Ravens lead against the Browns quickly faded. Video showed Jackson running to the locker room, where he was reportedly dealing with cramps, but fans on Twitter seemed certain he […] 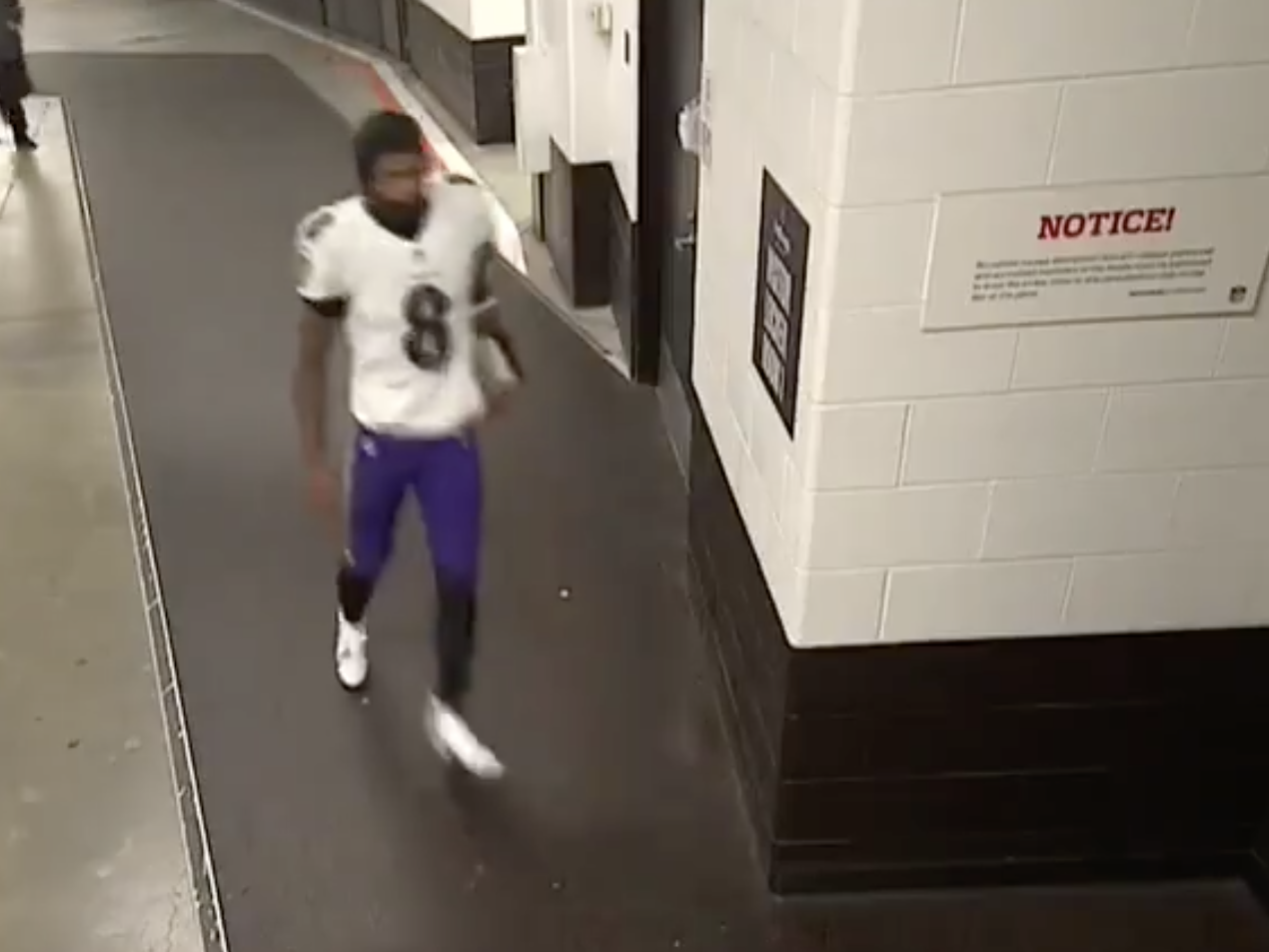 Lamar Jackson and the Baltimore Ravens put together another dominant win on Thursday night, taking down the New York Jets 42-21. Jackson threw for five touchdowns on the night, and also ran for 86 yards, breaking Michael Vick’s record for most rushing yards by a quarterback in a season. After […] After posting yet another huge performance for the Baltimore Ravens, second-year quarterback Lamar Jackson was in high demand for his postgame jersey swap. The 22-year-old wunderkind had to bring extra jerseys out to the field so that every New York Jets player who wanted a souvenir could get their own. […] The San Francisco 49ers suspended their radio analyst Tim Ryan over a comment he made on Monday about Baltimore Ravens quarterback Lamar Jackson. Ryan suggested Jackson was good at faking handoffs because of his “dark skin colour with a dark football.” The 49ers said they were disappointed in Ryan and […] The Baltimore Ravens traded up for the 32nd pick to take Lamar Jackson in the 2018 NFL draft. According to Peter King of NBC Sports, the Ravens feigned uninterest in Jackson before the draft, choosing not to interview him so there wouldn’t be any rumours connecting them to Jackson. Jackson […] Lamar Jackson embarrassed a defender with a simple juke

Lamar Jackson embarrassed a Kansas City Chiefs defender on Sunday with a juke. As Jackson tucked the ball to run it, he froze Chiefs defensive end Alex Okafor by juking, sending Okafor to the ground. Watch the video of the NBA-esque move below: Visit Business Insider’s homepage for more stories. […] ‘Not bad for a running back’: Lamar Jackson silenced his doubters with a brilliant performance

Lamar Jackson got off to a near-perfect start to the 2019 NFL season, leading the Ravens to a 59-10 win over the Dolphins. Jackson completed 17 of 20 passes for 324 yards and five touchdowns and finished with a perfect quarterback rating of 158.3. After the game, Jackson joked that […] Lamar Jackson provided one of the highlights of the preseason with an 18-yard rush against the Green Bay Packers on Thursday night. The play was called back because of a penalty, but Jackson’s juking and hurdling ability showed what a danger he is to opposing defences. After the game, Aaron […] Fantasy football season is almost here. Preseason football can provide a helpful glimpse into the prospects of players you’re considering for your team. After Thursday’s slate of 11 preseason games, we put together a list of 10 performances that could bode well for fantasy players when the regular season finally […] Baltimore Ravens fans booed Lamar Jackson and the Ravens offence in the fourth quarter while they trailed the Los Angeles Chargers 20-3. Jackson had completed just three passes for 25 yards going into the possession, and the Ravens promptly went three-and-out. Some fans called for Joe Flacco to take over, […] The Green Bay Packers selected Louisville corner Jaire Alexander with the 18th pick of the NFL Draft on Thursday night. As Alexander was being interviewed after his selection, his college teammate, quarterback Lamar Jackson, was picked by the Baltimore Ravens. Alexander’s reaction to the good news was caught live on […] The Ravens traded for the final pick of the draft to take the last remaining top quarterback, and it comes with a huge advantage

The Baltimore Ravens traded up in the NFL Draft on Thursday to take Louisville quarterback Lamar Jackson. Jackson may not only be a good fit with the Ravens, taking him in the first round comes with a contractual advantage. The Ravens can extend a fifth-year contract option to Jackson, keeping […] Bill Polian, an ESPN analyst and former NFL executive, believes Lamar Jackson should switch to wide receiver in the NFL. Jackson was a Heisman trophy winning quarterback in college and many believe he is talented enough to get a shot as a quarterback in the league. Jackson’s case has once […] Kansas City Chiefs quarterback Patrick Mahomes challenged the “Madden Curse” by appearing on the cover of the popular video game before the start of the 2019 season. Many of the previous cover athletes have seen their seasons derailed by injuries or off-field issues. Mahomes and the Chiefs won Super Bowl […]