Madame Genevieve Delacroix (played by Kathryn Drysdale) is the town's most in-demand modiste on the hit Netflix show. 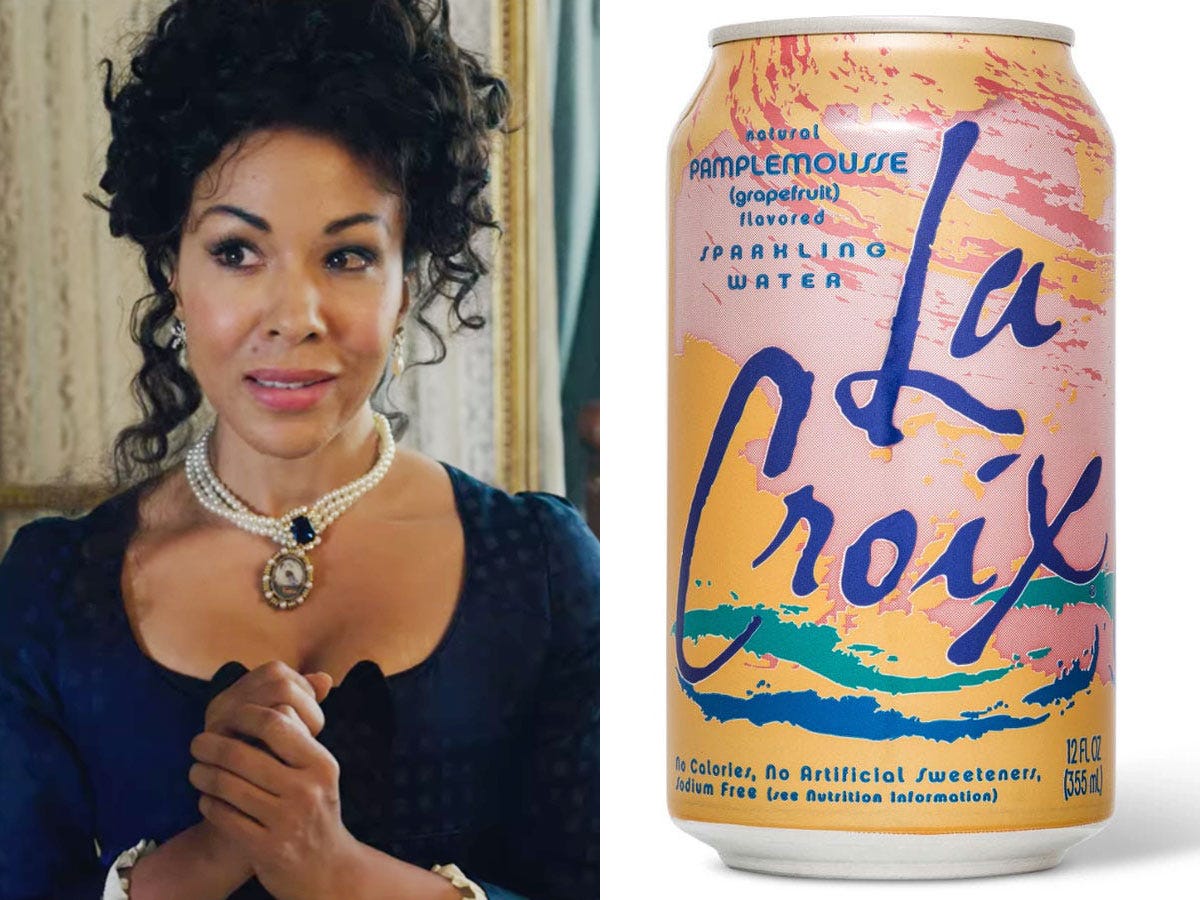 National Beverage Corporation, the parent company of LaCroix, announced that a lawsuit challenging its natural ingredient labelling has officially been dropped, and all related claims have been retracted. The class-action lawsuit, filed in 2018, alleged that LaCroix used synthetic ingredients including linalool, a cockroach insecticide. “This dismissal confirms our promise […] 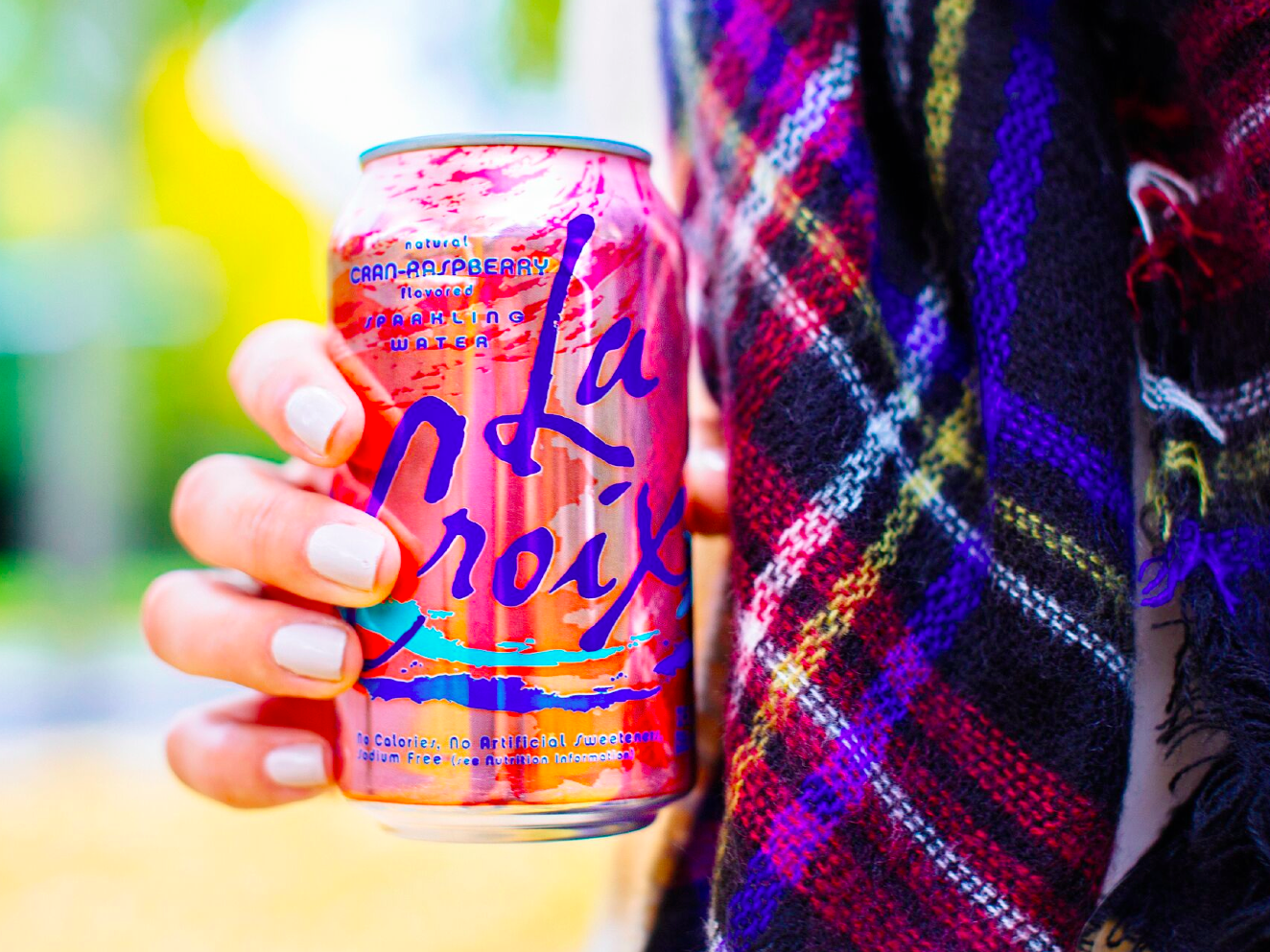 Both Netflix and LaCroix are first movers. They have – or had – done well by becoming synonymous with their spaces. But things are no longer chill for these byword brands. The fizz is going flat. Visit Business Insider’s homepage for more stories. First-mover advantage only goes so far. In […]
Markets Jul. 11, 2019, 1:48 AM

PepsiCo is targeting gamers with Mountain Dew and young mothers with Bubly in its latest attack on Coca-Cola and LaCroix. “I think we have an opportunity in Mountain Dew to recover share and we have a huge opportunity ahead of us in Bubly in creating a whole new category of […]
News Jul. 10, 2019, 5:22 AM

Hello! Welcome to another edition of the Advertising and Media Insider newsletter. If you got this forwarded, you can sign up for your own here. Here’s what you might’ve missed over the holiday week. Facebook’s overhauling its business model as it tries to fend off regulation. It’s been tying apps […]
News Jun. 27, 2019, 1:07 AM

LaCroix posted an open letter to customers on Monday that stated, “We never have, and never will, make false statements about our products.” “LaCroix’s reputation has been maligned over the last year by ‘buzzworthy’ publicity arising from false and intentionally misleading accusations that may take months or years to refute […]
News Jun. 20, 2019, 1:19 AM

LaCroix went BPA-free in April, but some stores may still be selling older cans that contain the chemical

National Beverage Corp. said in response to a new lawsuit last week that all LaCroix cans are produced without BPA liners as of April 2019. Cans produced prior to April that contain BPA-based liners may still remain on store shelves, however. “Our customers’ inventory stocking and rotational practices are varied,” […]
Markets Jun. 12, 2019, 5:13 AM

LaCroix is facing a new lawsuit that claims the president of its parent company, National Beverage Corp., planned to falsely state in April that its sparkling water cans were free of the toxic chemical Bisphenol A, commonly known as BPA. National Beverage president Joseph Caporella “had decided to prematurely announce […]
News May. 31, 2019, 3:51 AM

LaCroix faces a crippling ‘free fall’ as it turns ‘from bad, to worse, to disastrous,’ analyst says

LaCroix is “effectively in a free fall,” with sales declining 9.4% over the past 12 weeks, according to the Guggenheim Securities analyst Laurent Grandet. “The LaCroix brand has gone from bad, to worse, to disastrous in a relatively short period of time,” Grandet wrote. A lawsuit last year alleged that […]
News Apr. 4, 2019, 7:58 AM

Anyone who’s lived in another country knows what it’s like to miss products that are only available in your home country. I’m American, and two years ago I moved to the United Kingdom to live with my British partner. Here are some of the American products I miss the most […]
News Mar. 8, 2019, 10:31 AM

The CEO of LaCroix’s parent company offered a bizarre apology on Thursday after sales plummeted in the most recent quarter. “Negligence nor mismanagement nor woeful acts of God were not the reasons – much of this was the result of injustice!” National Beverage Company CEO Nick A. Caporella said in […]
News Oct. 13, 2018, 5:23 AM

LaCroix is embracing its cult status in the face of a lawsuit that claims the drink contains artificial ingredients. “There is an unspoken phrase within a cult – ‘We got each other’s back!'” Nick A. Caporella, CEO of LaCroix parent company Natural Beverages, said in a press release on Friday. […]
News Oct. 9, 2018, 1:39 AM

‘Please stand with us’: LaCroix slams ‘misleading’ lawsuit that links the sparkling water to insecticides

LaCroix is defending itself against a class-action lawsuit that claims the sparkling-water brand uses artificial ingredients. The lawsuit alleges that LaCroix contains the same ingredients used in a cockroach insecticide. However, while that may be true, it doesn’t mean that LaCroix is dangerous or uses artificial flavours. “Please stand with […]
News Oct. 6, 2018, 1:08 AM

LaCroix is facing a lawsuit arguing that the sparkling-beverage brand contains artificial ingredients, a claim LaCroix categorically denies. LaCroix’s use of “natural essences” has sparked questions and confusion for years. The essences are said to be concentrated natural chemicals that are safe to drink. For years, LaCroix lovers have been […]
Markets Jun. 28, 2018, 2:19 AM

PepsiCo has launched a new sparkling water brand called bubly. The zero-calorie drink is challenging cult classic LaCroix with bright packaging and cutesy catchphrases, such as tabs that say “Hey u.” Credit Suisse estimates that bubly has the potential to exceed $US100 million in retail sales in 2018. Pepsi has […]
Markets Mar. 10, 2017, 2:27 AM