Billionaire casino mogul Steve Wynn just listed his Beverly Hills estate for $110 million — more than double what he paid for it 6 years ago. Look inside.

Billionaire casino mogul Steve Wynn just put his Beverly Hills estate on the market for $US110 million. That’s more than double the $US47.85 million he paid for the property in 2015. Wynn resigned as CEO and chairman of Wynn Resorts in 2018 after he was accused of sexual misconduct. He […] 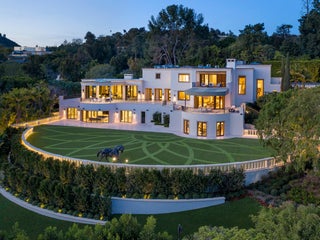 Chrissy Teigen and John Legend have listed their California home for $US23.95 million, per The Wall Street Journal. The celebrity couple, who bought the Beverly Hills house for $US14 million in 2016, said they’re selling it because Teigen is pregnant with their third child. The 8,520-square-foot house features floor-to-ceiling windows, […] 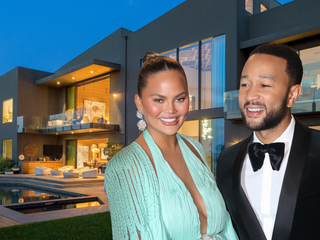 Uber cofounder Travis Kalanick bought a lavish Los Angeles estate for $US43.3 million in April, Katherine Clarke reported for The Wall Street Journal. It sold for 42% under its original asking price of $US75 million. The 1.7-acre Bel Air estate includes a 20,000-square-foot mansion, two swimming pools, a 7,000-bottle wine […] 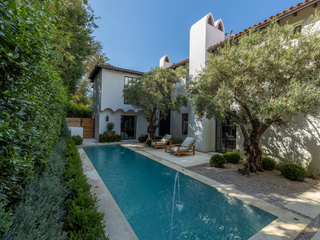 Amazon CEO Jeff Bezos’ reported deal to purchase late Microsoft cofounder Paul Allen’s Beverly Hills property has fallen through, according to the Los Angeles Times. The 120-acre development site, which spans five empty lots, was put on the market for $US150 million after Allen’s death in October 2018. The massive […] 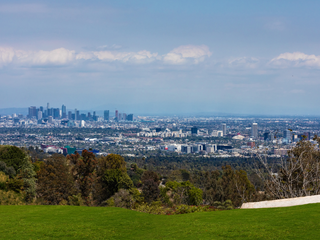 A Los Angeles megamansion that’s been on the market for 2 years just raised its price by $20 million. Yes, you read that right.

A Los Angelesmegamansion that’s been sitting on the market for more than two years just raised its price by $US19.9 million, Barron’s reported. The Beverly Hills home was first listed for $US100 million in 2017, a price that included a gold Lamborghini, a Rolls-Royce, and saw its price slashed several […] The billionaire cofounder of WhatsApp added a $100 million Malibu mansion to his list of California homes, and it was just $10 million short of matching the area’s real-estate record

According to a Variety report by James McClain, Jan Koum has purchased a Malibu mansion for $US100 million. It fell $US10 million short of matching the most expensive home ever sold in Malibu, according to The Wall Street Journal. The mansion is just one of the many multimillion-dollar estates Koum […] Your smart-home system could be making your home unsellable, according to a top real-estate agent

Luxury developers are trying to attract buyers with outrageous amenities. But according to the California-based real-estate agent Jade Mills, who has sold over $US5 billion worth of real estate in her career, overly sophisticated smart-home systems can have the opposite effect. Visit Business Insider’s homepage for more stories. The ongoing […]

Swimming pools in Los Angeles homes are a must, according to California-based real-estate agent Jade Mills. A Redfin study from March of 2019, found that Los Angeles homes with pools sell for around $US95,393 more than homes without a pool. However, wealthy LA homebuyers are willing to pay a premium […] An LA broker who has sold over $5 billion of real estate says wealthy homebuyers are focused on comfort and wellness, and it’s influencing what amenities they’re looking for

Luxury developers are trying to attract buyers with outrageous amenities. But, according to California-based real-estate agent Jade Mills, who has sold over $US5 billion worth of real estate in her career, the two most popular amenities wealthy homebuyers are looking for are home theatres and home gyms. Visit Business Insider’s […] A Los Angeles realtor threw a weed-themed open house for a $3.5 million mansion, and he says this is just the beginning of the crossover between cannabis and luxury real estate

Weed is teaming up with the $US165 billion real-estate industry. A Los Angeles luxury real-estate agent recently held a “cannabis open house” at a $US3.5 million home, his publicist told Business Insider. About 100 guests gathered to enjoy cannabis-infused chocolates, gummies, and other edibles, kombucha cocktails, vape pens, and CBD […] Los Angeles is full of multimillion-dollar mansions, but a single stat shows just how out of reach even the city’s median-priced homes are for most residents

It takes 43 years for homeowners with a median income in Los Angeles to save for a 20% down payment on a median-priced home, according to home ownership investment company Unison’s 2019 Home Affordability Report. The report’s findings are based on homebuyers who save 5% of their annual earnings and […] Take a look inside the most expensive lease in the US, a Bel Air mansion that rents for $1.5 million a month and has a 90-foot infinity pool

A Los Angeles mega-mansion is up for rent for $US1.5 million per month. It’s the most expensive lease in the US, according to Compass, which holds the listing. The 34,000-square-foot Bel Air home includes a 90-foot infinity pool and a wellness area with a treatment room in case the buyer […] Los Angeles has a surplus of mega-mansions and not enough people to buy them, Katherine Clarke reported for The Wall Street Journal. Real-estate brokers are going to extreme lengths to get these luxury homes off the market. They’re throwing lavish $US100,000 parties to attract buyers, using sound baths and crystals […] An unnamed Saudi buyer spent $52.2 million on a 20,000-square-foot Los Angeles mansion and a neighbouring house for his staff. Take a look inside the compound.

An unidentified buyer from Saudi Arabia recently dropped $US52.2 million on a compound of two neighbouring houses in Los Angeles, The Wall Street Journal reported. The larger home, which includes a 200-foot infinity pool and a 12-car garage, sold for $US45 million. The smaller one sold for $US7.2 million. The […] Serena Williams just sold her 6-bedroom Los Angeles home for $8.1 million — here’s a look at the property she owned for 13 years

Serena Williams just sold the Los Angeles home she’s owned for 13 years for $US8.1 million. The tennis superstar bought the home in 2006 for $US6.62 million, according to Mansion Global. The six-bedroom house in Bel Air comes with a bar, a swimming pool with a cabana, and private hiking […] The Beverly Hills estate that Jennifer Aniston and Brad Pitt spent 3 years renovating before their divorce is for sale for $44.5 million. Look inside the 12,000-square-foot home.

The former home of Jennifer Aniston and Brad Pitt in Los Angeles is for sale for $US44.5 million, The Los Angeles Times reported. The Beverly Hills estate was first listed in May for $US49 million and got a $US4.5 million price cut in October. The seller is a hedge fund […] Look inside what was once America’s most expensive home, a Los Angeles megamansion that sold for less than 40% of its asking price after 3 years

A Los Angelesmega-mansion once listed for $US250 million finally sold in October for $US94 million – a 62% discount. When it first hit the market in January 2017, the Bel Air home was the most expensive listing in the US. Nicknamed “Billionaire,” the extravagant property includes a helipad, five bars, […] 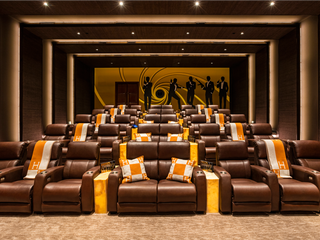