Two passengers fainted after breathing in fumes in a New York City subway train, the New York Daily News first reported Tuesday. The line was closed for hours while crews worked to find the source of the smell. The L train has been a hot-button issue for straphangers recently after […] A luxury car-service startup called The New L had 5,000 panicked people sign up in preparation for the L train shutdown. Now, its future is ‘TBD.’

The New L was intended to be a luxury transportation option for Brooklynites during the planned shutdown of the L train. In recent months, The New L had roughly 5,000 people sign up for the service, which would cost $US155 a month. However, on Thursday, New York Gov. Andrew Cuomo […] A New York City subway line that was scheduled to close completely for 15 months won’t be shutting down after all, Governor Andrew Cuomo announced Thursday. Teams of engineers from Columbia and Cornell universities studied systems in London, Hong Kong, and Riyadh to find a cheaper – and quicker – […] New Yorkers are freaking out that a plan to shut down an entire subway line has been canceled. Here’s why it was a disaster from the start.

After announcing the closure of New York City’s L train subway line in 2016, Governor Andrew Cuomo walked back his plan on Thursday, months before the shutdown was set to happen. Cuomo said the L train, which was damaged during Hurricane Sandy, would no longer be shuttered for 15 months, […] Ride-sharing service Lyft launched an ad campaign in December focused on New Yorkers seeking alternative transportation during the planned 15-month shutdown of the L train. On Thursday, New York Gov. Andrew Cuomo announced that the subway line – used by roughly 250,000 commuters – would not be shutting down beginning […] New York Gov. Andrew Cuomo announced on Thursday that New York City’s L train would not shut down for 15 months as planned. Cuomo said that the city would be using a technology that has been used in Europe for tunnel construction in order to avoid having to fully close […] New York Gov. Andrew Cuomo announced on Thursday that New York City’s L train would not shut down for 15 months. The city had planned to close the subway line, which runs between Brooklyn and Manhattan, for 15 months, beginning in April, to repair two tunnels that run beneath the […] New York City’s L train subway will not shut down for 15 months in April as previously planned. New York Gov. Andrew Cuomo said Thursday that a new technique that has been used in Europe – but never in the US – is being studied by engineers from Cornell and […] The impending L-train apocalypse has rents in Williamsburg plunging

Rents in Williamsburg continue to drop as residents move out ahead of the L-train shutdown, according to StreetEasy. The portion of the subway line that connects Brooklyn to Manhattan will be closed for 15 months beginning in April to repair damage caused by Superstorm Sandy. Landlords are offering more discounts […] Rents in North Brooklyn are falling more than a year before the L train is set to shut down between Brooklyn and Manhattan, according to StreetEasy. That creates a bargain for people who are willing to make the trade-off for a longer commute. Sales prices aren’t falling. But it’s taking […] In April 2019, New York City plans to shut down the L line between Brooklyn and Manhattan for 15 months to focus on repairs. Many commuters who use the L line, particularly those who live in low-income neighbourhoods, don’t have many convenient alternatives. A Kickstarter is attempting to fill the […] 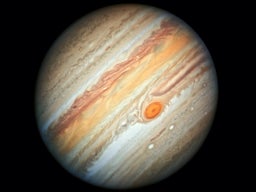 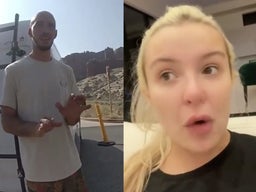 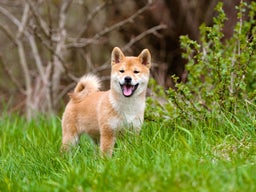