Judy Shelton inched closer to Senate confirmation this week despite bipartisan scrutiny of her unconventional economic views. Senator Pat Toomey said late Wednesday he would support Shelton, offering her key support in the banking committee. Shelton, who has supported the gold standard and dismissed central bank independence, raised concerns at […] 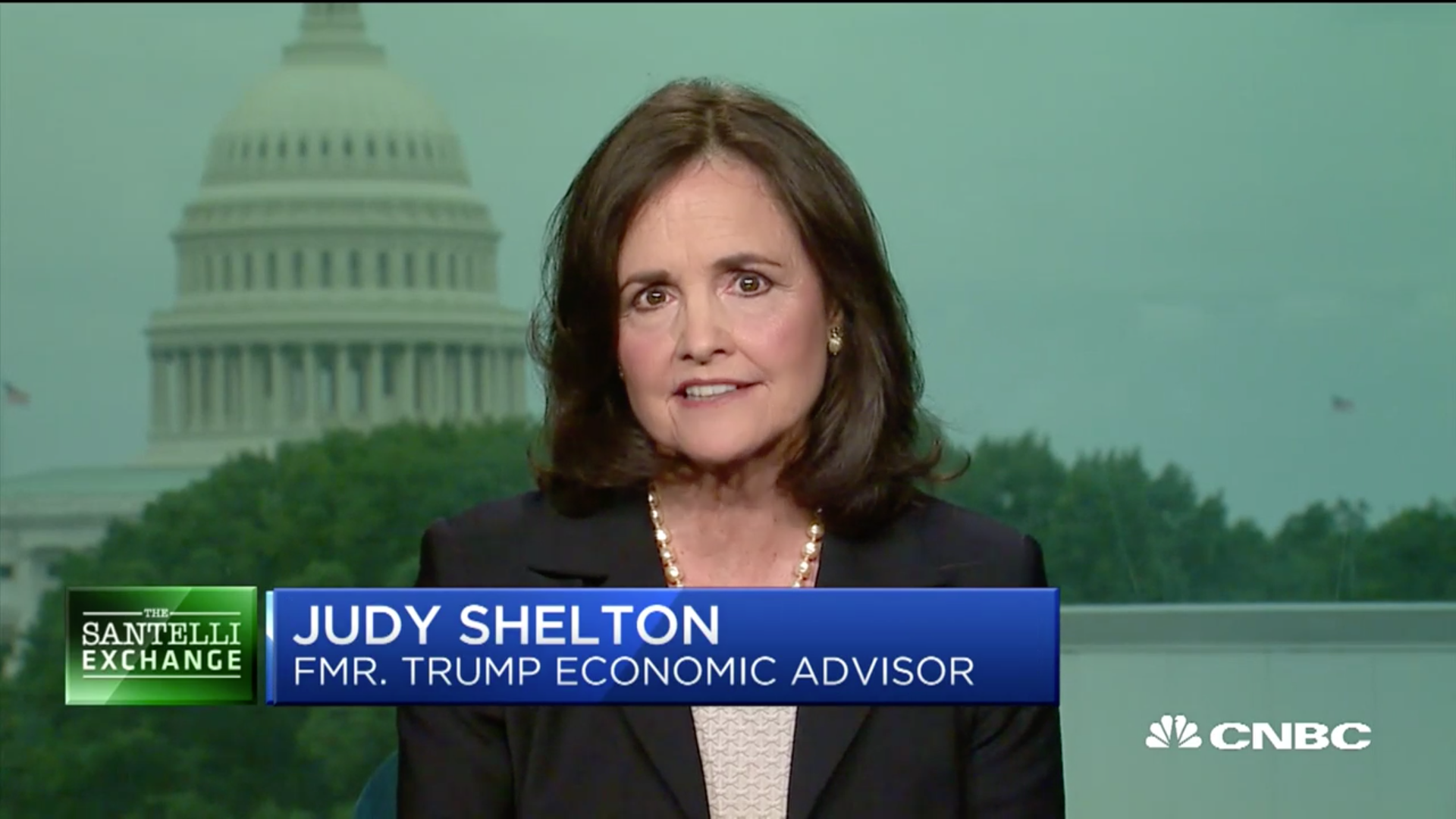 Key Senate Republicans expressed an array of concerns about President Donald Trump’s latest Federal Reserve nominee Judy Shelton. They probed her support of the gold standard, currency devaluation and resistance to an independent central bank. Shelton was an informal adviser to the Trump campaign in 2016 and the former US […] 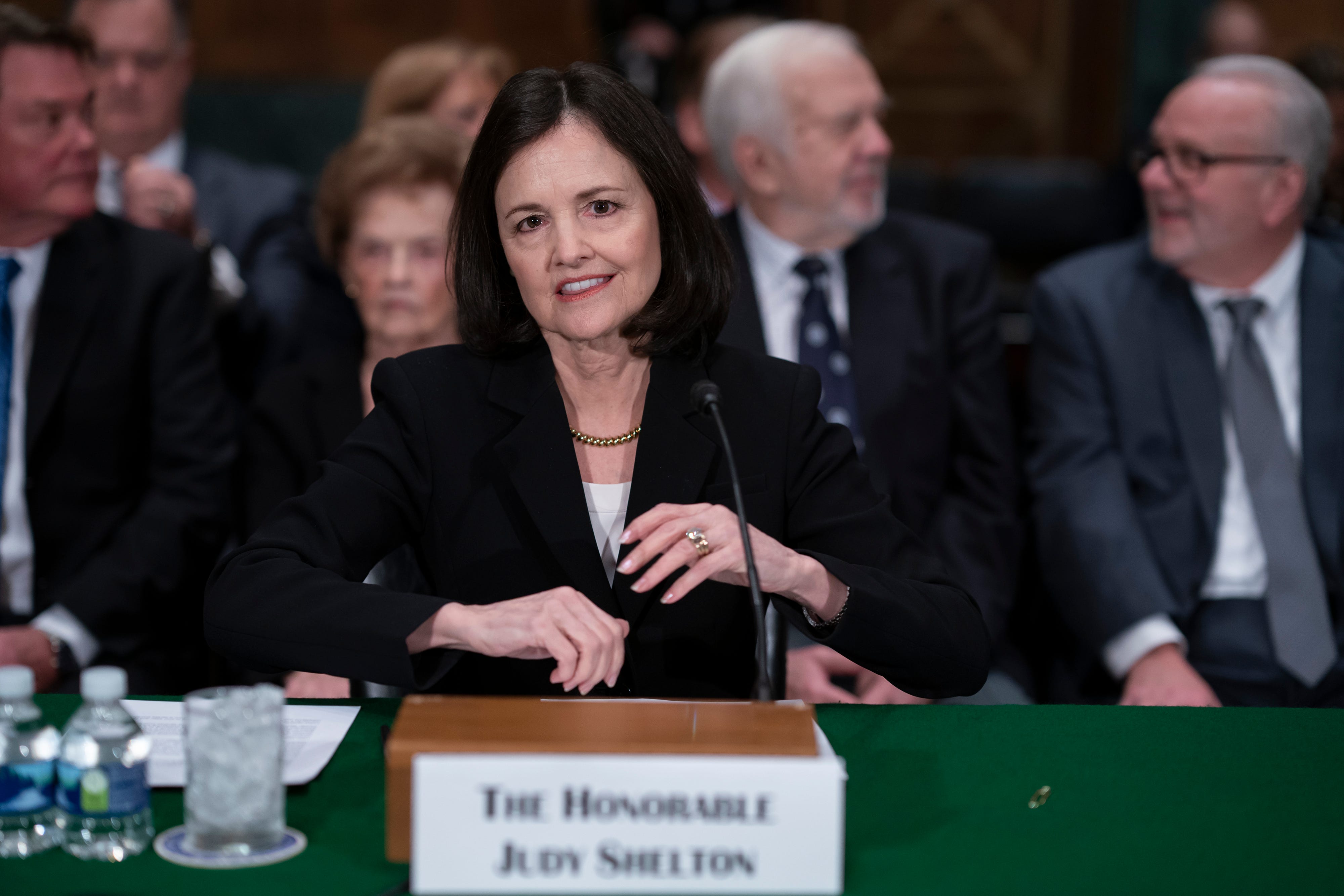 President Donald Trump last week officially nominated former White House economic adviser Judy Shelton for a powerful position at the Federal Reserve. That put her on track to shape policy alongside central bankers whose mainstream views she has long objected to. The nominee for the Fed Board of Governors has […] Federal Reserve nominee Judy Shelton compared current conditions in the world economy to those of the 1930s on Thursday, suggesting central banks were using monetary policy to compete against one another. “It’s not unlike the 1930s when you had beggar thy neighbour competitive appreciations, where one nation after another devalued […] Trump just tapped former economic adviser Judy Shelton for a Federal Reserve seat. She’s a fierce critic of the central bank who sees grey area on its independence from the administration.

President Donald Trump announced on Tuesday he would nominate his former adviser Judy Shelton to the Federal Reserve board. Shelton has long been an outspoken critic of the central bank, arguing that it has too much power over markets. While economists say it is crucial that a central bank operates […]

The latest potential Fed pick, a former Trump campaign adviser, says it would be ‘superficial’ for her to say whether the central bank is independent

The Federal Reserve has long been regarded as independent from political influence. But its reputation has been called in to question in recent months after unprecedented pressure to lower rates from President Donald Trump. Potential Federal Reserve nominee Judy Shelton sees some grey area when it comes to the independence […] Judy Shelton has advocated for drastically changing the way interest rates are set and going back to a Bretton Woods-type monetary system, policies she argued would set up optimal conditions for growth. In an interview with Markets Insider, Shelton highlighted the importance of “fresh thinking” at the Fed. “I think […] Potential Federal Reserve nominee Judy Shelton said she would be in favour of an inflation target of 0%, adding that it would offer stable price signals in the economy. The Federal Reserve currently targets 2% inflation, a level officials see as optimal for the economy. Economists say that a 0% […] The White House is said to be vetting Judy Shelton for a seat on the Fed board. She told us what she would bring to a central bank whose policies she has long criticised.

The White House is vetting former Trump adviser Judy Shelton for nomination to the Federal Reserve Board of Governors, according to reports. The potential nominee has been critical of the central bank and would like to change some of the core ways it operates. In an interview with Markets Insider, […]

Judy Shelton has emerged as a potential nominee to the Federal Reserve Board of Governors. The former Trump campaign adviser now serves as the US executive director at the European Bank for Reconstruction and Development, a multilateral lending bank based in London. Shelton has a starkly different view of how […]