Jorge Masvidal says he’s in negotiations for a UFC fight with Nate Diaz which would look like ‘two dogs, locked in a cage, going for the jugular’

Nate Diaz scored a thumping win against Anthony Pettis after three years on the sidelines at UFC 241 Saturday. He then got on the mic and challenged Jorge Masvidal to a fight between “two gangsters.” Masvidal has responded saying negotiations are underway, and promised fans the bout would look like […] Nate Diaz vs. Jorge Masvidal ‘for the baddest mother——- in the game belt’ is a bout Dana White wants, but it leaves Conor McGregor in the cold

Nate Diaz wants to fight Jorge Masvidal for the make believe “baddest mother——- in the game belt.” The UFC boss Dana White supports the welterweight fight between two self-professed gangsters. It further ostracizes Conor McGregor from a marquee opponent and a big fight, should he still wish to return to […]

The UFC denied Masvidal’s demand to fight McGregor, and is instead considering an opponent who hates him so much they might need extra security to make it happen

Jorge Masvidal will definitely not be fighting Conor McGregor next as “you can’t make ultimatums,” the UFC boss Dana White has said. Instead, White will be offering Masvidal a different opponent. A welterweight bout against Leon Edwards, who Masvidal shares a checkered past with, would be “a good fight to […] Conor McGregor is “p—– off” with the UFC boss, Dana White. White, who described a conversation with McGregor, said previously that the popular welterweight knockout artist Jorge Masvidal was simply too big for the Irish lightweight. McGregor, in White’s telling, disagrees. White also said that he had been in communication […] Jorge Masvidal is looking for his next opponent after knocking out Ben Askren in just five seconds – the fastest knockout in UFC history. Masvidal had said he either wants a fight for the welterweight title or a big-money fight against Conor McGregor. He’ll likely have to hope for a […]

Jorge Masvidal has put Conor McGregor on notice. Masvidal, the man with the fastest KO win in UFC history after his five-second beatdown of Ben Askren on Saturday, wants a title shot against Kamaru Usman, or a money fight against McGregor. Masvidal said he wanted to break McGregor’s face. He […] Ben Askren does not belong in the UFC. That is the opinion of Jorge Masvidal, the man responsible for knocking him out with a highlight-reel flying knee only seconds after their welterweight bout began at UFC 239 on Saturday. White called the move “f—— brilliant” and said it was “the […] Jorge Masvidal knocked Ben Askren out in 5 seconds with a flying knee, hit him with afters, then celebrated by mocking him

Jorge Masvidal just knocked out Ben Askren in record-breaking fashion. Masvidal hit Askren with a flying knee in the opening moments, hit him with afters, then mocked him in merciless fashion as the previously unbeaten wrestler awaited a medical assessment. The 5-second victory is the fastest knockout ever recorded in […] 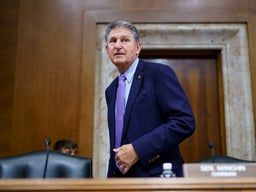 Manchin doesn’t think Democrats will reach a deal on a social-spending... 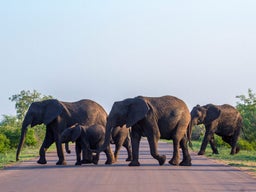 Female African elephants evolved toward being tuskless over just a few...

Take Action pill: How this Plan B alternative prevents pregnancy 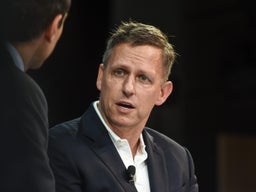 Peter Thiel thinks he may have met Satoshi Nakamoto and says...