In a recent Uber Eats ad, Queer Eye star Jonathan Van Ness completes an impressive array of gymnastics alongside Olympic gold medalist Simone Biles. The ad was criticised by at least one conservative group, but welcomed by LGBTQ families. Biles said that she would do more ads to promote inclusivity […] 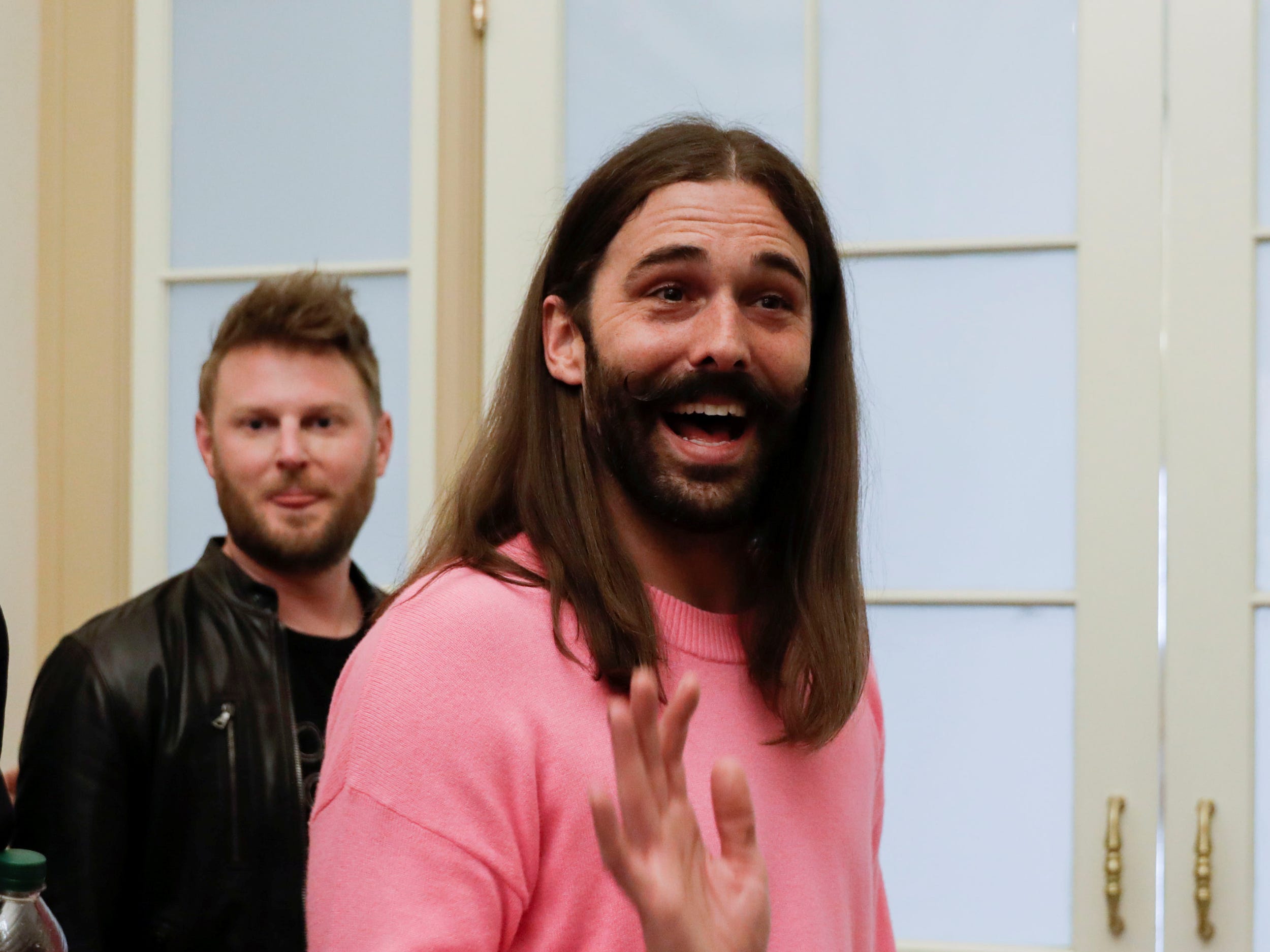 Jonathan Van Ness shared tips with Jimmy Fallon about cutting your own hair while self-isolating during the coronavirus crisis. Van Ness said: “I think the most important advice is just to not. It’s just to not do it.” Van Ness said now is the time to try a new look: […] 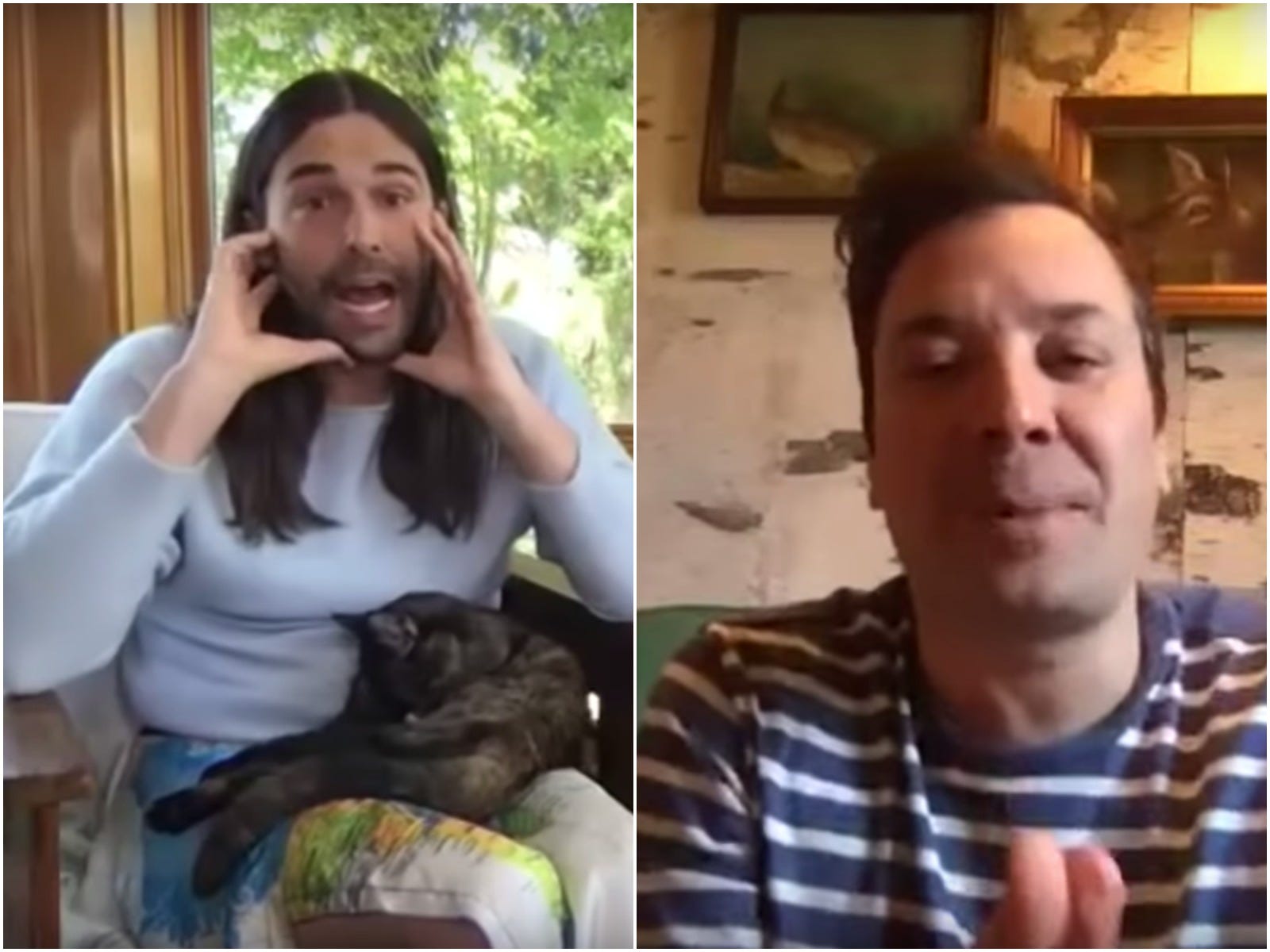 ‘Queer Eye’ star Jonathan Van Ness called out Cardi B for her comments about AIDS: ‘It was so troublesome and problematic for you to say that’

“Queer Eye” star Jonathan Van Ness called out rapper Cardi B for her “troublesome and problematic” comments about AIDS last month. Van Ness told Gay Times in an interview published Tuesday that he sent the “Money” rapper a long message on Instagram after she told a news show, “I hope […] “Queer Eye” star Jonathan Van Ness revealed to host Jimmy Kimmel why he decided to come forward with his HIV diagnosis. During an interview on ABC late night show “Jimmy Kimmel Live” Monday, Van Ness said he was inspired to speak out because of the Trump administration’s repeated attacks on […] Jonathan Van Ness came out as HIV-positive for an interview with The New York Times ahead of the release of his memoir “Over the Top” on Tuesday. The “Queer Eye” hairstylist also discussed some previously unknown aspects of his life, including surviving sexual assault at a young age and struggling […] Jonathan Van Ness broke down when meeting Sophie Turner for the first time backstage at the VMAs: ‘I’m obsessed!’

Sophie Turner and Jonathan Van Ness met for the first time backstage at the VMAs – and it was emotional. The two TV stars revealed themselves to be huge fans of each other, and they didn’t play it cool. The exchange was captured on video, and people are loving it. […] “Queer Eye” star Jonathan Van Ness recently spoke to INSIDER about the upcoming final season of “Game of Thrones.” Van Ness, an executive producer on Funny or Die’s parody series “Gay of Thrones,” said he buys a popular fan theory that connects Bran Stark and the Night King. “But also, […]

In a recent interview with INSIDER, Jonathan Van Ness discussed his decision not to discuss politics as a member of Netflix’s revamped “Fab Five.” “I don’t go into ‘Queer Eye’ episodes trying to change people’s political beliefs,” he said. “I refer them to my Twitter for that.” Van Ness discussed […]