Taika Waititi is now halfway to becoming an EGOT winner after adding a Grammy to the Oscar he won for "Jojo Rabbit" last year. 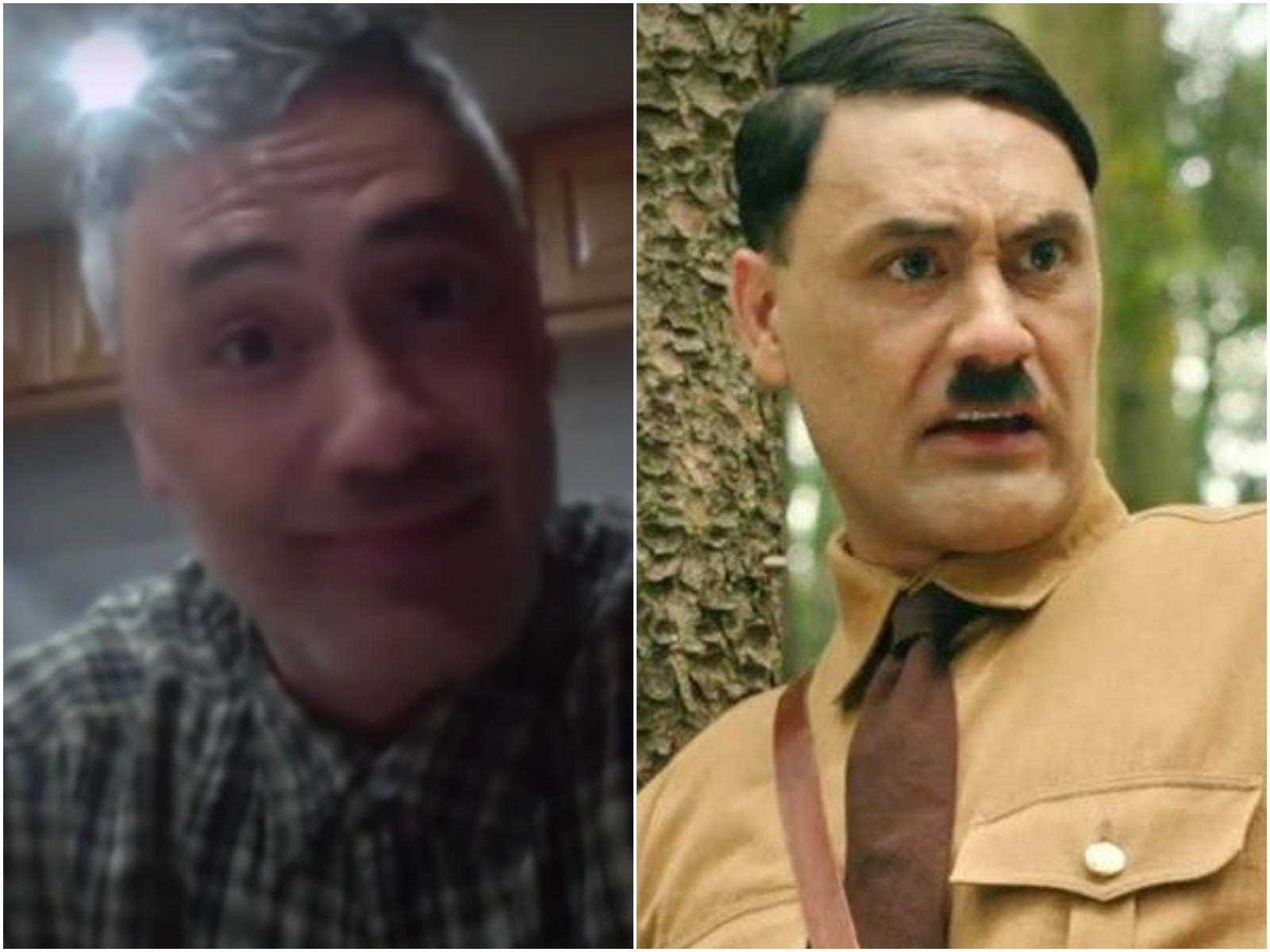 I spoke to ‘Jojo Rabbit’ director Taika Waititi at the BAFTAs, and he made me say ‘f— off Hitler’

Warning: Spoilers ahead for “Jojo Rabbit.” “Jojo Rabbit” director Taika Waititi won best adapted screenplay at the BAFTAs. I spoke to him backstage, and he made me say “f— off Hitler” before he answered my questions. Waititi discussed saving the single “f-word” in the film for a very specific moment. […] Scarlett Johansson landed 2 Oscar nominations this year, was the highest-paid actress of 2019, and has an estimated net worth of $165 million. Here’s how she got there.

Scarlett Johansson made $US56 million in 2019, according to Forbes, which made her the highest-paid actress of the year. Her resume includes blockbuster movies like “Avengers: Endgame,” but she has also racked up two Oscar nominations this year for her roles in “Marriage Story” and “Jojo Rabbit.” The first solo […] “1917” is a technical achievement to be admired, but is deceptively shallow and offers nothing past a first viewing. Sam Mendes’ film won seven BAFTAs, including best film and best director over “Parasite.” While Roger Deakins’ cinematography deserves to win an Oscar, the film should not win best picture. Films […] Taika Waititi wrote and directed “Jojo Rabbit,” and also played an imaginary version of Adolf Hitler in the movie. Because of that, Waititi sometimes had to direct on set dressed in his Hitler costume. Waititi told Business Insider how uncomfortable he was having to do that. Visit Business Insider’s h […] Here’s a breakdown of the movies coming out that are in the running for Academy Award recognition. Titles range from “Jojo Rabbit” to “Joker” to “Once Upon a Time… in Hollywood.” Visit Business Insider’s h omepage for more stories. As we get deeper into the fall, the outlook of what […] Taika Waititi explains the origins of his movie ‘Jojo Rabbit,’ which won him the best adapted screenplay Oscar

Taika Waititi spoke with Business Insider about his acclaimed Nazi satire, “Jojo Rabbit.” Waititi wrote and directed the movie, and also stars as an imaginary Adolf Hitler who the main character talks to. Waititi said the first draft of the script was more dramatic and didn’t include the Hitler character. […]

The Nazi satire ‘Jojo Rabbit’ is a heartfelt coming-of-age comedy by the director of ‘Thor: Ragnarok’ that features an amazing performance by Scarlett Johansson

Writer-director Taika Waititi (“Thor: Ragnarok”) tells the story of a young German boy coming of age during the Nazi reign in “Jojo Rabbit.” It’s a touching story filled with comedy that explores hate and bigotry. And Scarlett Johansson as the boy’s mother gives one of her best performances in recent […] The Toronto International Film Festival kicks off Thursday (and runs until September 15), which means it’s that time of year when the awards-season movies begin to come into focus. The festival is always one of the spots where studios, distributors, and streamers bring the films they think are worthy of […]