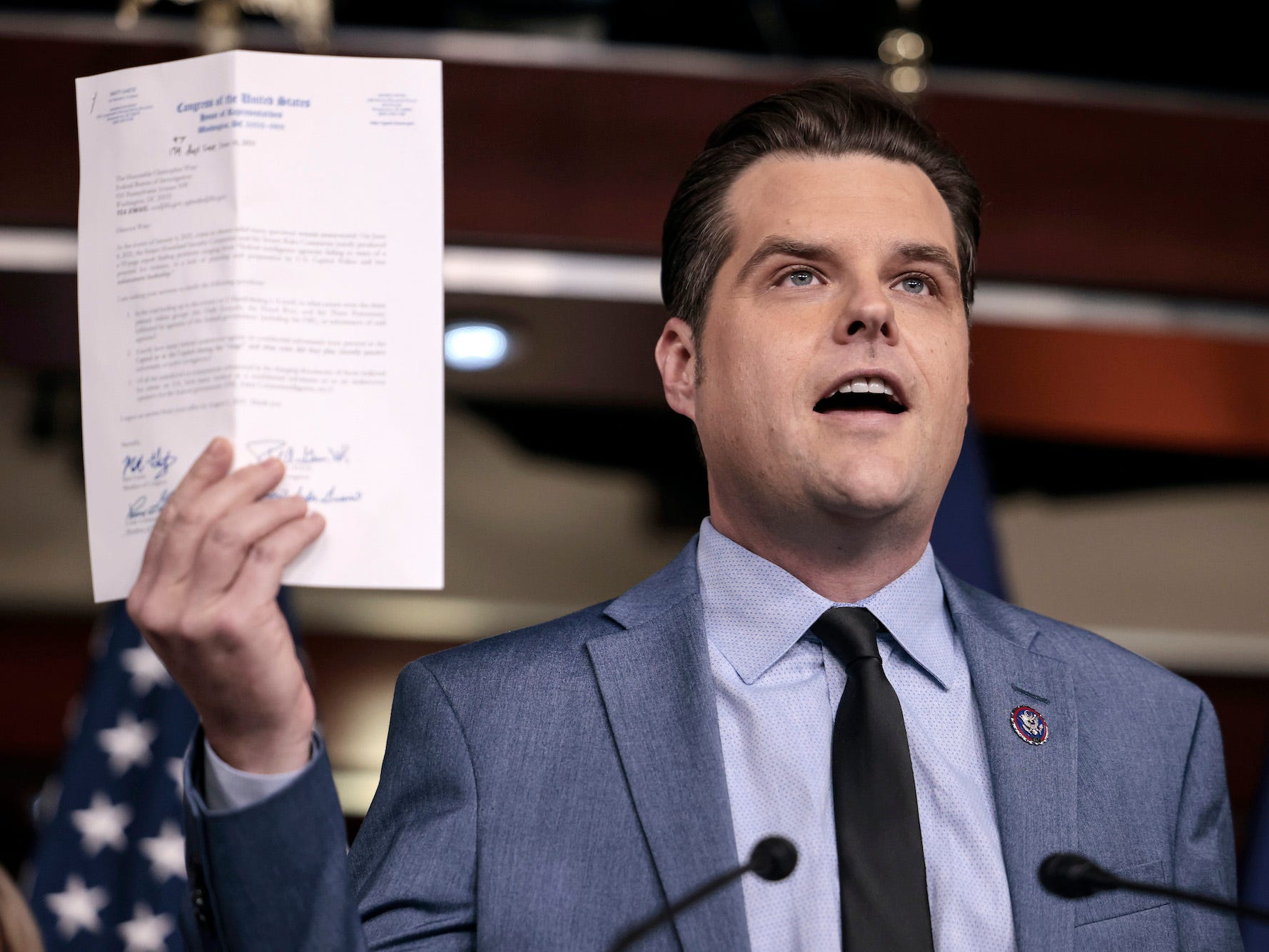 Rashida Tlaib won the Democratic Party nomination for the US House of Representatives in Michigan on Tuesday. She will run unopposed in November, putting her on course to become the first Muslim woman in Congress. The 42-year-old is an outspoken critic of President Donald Trump, having been forcibly removed for […]
News May. 4, 2018, 4:02 AM

Nine members of the 115th US Congress have had to step down after allegations of sexual misconduct against them became public. This wave of scandals stemmed from the #MeToo movement, the rising national conversation on workplace sexual harassment after highly publicized allegations of predatory behaviour by prominent men in media […]
News Dec. 7, 2017, 9:23 AM

Rep. John Conyers’ son — who he endorsed to replace him — was reportedly arrested on suspicion of domestic abuse

Rep. John Conyers announced his retirement on Tuesday following a series of sexual harassment allegations, and endorsed his son to succeed him. His son, John Conyers III, was reportedly arrested on suspicion of domestic abuse in February but was not charged. John Conyers III, the son of embattled Democratic Rep. […]
News Dec. 6, 2017, 2:57 AM

Rep. John Conyers’ attorney said that the 88-year-old Michigan Democrat has not decided whether to resign amid multiple allegations of sexual harassment. The attorney told reporters on Thursday that House Minority Leader Nancy Pelosi “sure as hell won’t be the one to tell the congressman to leave” office. Rep. John […]
News Dec. 1, 2017, 3:47 AM

Democratic Rep. John Conyers has been hospitalized amid growing allegations of sexual misconduct. The illness is reportedly stress-related. Conyers is the longest-serving member of Congress, first elected in 1964. Democratic Rep. John Conyers, the longest-serving member of Congress, has been hospitalized with a stress-related illness amid growing allegations of sexual […]
News Nov. 30, 2017, 10:39 AM

Michigan Rep. John Conyers has been embroiled in a sexual misconduct scandal, which some Democrats say warrants a resignation. Democratic leaders are sticking to the process before handing down judgment, angering younger members. A bipartisan group of lawmakers introduced a bill to scrap the process by which Congress covers up […]
News Nov. 30, 2017, 4:32 AM

A Democratic congresswoman walked out of meeting on sexual harassment, saying, ‘I don’t have time for meetings that aren’t real’

Rep. Kathleen Rice abruptly left the Democratic Caucus meeting on Wednesday, saying Democrats were not being serious about sexual-harassment allegations against Rep. John Conyers. Rice is one of two Democratic lawmakers to demand that Conyers resign from Congress. Rep. Kathleen Rice, the New York Democrat, walked out of the House […]
News Nov. 29, 2017, 8:33 AM

House Minority Whip Steny Hoyer followed Minority Leader Nancy Pelosi in saying he believes women accusing Democratic Rep. John Conyers of harassment and verbal abuse. While Conyers has stepped down as ranking member of the House Judiciary Committee, he has not resigned from his seat. WASHINGTON – House Minority Whip […]
News Nov. 27, 2017, 5:01 AM

John Conyers on Sunday announced he was stepping down as the ranking Democrat on the House Judiciary Committee. He did not resign, despite pressure from some Democrats to do so. Multiple women have accused him of sexual misconduct, which he has denied. Rep. John Conyers stepped down as the ranking […]
News Nov. 27, 2017, 2:55 AM

A former staffer who worked for Democratic Rep. John Conyers Jr. has come forward to accuse the top lawmaker of inappropriate and abusive behaviour. She alleged that she was once summoned by Conyers and found him half-dressed. Her account follows other similar claims directed at Conyers. For the first time, […]