While speaking about his radio show on CNN, Walsh joked that Republicans have to "make love to Donald Trump every day" if they want to get elected. 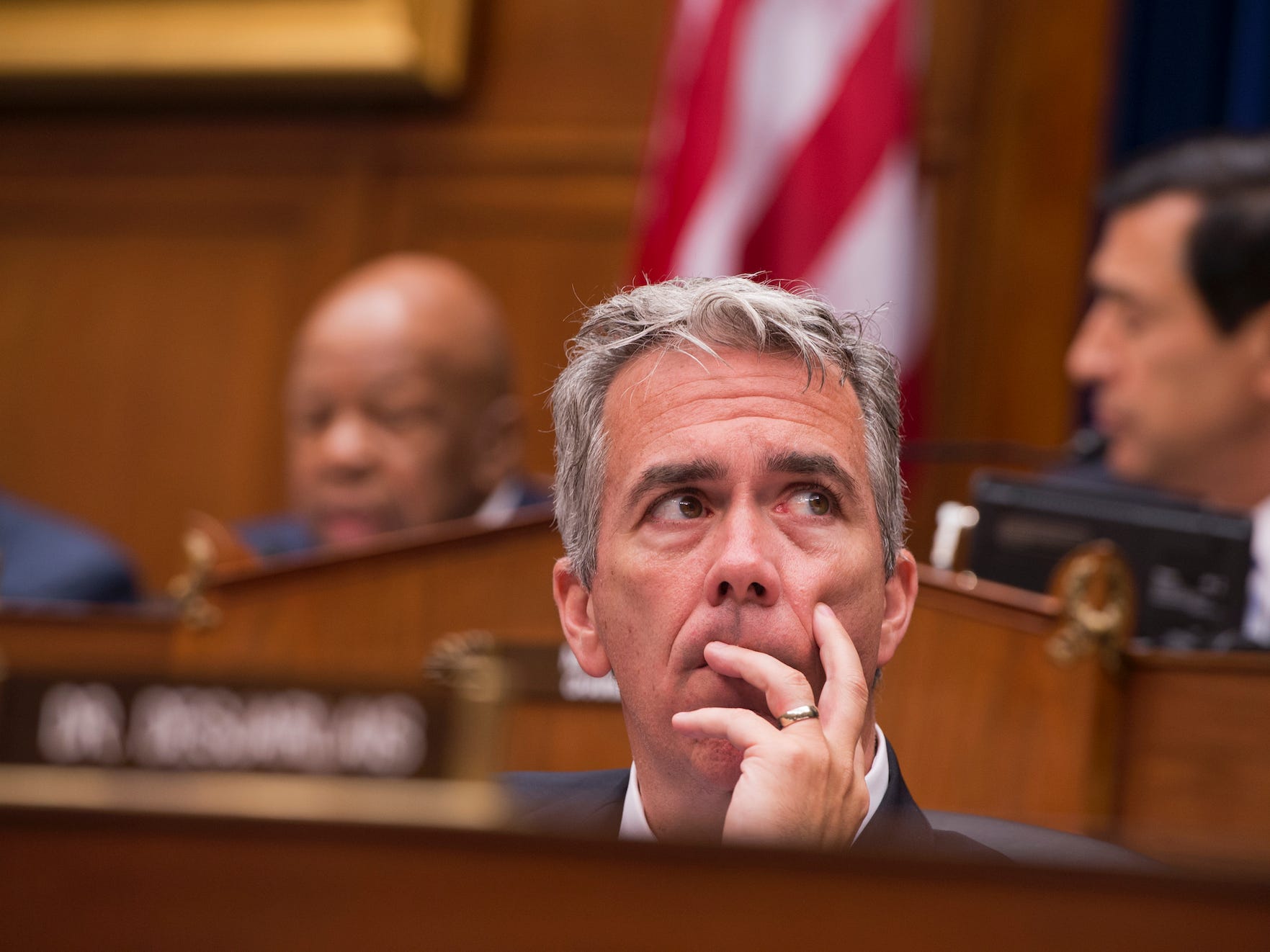 Trump’s 2020 Republican challengers set a tone: It’s not about electing someone else, it’s about not electing Trump

Two of President Donald Trump’s Republican primary challengers made it clear Tuesday night: The 2020 presidential race isn’t about electing someone else. It’s about not electing Trump. Both former Rep. Joe Walsh of Illinois and former Gov. Bill Weld of Massachusetts came out in strong support of Trump’s impeachment during […] The GOP primary challengers Joe Walsh and Bill Weld slammed President Donald Trump’s handling of the economy – and particularly his trade war with China – on Tuesday at Business Insider’s debate. “Mr. Trump thinks that when he slaps a tariff on China, it’s paid by China back in Beijing,” […] Republican presidential candidate Joe Walsh lauded gun rights on Tuesday night at Business Insider’s GOP debate, saying “I’m a big gun guy.” “The numbers are all good” over the last four decades, Walsh said, referring to the amount of gun violence in America. Efforts to tighten gun laws, however, has […] The Republican presidential candidate Bill Weld on Monday accused President Donald Trump of treason amid reports that Trump repeatedly urged the Ukrainian president to investigate former Vice President Joe Biden and his son. Weld said death was “the only penalty” for treason. The former Massachusetts governor made the astonishing remark […]

A new Insider poll found that most Americans have never heard of any of President Donald Trump‘s three current rivals in the 2020 GOP presidential primary. Fewer than a third of conservatives polled had heard of any of Trump’s Republican challengers. Former Gov. Mark Sanford had the highest name recognition […] State-level Republican parties are planning on cancelling their primaries and caucuses to benefit President Donald Trump – and Republican voters aren’t happy about it. Former Gov. Bill Weld of Massachusetts, former Rep. Joe Walsh of Illinois, and former Gov. Mark Sanford of South Carolina are all challenging Trump in the […] How to watch the first 2020 Republican presidential debate ‘Cowards run from fights’: 3 Republican presidential candidates join forces to blast Trump and RNC for shutting them out of primaries

The GOP in four states is set to cancel its 2020 primaries and caucuses. President Donald Trump’s GOP challengers, former Rep.Joe Walsh of Illinois and former Massachusetts Gov.Bill Weld, are livid. “Trump is afraid of a serious primary challenge because he knows his support is very soft,” Walsh said in […] Joe Walsh is running for president in 2020. Here’s everything we know about the candidate and how he stacks up against the competition.

Who is Joe Walsh? Current job: Conservative talk radio host. Age: 57 Family: Walsh has been married twice. He is currently married to Helene Walsh, who served in the Illinois House of Representatives from 2018 to 2019. Walsh has three children and two step-children. Hometown: North Barrington, Illinois Political party: […] Former congressman Joe Walsh probably won’t win his primary challenge to President Donald Trump, but Walsh’s media savvy and heavy-hitting criticisms could batter Trump going into the general election. Walsh is highly unlikely to actually defeat Trump, who has close to 90% approval among Republican voters and already has the […] Joe Walsh wants to beat Trump and save the Republican party. But he still defends calling Haiti a ‘s—hole country.’ Former Illinois congressman and 2020 Republican presidential candidate Joe Walsh expressed regret over his previous public statements baselessly attacking former President Barack Obama as a Muslim. After announcing his candidacy, many of Walsh’s old tweets resurfaced in which he accused Obama of being a Muslim and pushed the racist “birther” […]

The former GOP congressman and Tea Party firebrand Joe Walsh is reportedly trying to recruit George Conway, a fierce critic of President Donald Trump and the husband of White House counselor Kellyanne Conway, to play a senior role in his 2020 primary challenge against Trump. Conway rose to fame for […] Tea Party firebrand and former GOP Rep. Joe Walsh announced Sunday that he will run against President Donald Trump in the 2020 Republican primary. “We’ve got a guy in the White House who is unfit, completely unfit to be president and it stuns me that nobody stepped up, nobody in […]