Sophie Turner shared never-before-seen photos of her wedding dresses, extravagant cake, and more on the second anniversary of her marriage

Sophie Turner and Joe Jonas had two weddings in 2019. On Tuesday, the couple shared unseen photos from their elaborate France wedding. 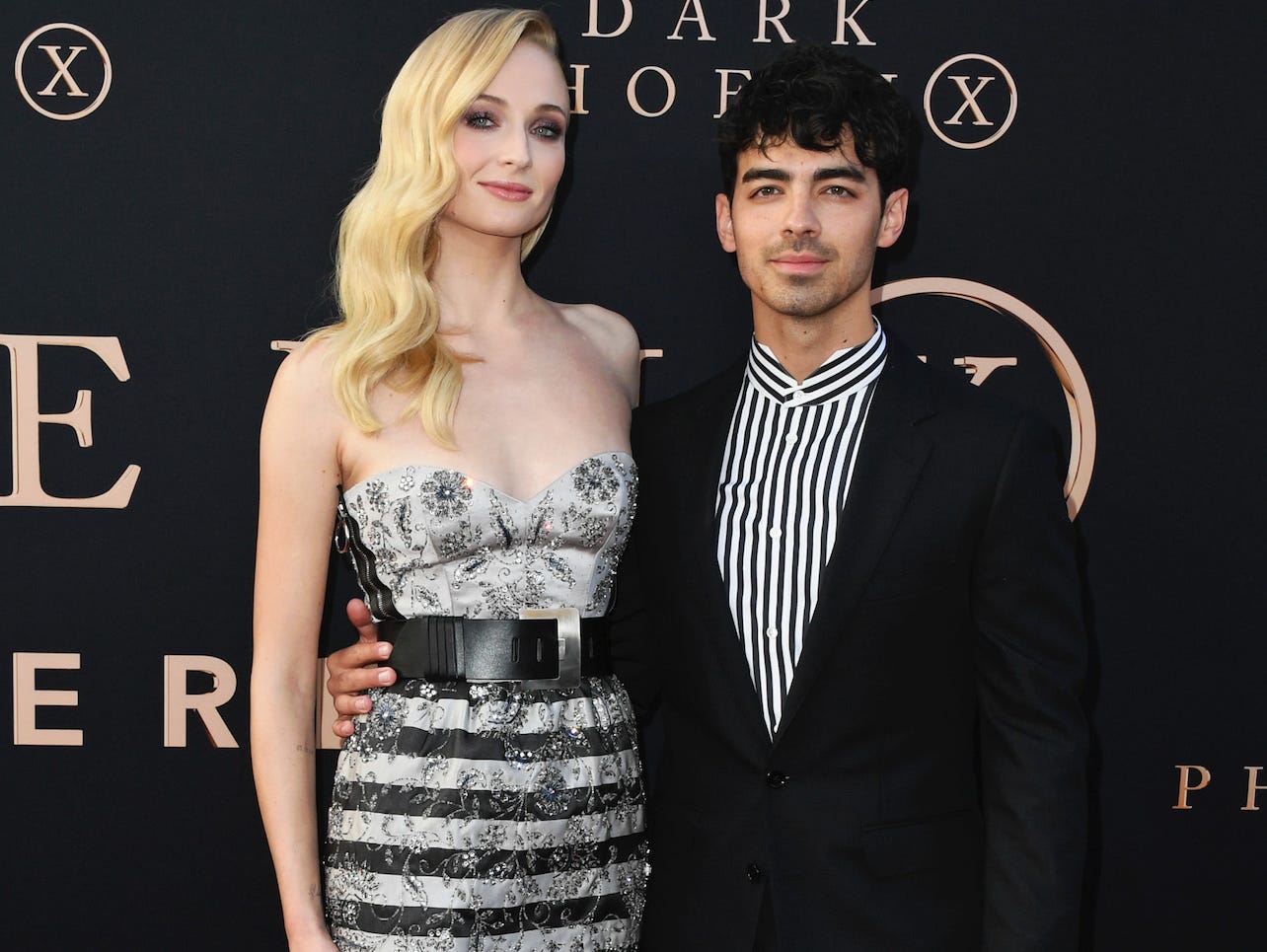 Jonas, who famously broke up with Swift in 2008, is the apparent subject of scathing songs like "Forever & Always" and "Mr. Perfectly Fine." 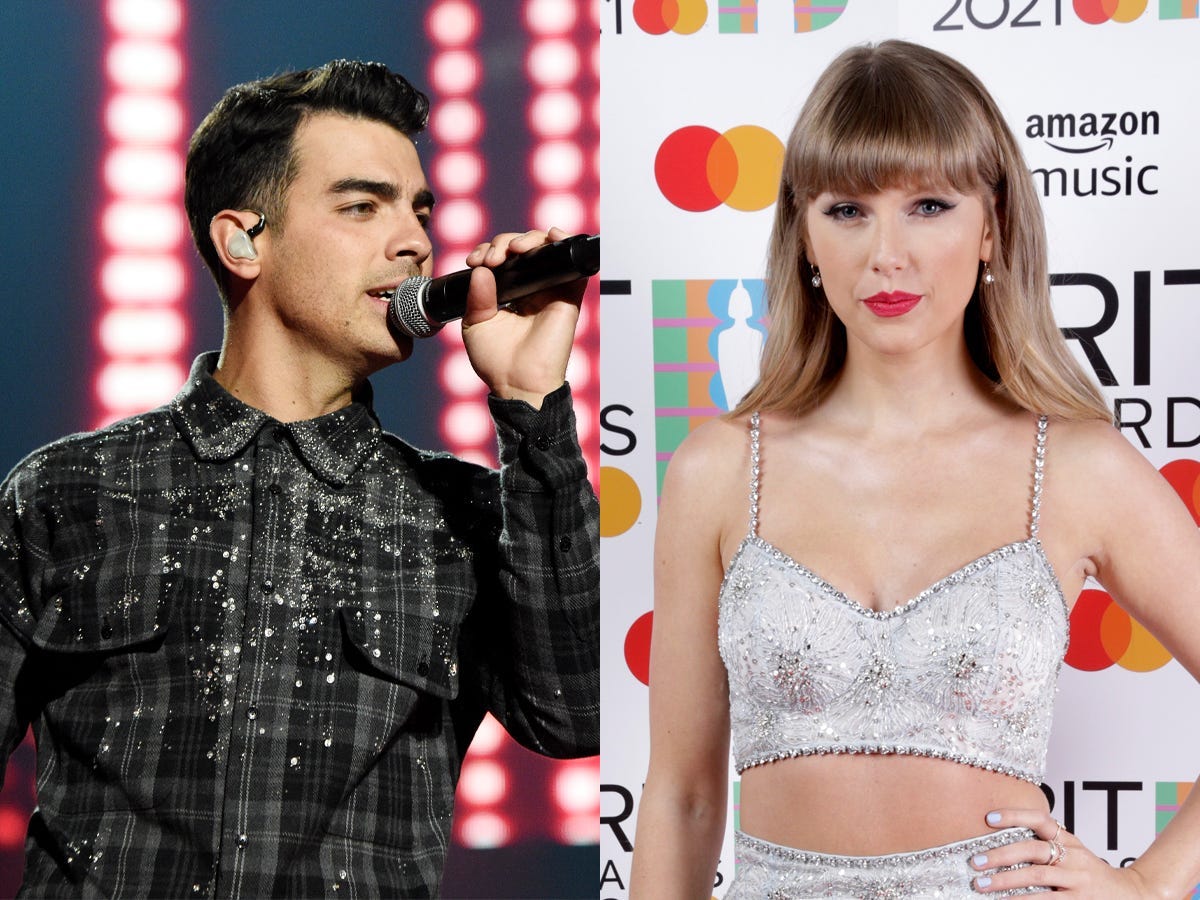 The scathing breakup song, which Swift likely wrote in 2008, seems to reference her famously messy split from Jonas. 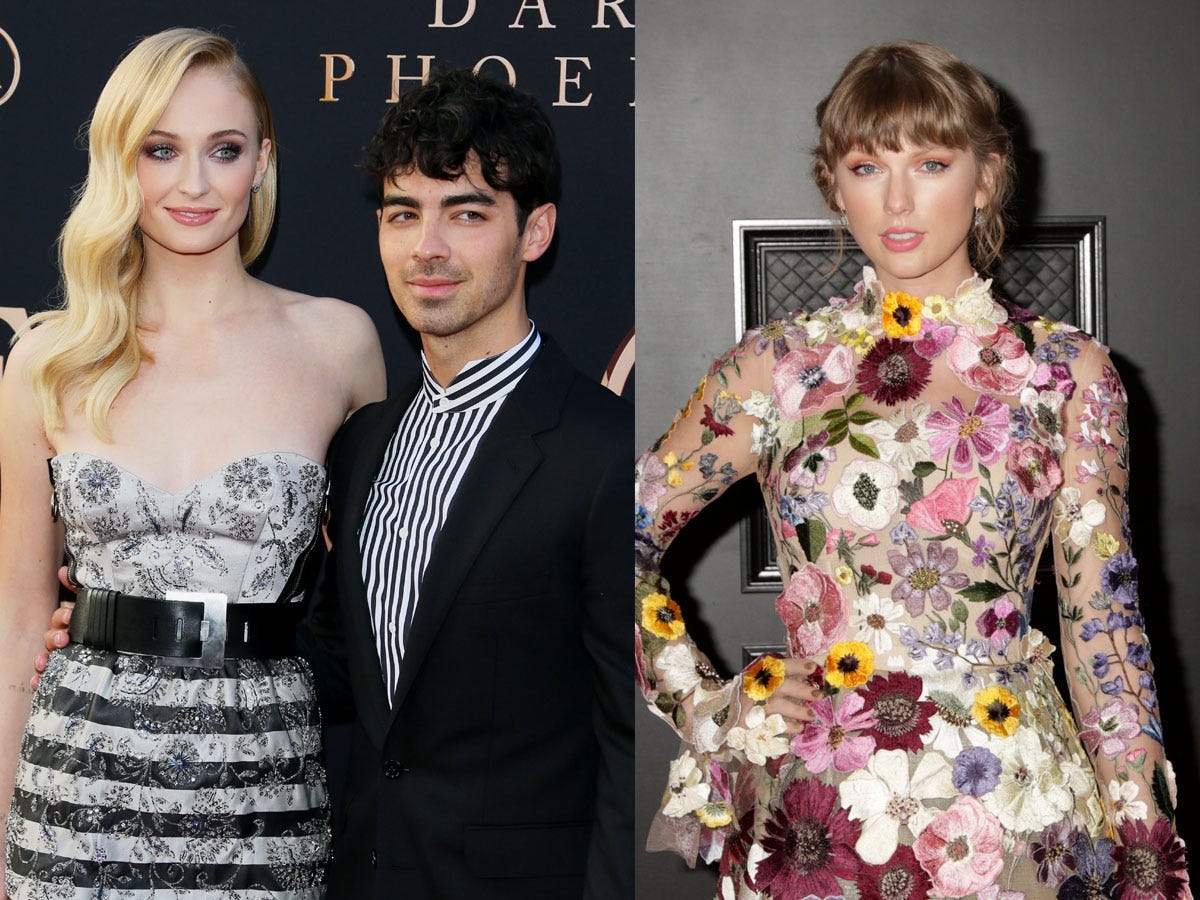 The "Love Story" singer will unveil the rerecorded version of "Fearless" on Friday, including six songs that she wrote in 2008 but never released. 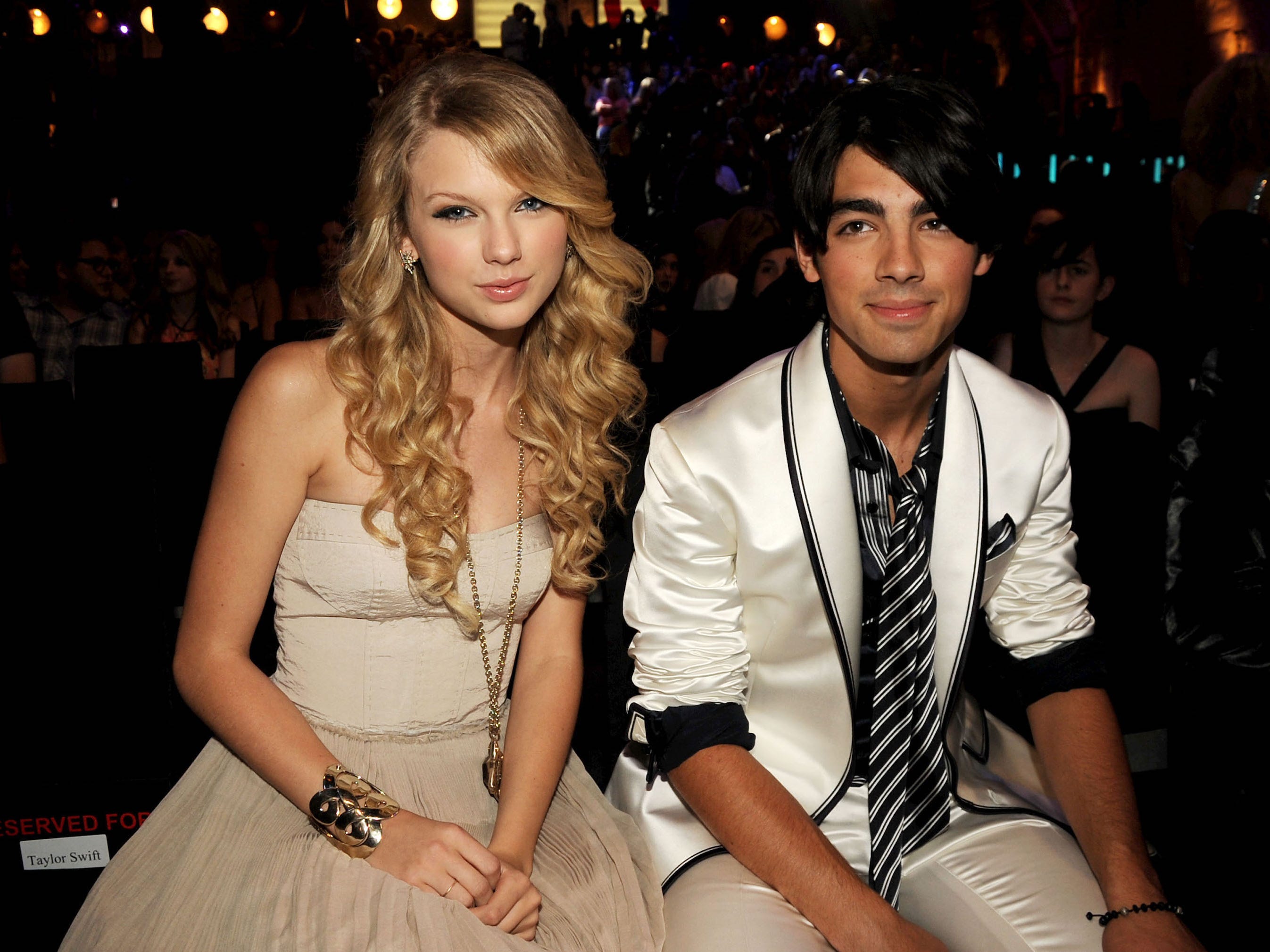 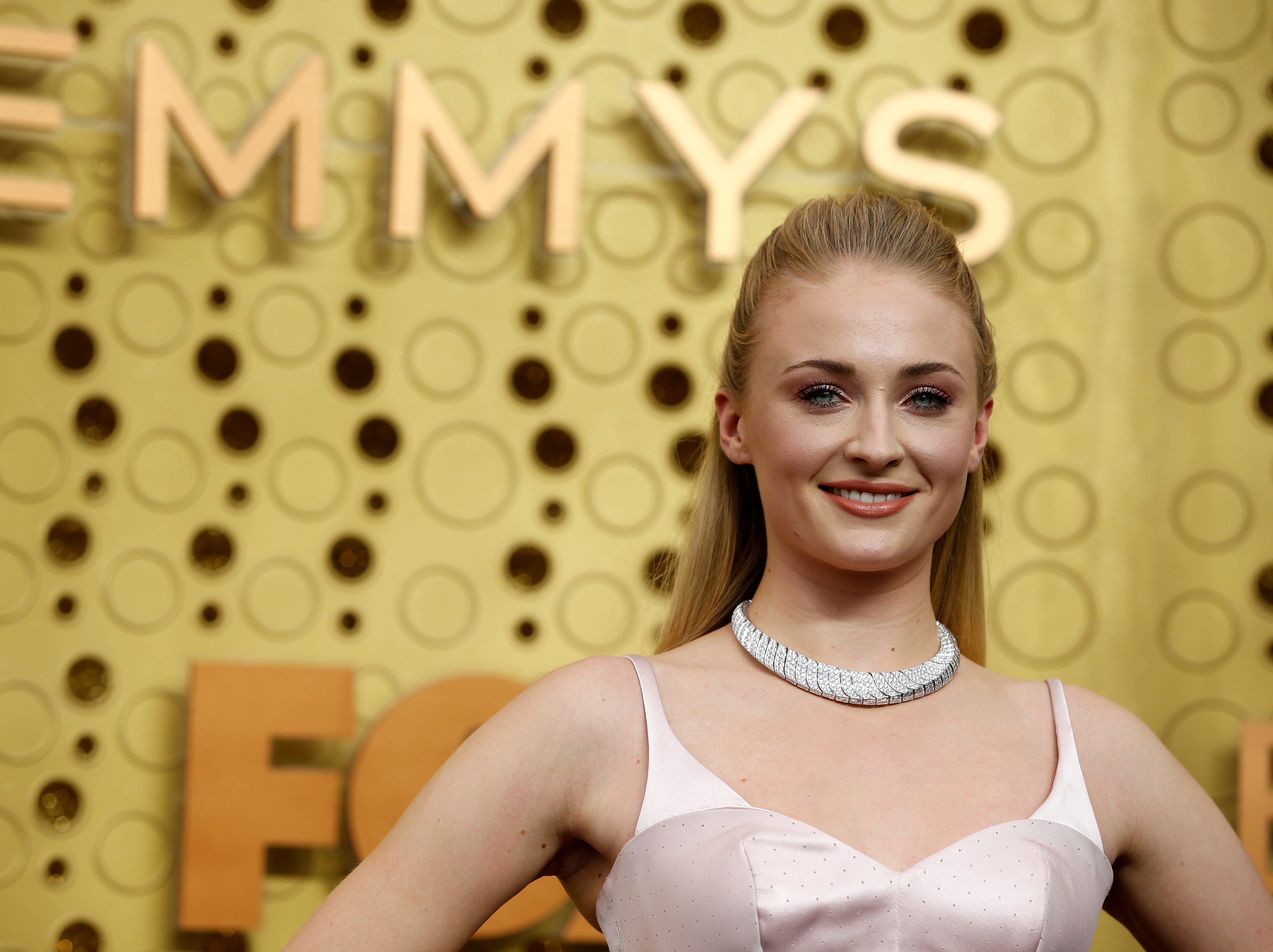 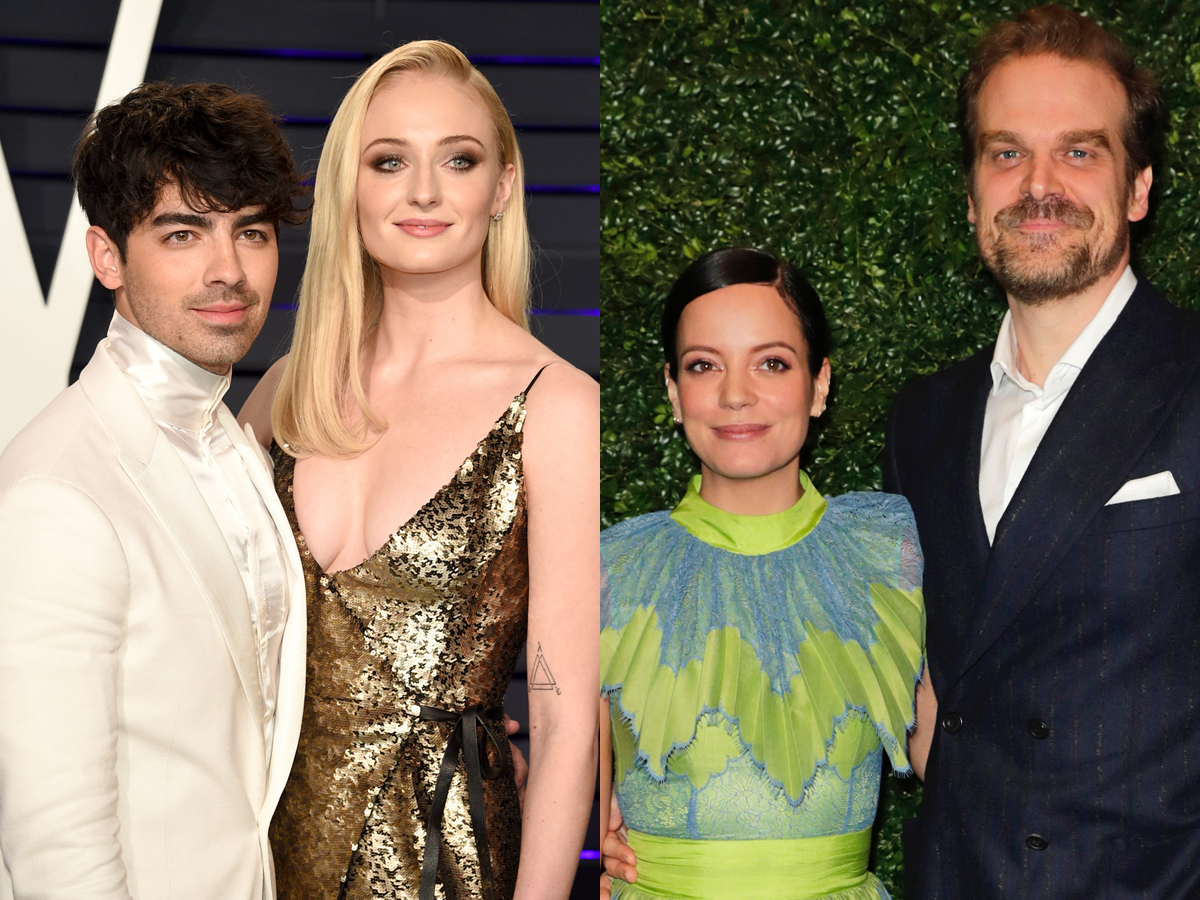 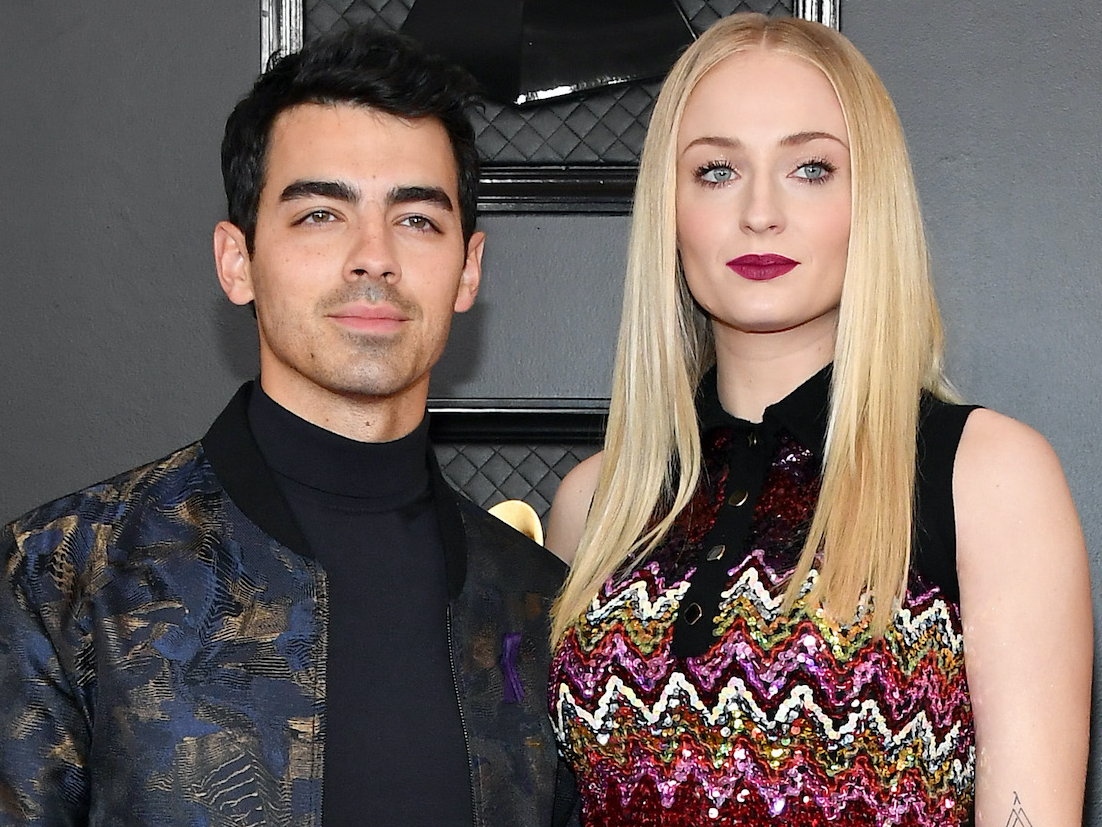 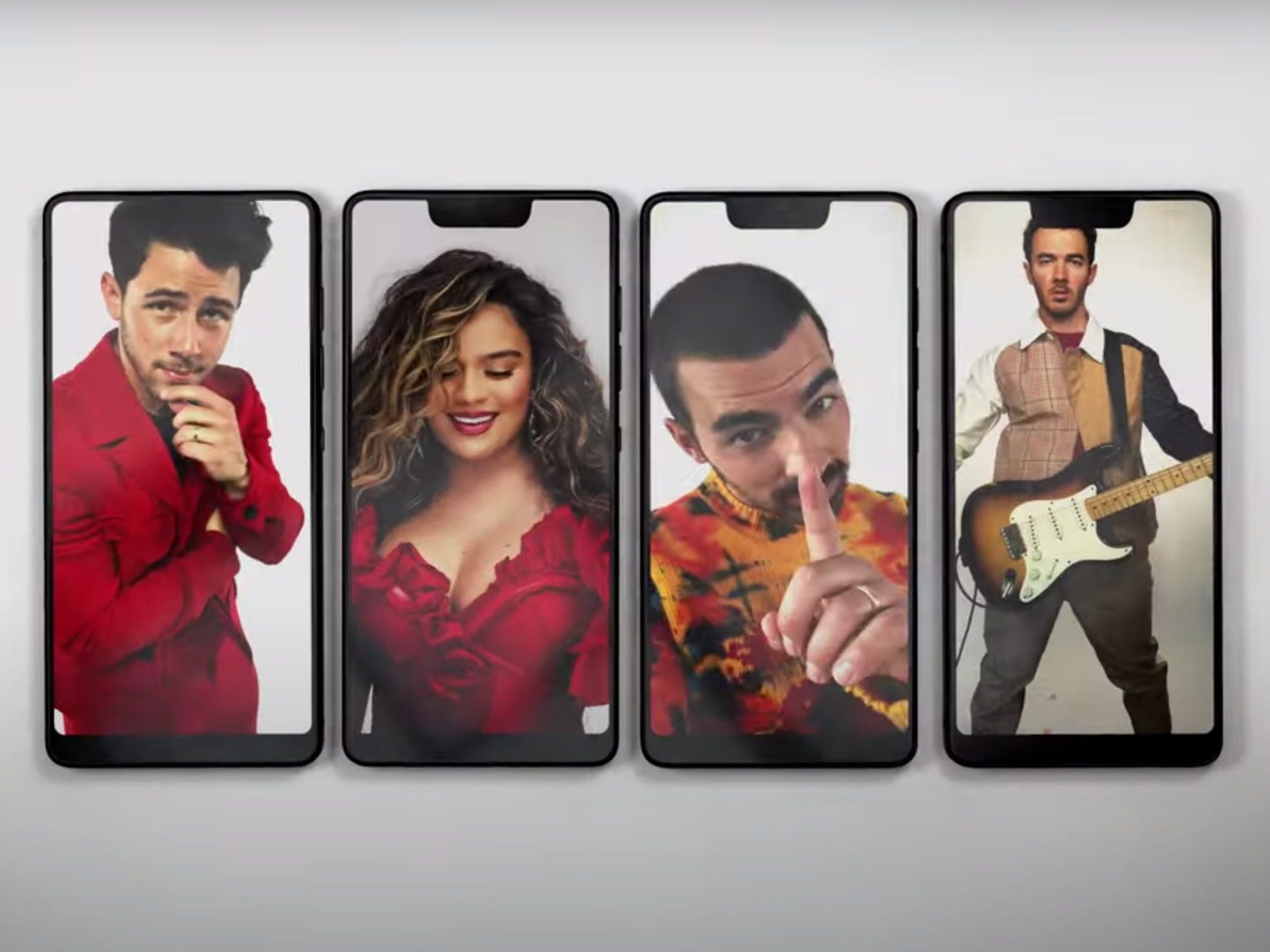 Kevin Jonas spoke to Insider about what fans can expect from the Jonas Brothers’ two new songs called “Five More Minutes” and “X” with Colombian singer Karol G, which will both be released on Friday. The musician, who’s promoting his partnership with the activity-based video-calling app Caribu, told us that […] 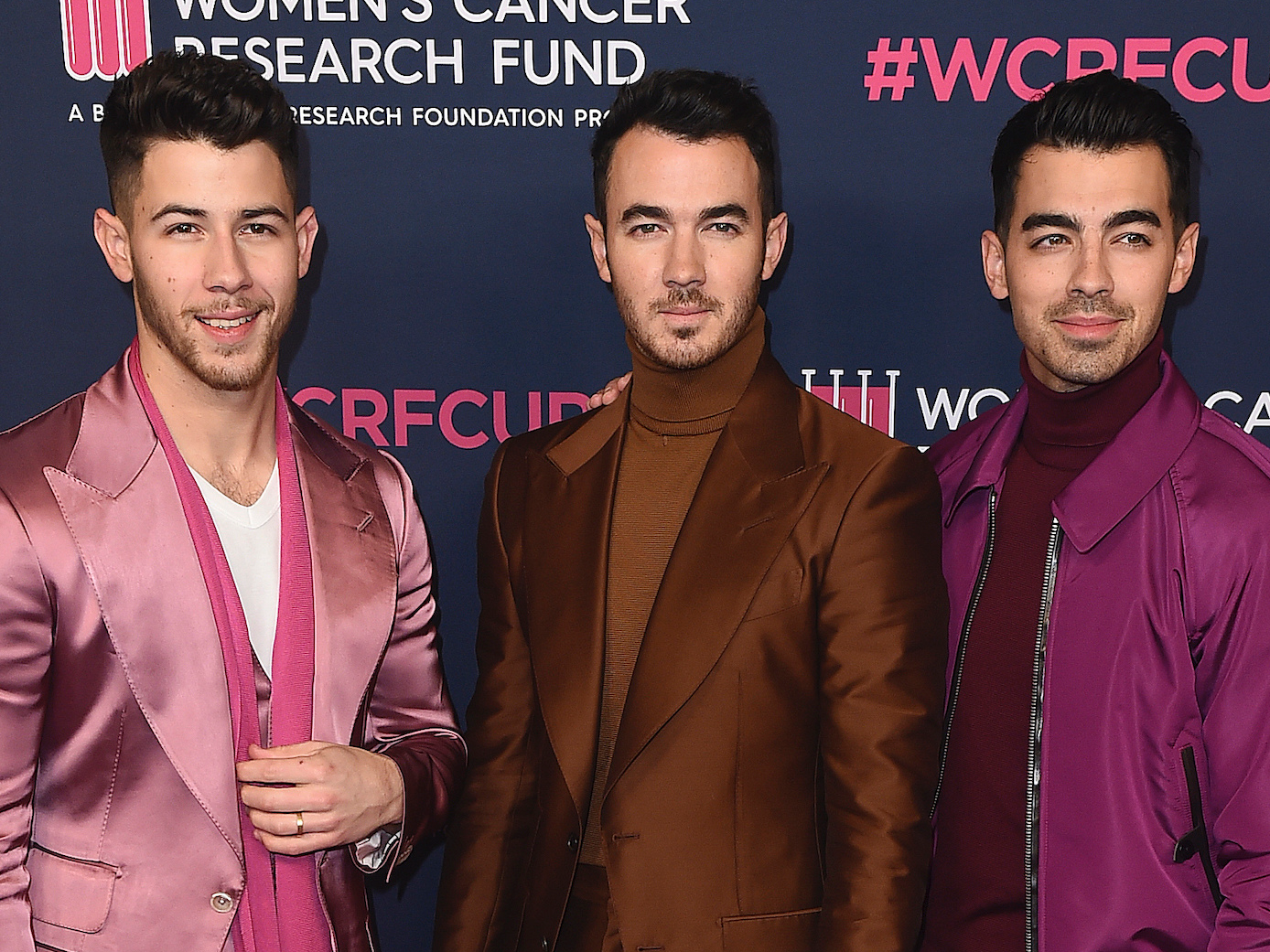 Joe Jonas said Sophie Turner had a very specific condition when they started dating on “The Late Late Show with James Corden” on Monday. She said they could only go out if he watched the “Harry Potter” movies. Jonas said he has since fallen in love with them, and Turner […] 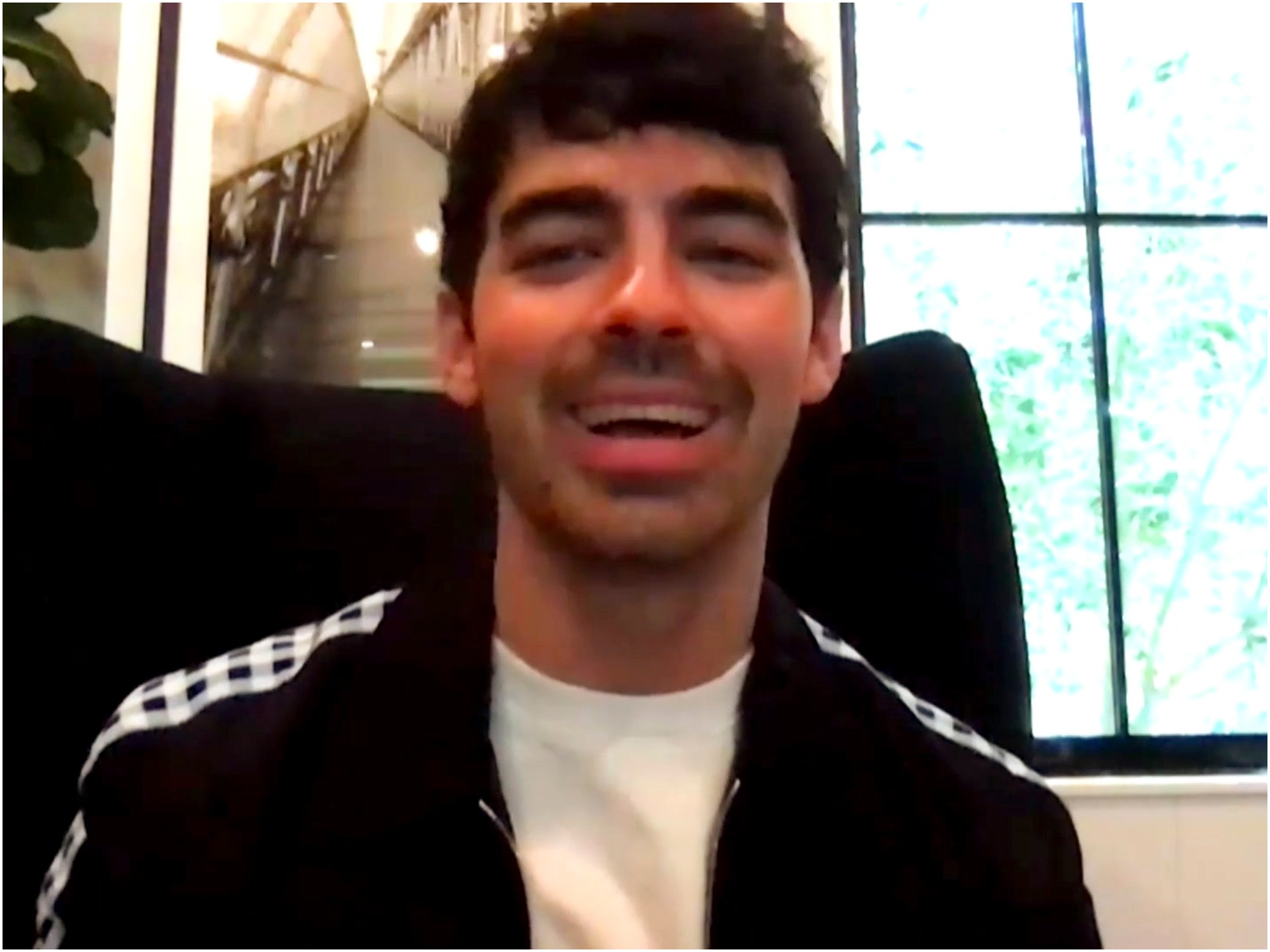 48 celebrity couples that appeared in music videos together 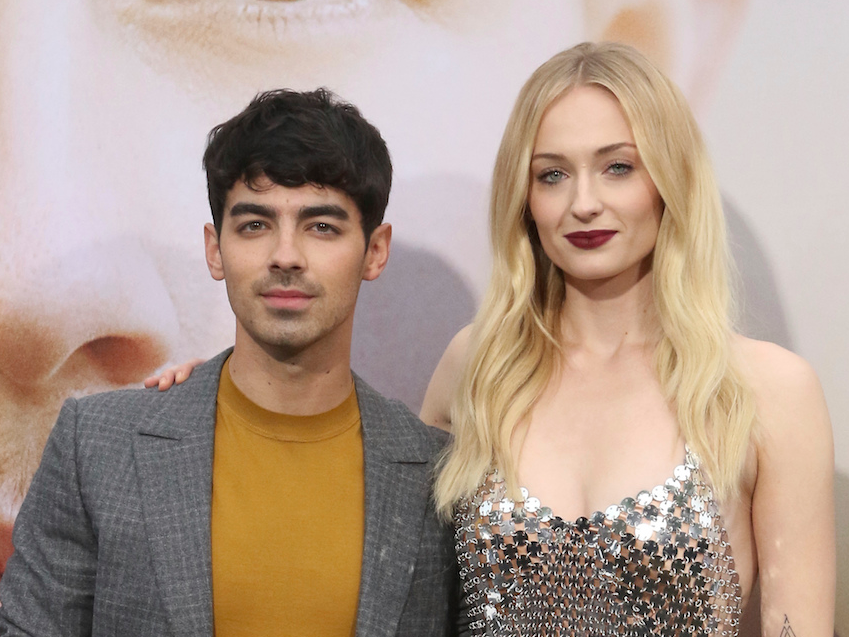 Joe Jonas says a song he wrote for Sophie Turner makes him think about their wedding every time he performs it: ‘It’s like my vows before I wrote my vows’

Joe Jonas opened up about his relationship with wife Sophie Turner in the Jonas Brothers’ new Amazon Prime Video documentary titled “Happiness Continues.” Jonas said that he wrote the band’s song “Hesitate” for Turner and described it as “my vows before I wrote my vows.” The singer also said that […]

Sophie Turner did a virtual interview with late-night host Conan O’Brien on Tuesday and said she’s “kind of loving” being stuck at home amid the coronavirus pandemic. Aside from being a “homebody” and “introvert,” the “Survive” actress said that self-isolating is forcing husband Joe Jonas to spend more time with […] 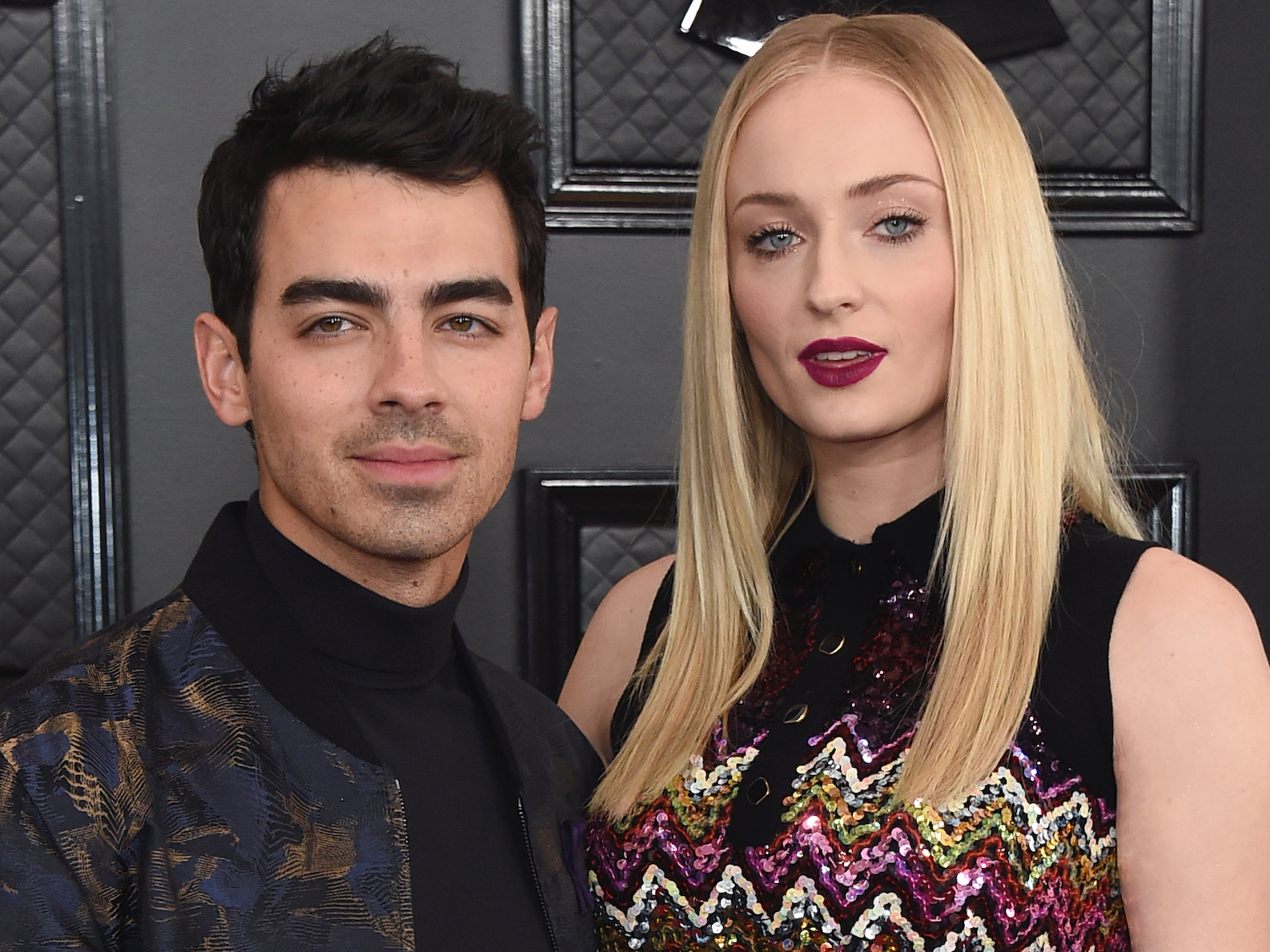 The World Health Organisation and governments all over the world are recommending social distancing and isolation when possible to quell the spread of the COVID-19 coronavirus. Sophie Turner and Joe Jonas have been quite creative with how they are spending all this free indoor time they suddenly have. Jonas posted […] 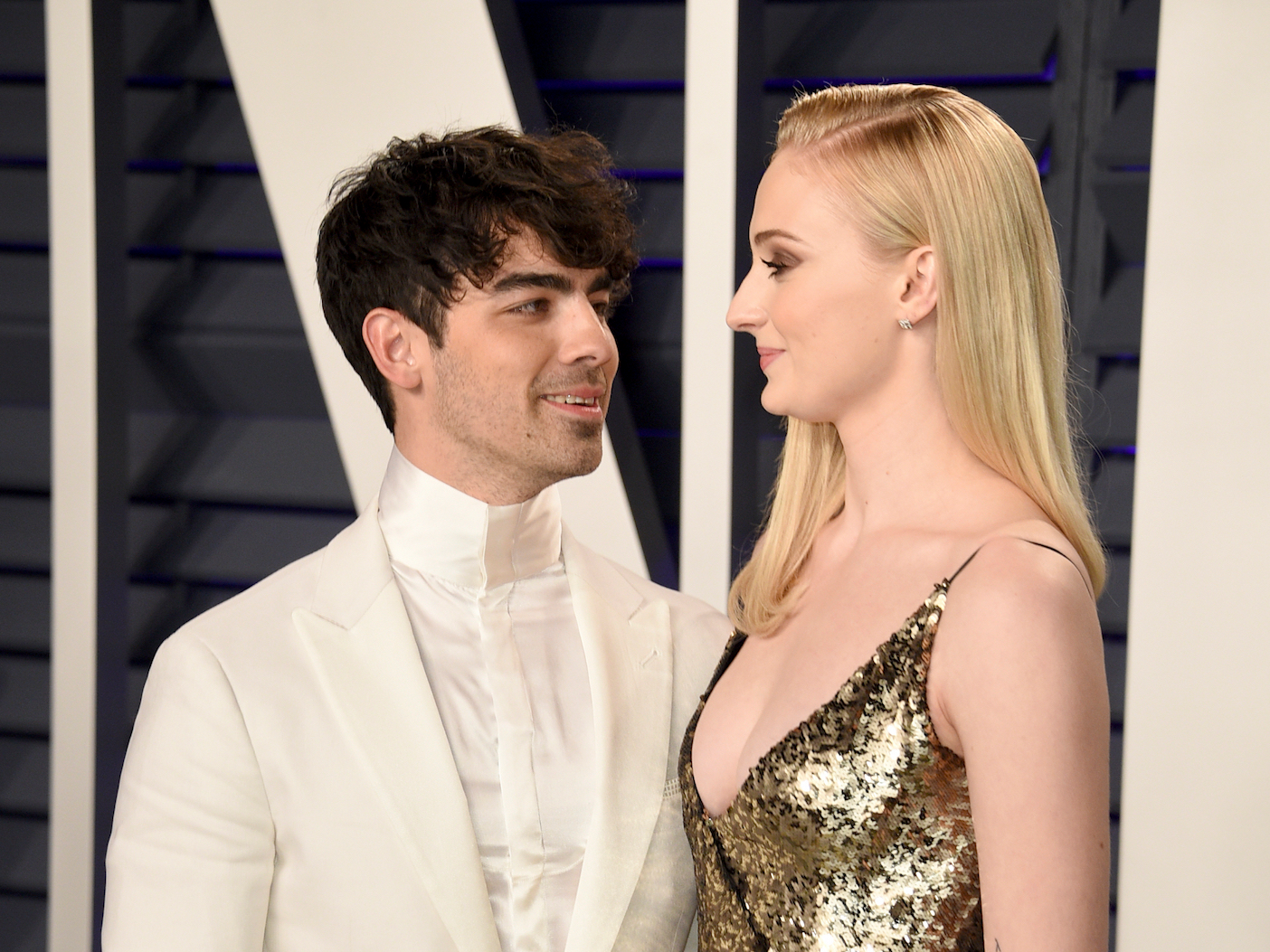 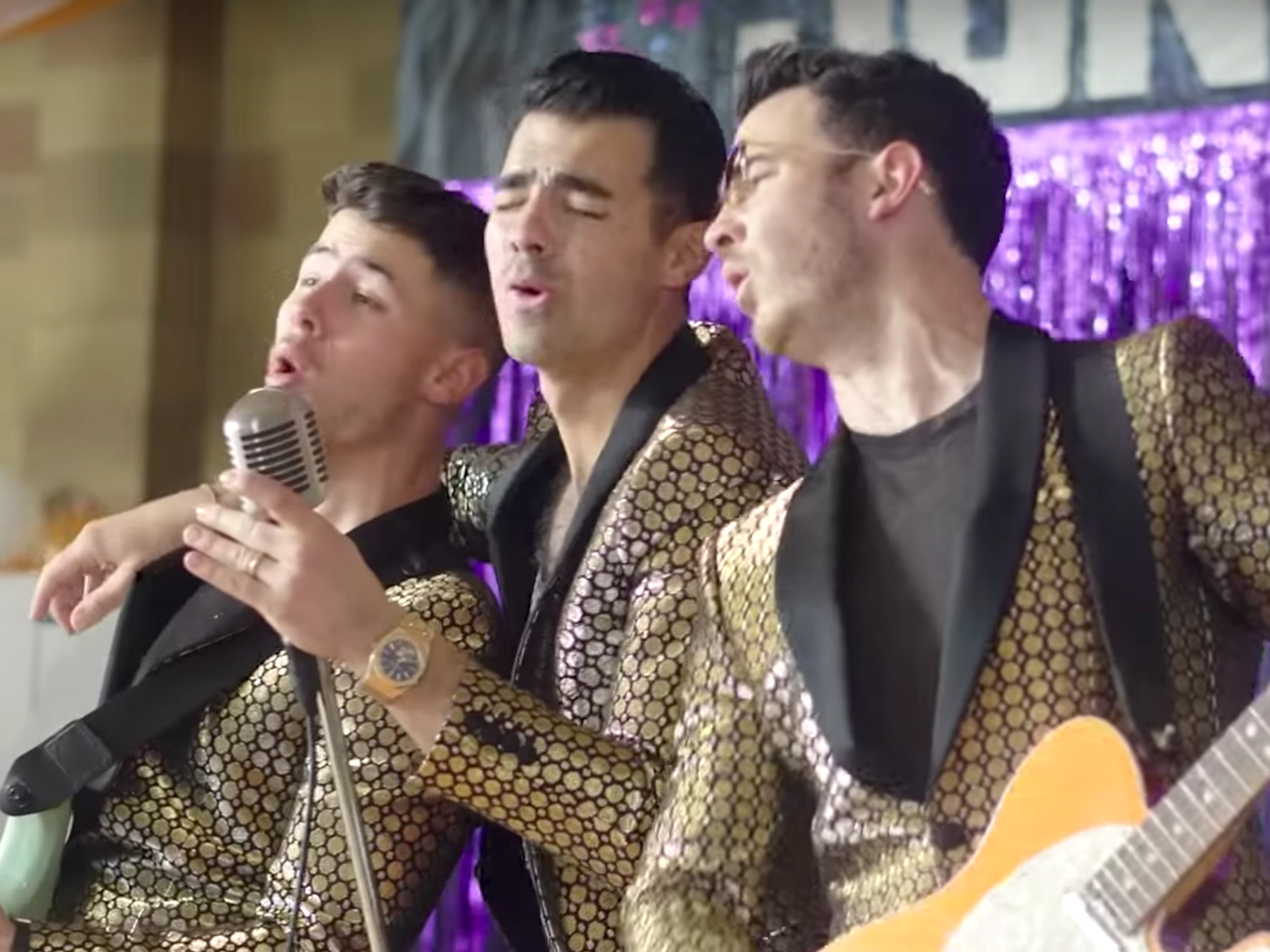 34 celebrity couples who wrote and recorded songs together

Famous singers and musicians who date each other often end up collaborating on music. These 36 celebrity couples worked on at least one song together, from Sonny and Cher’s iconic hits to Shawn Mendes and Camila Cabello’s recent duet “Señorita.” Some couples worked together behind the scenes: Halsey’s debut album […]

Joe Jonas and Sophie Turner are reportedly expecting their first child together. Just Jared was the first to report on Wednesday that Turner was pregnant. Us Weekly and E! News also said they confirmed the news. The couple met in 2016, got engaged in 2017, and exchanged vows during two […]

The Jonas Brothers – comprised of siblings Nick Jonas, Joe Jonas, and Kevin Jonas – participated in an interview with Capital FM and spoke about their 2020 Grammys performance. Nick was asked about the viral moment in which he was seen with spinach stuck in his teeth while singing. The […] The Jonas Brothers – comprised of Nick Jonas,Joe Jonas, and Kevin Jonas – performed at the 2020 Grammy Awards on Sunday at the Staples Centre in Los Angeles, California, where they were nominated for best pop duo/group performance for “Sucker.” In addition to singing their recently-released track “What a Man […]