Joaquin Buckley won the Knockout of the Year prize in MMA for the spinning back heel kick finish he scored last year. The move was so good it prompted Donald Trump to call the UFC boss Dana White and ask him if he’d ever seen anything like it before. It […] 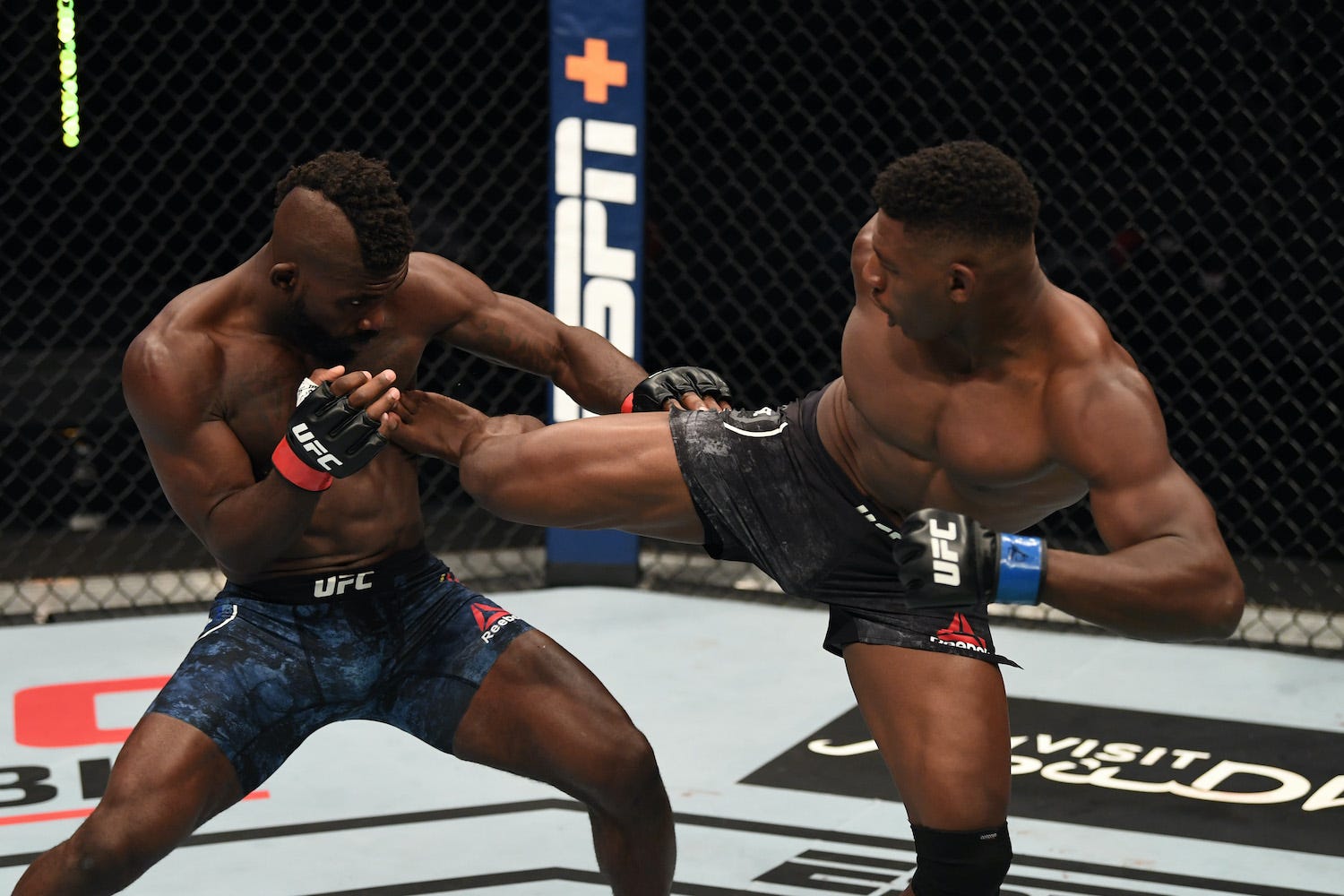 Joaquin Buckley has added another highlight to his ever-growing reel. The American finished his Saturday opponent just 18 seconds into the second round, with a two-punch combination. Buckley was rewarded with a $US50,000 performance bonus – his second bonus check in as many months after scoring a leading Knockout of […] 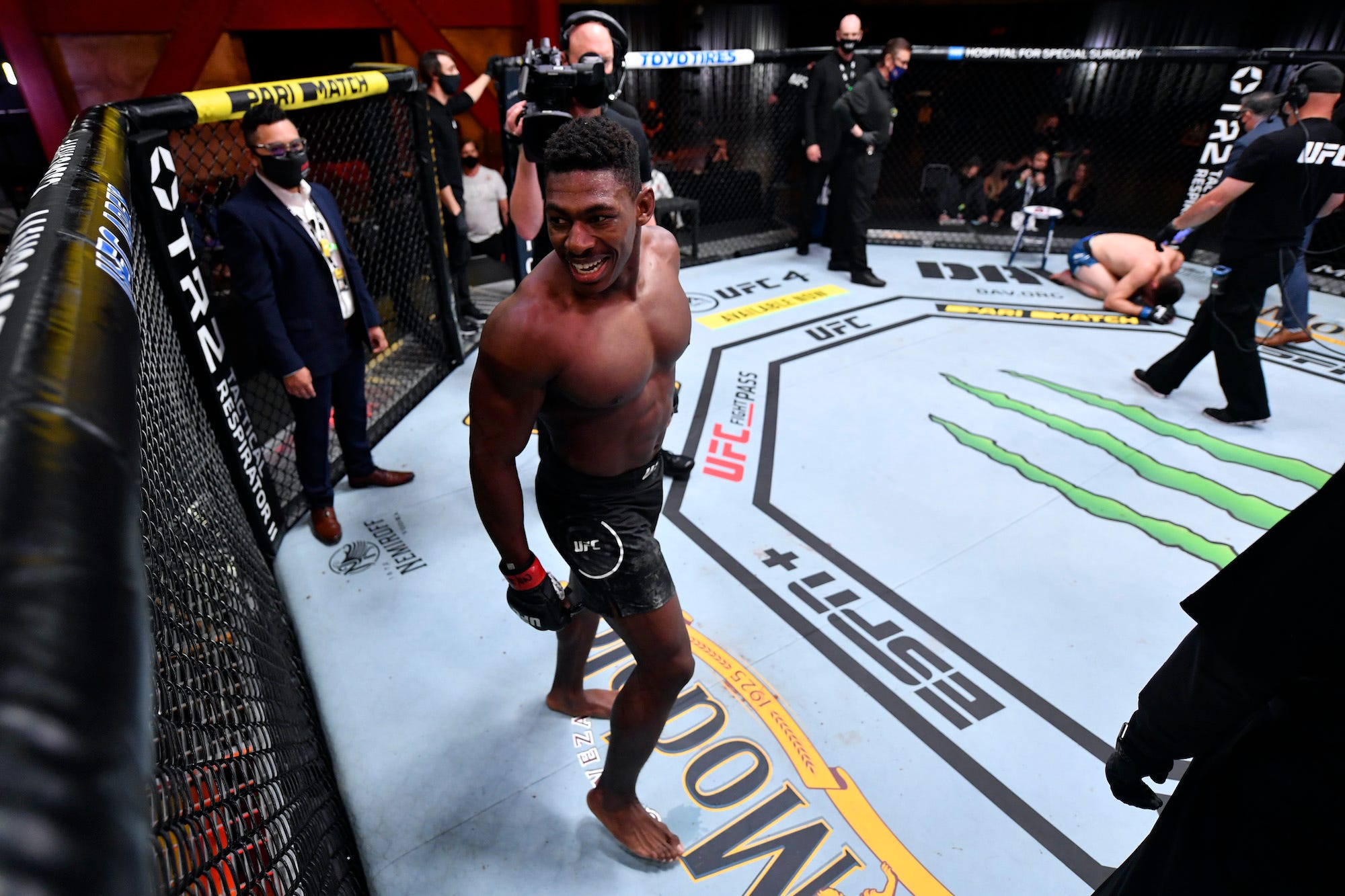 A video game cheat code, a highlight-reel kick, and hard-fought decisions: UFC Fight Island 5 was one of the best pandemic events yet

The UFC’s most recent show was one of the best its produced all year. It contained highlight-reel moments, extraordinary striking, and a knockout that is an all-time contender when Joaquin Buckley landed a rare jump spinning back kick on his opponent. Though Buckley stole the show, the UFC Fight Island […] 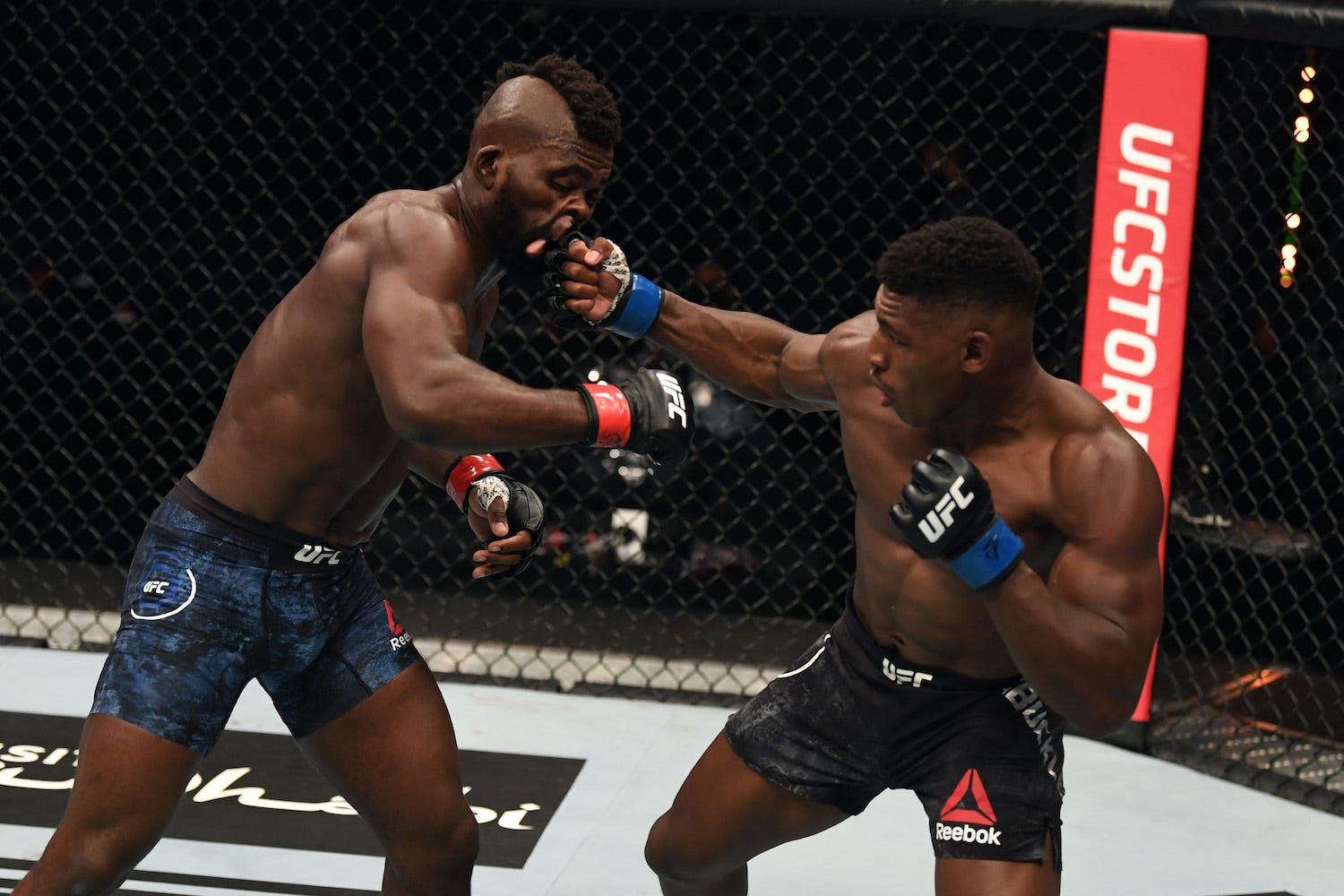 Joaquin Buckley landed one of the most unbelievable knockout strikes in UFC history, according to the UFC itself. Buckley fought on the preliminary card of the UFC Fight Island 5 event in Abu Dhabi, but finished Impa Kasanganay so emphatically that his win stole the show. The UFC was quick […]

Joaquin Buckley scored a knockout strike so rare and so awesome, it has been watched more than eight million times, and rising, since the UFC posted the clip on Twitter on Saturday. The American fighter called the move “Wakanda style,” and considering he posed with his arms crossed like the […] 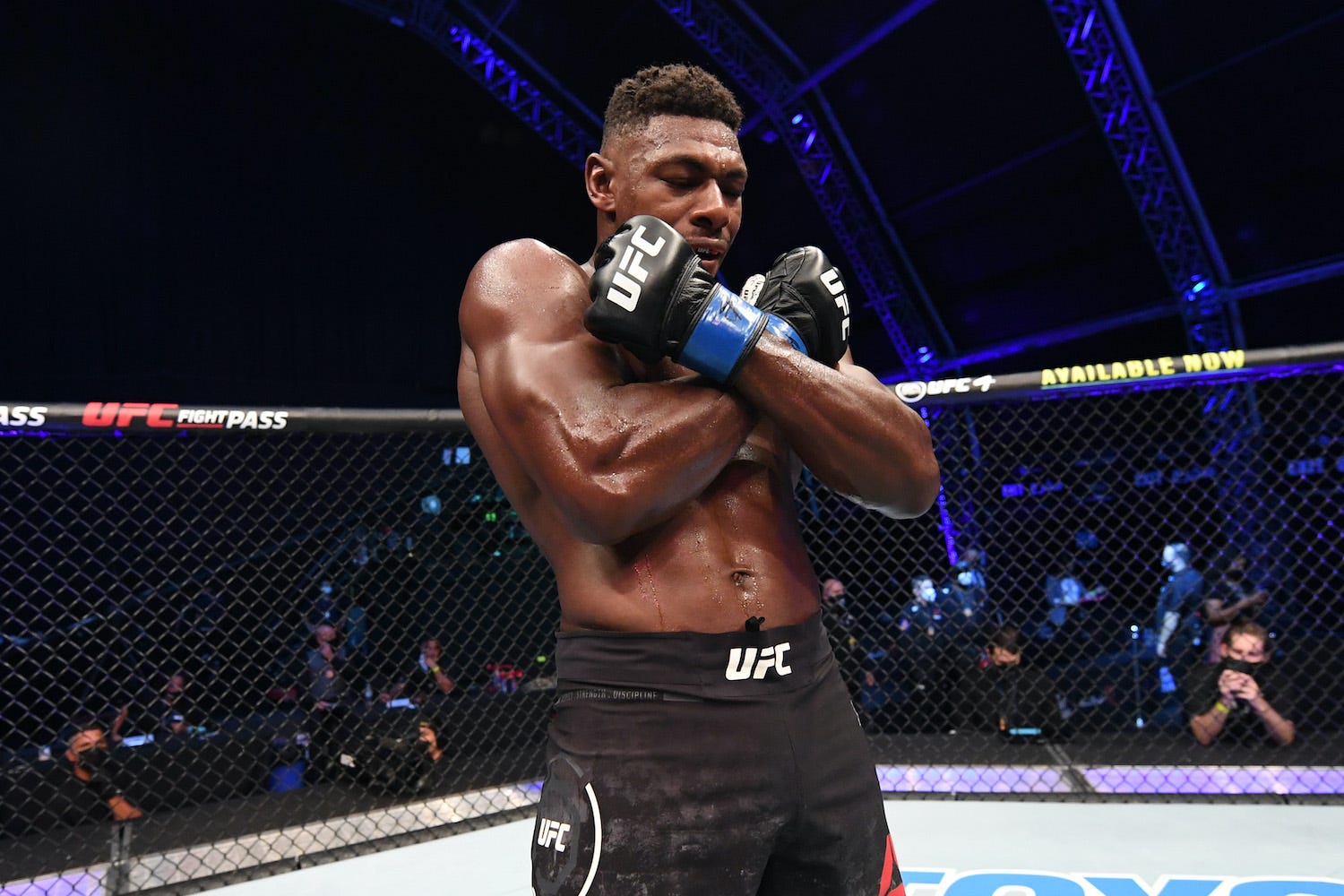 Joaquin Buckley’s quick-thinking jump spinning back kick knockout win over Impa Kasanganay has seemingly wowed everybody who saw it. Moments after Buckley left his middleweight opponent stiff, concussed, and defeated, he turned to the UFC commentators. You can see their reactions in the photograph below as they stood on the […] 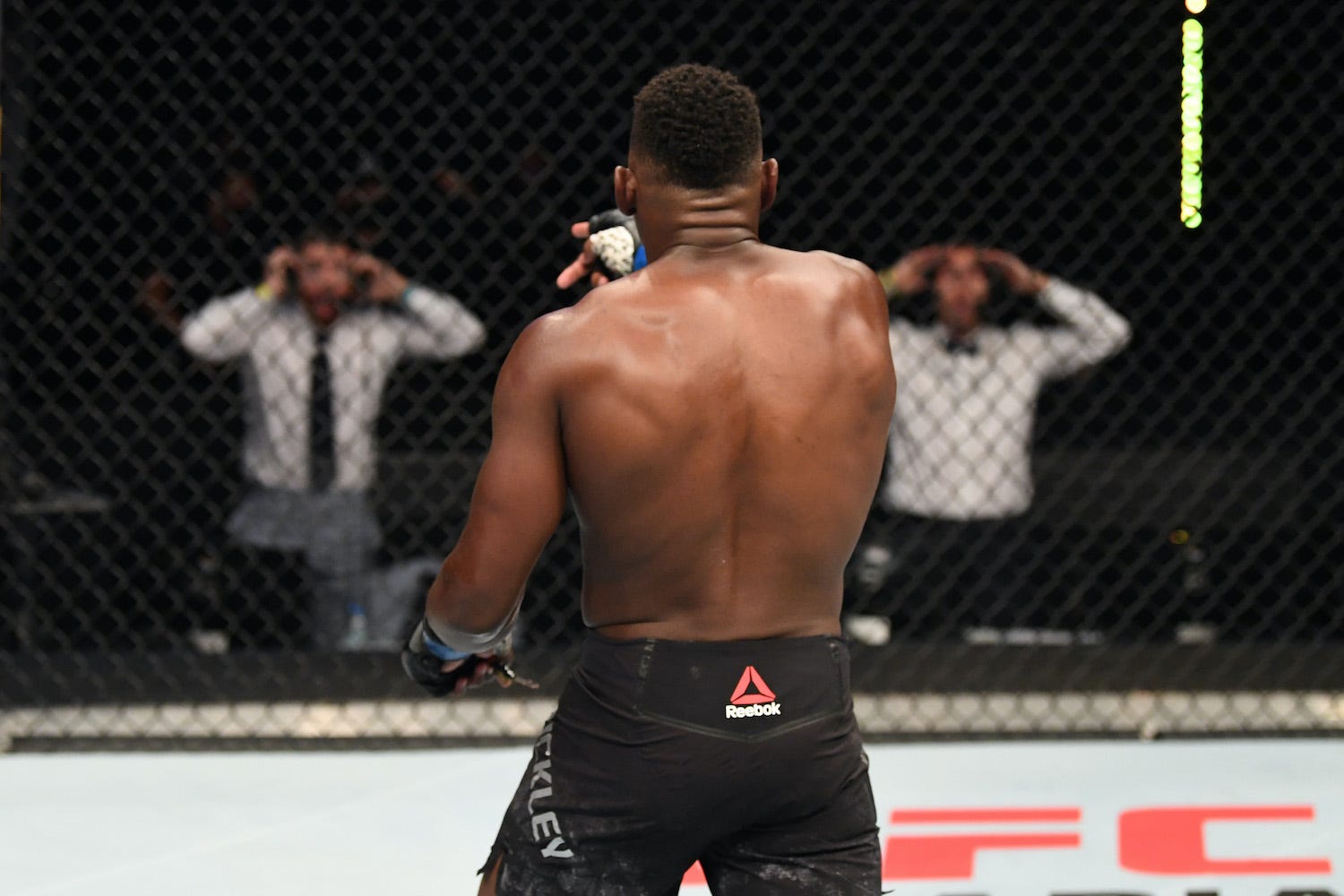 A 26-year-old American is credited with the ‘most unbelievable’ KO in UFC history, after unleashing a jump spinning back kick

Joaquin Buckley produced the most “unbelievable knockout in UFC history” during the Fight Island festival in Abu Dhabi. Buckley fought a middleweight match against Impa Kasanganay at the behind-closed-doors Flash Forum on Yas Island, Saturday. Midway through the second round, Kasanganay appeared in control as he caught a Buckley kick […] 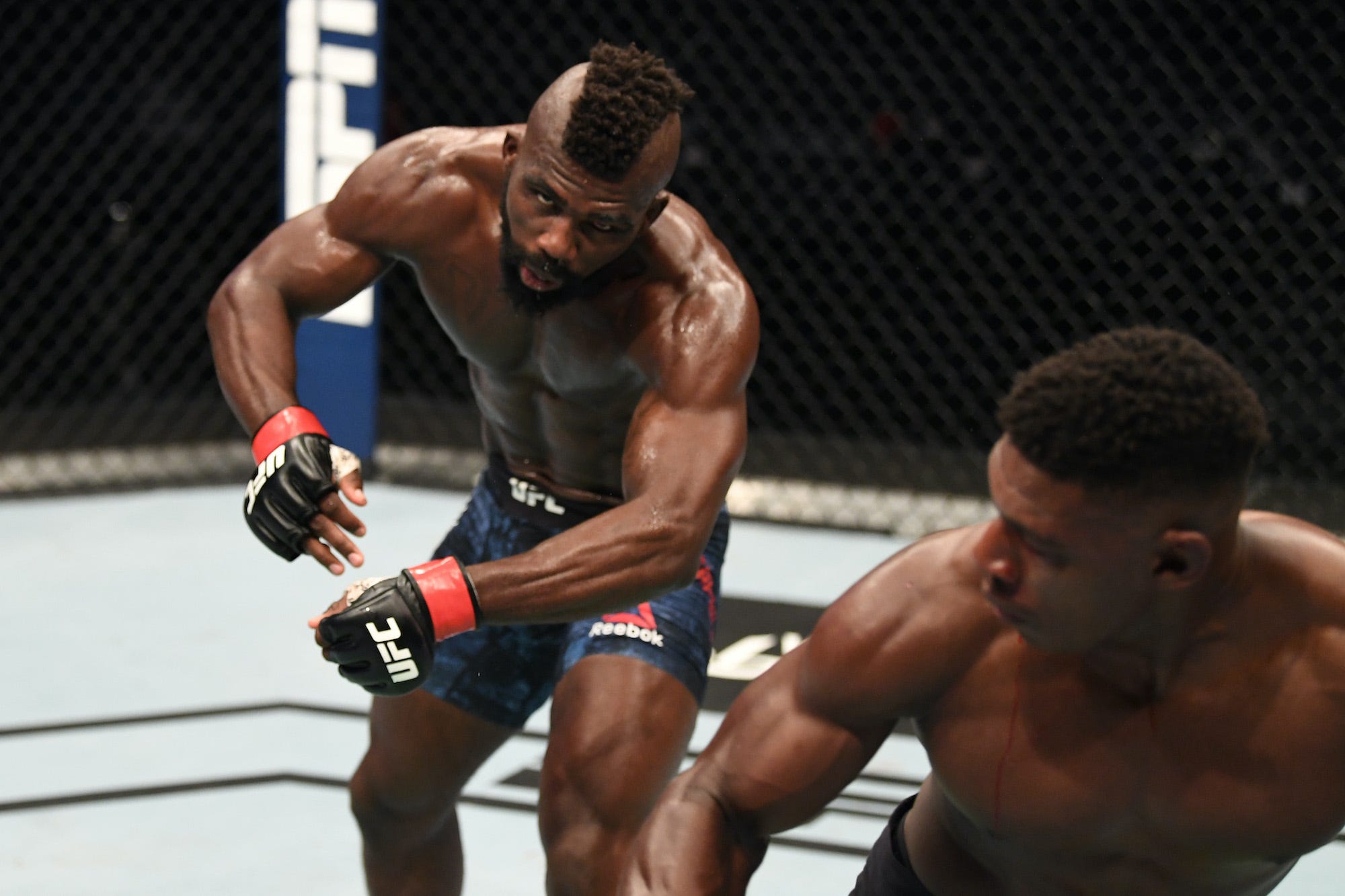