Arab Randa Aweis' kidney transplant from Yigal Yehoshua, a Jew killed in Lod, is a 'symbol of hope' in the Israel-Palestine conflict, say doctors. 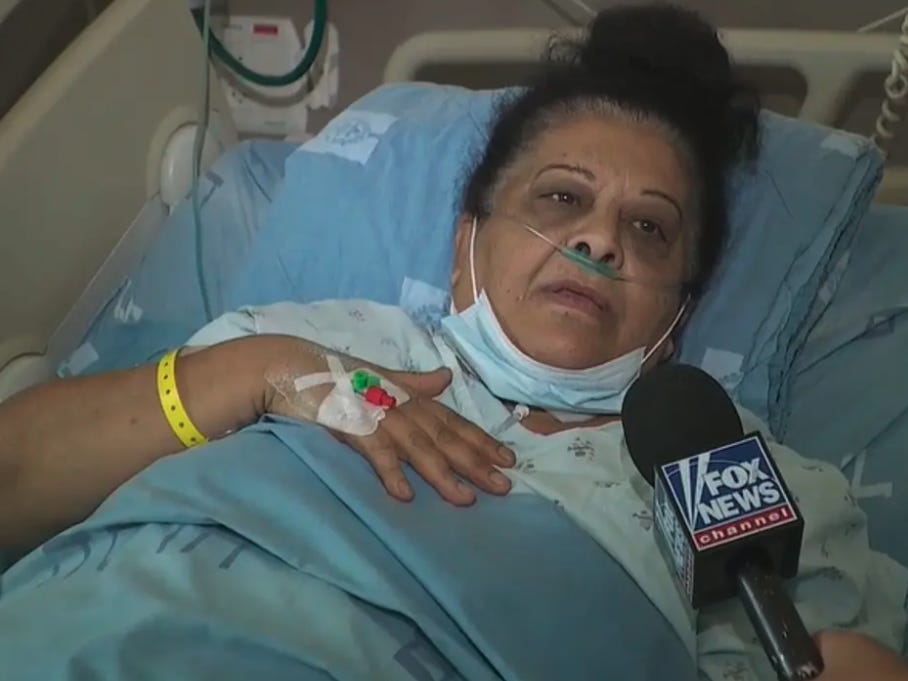 Hamas unleashed a barrage of rockets on Israel, putting Israel's Iron Dome defense system to the test amid rising tensions. 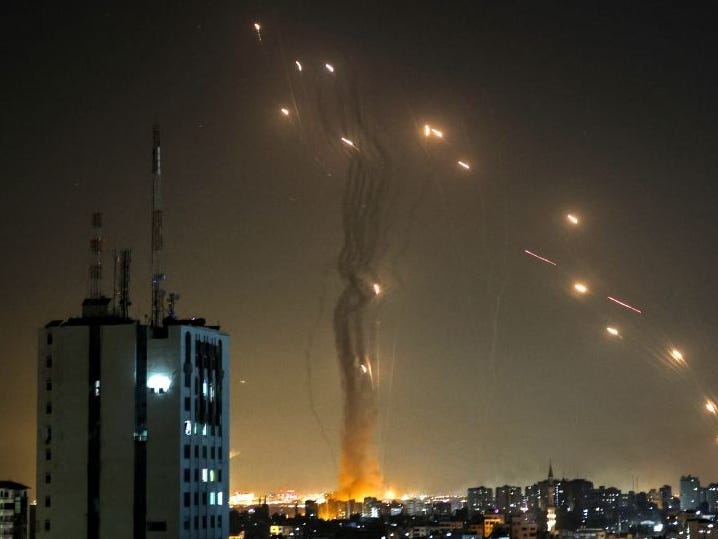 "He can't even condemn the killing of children," Rep. Ilhan Omar tweeted in response to remarks by State Department spokesperson Ned Price. 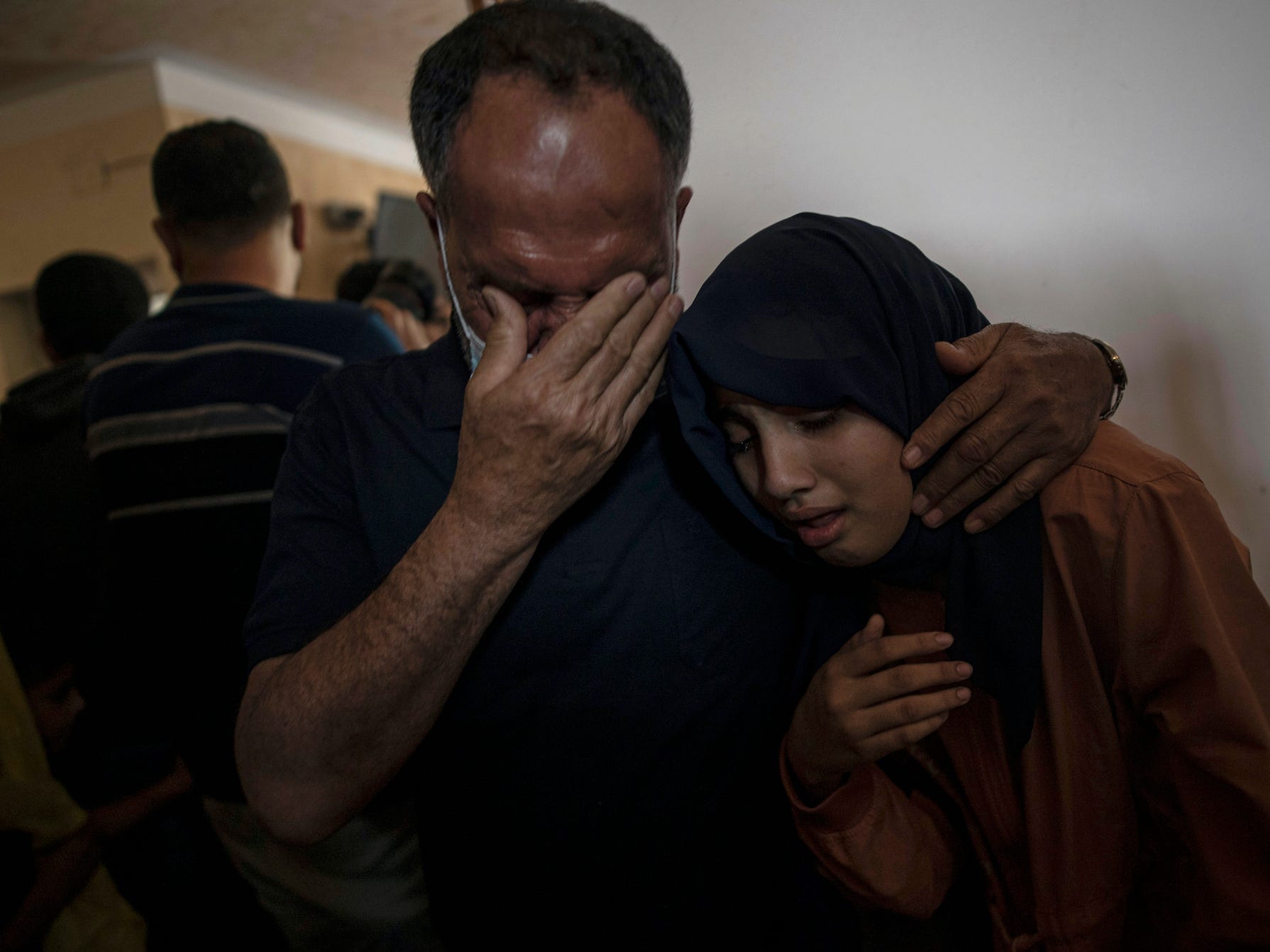 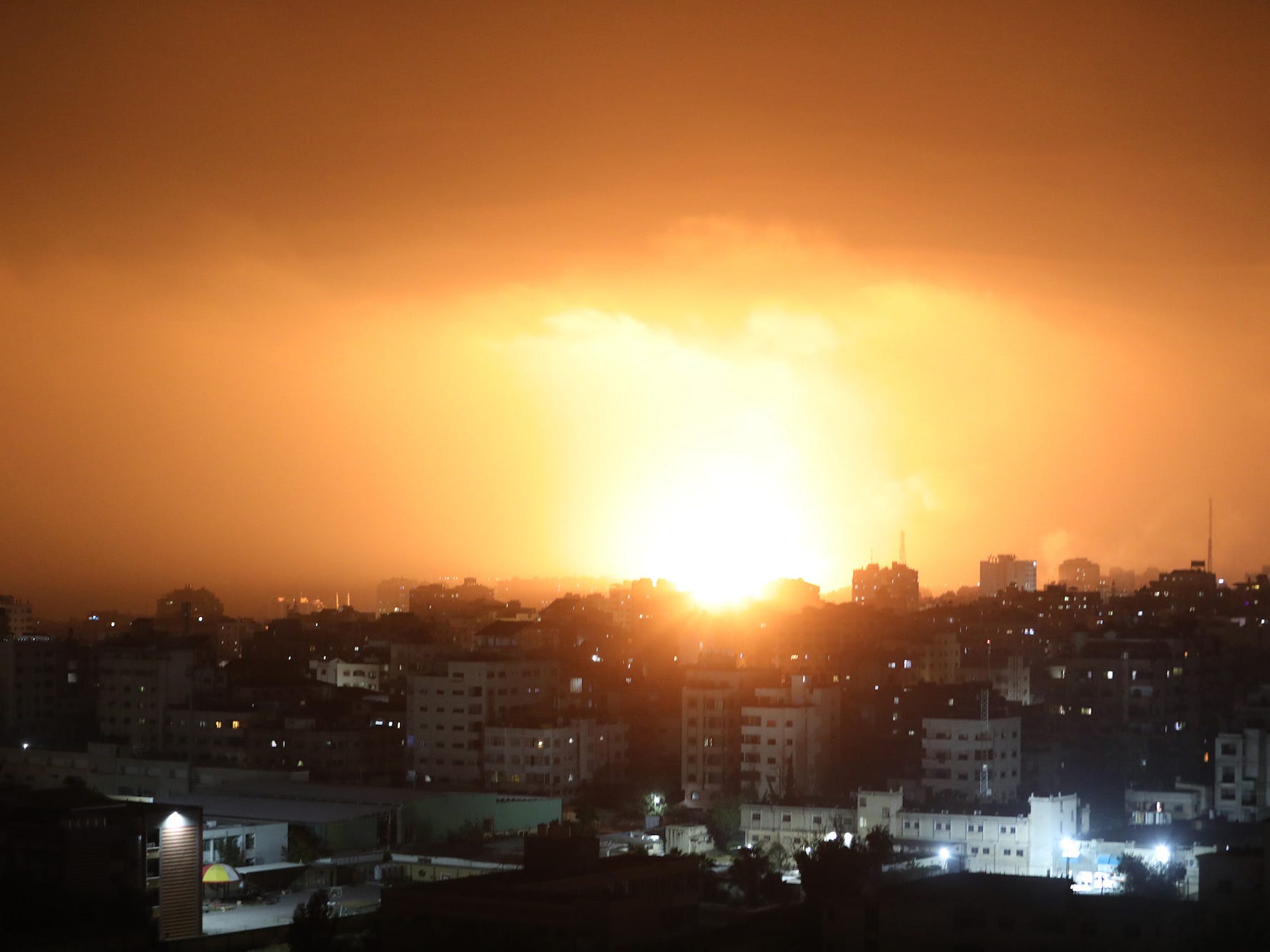 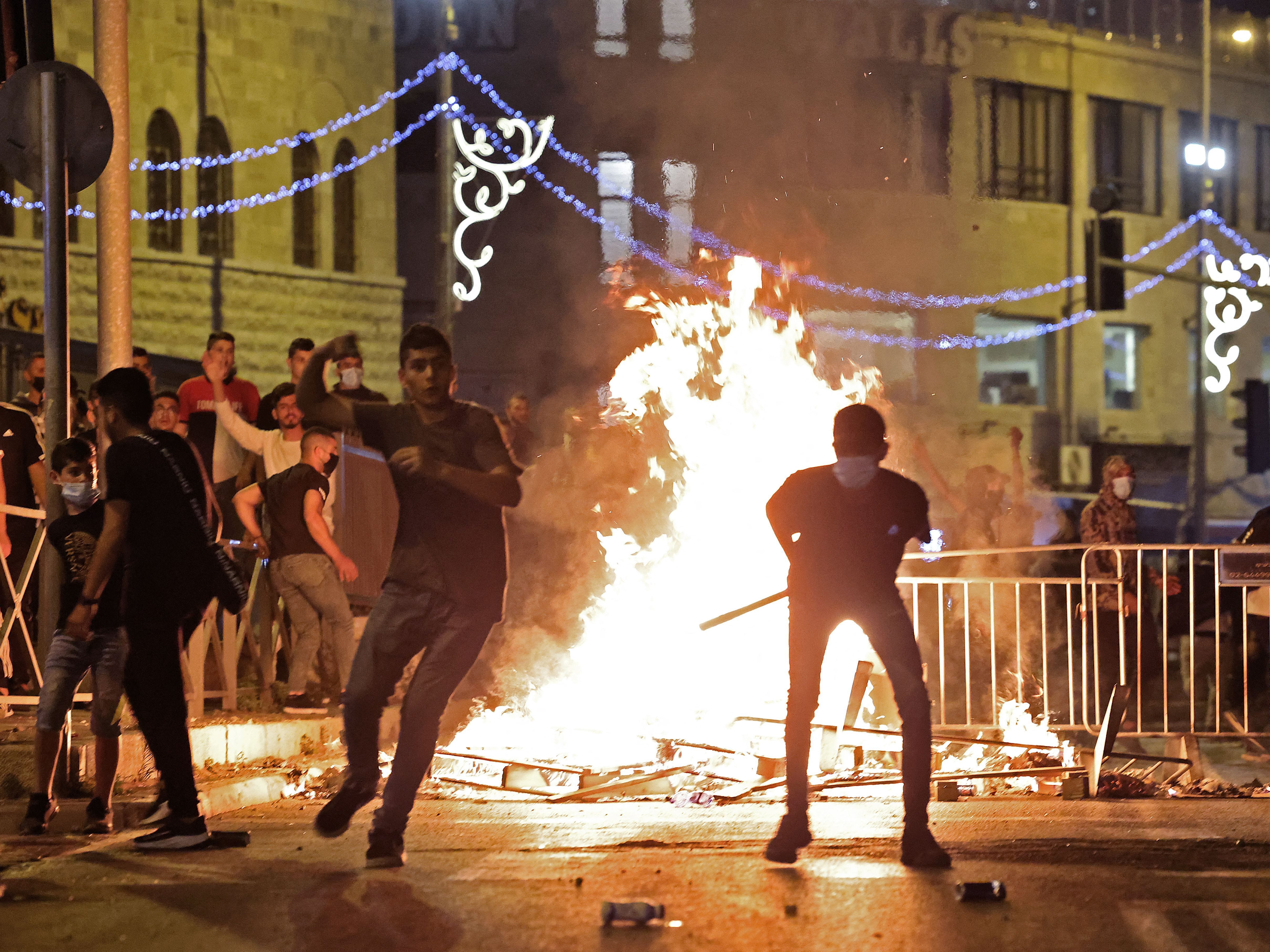 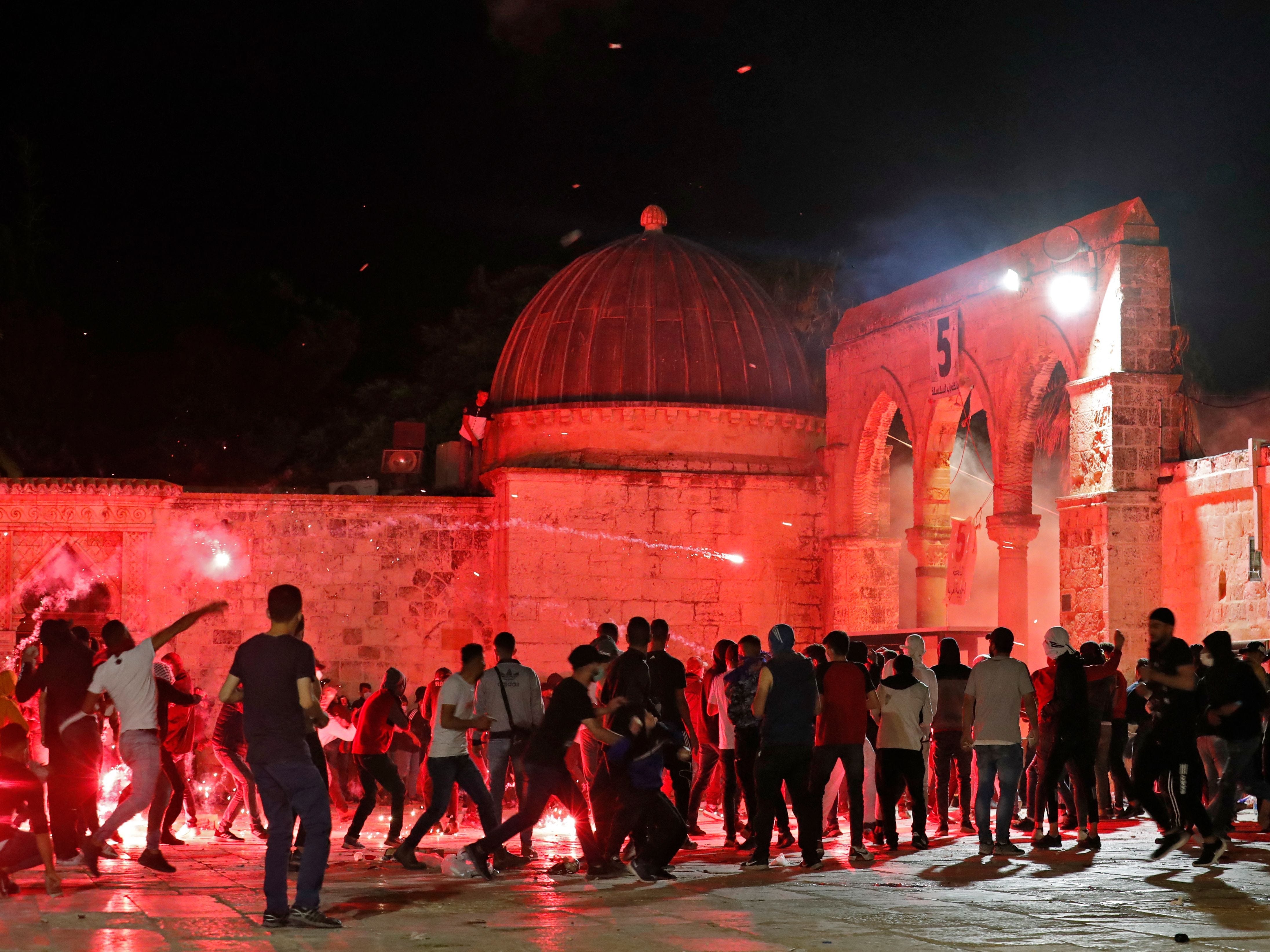 More than 200 people were injured at a mosque in Jerusalem after Palestinians clashed with Israeli police, group says

Following weeks of rising tension, the clashes occurred outside the al-Aqsa mosque, a significant holy site for Muslims and Jews. 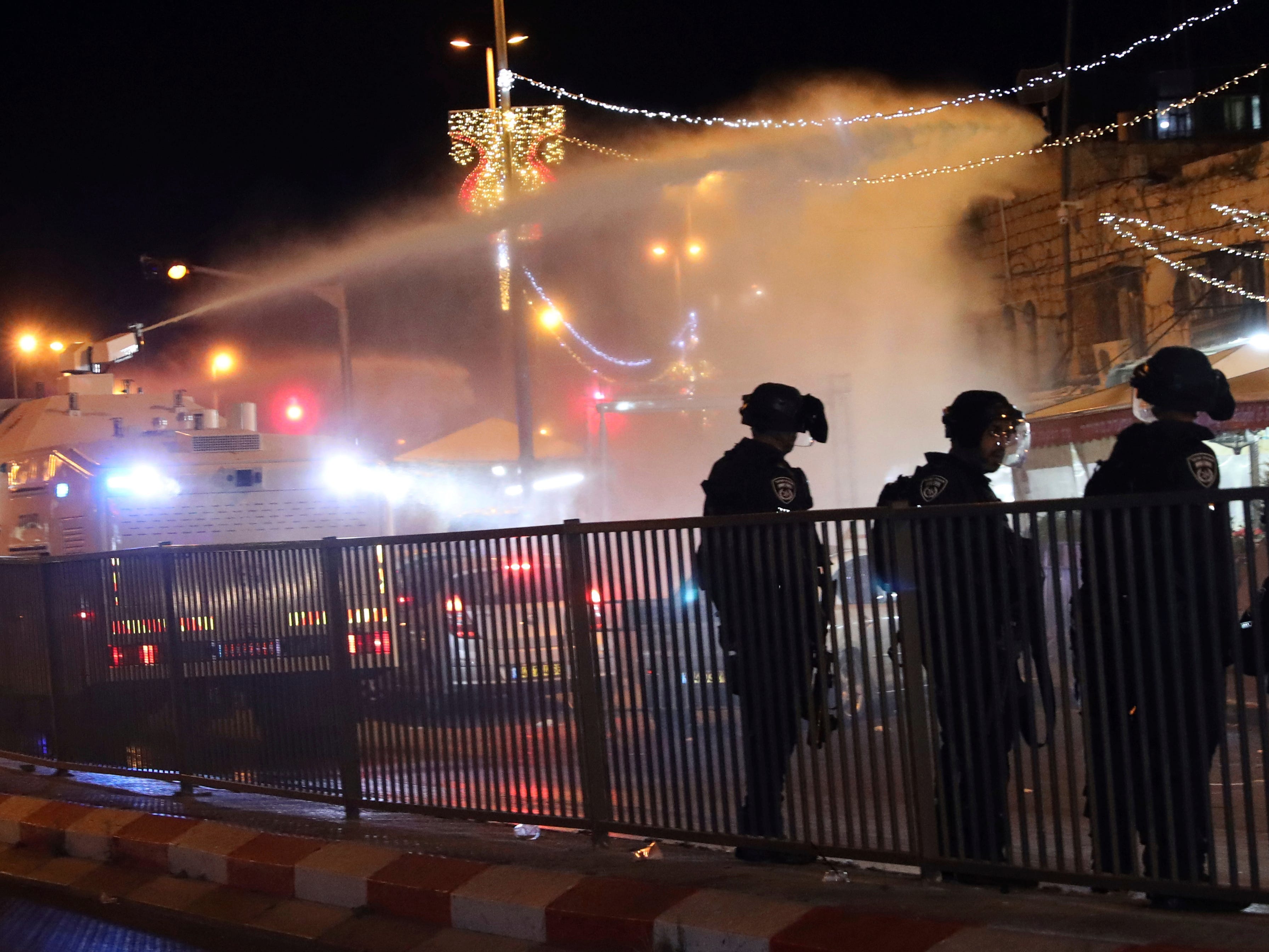 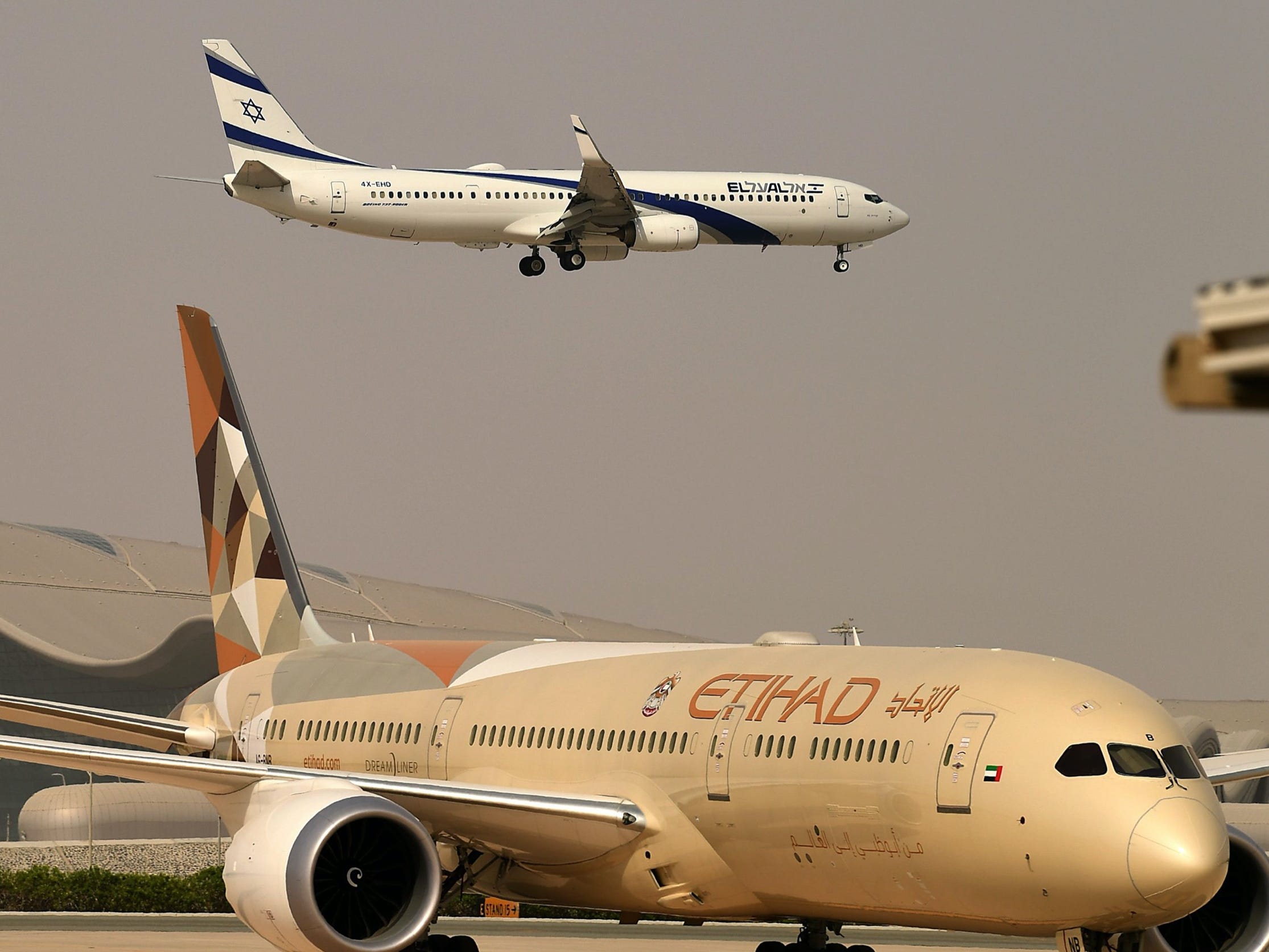 Many people are familiar with hummus and falafel. But Israel has a lot of other delicious foods to offer, including sabich, a popular sandwich stuffed with fried eggplant. Dessert lovers will also want to try rugelach and halva. Visit Insider’s homepage for more stories. Israel has a diverse food scene […] From the Mediterranean shores of Tel Aviv, Israel’s fraught geopolitical position is almost non-existent. Tourists and locals alike sip Goldstar, Israel’s ubiquitous dark lager, as the waves roll in and out. Children laugh and splash in the water. A group of teens play volleyball as the sun sets. It feels […] It’s time to admit the truth: I’m in love with Google’s Pixel 2 smartphone camera. Admittedly, it’s easy to fall in love with. The Pixel 2 camera produces stunning, vibrant, better-than-real-life photos regularly. The building here, for instance: In reality, the building was actually darker than in this photo – […] Documents made public this month show the State Department awarded a $US21.2 million contract for upgrades to the US embassy building in Jerusalem. Trump previously boasted that the site would cost between “$US200,000 to $US300,000.” The new US embassy in Jerusalem will cost $US21.2 million to construct – nearly $US20 […] Lockheed Martin, maker of the F-35 stealth fighter jet, is opening a preschool in Jerusalem

The US-based company, well-known for their F-35 and F-22 Raptor fighter jets, is opening up a science-focused preschool in Jerusalem. Jerusalem’s municipality said the school is part of the company’s established STEM kindergarten network called “Madakids.” Lockheed Martin has invested over $US1 billion on reciprocal procurement deals with Israel between […] David Friedman, the US ambassador to Israel, was photographed holding an image that seemed to erase the Dome of the Rock, an Islamic holy site. In trying to clean up the political fallout, the US embassy in Jerusalem tweeted that it “supports the status quo on the Haram al-Sharif/Temple Mount.” […] Ivanka and Kushner regain the spotlight with their controversial Jerusalem appearance

After laying low for several months, Ivanka Trump and Jared Kushner made waves in the international arena by opening the new US embassy in Jerusalem on Monday. Critics say the couple’s role in the impactful and deeply controversial move is inappropriate given their lack of diplomatic experience. “We don’t have […] One striking image shows just how different the scenes were on Monday in Jerusalem and Gaza. The two areas are roughly 50 miles from each other, but could have been worlds apart. In Jerusalem Ivanka Trump and Jared Kushner spoke at the opening of the new US embassy. While in […]

The Trump administration has officially opened the new US embassy in Jerusalem, a decision which sparked deadly protests in which dozens of people have died. A ceremony at the site of the embassy took place, at which the seal of the United States was unveiled by Treasury Secretary Steve Mnuchin, […] White House senior adviser Jared Kushner is pushing a peace deal and hyping its possible benefits as Israeli forces use lethal force against Palestinian protesters in Gaza. On Monday alone, Israeli troops killed at least 16 Palestinians, including a 14-year-old boy and a man in a wheelchair, and some 500 […] Ivanka Trump and Jared Kushner have arrived in Israel to open the new US embassy in Jerusalem. The US president’s daughter and son-in-law, as well as other senior administration officials, will attend the opening of the embassy later on Monday, around 4 p.m. local time. Donald Trump recognised Jerusalem as […]