Dozens of syringes and hypodermic needles are washing up on the Jersey Shore, prompting beach closures

Beach-cleanup crews at Seven Presidents Park in New Jersey said they found hundreds of syringes and cautioned beachgoers to be careful on the sand. 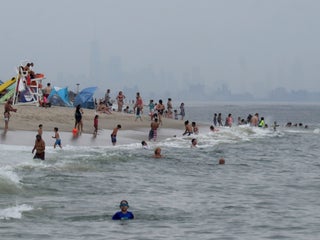 Nicole "Snooki" Polizzi told Us Weekly that when her kids are older, she'll tell them to do the opposite of what she did on "Jersey Shore." 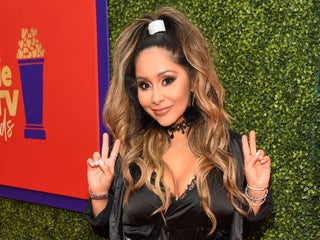 One house in the Hamptons reportedly rented for $2 million for the summer, as a home shortage pushes vacation rental prices higher

Summer home rentals are going fast this year, as the vaccination rate picks up and more people look to travel. 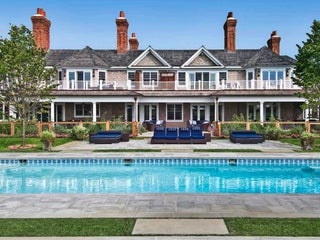 My entire family’s gone to the Jersey Shore for the last 24 years. This year we almost had to cancel, but we found a way to keep each other safe.

Each year for 24 years in a row, my family has met for a week-long summer vacation in Ocean City, New Jersey. This year we made the decision to continue tradition through the coronavirus pandemic, and we took precautions to keep each other safe. While some of the beaches seemed […] 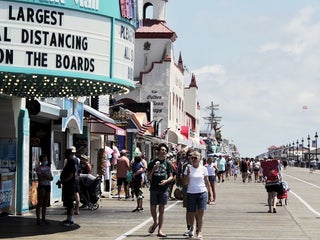 New Jersey will be opening public and private beaches starting May 22, New Jersey Gov. Phil Murphy announced at a press conference on May 14. Earlier this month, the state reopened its golf courses and state parks. As of Thursday, New Jersey had over 140,000 cases of the coronavirus, though […] 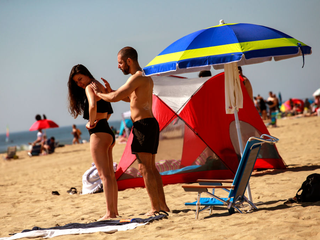 How custom surfboards are made

Kona Surf Co. is a family-owned business in Wildwood, NJ. The shop has been making surfboards for over 50 years. Visit INSIDER’s homepage for more stories. Following is a transcript of the video: Narrator: About 158 miles south of New York City, you’ll find Kona Surf Company, a surf shop […] The two first met in 2009 and they got married in 2015. After less than three years of marriage, Jenni “Jwoww” Farley filed for divorce from Roger Mathews in September. In December, Jenni said she was granted a temporary order of protection against Roger. Jenni is now dating someone new […] Nicole “Snooki” Polizzi and Jionni LaValle first met in 2010 during the filming of “Jersey Shore.” They got married in 2014. The couple recently welcomed their third child. Visit INSIDER’s homepage for more stories. Ever since MTV’s hit reality series “Jersey Shore” began in 2009, the main cast members have […]

THEN AND NOW: The cast of ‘Jersey Shore’ 10 years later

When “Jersey Shore” was in its prime, it was the most-watched show on MTV. The cast was known for their iconic tans, outfits, and hairstyles. And some of them haven’t changed much. The revival officially returned for its third season on August 22, 2019, beginning with The Situation heading to […] Mike “The Situation” Sorrentino was sentenced to eight months in prison on Friday. The “Jersey Shore” reality star pleaded guilty to several charges in January related to tax evasion. His castmates were in the Newark, New Jersey court room as the decision was read. With many of his “Jersey Shore” […]

MTV is bringing back ‘Jersey Shore’ with a reboot in 2018 It shouldn't be a surprise that the producer... Thousands of dead fish have washed up... Fire-Ravaged New Jersey Boardwalk Looks Even Worse Than After Sandy

The fire hit the same boardwalk that was ravaged by Hurricane Sandy. The fire is spreading to the boardwalk, which was just rebuilt after Hurricane Sandy destroyed it. You can see police break up a fight on the Jersey Shore boardwalk.