After leaving government in January, Adams has continued to be outspoken about public health issues, especially as it relates to school mask mandates. 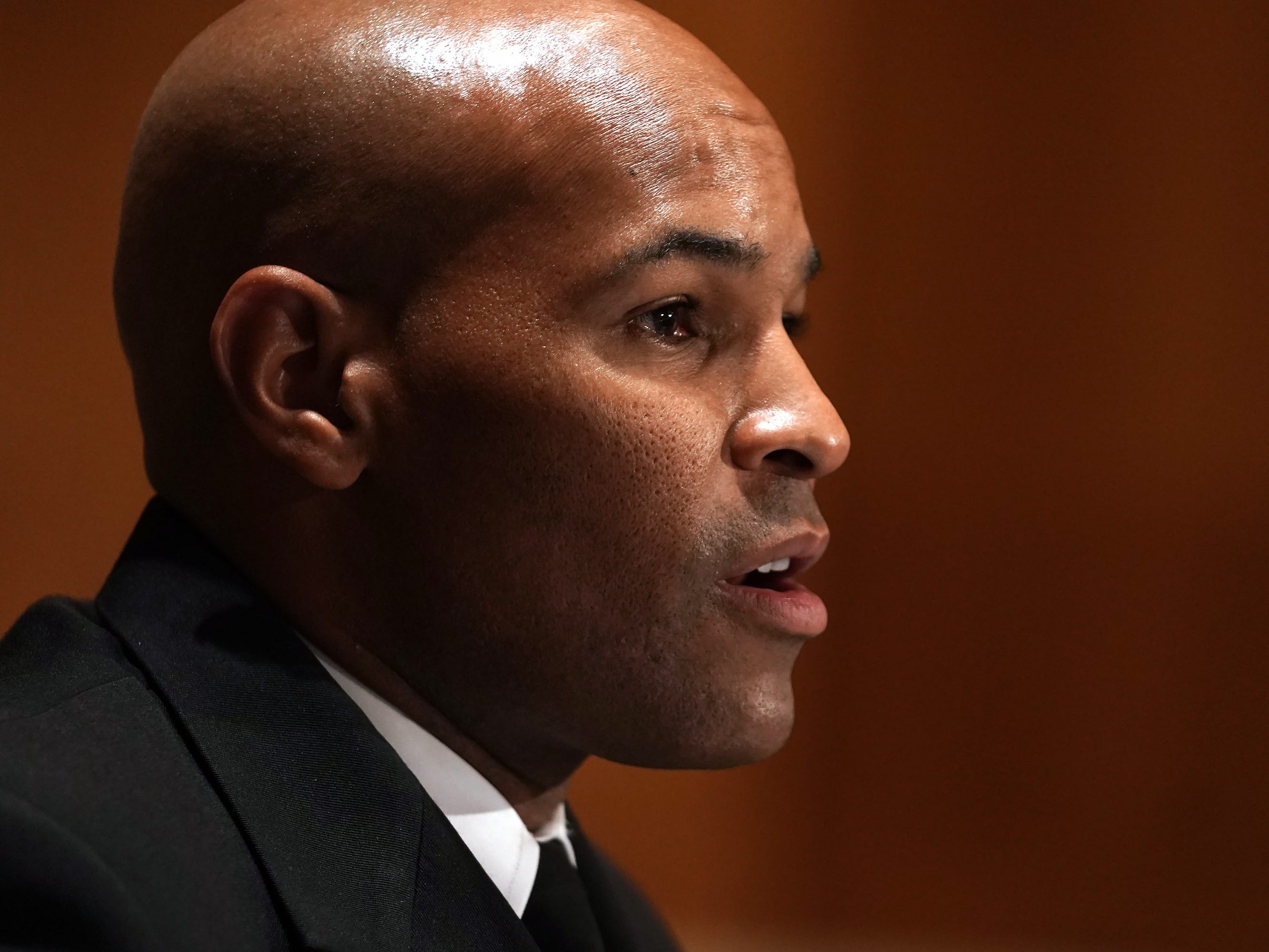 CDC should admit it was wrong and urge vaccinated Americans to wear masks again, says former surgeon general who served under Trump

Former Surgeon General Dr. Jerome Adams on Saturday said the CDC is being premature in lifting mask mandate, amid rise in Delta variant 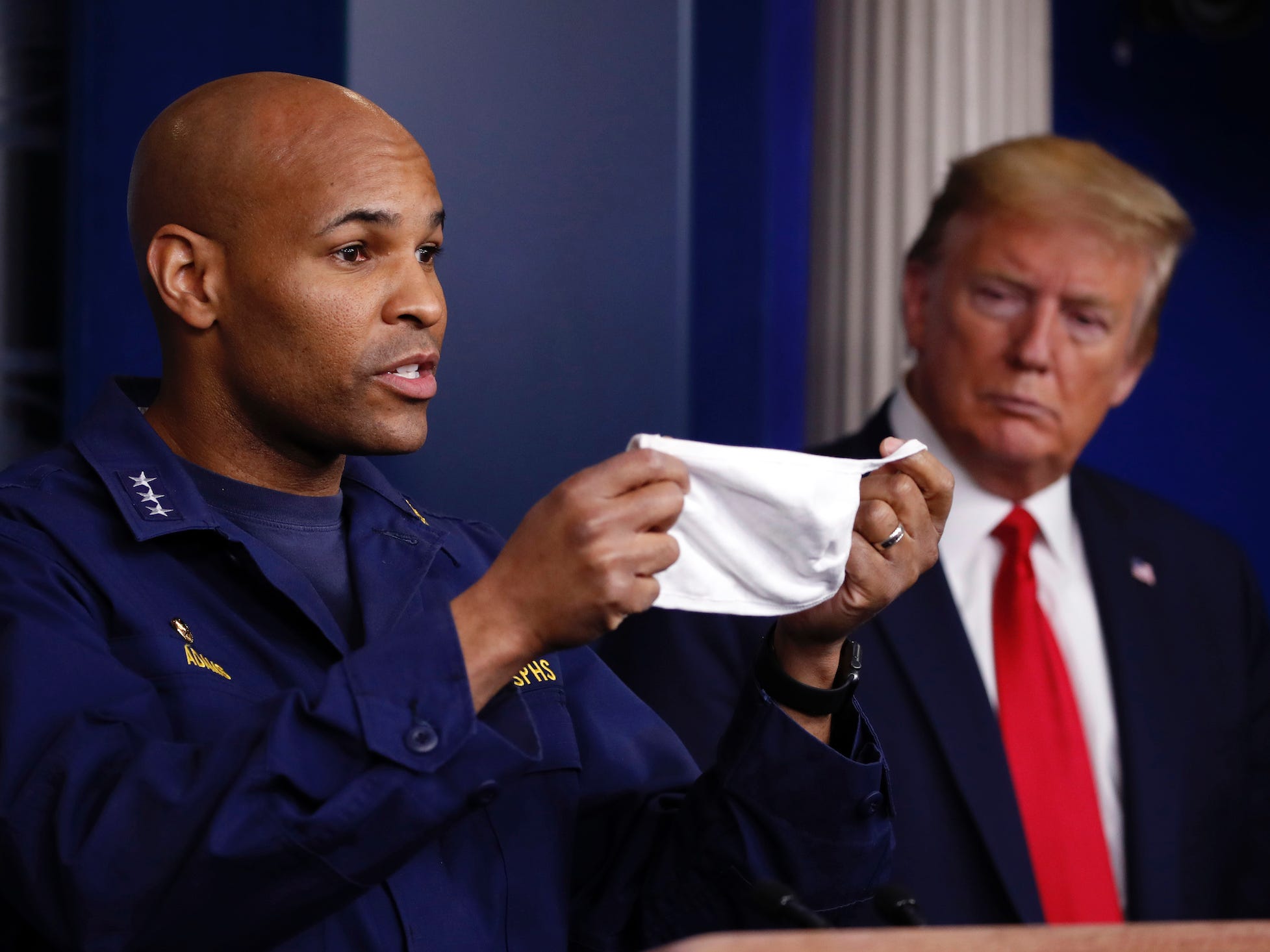 US Surgeon General says he has ‘no reason to doubt’ the 350,000 COVID-19 death toll in the US after Trump baselessly questioned its accuracy

US Surgeon General Jerome Adams on Sunday expressed confidence in the Centres for Disease Control and Prevention’s handing of COVID-19 data after it was baselessly criticised by President Donald Trump. “From a public health perspective, I have no reason to doubt those numbers,” Adams said during an appearance Sunday on […] 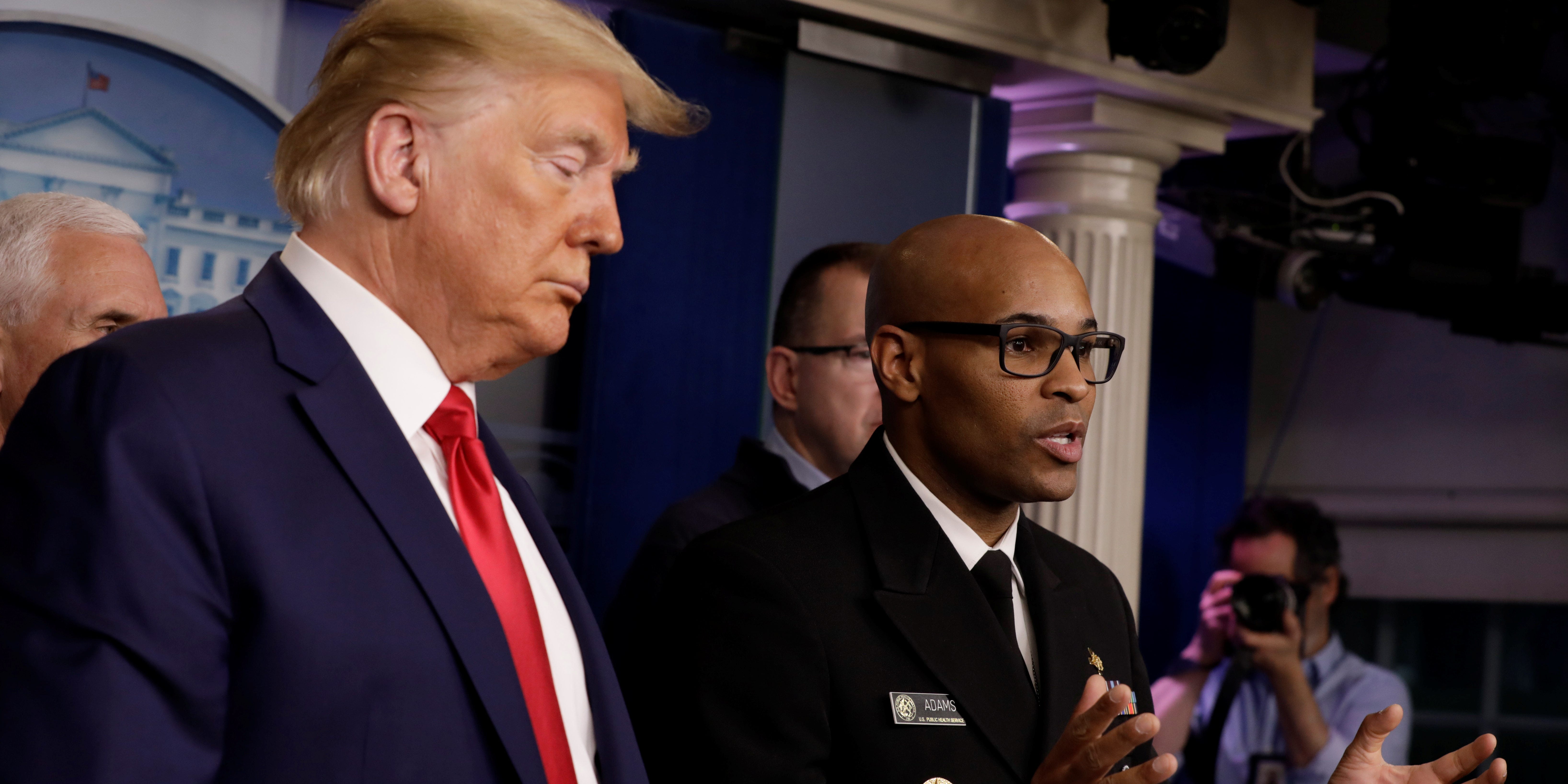 Surgeon General Jerome Adams says the US could turn around its novel coronavirus infections in two to three weeks if “everyone does their part.” Adams appeared on CBS’ “Face the Nation” on Sunday, two days after the US recorded its most daily COVID-19 infections yet. “Just as we’ve seen cases […] 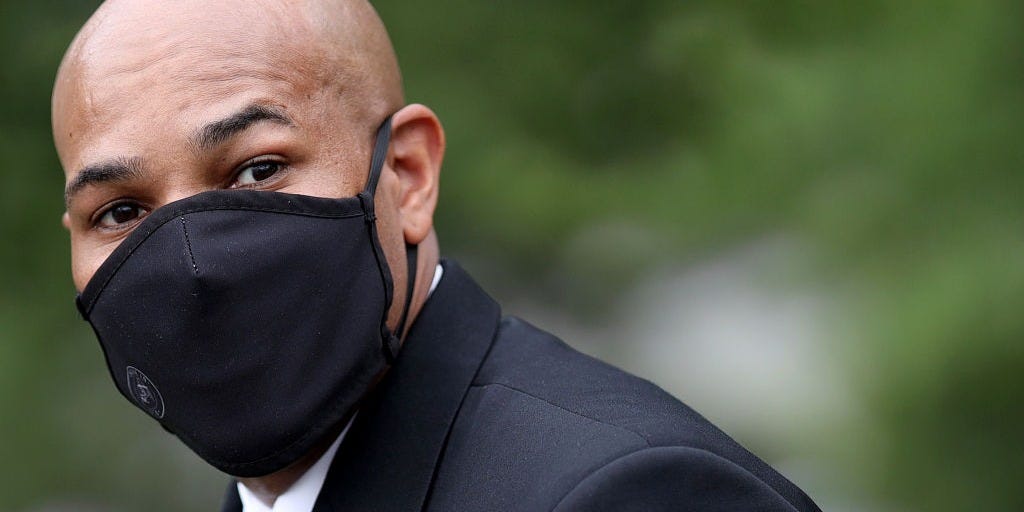 Exclusive: We spoke to America’s top doctor about the surge in coronavirus cases

Hello, Welcome to Dispensed Daily, your daily dose of healthcare news from Business Insider. Are you new to the newsletter? You can sign up here to get this email in your inbox every day. Hope you all had safe weekends and are looking forward to the July 4th weekend ahead […]

Only two US states, Connecticut and Rhode Island, are reporting declining coronavirus cases, per CNN. 36 states are seeing rising cases, while numbers are holding steady in the remaining states. The US has been breaking records for new daily cases, with an all-time one-day high of 40,000 new cases on […] 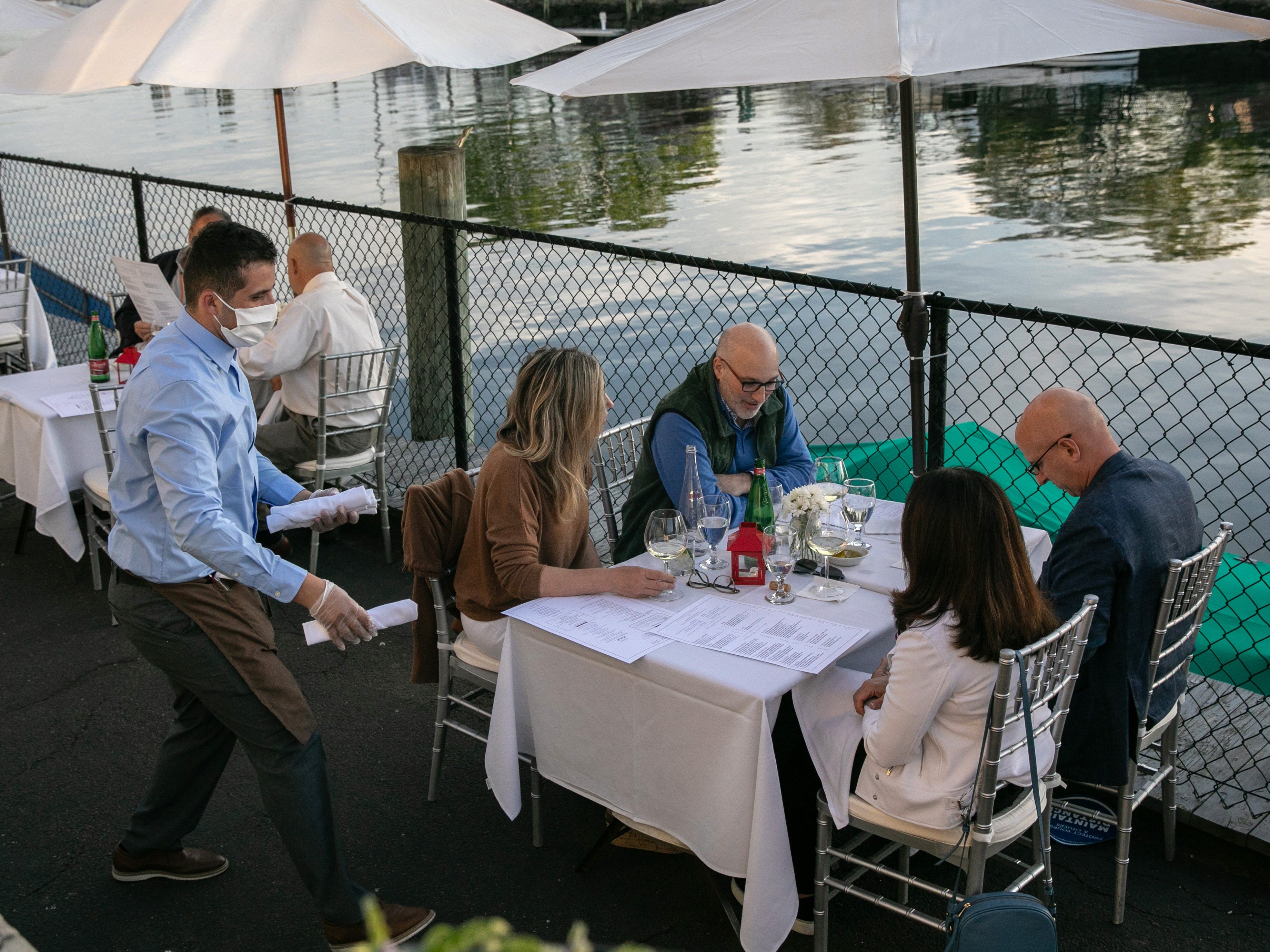 Surgeon General Jerome Adams said George Floyd ‘could have been me’

US Surgeon General Jerome Adams said George Floyd’s death in police custody “could have been me.” Adams POLITICO’s “Pulse Check” podcast that he and other Black Americans saw themselves in Floyd’s death, which rang familiar to the times he had repeatedly experienced racial profiling and been unnecessarily detained by police […] 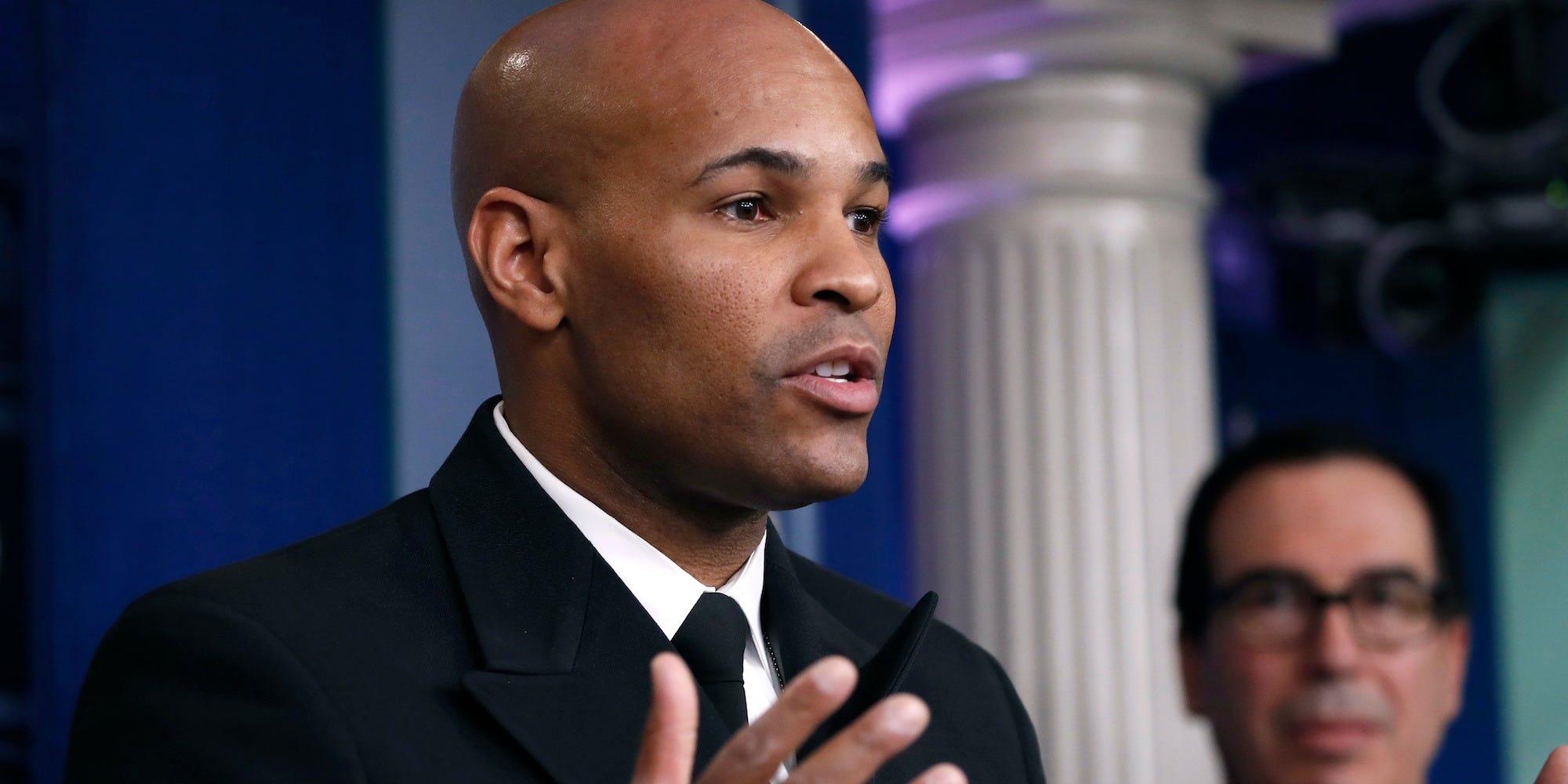 US Surgeon General Jerome Adams is acutely aware that what happened to George Floyd, the man killed by a Minneapolis police officer last month, could’ve easily happened to him. “That could be me pulled over for speeding 5 miles over the speed limit, that could be me with a busted […] 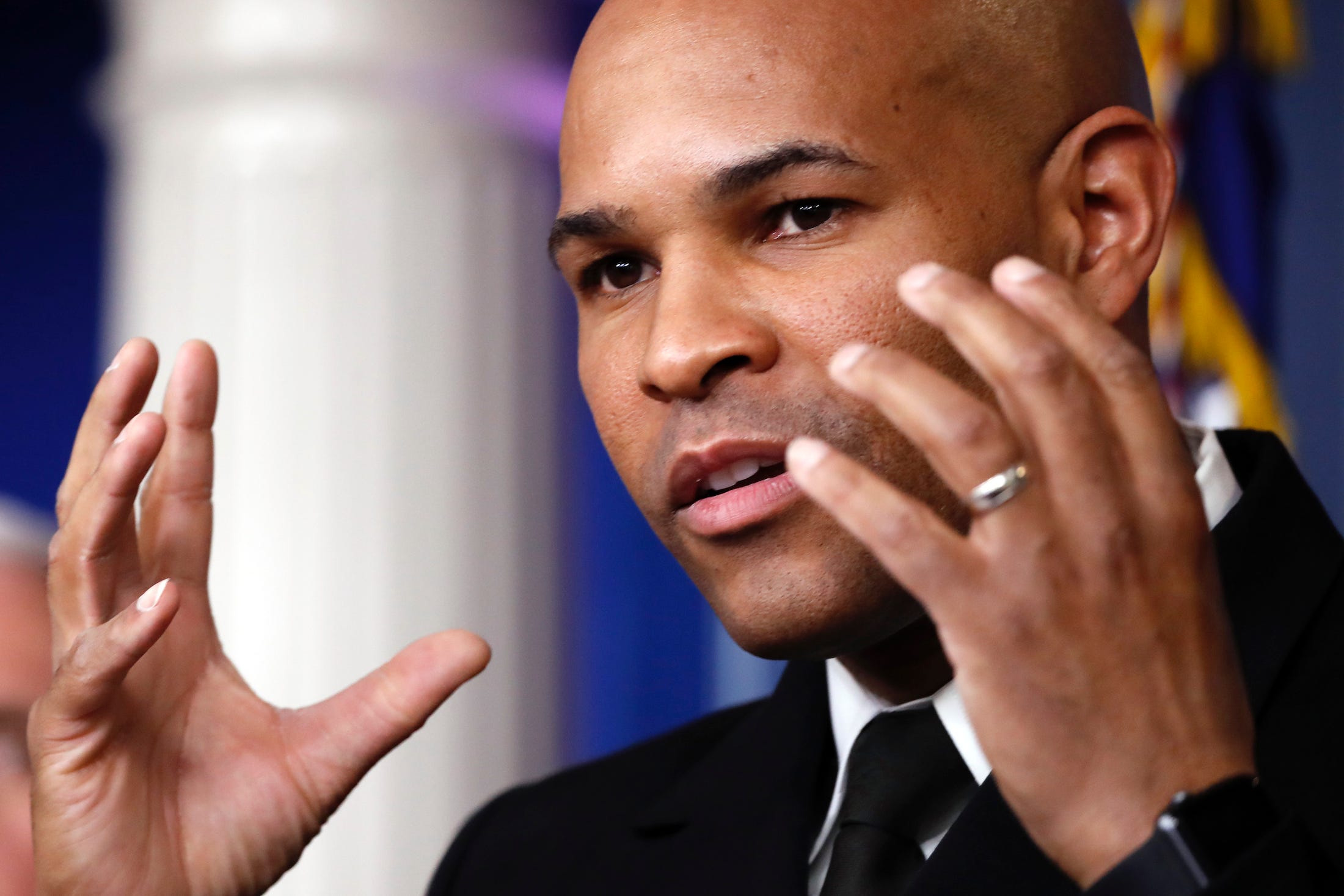 Surgeon General says people of colour are getting hit harder by coronavirus because of social issues, not genetics or biology

Social issues, not genetics or biological factors, are contributing to the disproportionate impact coronavirus is having on black Americans, according to US Surgeon General Dr. Jerome Adams. “We do not think people of colour are biologically or genetically disposed to get COVID-19,” Adams said at the White House on Friday. […] US Surgeon General Jerome Adams adopted a positive note Tuesday, saying he felt “a lot more optimistic” that the United States would emerge “stronger” from its battle with the coronavirus. On Sunday, he said he expected the virus “to be our Pearl Harbour moment and our 9/11 moment, only it’s […] 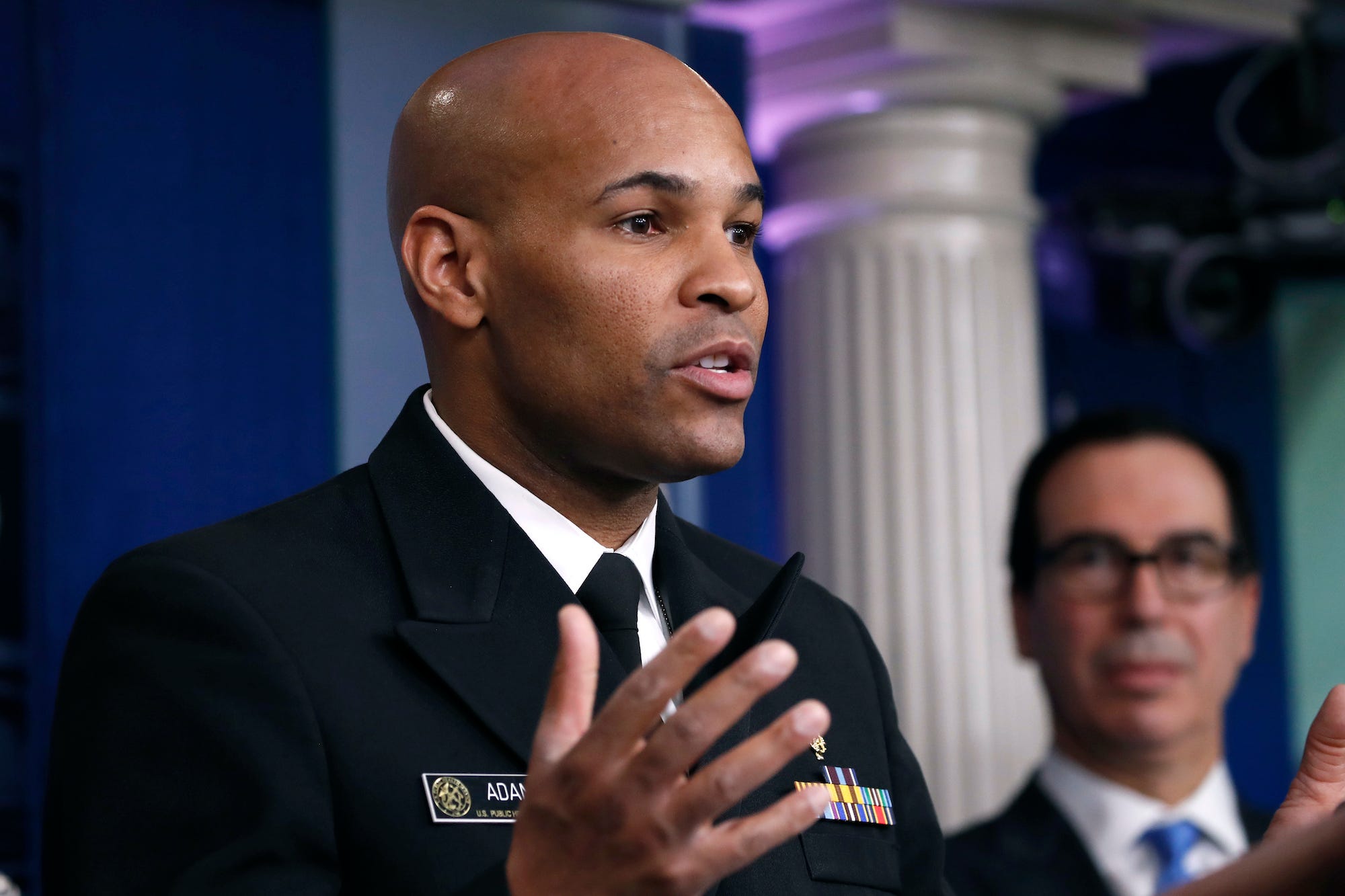 The White House appears to have silenced the surgeon general for his remarks on racial disparities in the coronavirus outbreak, as data shows black communities are hardest hit

The White House appears to have silenced Surgeon General Jerome Adams after he publicly remarked on how the coronavirus pandemic is impacting minority groups in the US. Adams hasn’t attended a press briefing since April 10, when he made controversial remarks suggesting that minority communities were engaging in risky behaviours […] 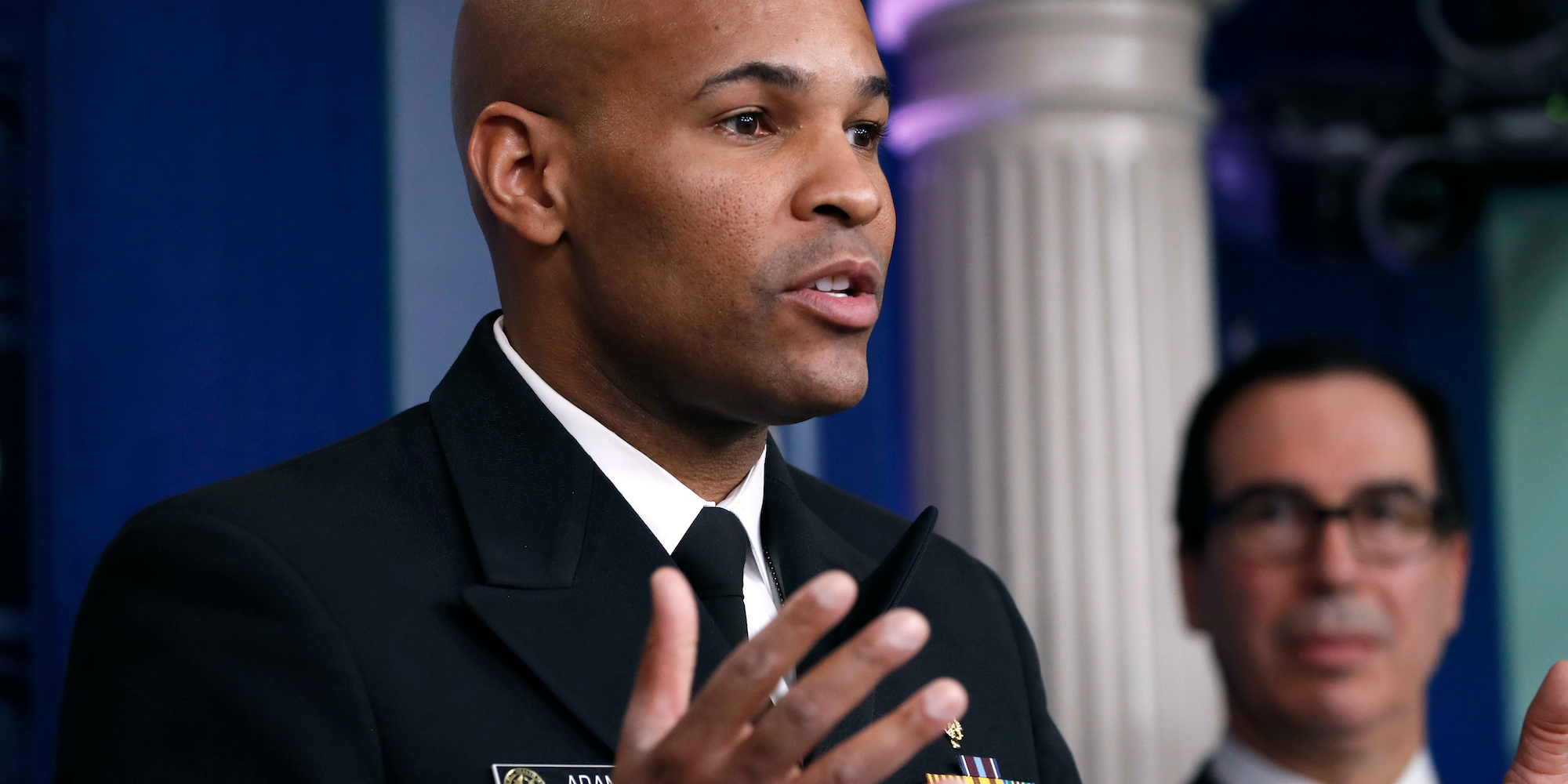 Surgeon General Jerome Adams appeared on broadcast and cable news on Sunday, warning this week could be the “saddest week of most Americans’ lives.” Adams compared the upcoming week to the attack on Pearl Harbour and the September 11, 2001, terrorist attacks. He refused to say whether governors in nine […] 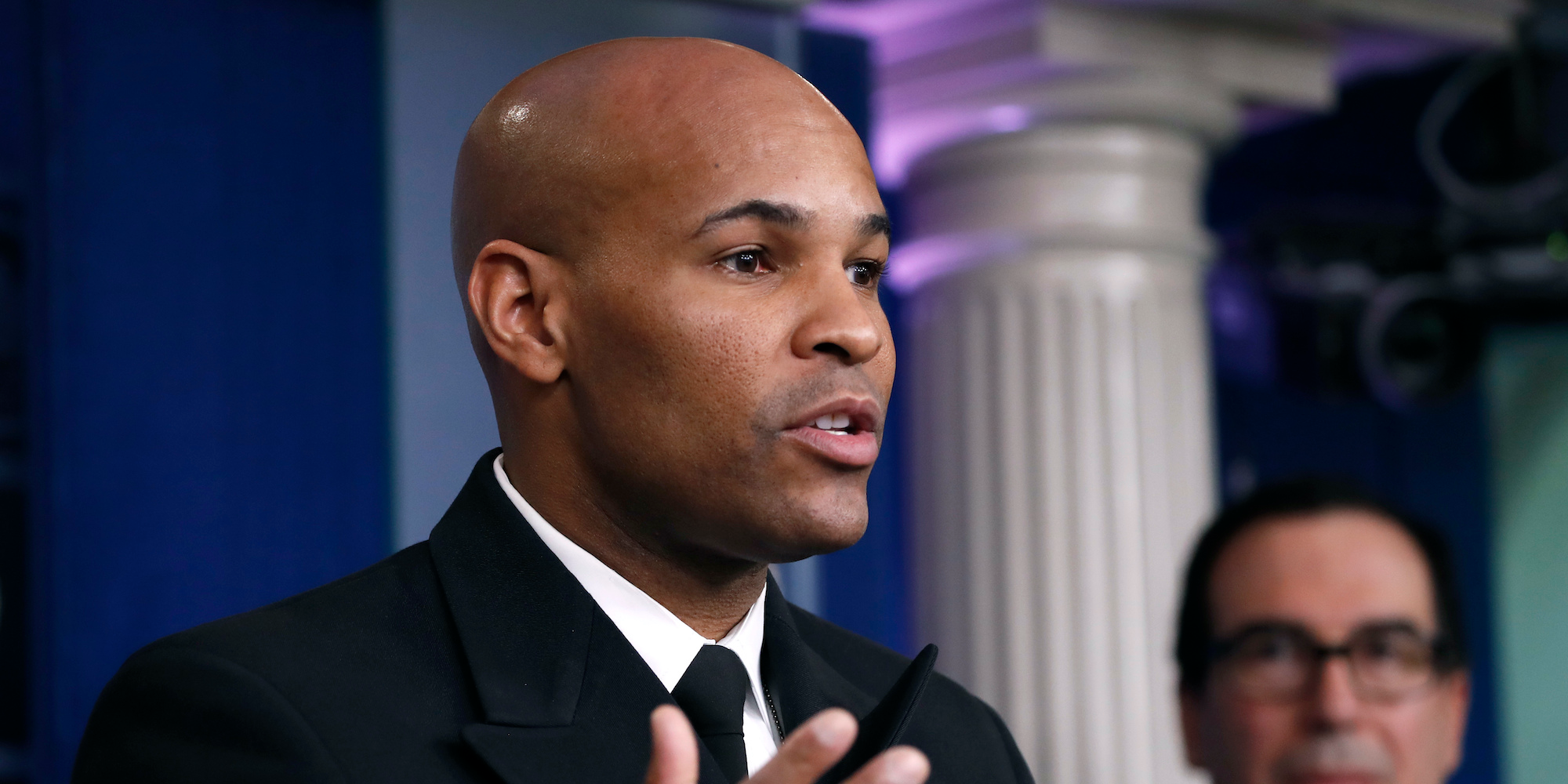 US Surgeon General warns Americans to follow the coronavirus guidelines to stay home: ‘This week it’s going to get bad’

US Surgeon General Jerome Adams issued a stern warning about the coronavirus pandemic on Monday: “This week it’s going to get bad.” Speaking on the “Today” show, Adams warned that Americans must stay home, lest they contribute to the spread of COVID-19, the disease caused by the virus. As of […] 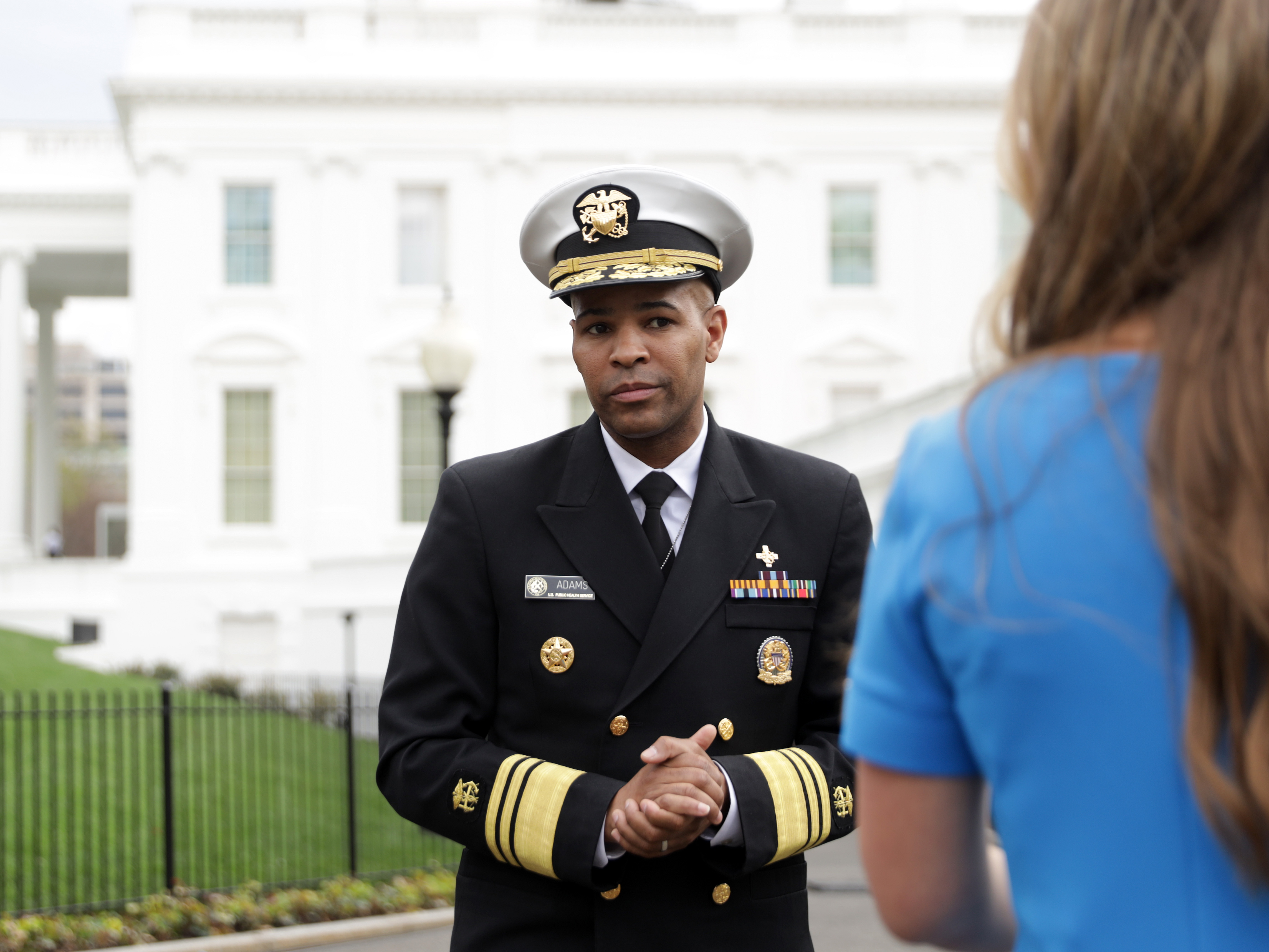 The US Surgeon General Jerome Adams called into “Good Morning America” Thursday morning to talk about the coronavirus pandemic. Adams called on social-media influencers – including Kylie Jenner and NBA player Kevin Durant – to help out in getting millennials and young people to understand the seriousness of the disease. […] 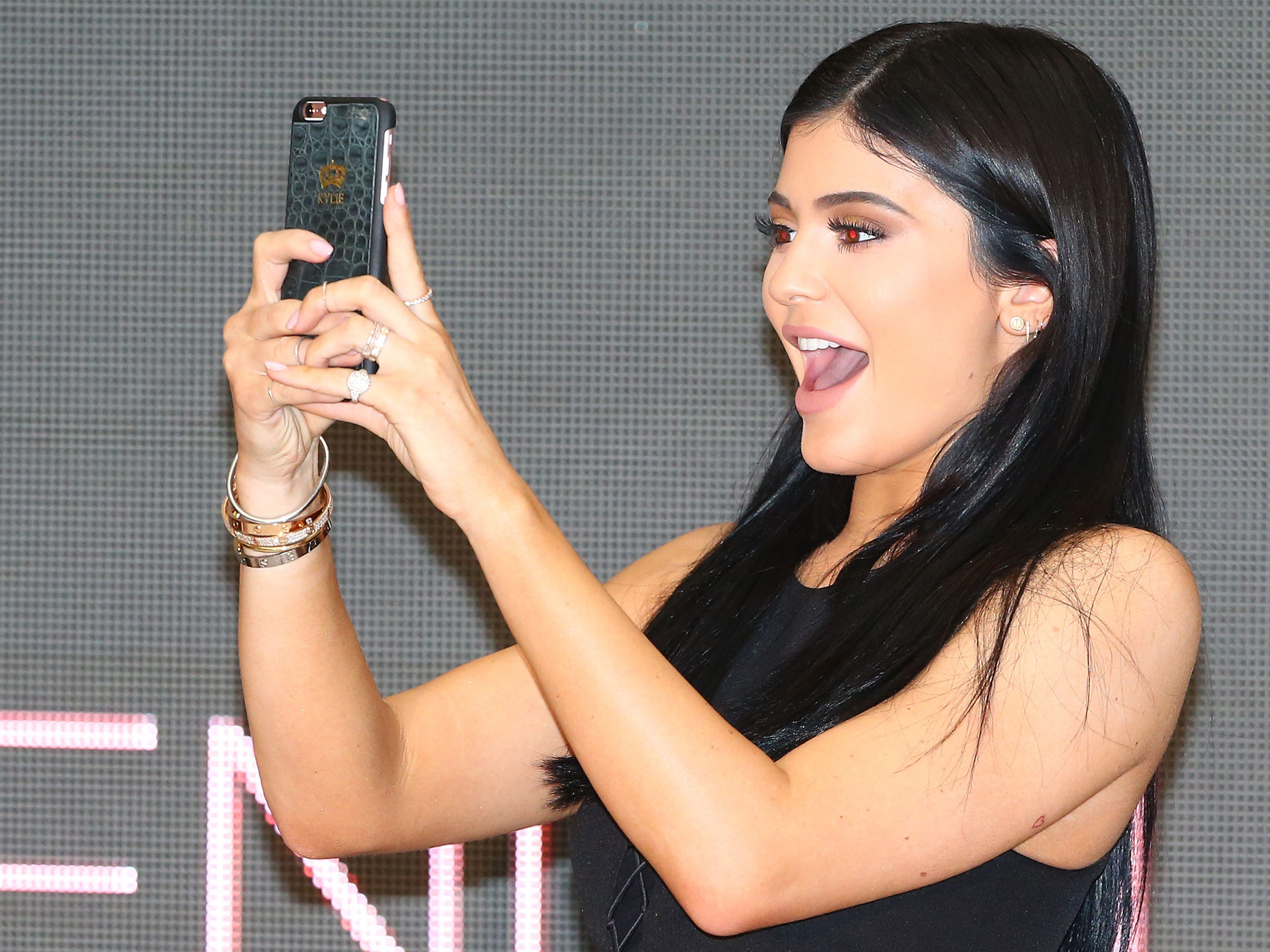 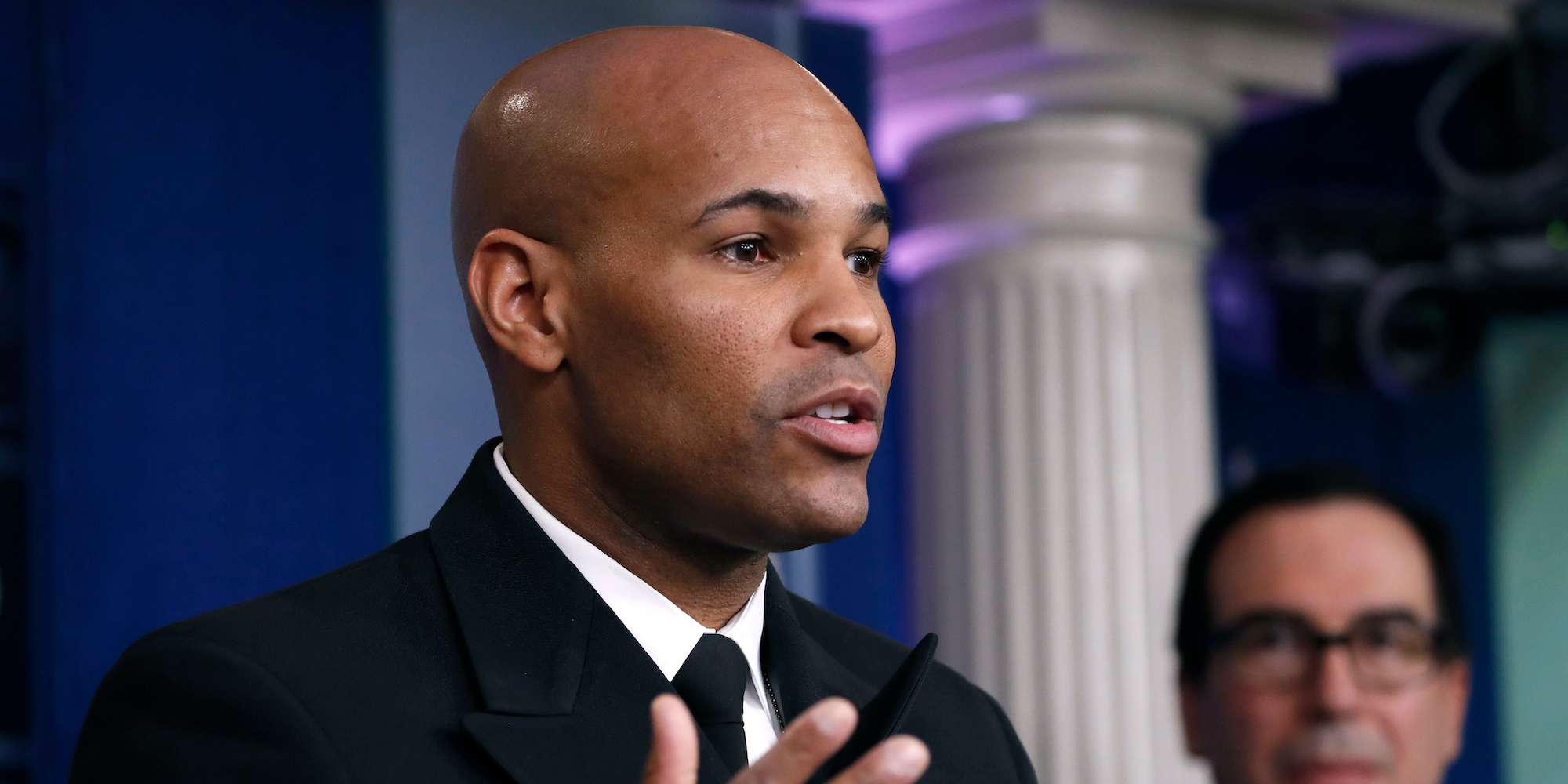 ‘We could be Italy’: US Surgeon General says country needs to get ‘aggressive’ like South Korea and China to fight coronavirus pandemic

US Surgeon General Jerome Adams on Monday warned the US could face a similar situation to that of the one in Italy without “aggressive” actions like those taken by South Korea. Italy has had the largest COVID-19 outbreak outside of China, with more than 1,800 deaths so far. Adams reiterated […] US Surgeon General Jerome Adams issued a rare public health advisory on Tuesday that warned Americans of the dangers of e-cigarettes like the Juul. Adams called particular attention to the recent uptick in vaping among teens. Researchers have found evidence of toxic metals like lead in e-cig vapour. Studies have […]