A representative for Jeremy Renner has responded to allegations made by his ex-wife, Sonni Pacheco, in the custody battle for their 6-year-old daughter, Ava. In court documents obtained by TMZ, Pacheco alleges that Renner threatened to kill her and himself after a cocaine-fuelled night out. “The well-being of his daughter […] Hawkeye’s alter ego will make his debut in ‘Avengers: Endgame’ — here’s what you need to know about Ronin

Jeremy Renner is returning as Clint Barton/Hawkeye in “Avengers: Endgame” (in theatres on Friday, April 26), but he will be taking on an alter ego known as Ronin. Renner’s character is referred to as Ronin on Entertainment Weekly’s latest cover. So far, fans have seen glimpses of the new persona […]

THEN AND NOW: The ‘Avengers’ stars before they were famous

“Avengers: Endgame,” which was released in theatres in 2019 and hit $US1 billion at the box office, was the culmination of 11 years of Marvel movies. The actors in the MCU might be A-listers now, but it wasn’t always that way. Some stars booked their earliest roles in the ’80s, […] 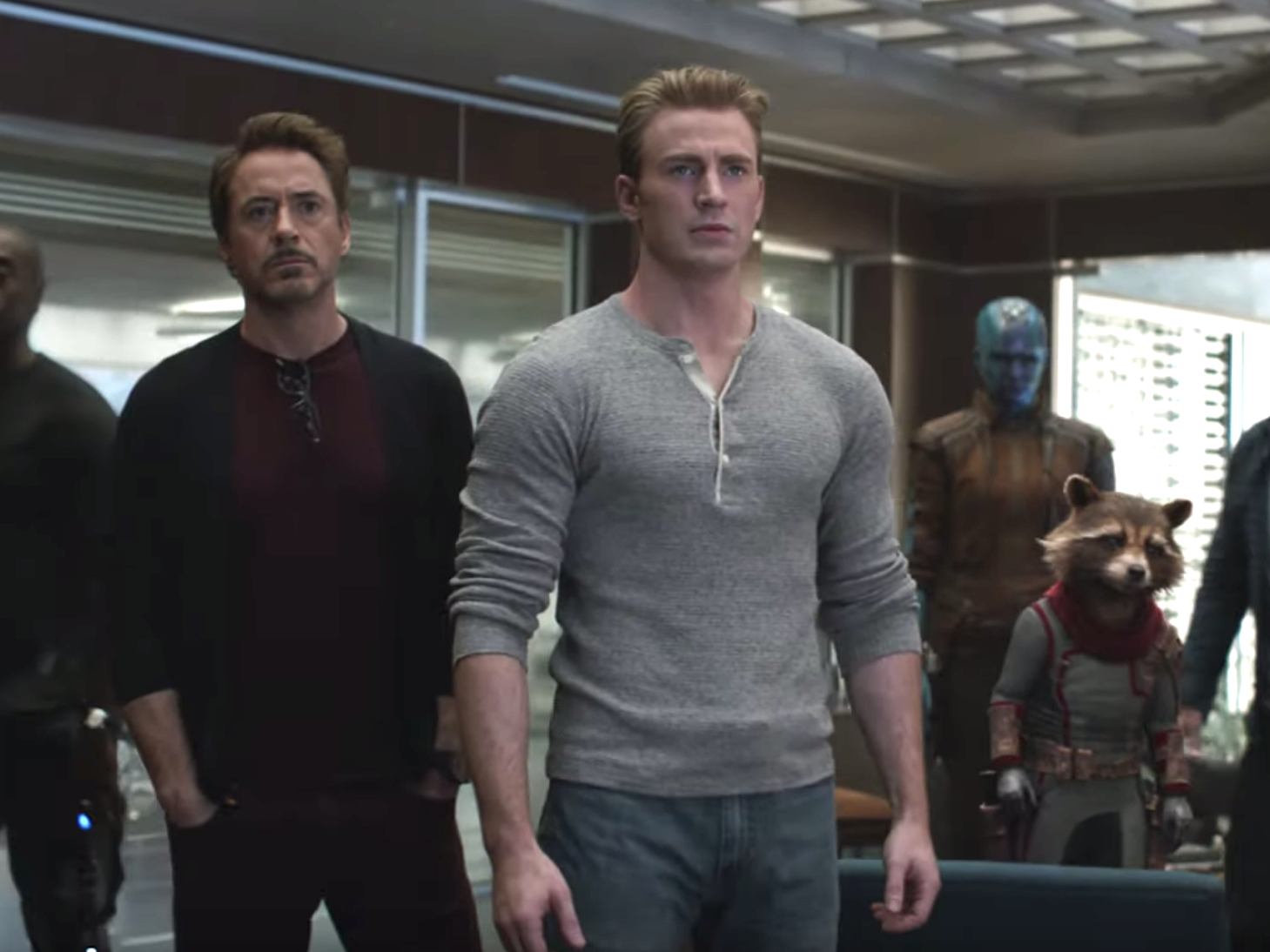 Jeremy Renner told USA Today that it was a “nice feeling” so many fans were worried about Hawkeye in “Avengers: Infinity War” but that he also thought it was “intense.” He said the Russo brothers, who directed the movie, got “way too many death threats.” Fortunately, Hawkeye’s whereabouts are addressed […]

Hawkeye isn’t in the trailers for ‘Avengers: Infinity War,’ and people’s reactions to the snub are hilarious

Hawkeye, one of the first Avengers, isn’t in any of the “Infinity War” trailers, and he isn’t on the poster, either. Fans are speculating what his absence means, and it’s hilarious. Hawkeye is the forgotten Avenger, even when he’s on screen. Despite the fact that Hawkeye, played by Jeremy Renner, […]

Poor Hawkeye isn’t in any of the ‘Avengers: Infinity War’ trailers or on the poster, which makes a recent Instagram post from Jeremy Renner even sadder

Hawkeye isn’t in any of the trailers for “Avengers: Infinity War.” He isn’t even on the poster. Several days ago, Jeremy Renner, the actor who plays him, posted a fake magazine cover with Hawkeye on it to his Instagram. Remember Hawkeye? The actor who plays the Marvel character is trying […]

On Wednesday night, the Staples Center...

Jeremy Renner on his rough life before hitting it big: flipping houses, living without water or electricity

Today Jeremy Renner is one of Hollywood's most...

See inside the gated home.

HOUSE OF THE DAY: Actor Jeremy Renner Is Flipping This Incredible Los Angeles Mansion For $25 Million

[credit provider=”The Reserve | Holmby Hills” url=”http://www.thereserveholmbyhills.net/about-the-reserve/”] Turns out Jeremy Renner — known for his roles in The Bourne Legacy, The Avengers, and the up-coming Hansel and Gretel: Witch Hunters — is also a real estate buff.According to an August profile in Esquire, Renner has flipped roughly 15 Los Angeles-area […]

Jeremy Renner, a two-time Oscar nominee and star of the upcoming “Bourne Legacy,” revealed on “Jimmy Kimmel Live” that in a desperate attempt to catch some shut-eye on a recent flight from Los Angeles to London, he took a blue pill (given to him by a friend) which he believed […]

[credit provider=”Screenshot”] If you weren’t enthused about the idea of having a new Jason Bourne movie without Jason Bourne, we dare you not to be excited after this new trailer. This new, full sneak peek gives us a big look at the new story and links Jason Bourne to our new […]

Not only did “The Avengers” win at the box office this weekend, they demolished it.As the Hulk would say: “puny” box office numbers.

‘The Bourne Legacy’: Jason Bourne Has Some Competition In This Just-Released Teaser Trailer

[credit provider=”Apple Trailers” url=”http://trailers.apple.com/trailers/universal/thebournelegacy/”] According to Edward Norton‘s character in the new teaser trailer for “The Bourne Legacy,” Jason Bourne was “just the tip of the iceberg.”And after viewing this recently released video, he might just be right.

MISSION: IMPOSSIBLE — The New Trailer For Tom Cruise’s Latest Is What The Last James Bond Should Have Been

Nowadays, Tom Cruise is a punchline for people who don’t even tell jokes.