Jason Blum spoke to Insider about finally getting “The Hunt” in theatres after its original release date was pulled due to the mass shootings last summer. Blum said that the movie was almost released straight to streaming, but he held out for a theatrical run. The producer said he’s closely […] 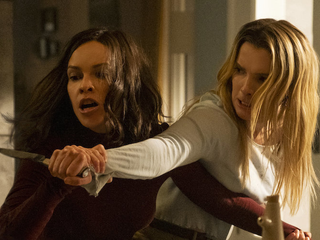 The producer of hits like ‘Get Out’ is making a movie about WeWork’s dramatic rise and fall, with the writer of ‘The Big Short’

Jason Blum, the producer behind horror hits like “Get Out” and Oscar winners like “BlacKkKlansman,” is developing a movie about the rise and fall of WeWork. “The Big Short” and “Bombshell” writer Charles Randolph will write the script. Visit Business Insider’s homepage for more stories. Superstar producer Jason Blum, who […] The producers behind ‘Get Out’ made a documentary about a man who was murdered while 60 townspeople witnessed, yet no one will come forward

The Sundance TV documentary series “No One Saw a Thing” is produced by Blumhouse, the studio behind hit movies “Get Out” and “The Purge.” The six-episode series explores the murder of Ken McElroy in Skidmore, Missouri in the ’80s. Nearly 60 townspeople witnessed the crime, yet none have come forward […] ‘Us’ and ‘BlacKkKlansman’ producer Jason Blum’s plan to take over Hollywood is simple: stay independent

Producer Jason Blum is one of Business Insider’s “100 people transforming business.” His production company, Blumhouse Productions, is responsible for some of the most profitable horror movies in the last decade, including recent hits “Glass” and “Us.” “The goal is to be independent so we can tell stories we want […] The man behind hits ‘Paranormal Activity,’ ‘Split,’ and ‘Get Out’ is interested in doing his own cinematic universe like Marvel and DC has done

INSIDER spoke with producer Jason Blum, the man behind horror hits like “Split,” “Paranormal Activity,” and “Happy Death Day.” Blum was clear there are currently no plans for a shared universe involving his characters, but it’s something he is interested in figuring out. If you head out to see his […]

Netflix’s “Chilling Adventures of Sabrina” was almost a movie. Creator Roberto Aguirre-Sacasa wanted to make it into a horror movie with Jason Blum. But Blum ultimately passed on it. “Chilling Adventures of Sabrina” was almost not a series. In an interview with Entertainment Weekly, show creator Roberto Aguirre-Sacasa revealed that […]

On the 40th anniversary of “Halloween,” Michael Myers comes home – and nothing really changes. The latest movie in the franchise wants us to forget everything that’s happened since the 1978 original. But it’s pretty much a movie that goes through the same beats as any of the movies that […] Superhero movies will wipe out Oscar contenders unless the theatre business changes, according to the producer of ‘Get Out’

Producer Jason Blum, who’s behind horror movies like “Get Out” and this year’s “Halloween,” fears that Oscar hopeful movies will be wiped out by superhero blockbusters and genre films if the theatre business doesn’t change. Blum says that the window between when a movie comes to theatres and when it […]

Unless you own the rights to Marvel characters...