The Elizabeth Holmes trial: Another sucker takes the stand

Steven Burd, former CEO of the supermarket chain Safeway, told the court how Elizabeth Holmes talked him into a disastrous $30 million investment in Theranos. 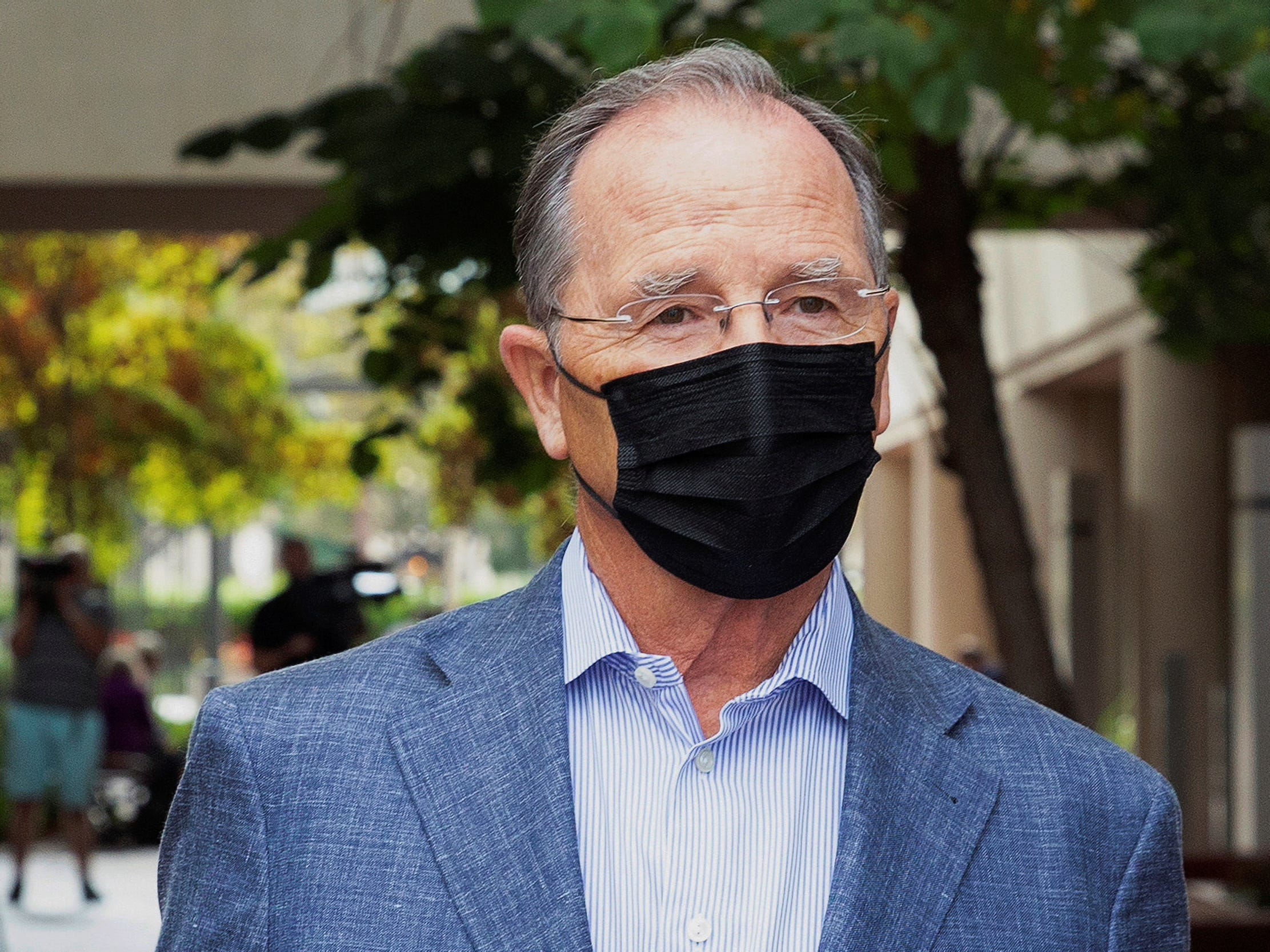 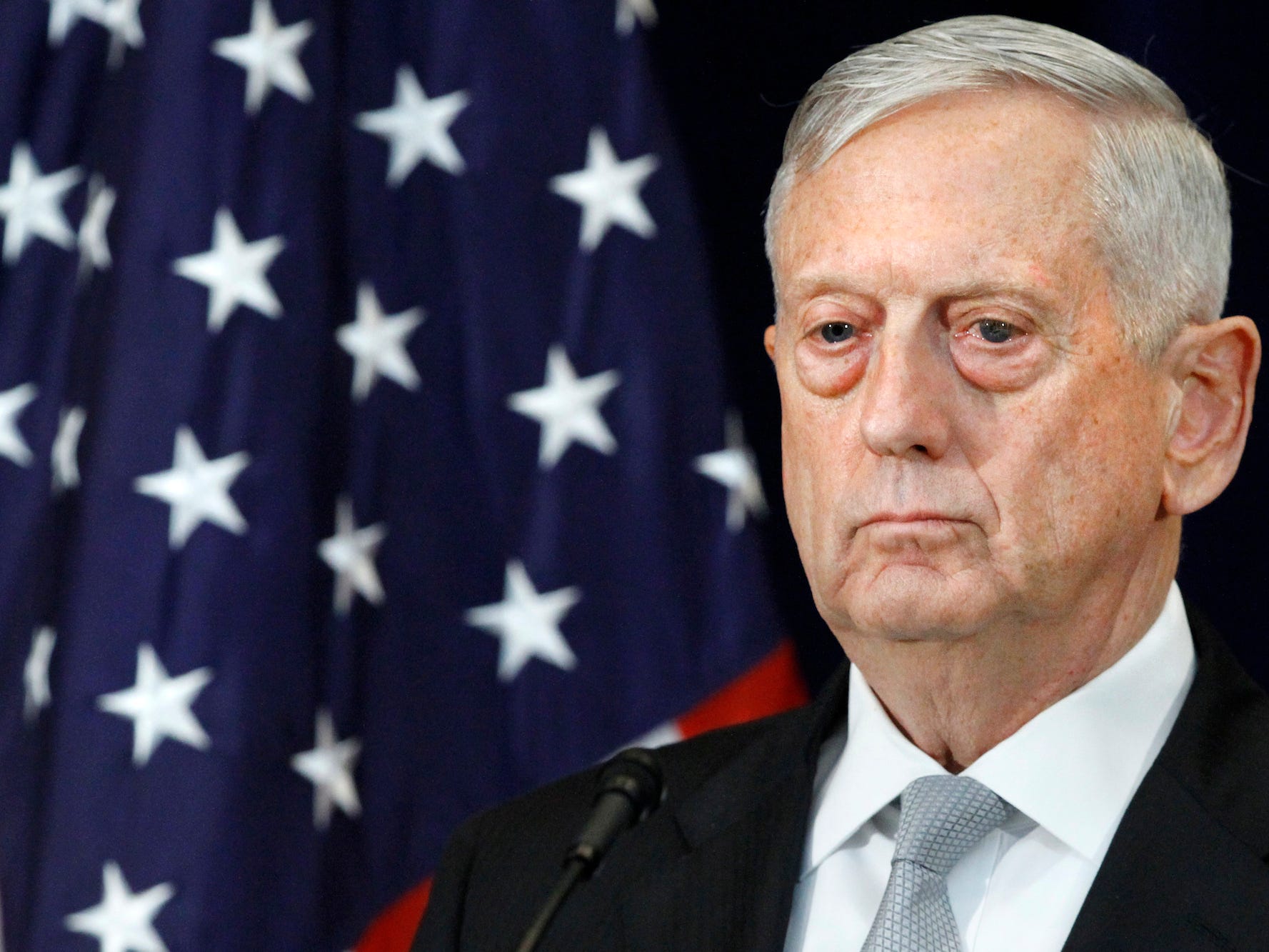 Trump says Gen. Mark Milley should be ‘court-martialed’ if he thought the former president potentially sought a coup

"There was no talk of a coup ... it never happened, and it's just a waste of words by fake writers and a General who didn't have a clue," Trump said. 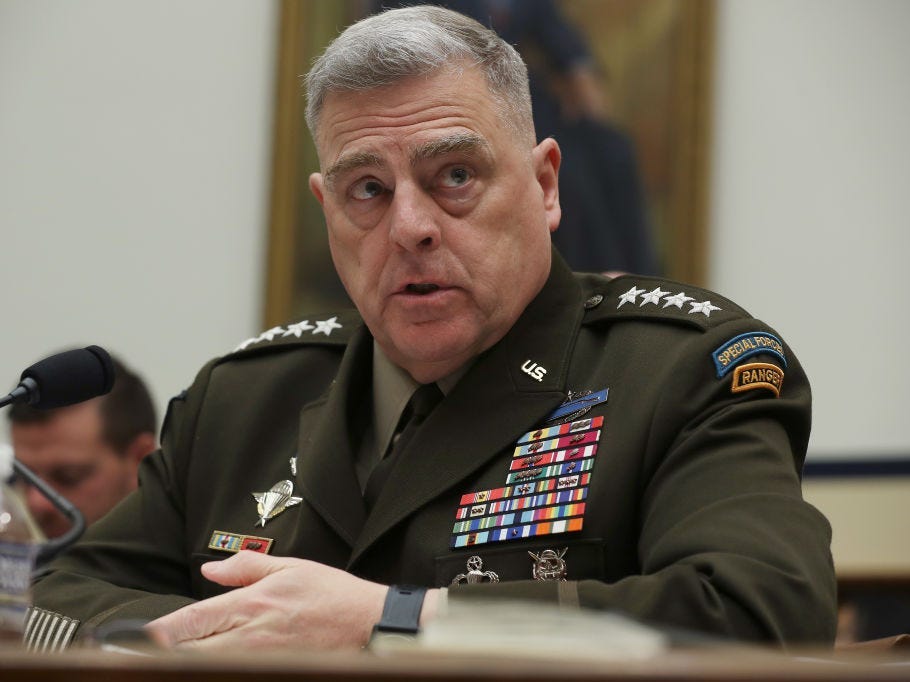 Jim Mattis: America was ‘born with a birth-defect’ and it’s ‘still dealing with the after-effects of it’

Former Defence Secretary Jim Mattis said he believed that the country’s education system needed to teach “the good, the bad, the ugly.” Mattis noted that “our country was born with a birth-defect that we imported from the Old World – called slavery – and we’re still dealing with” it. Visit […]

President-elect Joe Biden defended his choice of Lloyd Austin for Pentagon chief in an Atlantic op-ed on Tuesday. Austin retired from the military less than seven years ago and would require a congressional waiver to become defence secretary. Some congressional Democrats are concerned that confirming Austin would run contrary to […] 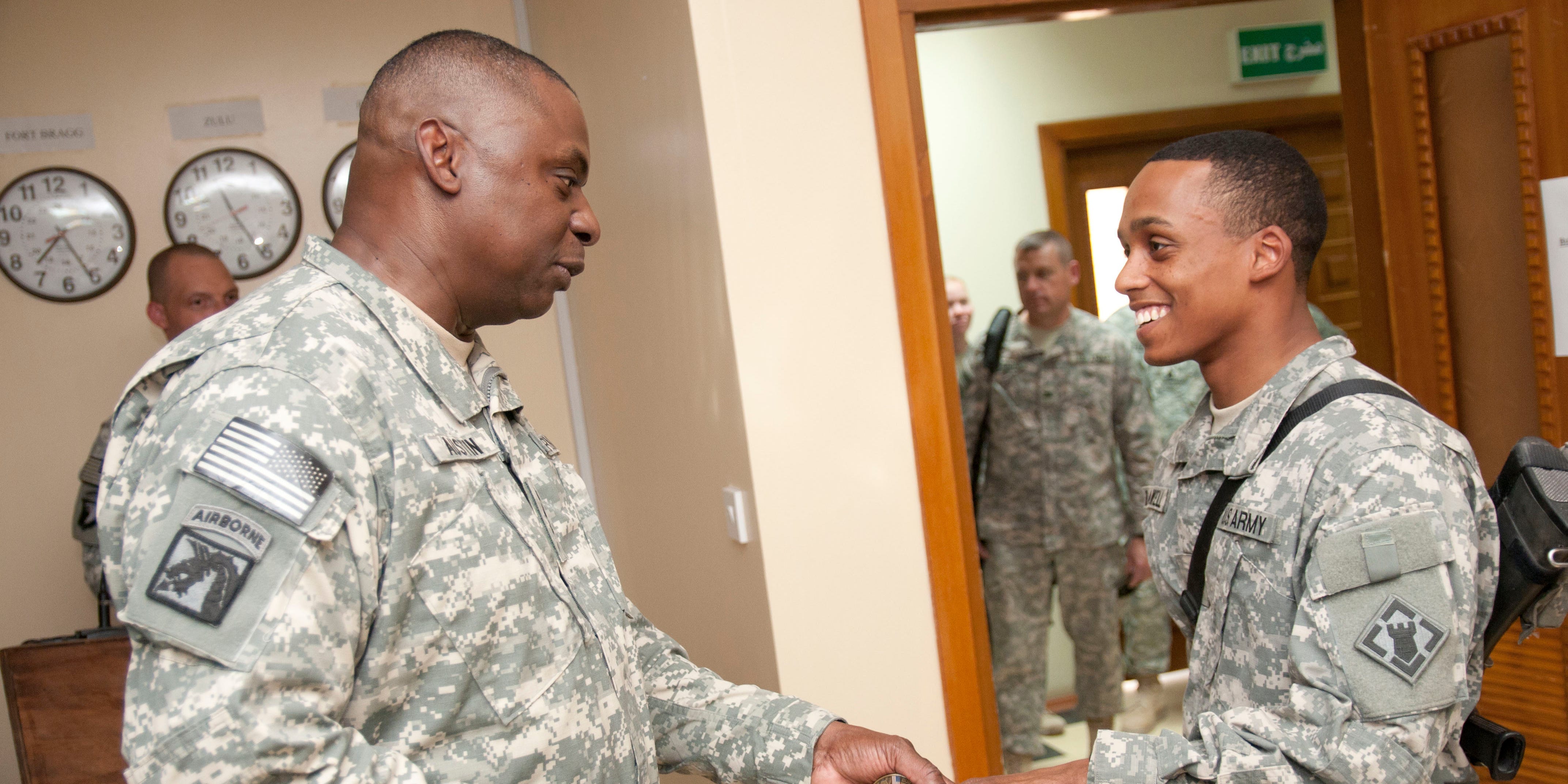 Former Secretary of Defence Jim Mattis denounced President Donald Trump’s “America First” policy in a Foreign Affairs article he coauthored with three other people. The authors said the Trump administration was undermining an international order that is to America’s advantage by devaluing the role allies and international institutions play in […] 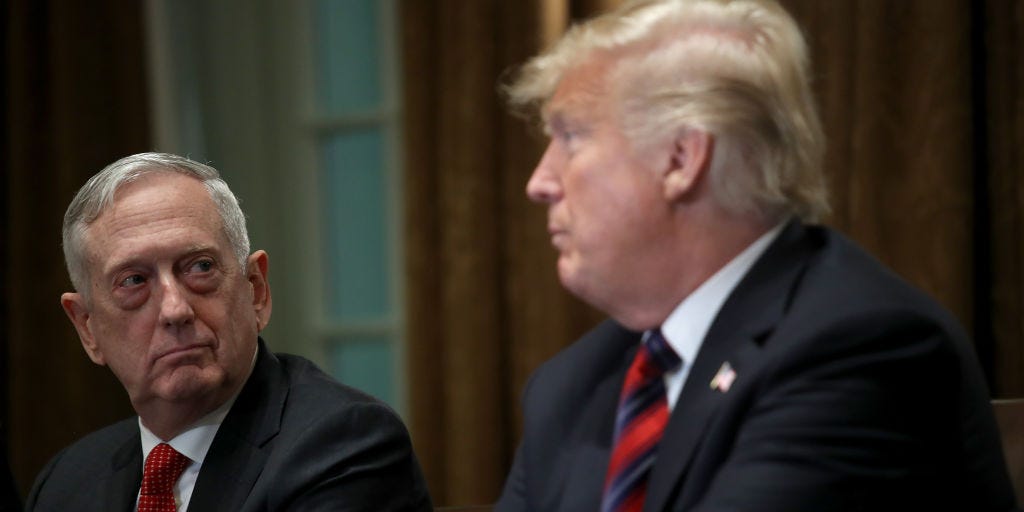 President Donald Trump fired Secretary of Defence Mark Esper on Monday, announcing in a tweet that he had been “terminated.” In a interview with Military Times just days before, Esper pushed back on criticisms that he is the president’s yes-man in the Pentagon. He said that if he were to […]

Ex-Trump administration officials all seem to agree on one thing: Their former boss is a walking disaster.

Ex-Trump administration officials tend to agree on one thing: Their former boss is a walking disaster. Whether they’re four star generals, energy company CEOs, or career civil servants, they paint a frightening picture of an unstable ignoramus in the White House. Trump, naturally, calls them bitter liars. Who are you […]

Jared Kushner said on Tuesday that the president was surrounded by “overconfident idiots” from his 2016 campaign and that it “took him a while to figure out” which were loyal to him and his agenda. Kushner, Trump’s son-in-law and a top White House adviser, first told journalist Bob Woodward that […] 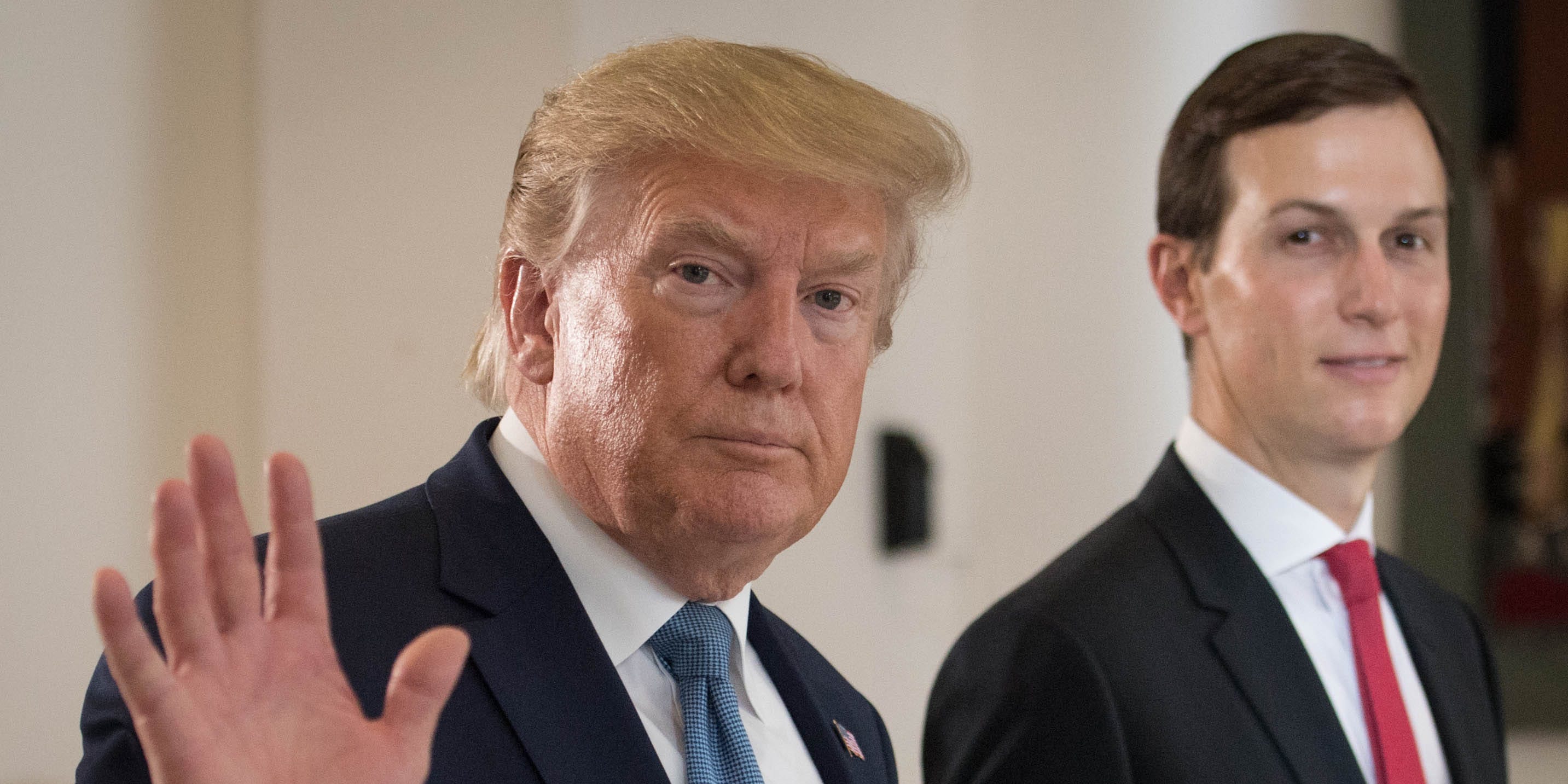 President Donald Trump said on “Fox & Friends” on Tuesday that he wanted to kill Syrian President Bashar Assad after a deadly April 2017 chemical-weapons attack in the country. “I would have rather taken him out. I had him all set,” Trump said, adding that the plan didn’t move forward […] 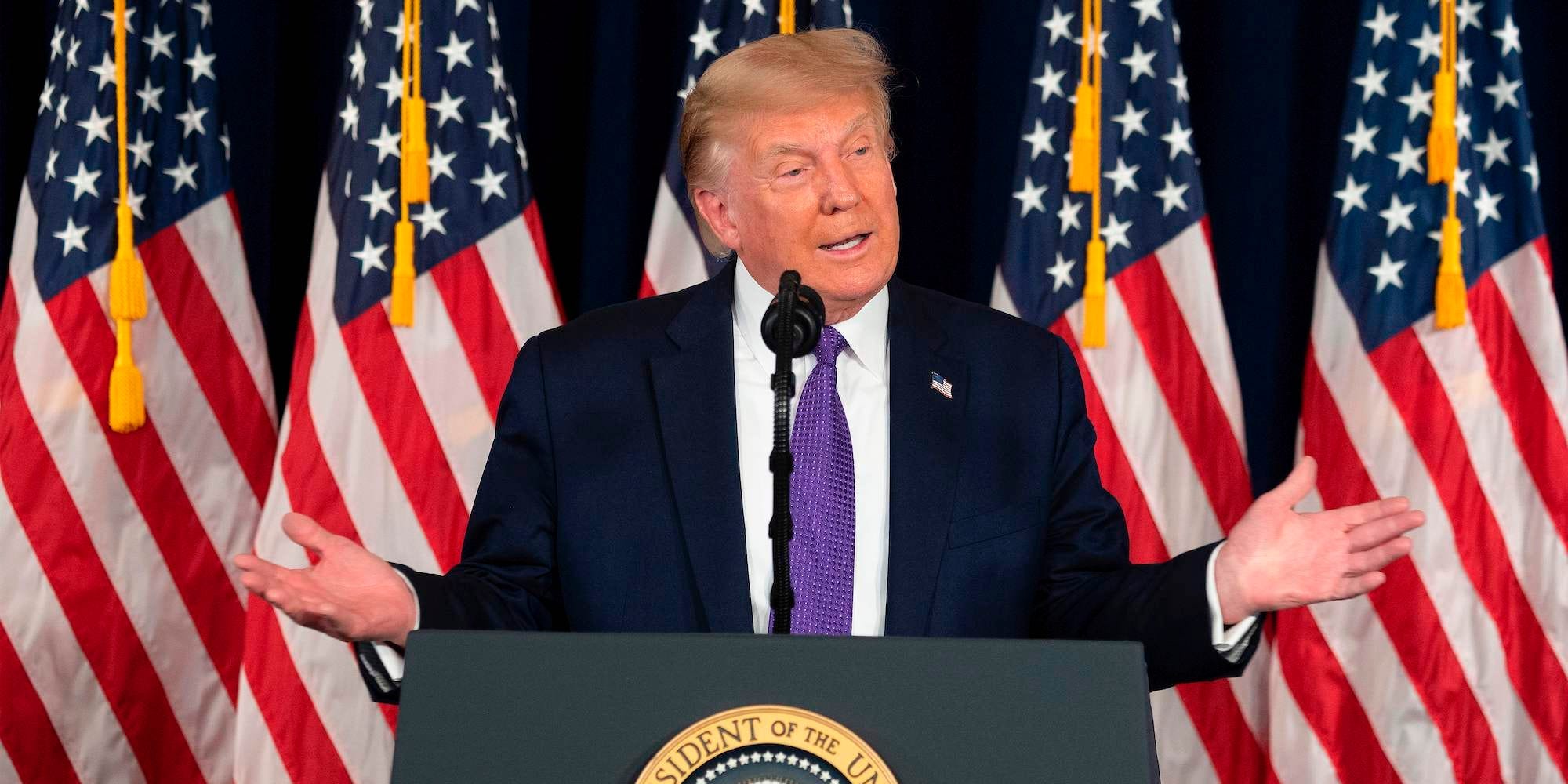 ‘Dangerous,’ ‘unfit,’ and ‘felony stupid’: The most revealing quotes from Jim Mattis on Trump’s presidency in Bob Woodward’s bombshell book

Retired Marine Corps Gen. and former Defence Secretary Jim Mattis has largely kept quiet on the Trump administration since he resigned in late 2018, except for a scathing op-ed in June. Washington Post reporter Bob Woodward’s book “Rage” offers new insight into Mattis’ views of President Donald Trump and his […]

Former Defence Secretary Jim Mattis previously emailed Fiona Hill, a Russia expert on the National Security Council, telling her that she “demonstrated courage and poise” when she testified during the House Intelligence Committee’s impeachment hearing on President Donald Trump. “I doubt that I’ve ever felt the combination of pride, anger […] 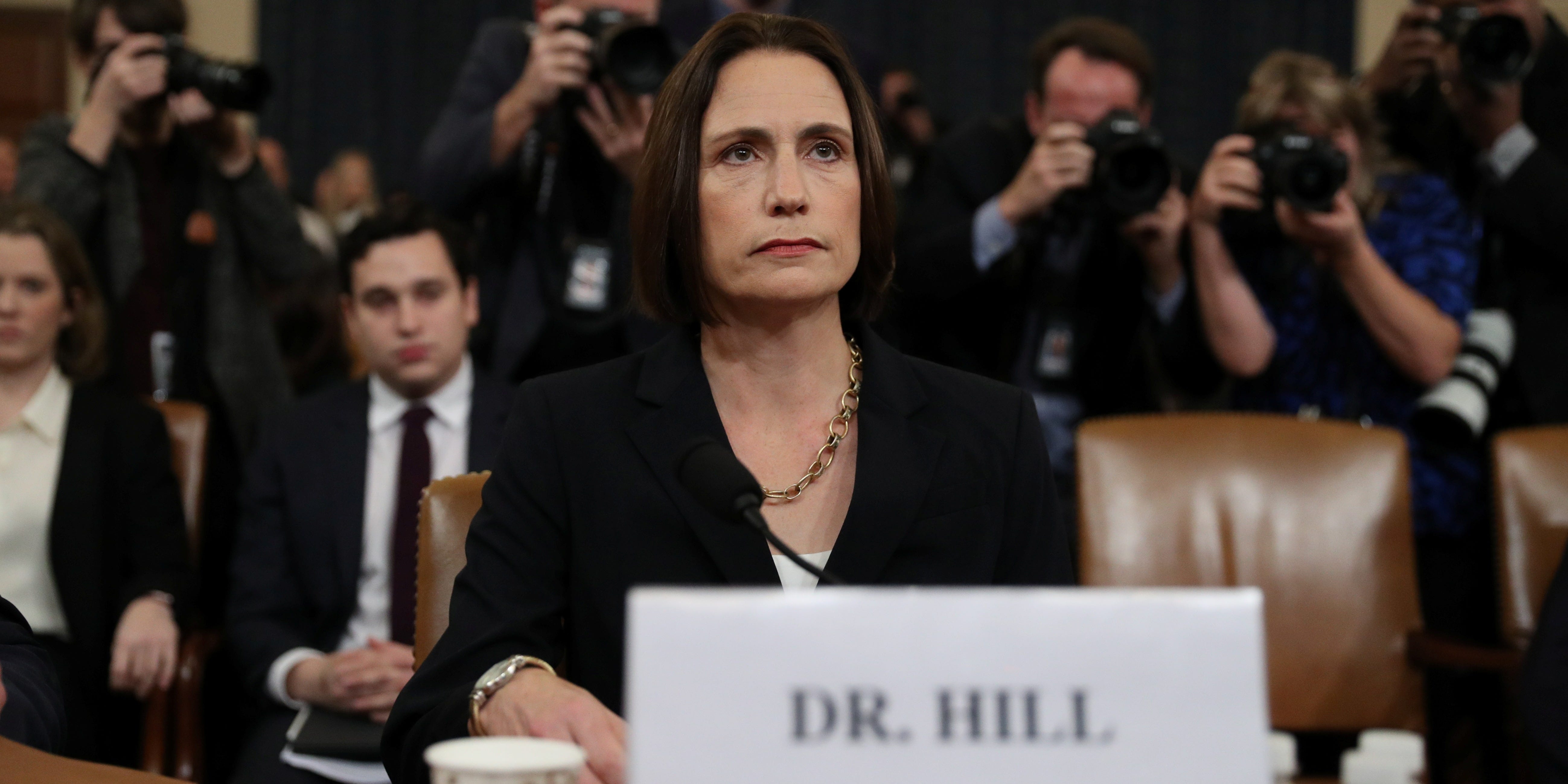 John Kelly, President Donald Trump’s longest-serving chief of staff and a retired Marine Corps general, said on Friday that he agreed with former Secretary of Defence James Mattis’ assessment that Trump was harming the US. In an interview with Anthony Scaramucci, the White House communications director whom Kelly promptly ousted […] 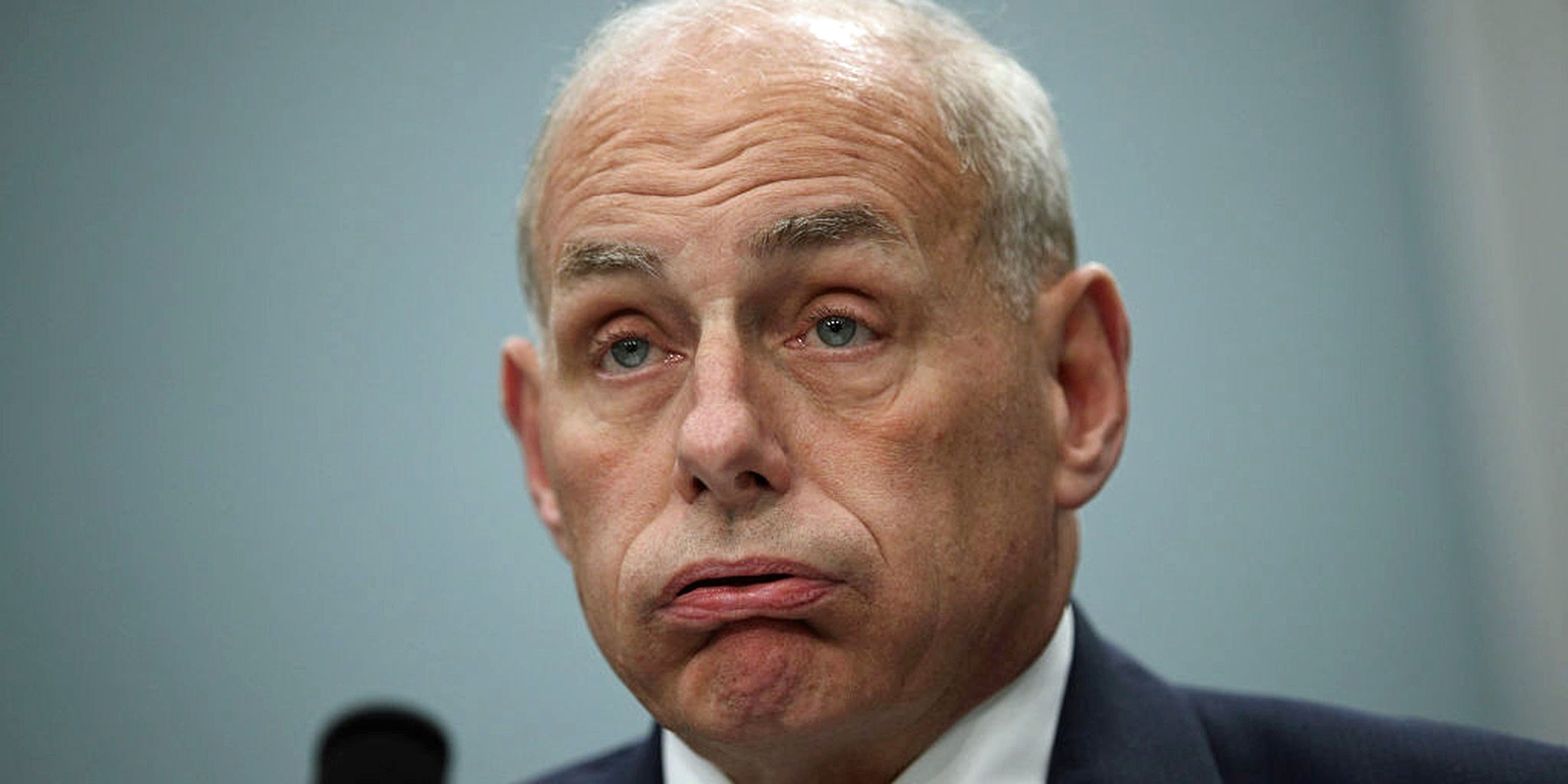 ‘The president did not fire him’: Trump’s former chief of staff John Kelly defends Mattis after Twitter attacks 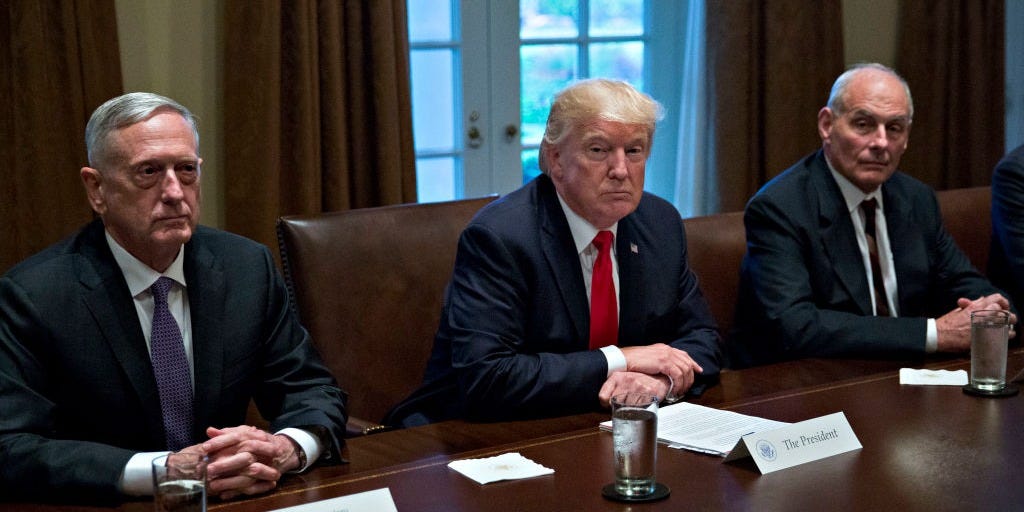 Hello, everyone! Welcome to the new edition of Insider Today. We hope you enjoy our new look. Please sign up here . Please take a moment to complete the following three-minute survey so that we can better deliver you Insider in your inbox. QUOTE OF THE DAY “True, honest, necessary […] ‘Glad he is gone’: Trump lashes out at Mattis after he accused the president of tearing America apart

President Donald Trump lashed out on Twitter after his former secretary of defence, Jim Mattis, issued a statement sharply criticising the president. Trump said that “probably the only thing Barack Obama & I have in common is that we both had the honour of firing Jim Mattis, the world’s most […]

In a blistering statement given to The Atlantic, former Secretary of Defence Jim Mattis sharply criticised President Donald Trump and his handling of the nationwide unrest over George Floyd’s death. Mattis, who has largely kept his thoughts of the president to himself, accused Trump of trying to divide the country […] 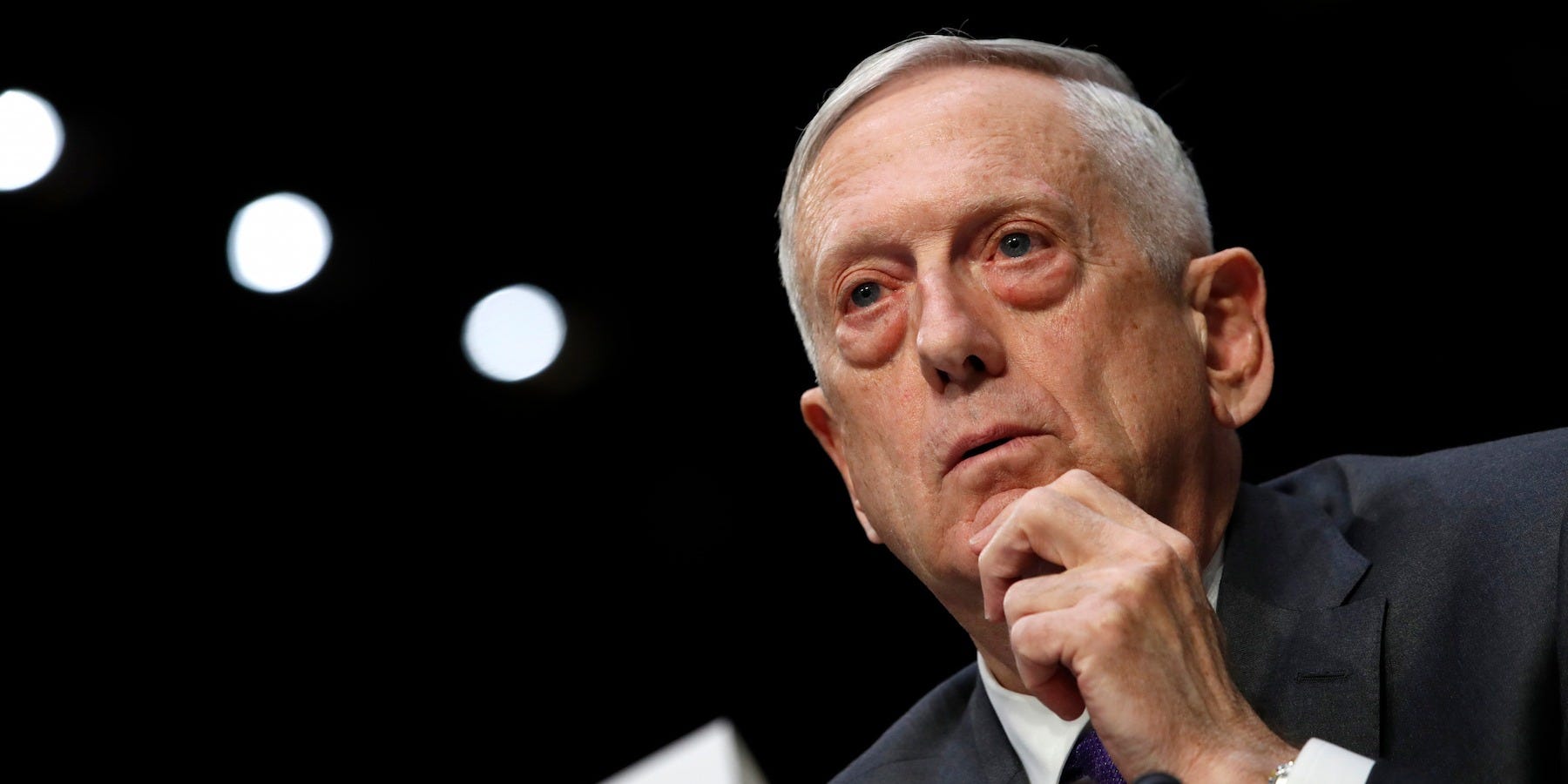 An image of former Secretary of Defence Jim Mattis modelling in a photograph while wearing a kangaroo-leather jacket circulated online, prompting questions as to why the retired Marine Corps general appeared to be promoting a clothing brand. Kill Kapture’s founder, Mark Wales, a former Australian soldier from the Special Air […] 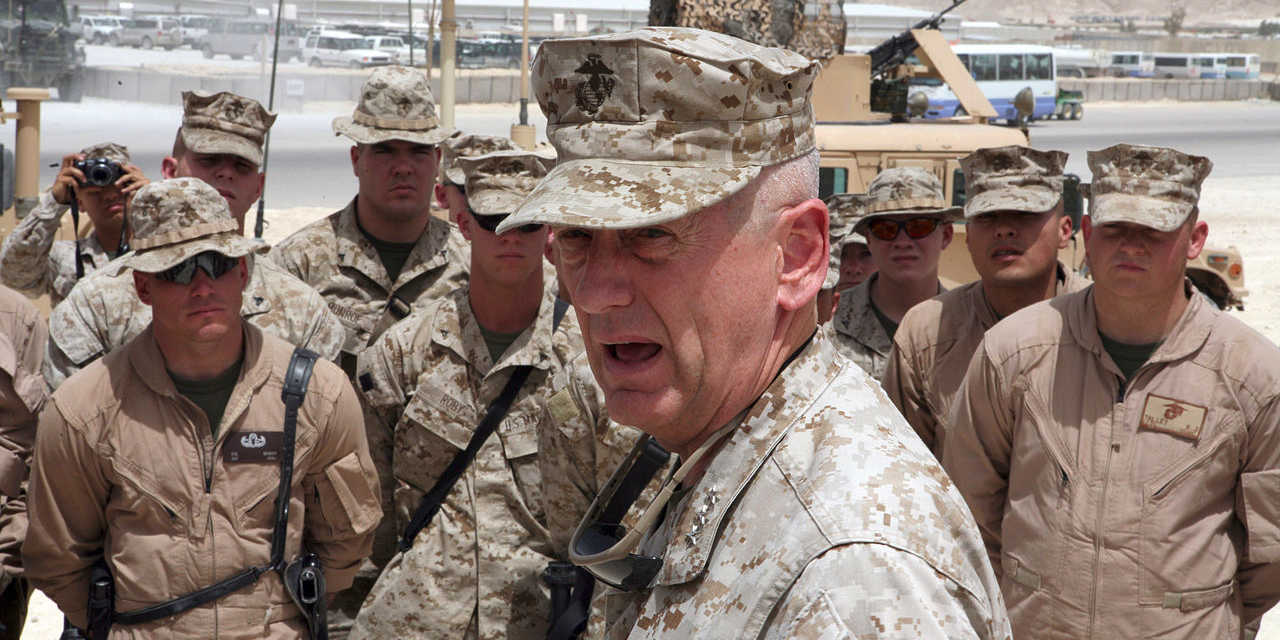 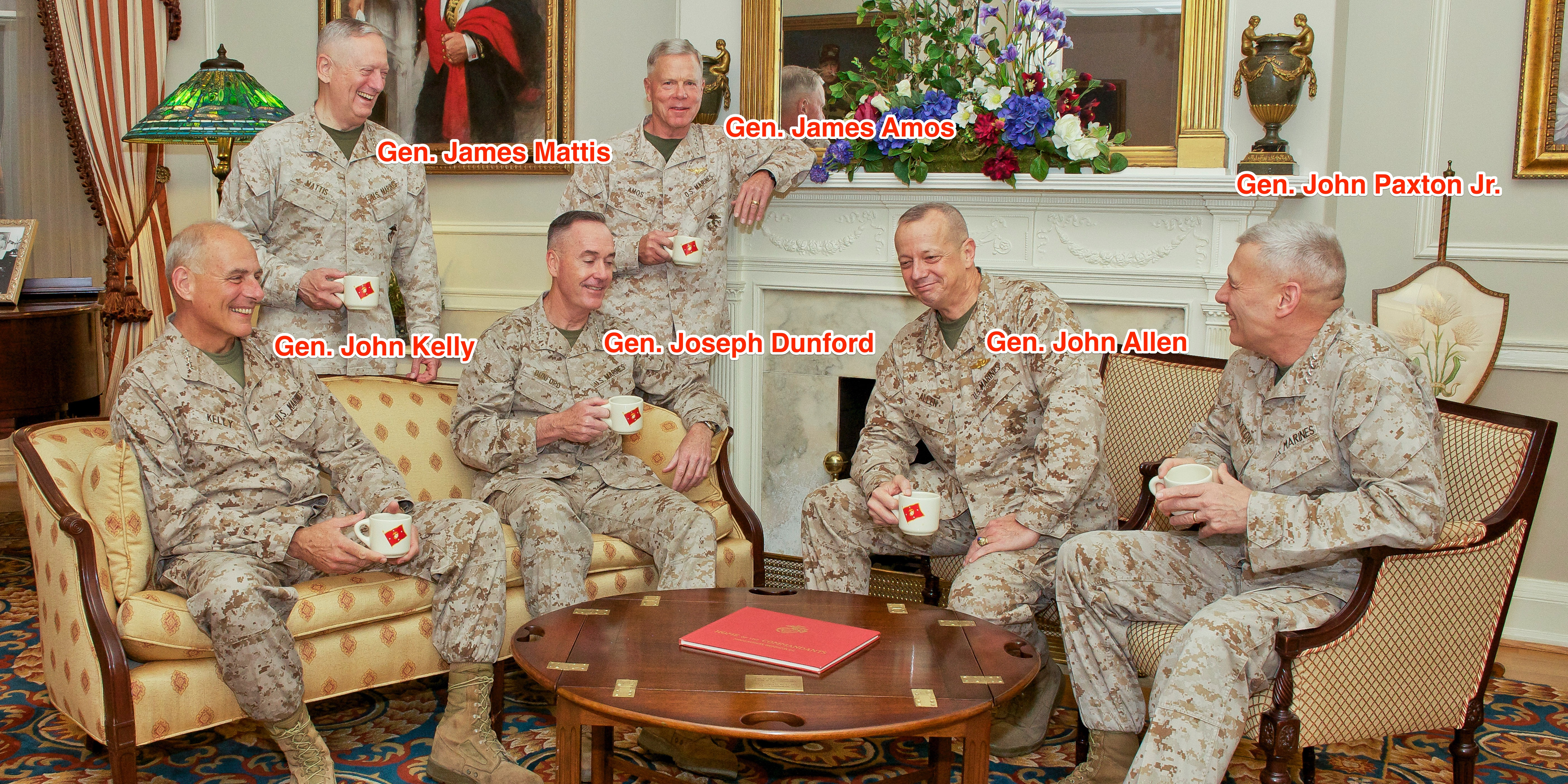