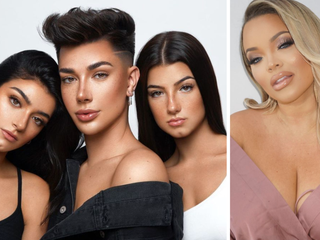 YouTuber James Charles strongly denied Trisha Paytas’ claim that he’s “predatory” with 16-year-old TikTok star Charli D’Amelio. Paytas, a controversial YouTuber, had been beefing with the young TikTok star earlier in the day and then she turned on Charles, saying he was the only person who deserves to be cancelled. […] 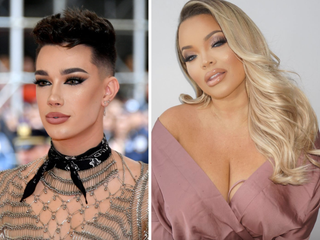 JoJo Siwa told Carissa Culiner of the E! “Daily Pop” show that getting a makeover from James Charles made for the “scariest day” of her life. She said she was “terrified” of the transformation because she doesn’t like “looking different.” In August, Charles posted a video of himself giving Siwa […] 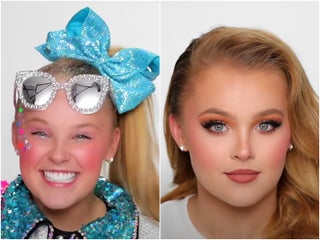 Top YouTubers flooded Twitter with pro-Biden sentiment, suggesting a history of non-partisanship may be coming to an end 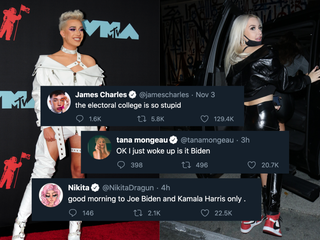 Beauty guru James Charles spoke with British supermodel Naomi Campbell on a recent episode of her YouTube series “No Filter with Naomi.” Charles and Campbell discussed his YouTube career, what it was like to attend the Met Gala in 2019, and also talked about his past cosmetic procedures. Charles told […] 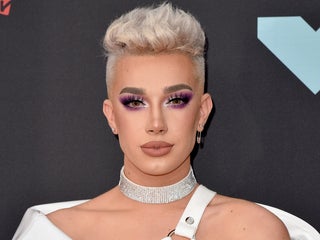 James Charles gave JoJo Siwa a dramatic makeover on his YouTube channel. The beauty influencer traded Siwa’s signature glittery makeup and ponytail for a more understated look. “Obviously it’s not me, I mean – you know how I showed up here in sparkles and bright pink and neon and rainbow […] 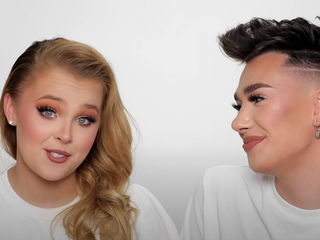 James Charles apologised to his fans for attending Larray’s birthday party at the Hype House last week. Charles attended the party with Tana Mongeau, Nikita Dragun, Charli and Dixie D’Amelio, Emma Chamberlain, and many others. In his latest video he said he cut out the footage from the party because […] 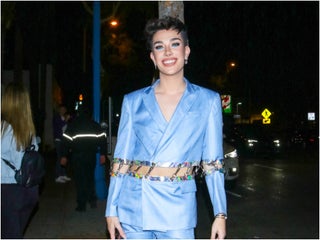 Beauty YouTuber James Charles got drunk for the first time ever on camera, ‘blacked out,’ and did a cotton candy-inspired eyeshadow look

One of YouTube’s biggest beauty gurus, James Charles, turned 21-years-old on May 23 – and to celebrate his birthday, he filmed himself getting drunk for the first time ever. In his new YouTube video, Charles takes shots from a bottle of Don Julio 1942 tequila in between steps of a […] 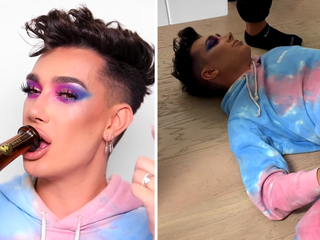 James Charles is looking for love via ‘TikTok Bachelor’

Beauty vlogger James Charles wants to get “wifed up” in 2020. As part of his search, Charles posted a video to set off his bid for “TikTok Bachelor,” in which he listed some personal basics about himself to see if there were any interested users on the platform, which he […] Beauty vlogger James Charles posted a video of him singing on his Instagram story on New Year’s Eve. Some thought it sounded like he said the N-word along with the lyrics to “My Type” by Saweetie. The hashtag #JamesCharlesIsOverParty started trending, saying the YouTube star was cancelled. Charles replied to […] James Charles suggests he could’ve ‘thrown back a million other accusations’ during his feud with Tati Westbrook and Jeffree Star, but didn’t want to create more drama

James Charles opened up about internet fame and cancel culture in a Paper Magazine feature titled “James Charles: Sisterhood Is Stronger Than Subscribers.” Charles also addressed his public feud with YouTubersTati Westbrook and Jeffree Star, both of whom accused the internet star of being disloyal to their friendships and making […] James Charles mocked a meet a greet event by fellow YouTuber group the Dobre Brothers. In a video that went viral earlier in October, the Dobre Brothers barely looked up or smiled when a young fan posed for a photo with them. Charles responded to the tweet saying “what the […] James Charles caused big waves on Twitter when he posted his own nude photo after hackers accessed his iCloud and Twitter accounts and threatened to leak nude photographs of the star. He’s not the first celebrity to do so this summer – Bella Thorne arguably started a trend when she […] BeautyYouTuberJames Charles announced he was cancelling his sold-out nationwide “Sisters Tour” after weeks of drama in the online beauty community. After his recent feud with fellow beauty YouTuber Tati Westbrook, fans were left wondering what would happen to the tour, which promised interactive beauty experiences and access to Charles. Charles […] The feud between beauty YouTube gurus James Charles, Tati Westbrook, and Jeffree Star appears to be over. Charles released a video titled “No More Lies” at the weekend where he gave his side to the whole story, involving a disagreement with Westbrook and accusations of him using his fame to […] Beauty YouTuberTati Westbrook posted a new video titled “Why I Did It …” in the wake of her feud with friend and mentee James Charles. “I do really want the hate to stop,” she told her viewers while talking about the controversy. She said that she still has love for […] Beauty YouTuber Nikita Dragun shared screenshots of her texts with James Charles to help clear his name, but some people think the photos are proof that he lied

On Monday, beautyYouTuberNikita Dragun shared screenshots of texts with James Charles to clear his name after a public feud with vlogger Tati Westbrook. Westbrook accused Charles of manipulating people and using friends for fame in a video after he promoted sleep vitamins from Sugar Bear Hair, a competitor of Westbrook’s […] Makeup mogul James Charles is facing major backlash after being accused of manipulating people and using his friends for fame by former mentor Tati Westbrook. People on social media have now noticed that Charles’ merchandise website, Sisters Apparel, seems to have been taken down. On Twitter, some fans believe the […] On Friday, beauty vlogger Tati Westbrook accused makeup artist James Charles of using her to boost his following, and said he has tried to manipulate others’ sexuality in a YouTube video titled “Bye Sister.” Now, former fans of Charles are retaliating against the YouTube star by destroying his eponymous eye-shadow […] YouTuber and celebrity makeup artist James Charles appears to have lost nearly three million YouTube subscribers as he is locked in a bitter feud with close friend and fellow makeup vlogger Tati Westbrook. On Friday, Westbrook released a 43-minute-long video explaining that she ended her friendship with Charles after he […]