Jacob Wohl and Jack Burkman, two conservative political operatives who have run numerous botched schemes over the past few years, are in legal trouble. They’re facing a lawsuit in New York and indictments in Ohio and Michigan over robocalls targeting areas with large numbers of Black voters, discouraging them to […] 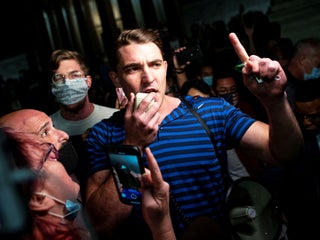 After announcing foiled plot to kidnap governor, Michigan’s attorney general says the far right is trying to ‘disrupt’ the state ahead of the election

Michigan Attorney General Dana Nessel spoke with Business Insider on Thursday after announcing that a group of men were being charged with plotting to kidnap Gov. Gretchen Whitmer and hold a mock trial for “treason.” Nessel said it was not safe to dismiss far-right paramilitary groups as a laughing matter. […] 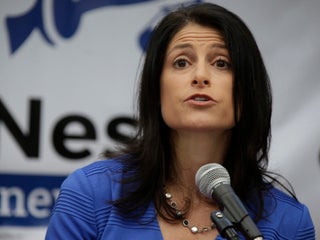 An arrest warrant has been issued for Jacob Wohl, a right-wing provocateur accused of voter intimidation in Michigan. Wohl and another man, John Burkman, are accused of “presenting false and misleading statements about mail-in voting” to Detroit-area residents. If convicted, the accused could face prison time. Visit Business Insider’s homepage […] 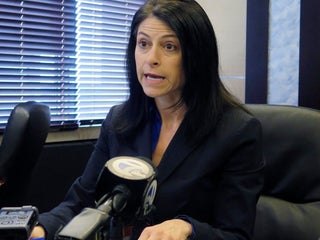 A 21-year-old college student named Hunter Kelly appeared to publish a Medium post on Monday alleging that Pete Buttigieg, the mayor of South Bend, Indiana and 2020 Democratic presidential candidate, sexually assaulted him earlier this year. But Kelly told The Daily Beast later on Monday that he didn’t write the […] An alleged scheme involving a GOP operative’s and shady intelligence firm’s offers to pay women to falsely accuse the special counsel Robert Mueller of sexual misconduct could pose significant legal questions for the parties involved. Mueller’s office has referred the alleged scheme to the FBI for investigation. DOJ veterans say […] The special counsel Robert Mueller’s office has asked the FBI to investigate what’s said to be a plot linked to the conservative activists Jack Burkman and Jacob Wohl to offer women large sums of money to lie about having been sexually harassed by Mueller. Wohl is accused of creating a […]