Jacob Chansley, AKA the QAnon Shaman, referenced Gandhi and Jesus as he charmed the judge who handed down the largest January 6 sentence to date. 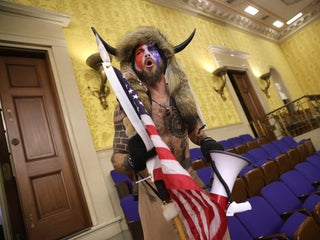 "God bless you for it," Jacob Chansley told Judge Royce Lamberth when talk turned to his food options in jail. "It made all the difference." 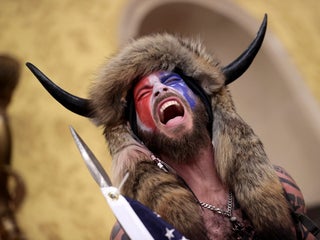 Justice Department seeks a 4-year prison sentence for the QAnon Shaman, calling him the ‘flagbearer’ for insurrectionists

The 51-month sentence against Jacob Chansley is the longest requested by prosecutors in the litany of January 6 cases, CNN reported. 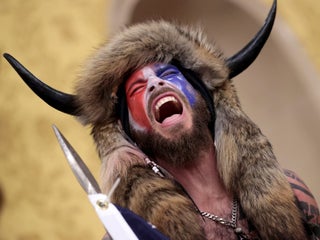 Since Jacob Chansley was arrested in January, a judge has thrice denied his requests for release, citing concerns he poses a continued flight risk.

Jacob Chansley is set to be sentenced next month, and his lawyer is encouraging "the nation" to "weigh in" with support that he be released.

The judge ruled Chansley had failed to provide "clear and convincing evidence" that he would not pose a flight risk or danger to the community.

The "QAnon Shaman" has admitted to obstructing Congress as they voted to certify President Joe Biden's electoral victory. 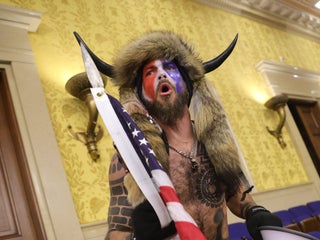 Chansley stormed the US Capitol on January 6 and appeared to leave a threatening note for then-Vice President Mike Pence. 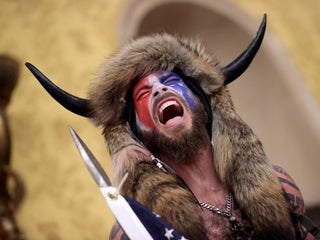 Jacob Chansley's attorney argued last week that his client should be released because he hadn't been holding a real spear during the Capitol siege. 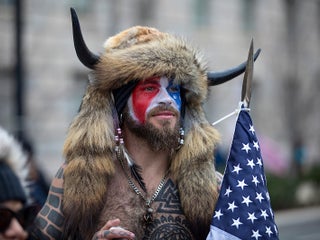 Lawyer for ‘Q Shaman’ asked a judge to release him from jail, insisting his spear wasn’t a danger to anyone

Jacob Chansley's lawyer also raised concerns about his mental health, calling him "a man who needs some attention that he is not able to get." 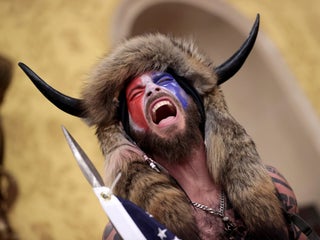 Jacob Chansley is one of the most recognizable figures from the Capitol riot, but his lawyer says he's autistic and was manipulated by Trump. 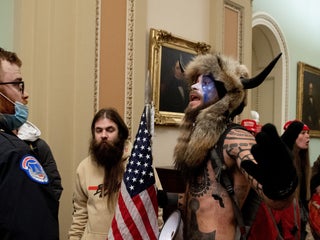 QAnon Shaman’s lawyer argues that his shirtlessness on Jan. 6 is evidence of his ‘mental vulnerabilities’

In a new pretrial release motion, Albert Watkins argues there is no evidence Jacob Chansley was violent during the insurrection or poses a threat.

A federal judge ordered Jacob Chansley - aka the "QAnon Shaman"- to undergo a mental evaluation after his attorney said he's not handling jail well. 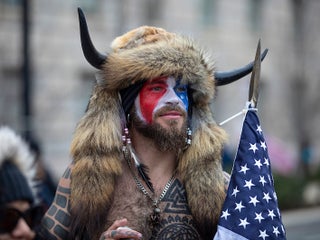 Albert Watkins told Insider he made the "politically incorrect" comments to call attention to the mental health of some defendants. 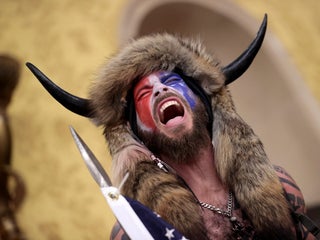 The footage appears to debunk claims made by the QAnon Shaman that officers "waved" protesters in on January 6 during the mob of the Capitol. 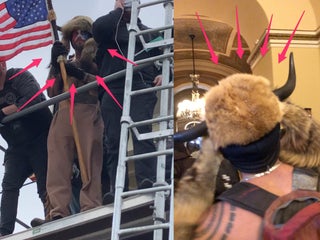 A federal judge argued in new court documents that Jacob Chansley's perception of his actions on January 6 shows a "detachment from reality."

A lawyer for the "QAnon Shaman" was pressed in court over how a virtual visit with his client shirked the proper policy for interviews from custody.

"QAnon Shaman" Jacob Chansley's lawyer has blamed Donald Trump for inciting his client to storm the Capitol building on January 6.

An attorney for Jacob Chansley, the "QAnon Shaman," filed a pretrial release motion Tuesday, weeks after he charged in the Capitol riot.

A Capitol riot suspect known as the “QAnon Shaman,” said he was “deeply disappointed” in Trump. “I have to leave judging him up to other people,” Jacob Chansley said in a statement. He was arrested on January 9 and charged with civil disorder, obstruction, and disorderly conduct. Visit the Business […] 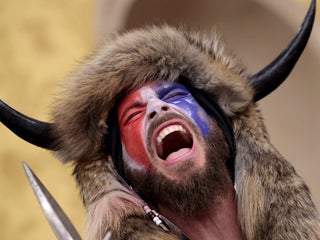