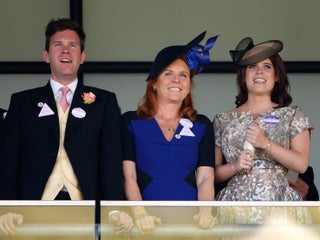 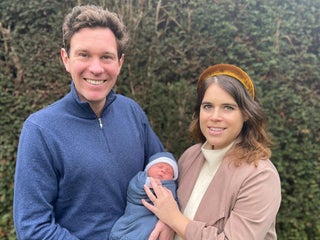 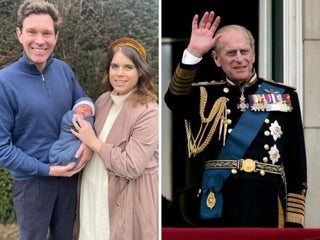 The royal baby's middle name was likely chosen as a tribute to Eugenie's grandfather, Prince Philip. 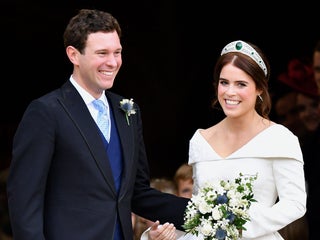 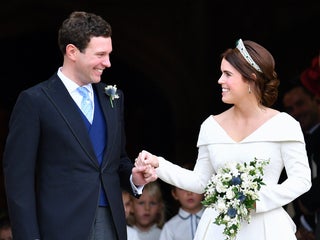 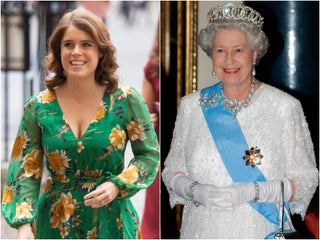 Princess Eugenie and Jack Brooksbank are expecting their first child together. The baby will be the Queen’s ninth great-grandchild and 11th in line to the throne. Like Meghan Markle and Kate Middleton, there are a number of traditions Eugenie will be expected to follow when she gives birth, including an […] 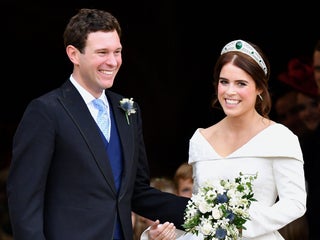 Jack Brooksbank said these heart-melting words when he saw Princess Eugenie walk down the aisle at their wedding, according to a lip reader

Jack Brooksbank and Princess Eugenie’s wedding had no shortage of romantic highlights. There was one particularly swoon-worthy moment you may have missed. When Eugenie walked down the aisle, the London socialite said, “Oh, my heart,” professional lip reader Tina Lannin, of 121Captions, told Cosmopolitan. “Oh, break my heart,” Brooksbank continued, […]

Princess Eugenie married Jack Brooksbank at St. George’s Chapel at Windsor Castle on Friday October 12. The couple shared a first kiss as newlyweds on the steps of the Chapel before they headed to their carriage. A private reception for friends and family will be held by Queen Elizabeth at […]

Princess Eugenie and Jack Brooksbank live 2 doors away from Prince Harry and Meghan Markle, and they’re staying there after they get married

Jack Brooksbank says he’s “in charge of the drinks” at his Friday wedding to the Queen’s granddaughter Princess Eugenie. Brooksbank, European Brand Manager for Casamigos Tequila, said a selection of bespoke Casamigos cocktails will be served to guests throughout the wedding weekend. The brand was founded by George Clooney, Rande […]

Princess Eugenie is marrying Jack Brooksbank on Friday, October 12. Coverage of their royal wedding will begin at 6.30 p.m. (AET) on ITV for those in the UK. The official ceremony will begin at 8 p.m. (AET) and last for around an hour. Scroll down to see what time the […]

Princess Eugenie and Jack Brooksbank are set to tie the knot at their royal wedding on October 12. Their wedding will take place 10 months after the couple announced their engagement. But, according to a recent report by Vanity Fair, the two have been waiting over a year to get […]

Princess Eugenie and her fiancé are actually related — here’s how