Extremist groups could use the coronavirus pandemic to launch more attacks

Extremist fighters could use the coronavirus pandemic to carry out more attacks, the Associated Press reported. As the world pulls most of its resources towards stopping the outbreak, the tools once set in place to fight extremists are likely to be cut or significantly reduced. Visit Business Insider’s homepage for […] 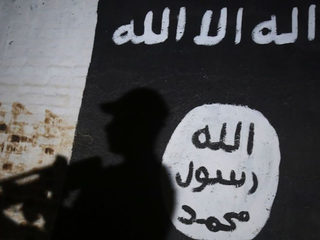 Macron criticised Trump for his abrupt Syria withdrawal, saying ‘an ally should be dependable’

French President Emmanuel Macron slammed US President Donald Trump over his decision to withdraw from Syria and suggested he was mistreating his allies. “To be allies is to fight shoulder to shoulder,” he said. “An ally should be dependable.” Trump abruptly announced last week that he was pulling all 2,000 […] ‘You know what? It’s yours’: Trump reportedly threw his hands up on Syria during phone call with the Turkish president

Reports from multiple outlets give some clues as to why President Donald Trump made his decision to pull US troops out of Syria, a move that prompted Defence Secretary James Mattis to resign. That development materialised last Friday during a call with Turkish President Recep Tayyip Erdogan, after Erdogan asked […]

An Australian doctor has appeared in a new IS propaganda video

An Australian doctor who joined Islamic State in 2015 has appeared in a new propaganda video. Former paediatric doctor Tareq Kamleh, who goes by the name Abu Yousef Al-Australi, is shown in a hospital treating patients and holding a gun, warning Muslims if they don’t join IS they have “no […]

The Melbourne siege is being treated as a terrorist attack, and authorities are bracing for copycats

A gunman shot dead by Victorian police on Monday night in Melbourne called Channel Seven and said “This is for IS, this is for Al Qaeda”. Islamic State has since claimed responsibility for the attack. Two men died and three policemen were wounded by gunfire following a 2-hour siege in […]

ISIS is now spewing its hatred at Australian Muslim leaders

Islamic State has targeted Australian Muslim leaders in its latest propaganda video. The terrorist group named youth leader Sheikh Shady Alsuleiman, NSW Police chaplain Sheikh Ahmed Abdo and the Grand Mufti of Australia, Ibrahim Abu Mohamed, among other Muslim leaders around the world, who they perceive as enemies for lacking […]

Local media in Turkey have aired a 44-second video of a man police believe to be the gunman of the Istanbul nightclub attack, which killed 39 people. The undated footage shows the man filming himself and the street behind him as he wanders near Istanbul’s Taksim Square. The gunman, who […]

Islamic State has claimed responsibility for the attack on a nightclub in Istanbul that killed 39 people. The gunman, believed to have been dressed in a Santa Claus costume, shot dead a police officer and a civilian outside the nightclub before entering. Witnesses from the New Year’s party in Reina, […]

Australia’s most wanted Islamic State recruiter, former Melbourne man Neil Prakash, has reportedly been arrested six months after he was supposedly killed in Iraq, according to AAP. Prakash was believed to have been killed during a US air strike on an IS stronghold in Iraq on April 29 this year. […]

Melbourne and Qantas are targets in a new IS propaganda video

A Qantas passenger jet, Melbourne Airport and St Paul’s Cathedral are listed as potential targets in a new Islamic State (IS) propaganda video. The 20-minute video, titled “The Impenetrable Fortress”, shows a montage of horrific violence like beheadings, corpses and missiles in the Middle East, then a shot of Melbourne’s […]

Successful attacks by IS are in decline for the first time in their countries of origin, according to a new report out by the Global Terrorism Index. While it is a positive sign for the coalition fighting the terrorist group, the report also highlights that a record number of countries […]

David Cameron spoke to an audience of business... Australia’s most wanted terrorist Neil Prakash has been killed in a US air strike on an Islamic State (IS) stronghold in Iraq. Prakash was among a gathering of IS operatives targeted on April 29. United States authorities have also advised the federal government that Australian woman Shadi Jabar Khalil Mohammad […]

Convicted Australian terrorist Khaled Sharrouf is reportedly still alive. Reports by News Corp say that the Islamic State fighter has made several attempts to contact people in Sydney as well as issuing a death threat over plans by the NSW Crime Commission to seize his house. Sharrouf, who was a […]

One of Australia’s most notorious terrorist recruiters for the Islamic State, Neil Prakash, is reportedly dead. The Herald Sun reports senior figures within the IS stronghold have claimed Prakash to be “shahada”, one of the Five Pillars of Islam, and what the terror organisation says when a fighter has been […]

A newly-merged Islamic State powerhouse in the southern Philippines has local authorities concerned about Australia’s security. A video released on Friday reveals four terrorist groups in the region pledging their allegiance to self-proclaimed caliph, Abu Bakr al-Baghdadi. The video, which was posted on a jihad website but immediately removed, shows […]

Indonesian police have arrested nine suspected Islamic State supporters who were allegedly planning a New Year’s Eve attack in Jakarta. Tip-offs from the Australian Federal Police and the Federal Bureau of Investigation lead to the arrest of the terrorist cell, which included a teacher at an Islamic school and one […]

Australian terrorist recruiter Neil Prakash has gone offline to avoid being found by coalition forces in the Middle East. Prakash used Twitter to preach extremist views and post terrorism threats. In May one of his tweets grounded three planes from take off. In August he also leaked the personal information […]

WATCH: The Australian Defence Force deploys airstrikes on IS targets in the Middle East

Not an isolated situation.