‘I’m dying slowly’: An Iranian teen says she has to travel from country to country or be sent back to her abusive father

Samar, a 19-year-old from Iran, travels from country to country to avoid being deported back to her abusive father in Iran. For the past two years, she has shuttled between Turkey, Armenia, and Ecuador, three of the few countries Iranians can visit without a visa. Samar says her mother and […] 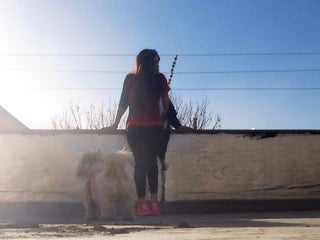 Over 200 people have reportedly died in the Iran protests. Here’s what you need to know about the worst riots to roil the country in 40 years.

Over 200 people are estimated to be dead and 7,000 arrested in Iran since protests erupted in mid-November. Protests were sparked by an up to 300% increase in fuel prices which the government said would help care for the poor. The Iranian government has cast blame on its international foes […] Iran detained two Australian travel bloggers, Jolie King and Mark Firkin, in early July. They were sent to the notorious high-security Evin Prison, reportedly over flying a drone without a licence. Australia’s foreign minister confirmed their release and return home on Saturday, adding that the two Australians are “in good […] The 2 Instagram influencers detained in Iran are held in a prison where people are reportedly threatened with dismemberment, forced to eat dirt, and sleep on cockroach-infested floors

Jolie King and Mark Firkin, two Australian travel bloggers, have been detained in Iran and are widely reported to be in Tehran’s Evin Prison. The high-security facility is known for holding foreign prisoners, as well as political dissidents and intellectuals. Former detainees describe being marched around in blindfolds, forced to […] A military cargo plane full of meat crashed in Iran, killing everyone but a flight engineer on board, army says

A military plane carrying meat from Kyrgyzstan to Iran crashed on Monday. Fifteen out of the 16 people on board died, Iran’s army said. While attempting an emergency landing, the Boeing 707 cargo plane skidded off the runway and caught fire after hitting a wall at Fath Airport, state media […]