How to turn on and use dark mode on an iPhone, iPad, or iPod Touch

You can turn on dark mode on an iPhone, iPad, or iPod Touch through your device's Settings app or Control Center. 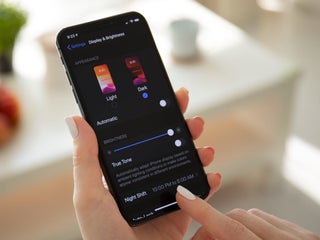 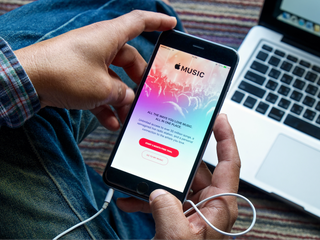 How to get an Apple TV+ subscription and free trial, so that you can watch award-winning original shows and movies

To get Apple TV+, you need to have an Apple ID account, with a payment method linked to the account. Apple TV+ costs $US4.99 per month, but all users are eligible for a one week free trial, and if you buy an Apple product, you’ll get an entire year for […] 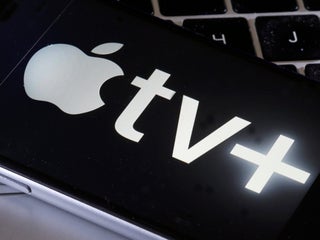 ‘Why won’t my iPhone update to iOS 13?’: How to troubleshoot iPhone updating issues in 4 ways

If your iPhone won’t update to iOS 13, it might be because your device isn’t compatible. Not all iPhone models can update to the latest OS. If your device is on the compatibility list, then you should also make sure you have enough free storage space to run the update. […] The new iPod touch is a nostalgic nod to the past, but it could be important to Apple’s future

Apple launched a new iPod touch earlier this year, marking the first time it’s updated the portable music player since 2015. In an era during which we use our smartphones for nearly everything, it’s unclear exactly where the iPod fits in. But it could be a smart way for Apple […] Tired of the App Store asking you to rate or review an app? Here’s how to turn that setting off

If you own an iPhone, iPad, or iPod Touch, many applications you download will ask you to rate or review the app after using it for a period of time. Thankfully, there’s a little-known setting that can turn this feature off. Visit Business Insider’s home page for more stories. You’re […] Apple analyst Ming-Chi Kuo released a new research note over the weekend, detailing upcoming Apple products to be released in 2019. Ming-Chi Kuo is one of the most reliable Apple analysts in the world, and his reports and predictions about Apple’s product pipeline often turn out to be true. Among […] There an online Apple store that you may not... Apple is finally giving its customers a way to... A case that is believed to be for the iPhone 6 suggests that it may be as thin as the iPod Touch,. In conjunction with this week’s launch of new iPods, Apple has a new commercial for the products. [credit provider=”Urban Outfitters” url=”http://news.urbn.com/phoenix.zhtml?c=115825&p=irol-EventDetails&EventId=4837309″] Retailer Urban Outfitters had its first ever annual analyst day today.You can listen to the whole presentation here, but about halfway through CIO Calvin Hollinger makes some interesting comments about the future of point-of-sales systems in retail. The iPhone 5 was the star of today’s Apple event, but some other new products were announced. Here’s What You Need To Know About iOS 6, Apple’s New Operating System For iPhones And iPads

[credit provider=”Apple”] Apple finalised iOS 6, its next operating system for iPhones and iPads, at the big iPhone 5 event today.The new OS brings over 200 new improvements to Apple’s ecosystem, including a redesigned Maps app and Facebook integration. If This Analyst Is Correct, The New iPod Touch Will Be Insanely Awesome

We’re pretty sure that new iPods will debut today alongside the iPhone 5. [credit provider=”Guilherme Schasiepen” url=”http://www.flickr.com/photos/guilhermescha/7973646170/in/photostream”] Apple is expected to unveil new iPod Touches, possibly in a variety of colours, at its iPhone 5 event tomorrow.A designer named Guilherme Schasiepen has put together some beautiful concept images of what they might look like and was kind enough to share them with us. REPORT: Here’s What The New iPods Will Look Like

[credit provider=”Apple”] We already know to expect a new iMac and iPhone next week, but Apple may also introduce new iPods, reports 9to5Mac.9to5Mac’s sources indicate that we can look forward to new iPod Nanos, Shuffles, and Touches.