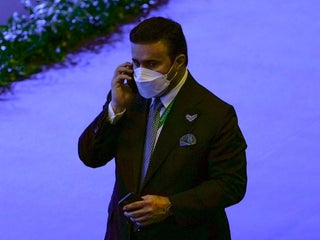 Grace Meng, the wife of former Interpol president Meng Hongwei, lashed out at the Chinese government in a scathing interview. 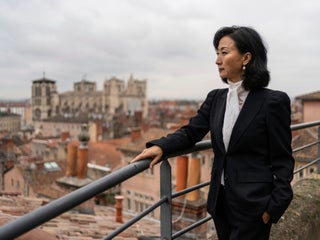 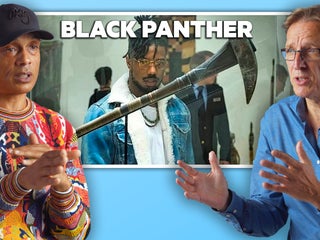 Scammers used fake emails and cloned websites in an attempt to trick German health authorities into spending $US16 million on face masks that didn’t exist. The criminals were paid a $US1.6 million down payment before they were foiled by police, Interpol announced this week. The episode illustrates how scammers are […] 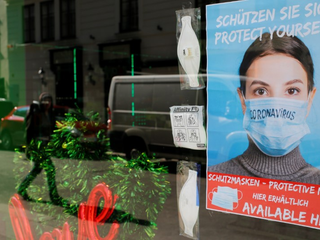 Jeffrey Epstein’s accused madam Ghislaine Maxwell, who no one could seem to find, was just spotted alive and well at In-N-Out burger

Jeffrey Epstein’s longtime associate Ghislaine Maxwell, accused of acting as his madam, had seemingly vanished – and may have popped up at a Los Angeles In-N-Out Burger on Thursday. Maxwell has faced heightened scrutiny after Epstein’s apparent suicide last Saturday, and federal prosecutors have said they’re still investigating charges that […] Maximilian Fernsebner, a 34-year-old German, has been wanted since at least 2017 over charges relating to drug trafficking, robbery, and child pornography, according to Thai and German news outlets. Interpol put out a red notice on him in 2017 but had not been able to find him. Thai officials located […] Meng Hongwei, a Chinese official who served as former Interpol president, went missing under mysterious circumstances last September. China said at the time that it had detained Meng over bribery allegations. The Chinese Communist Party on Wednesday announced that it had expelled Meng, accusing him of abusing his position, and […] Cesare Battisti, an Italian communist wanted for four murders, was caught in Bolivia on Saturday, disguised with a fake beard. Battisti, who was part of the banned Armed Proletarians for Communism, was captured by Interpol in Santa Cruz de la Sierra on Saturday. Italian state police have posted surveillance video […]

Interpol elected Kim Jong-yang, a South Korean national, as its news president on Wednesday. The election took place because the old president, Meng Hongwei, was detained on a visit to his native China. Meng has not been heard from since, and his wife believe he may be dead. Kim beat […] Interpol will elect a new president this Wednesday. The snap election comes after China detained its old president, Meng Hongwei, over unspecified bribery allegations, and Interpol accepted an unsigned resignation letter. The frontrunner is Alexander Prokopchuk, a veteran of the Russian interior ministry. His election would be a great win […] Venezuela’s exiled justice department issued an international arrest warrant for its own president, Nicolas Maduro. The department called for Maduro’s arrest on suspicion of corruption in a letter to Jurgen Stock, the secretary-general of Interpol, dated on Monday. It said that Maduro accepted, directly or indirectly, funds from illegal activity, […]

Venezuela’s justice department in exile has asked Interpol to issue an international arrest warrant for Venezuela’s president, Nicolás Maduro. A letter from the Supreme Tribunal of Justice in exile to Interpol’s secretary-general accused Maduro of corruption and said he accepted funds from illegal activity. Maduro presides over one of the […]

Meng Hongwei, the Chinese president of Interpol, disappeared after travelling to China in late September. China acknowledged on October 7 that it had detained Meng and was investigating him over bribery allegations. Interpol said it received his resignation that same day. Beijing has gone silent since then. Interpol said organisation […] Interpol president Meng Hongwei went missing after travelling to China late last month. A week after his disappearance China said Meng had been detained and was being investigated over bribery allegations. That same day Interpol also said it had received and accepted Meng’s resignation, with no further details. Meng’s wife, […]

‘You listen, but you don’t speak:’ Wife of missing former Interpol chief says Chinese agents threatened her over the phone

The wife of Meng Hongwei, the former Interpol chief who disappeared and abruptly “resigned” from his post, says she received a call from Chinese agents threatening her safety. Speaking to Associated Press, Grace Meng said a mysterious Chinese caller told her: “We’ve come in two work-teams, two work-teams just for […] At the crest of his political career Meng Hongwei, the first-ever Chinese president of Interpol, was proudly hailed by state media as a testimony to the international community’s “full recognition” of China’s law enforcement capacity and status as a country based on the rule of law. Less than a year […]

Beijing confirmed that the Interpol president who vanished after visiting China was detained and being investigated over bribery allegations. Interpol President Meng Hongwei vanished after travelling to China, his native country, on September 29. Interpol said on Sunday that Meng had resigned “with immediate effect.” His last text message to […]

The head of Interpol has reportedly vanished after going to China

Interpol President Meng Hongwei has reportedly gone missing. Interpol is the international policing agency, which helps officers in different jurisdictions pursue criminals worldwide. His wife said she hadn’t heard from him since he travelled to China on September 29, Reuters reported. Police in France – where Interpol is headquartered – […]

On Tuesday, Cisco announced that it will share “cybercrime” data with the international police network Interpol. The data includes information and analysis about security threats that Cisco already aggregates through an existing research arm, Cisco Talos. The company said it won’t share information about customer vulnerabilities. It’s a warm nod […]

The biggest black market on the so-called "dark...