Australia will temporarily waive the visa application fees for international students and backpackers, in a move Prime Minister Scott Morrison hopes will address workforce shortages across the country.

Scott Morrison has defended the decision to defer the border reopening as ‘prudent and temporary’, while advocates complain of another brutal setback

Prime Minister Scott Morrison has defended the call to postpone the re-entry of visa holders to Australia. The decision to defer the entry of students and migrant workers is “prudent and temporary”, he said. The call was made over fears of the new Omicron variant of COVID-19, but advocates say […]

I’m a broke student from France who shops at Lidl on a tight budget. Here are 15 of the best things I buy.

I'm an international college student studying in the UK. From pastries to potatoes, here's everything I buy to save money at the famous German market. 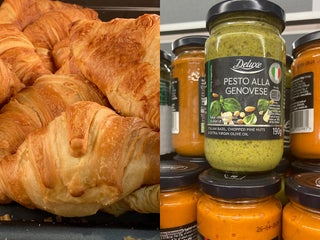 Almost every state has written off plans for international students to return to Australia. Where does that leave the $38 billion university sector?

Australia welcomed 31,500 arrivals from overseas in December 2020, marking an 18% jump from the previous month. But reduced caps on international arrivals, kickstarted by fears over a highly infectious new strain of coronavirus, could impact the upward trend. People leaving Australia on temporary student visas comprised nearly one in […]

Everything international university students need to know about studying in Australia

Carol Lin is 25. She came to Sydney in July last year as a Chinese international student and is now studying English at an ELS language centre. She also makes up to $3000 a week selling Blackmores and baby formula to people in China. The business of selling Australian health […]