A top North Korean official has offered a stark warning to the US following comments made by President Joe Biden and Jen Psaki about denuclearization. 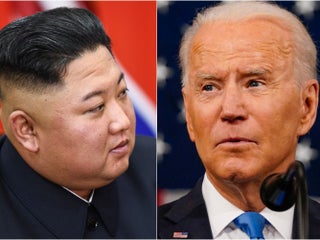 In recent days, Australia’s foreign minister Marise Payne announced efforts to strengthen Australia’s involvement in the Indian Ocean region, and the importance of working with India in defence and other activities. Speaking at the Raisina Dialogue in Delhi – a geopolitical conference co-hosted by the Indian government – Payne said: […]

The Chinese Communist Party is thinking about changing the constitution to get rid of term limits for the presidency, giving Xi Jinping a clear path forward to complete rule on a level unseen since Mao Zedong. While the office of the president does not include institutional power, the president is […] President Donald Trump approves of sending Javelin anti-tank missile systems to the frontlines of Ukraine’s war against Russian-backed separatists. The missile system is one of the most advanced on the market, and has been repeatedly requested by the Ukrainian government. Russia has reacted very negatively to the news, and the […] Marty Skovlund Jr., a US veteran of Afghanistan, went back to the country as part of a reporting project for Task & Purpose. Skovlund interviewed ranking and junior members of the Afghan and US militaries, and saw how the war is developing first hand. As someone with experience in the […] Saudi Arabia has some of the greatest military equipment money can buy, but its military is still not seen as a threat to its longtime rival Iran. Saudi Arabia’s military has not proved capable of effectively fighting back Iran-backed Houthi rebels in Yemen. Its arsenal is designed for a large […] Dennis Rodman believes that he can be the mediator between President Donald Trump and North Korean leader Kim Jong Un. “I’ve been trying to tell Donald since day one: ‘Come talk to me, man … I’ll tell you what the Marshal wants more than anything,” Rodman said in an interview. […] Slobodan Praljak, a former Bosnian Croat general, drank poison from a bottle during a war-crimes tribunal on Wednesday. He died a few hours later in a Dutch hospital. Praljak’s charges centered on the rape, murder, and ethnic cleansing of Bosnian Muslims. “Slobodan Praljak is not a war criminal! I reject […] The war in Ukraine is currently in a kind of “frozen” state. Last week saw a heat spike that caused a lot of change in the area. A fight between two groups could be a sign of an internal rivalry in Russia. Though snow now covers the ground of Ukraine’s […] Qatar has unveiled plans for a new massive... ‘Do you even understand what you’re asking?’: Putin and Megyn Kelly have a heated exchange over Trump-Russia ties

Russian President Vladimir Putin got into a... Despite ongoing debates about their... International investigation: MH17 was struck by a Russian-made missile

VIDEO: An international investigation into the downed Malaysia Airlines flight 17 has concluded that the plane was struck by a Russian-made missile.