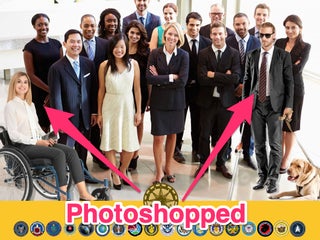 Some of the scenarios are devastating, while others look like a future version of our current world. 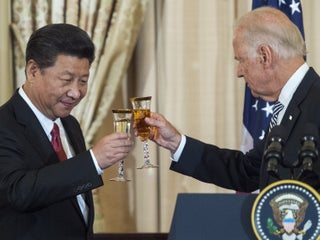 Rep. Adam Schiff says it is ‘critical’ for US to finish probe of COVID-19 origins to avoid ‘any premature or politically-motivated conclusions’

President Joe Biden announced a 90-day deadline for the intelligence community to further probe the origins of COVID-19. 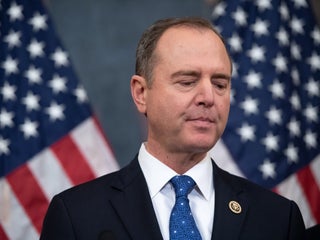 "China is an unparalleled priority for the Intelligence Community," the Director of National Intelligence said this month. 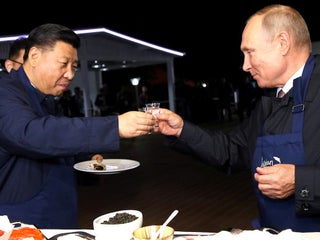 A joint US intelligence task force issued an urgent and initial public reaction to the SolarWinds hack saying the campaign was likely the work of Russian hackers. The statement said the hack was “a serious compromise that will require a sustained and dedicated effort to remediate.” The task force also […] 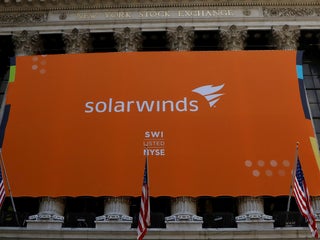 The US intelligence community has found no evidence of foreign nations interfering with mail-in ballots, throwing a wrench into Trump’s conspiracy theories

The US intelligence community has found no evidence that foreign nations are trying to interfere in the November election by manipulating mail-in voting, senior government officials said Wednesday. “We have no information or intelligence that any nation or state actor is engaging in any kind of activity to undermine any […] 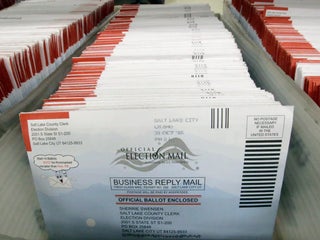 White House press secretary Kayleigh McEnany said Tuesday that President Donald Trump “is the most informed person on planet earth when it comes to the threats that we face.” She also insisted that Trump “does read” the daily classified book of important intelligence on threats and opportunities known as the […] 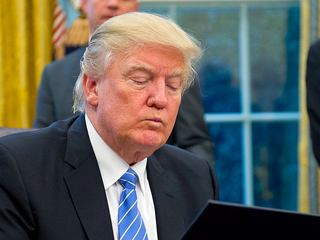 Trump’s pick for spy chief pledges to ‘speak truth to power’ if confirmed, despite years of evidence to the contrary

Republican Rep. John Ratcliffe, President Donald Trump’s nominee for Director of National Intelligence, testified to the Senate Intelligence Committee on Tuesday that he will “speak truth to power” if confirmed. This is Ratcliffe’s second attempt at securing the Senate’s approval for the DNI role. Trump initially nominated Ratcliffe last year, […] 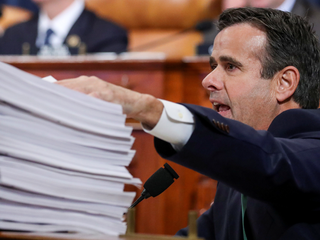 President Trump said Thursday that he has evidence showing that the coronavirus originated from a lab in Wuhan, China, but he can’t share what it is. “I can’t tell you that,” Trump said when a reporter asked what information gave him a “high degree of confidence” that the virus came […] 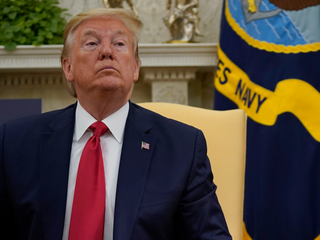 Trump’s daily briefings warned about COVID-19 at least a dozen times before the US outbreak, but he ‘failed to register’ the threat

US intelligence officials warned President Donald Trump about the threat of the novel coronavirus in at least a dozen classified briefings in January and February, The Washington Post reported. The President’s Daily Brief, or PDB, tracked the spread of the virus around the globe for weeks early this year and […] 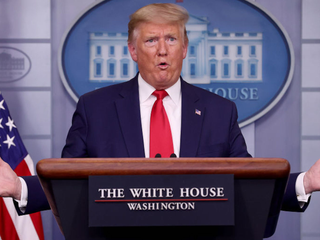 The US intelligence community has determined that the Chinese government concealed the extent of its coronavirus outbreak and gave false statistics to other countries, Bloomberg News reported, citing three US officials. Officials transmitted a classified report of their findings to the White House last week. Bloomberg described its sources as […] 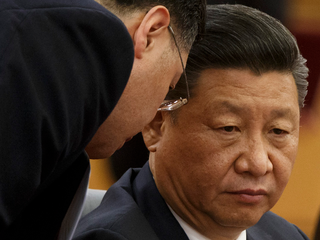 President Donald Trump congratulated US special forces, and himself, this weekend for the military strike in Syria that killed the Islamic State’s leader, Abu Bakr al-Baghdadi. But a more detailed look at the operation suggests the success came in spite of – and not because of – Trump. The strike […] Intelligence veterans slammed House Republicans for barging into a Sensitive Compartmented Information Facility in Congress on Wednesday during a closed-door impeachment hearing. A SCIF (pronounced “skiff”) is designed to prevent electronic eavesdropping by foreign intelligence services that target lawmakers with access to classified information and lax security protocols. Several witnesses […] A second intelligence official is considering whether to file a whistleblower complaint against President Donald Trump regarding his interactions with Ukraine, The New York Times reported. The official was interviewed by the intelligence community watchdog Michael Atkinson to corroborate the allegations made in the initial complaint about a July 25 […] The US intelligence community’s watchdog rejected a theory floated by President Donald Trump that the whistleblower process was changed just before an explosive complaint about him. The complaint alleged that Trump pressured Ukraine’s president to investigate Joe Biden in a phone call. It is largely based on the whistleblower’s sources. […] The US intelligence official who filed a whistleblower complaint against President Donald Trump also raised concerns that the White House might have mishandled records of a July 25 phone call between Trump and Ukrainian President Volodymyr Zelensky, The New York Times reported Wednesday. According to rough notes of the call […] Notes of a phone call President Donald Trump had with Ukrainian President Volodymyr Zelensky appear to confirm that Trump asked Zelensky to investigate former Vice President Joe Biden and his son after discussing military aid to Ukraine. Zelensky thanked Trump for “your great support in the area of defence. We […] Giuliani claims he got involved in Ukraine only after the State Department asked him to, because he would be better at it than the FBI

US President Donald Trump’s personal lawyer, Rudy Giuliani, claimed Tuesday that he had been dealing with Ukrainian officials at the request of the State Department. The claim, to Fox News, was a new twist in the spiraling Ukraine scandal, which culminated Tuesday with formal impeachment proceedings beginning against President Donald […] President Donald Trump’s aides tried to hold off a phone call between him and Ukrainian President Volodymyr Zelensky on July 25 because they were concerned he would use it to pressure Zelensky to investigate former vice president Joe Biden, The Washington Post reported. White House national security officials are said […]