Esper said he and Milley stopped Trump from sending soldiers with ‘rifles and bayonets’ into US cities amid George Floyd protests: book

"I think we would have had active-duty troops on the streets, you know, with rifles and bayonets," the former defense secretary told Jonathan Karl. 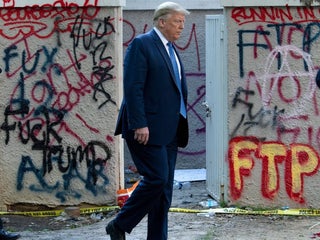 Trump ultimately never invoked the act but indicated in an address that he would deploy the military if state leaders declined to take action. 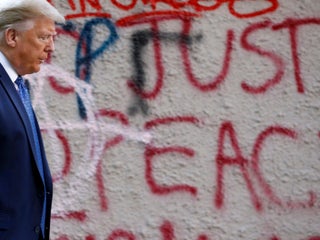 President Donald Trump was furious with Defence Secretary Mark Esper after Esper publicly split with him on sending in active-duty US troops to forcefully subdue protests, The Wall Street Journal reported on Tuesday. Trump has said he wants to “deploy the United States military” to quell protests and nationwide unrest […] 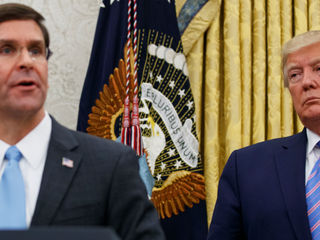 How past presidents have used the Insurrection Act, which Trump could invoke to crack down on the protests against police brutality

President Donald Trump has threatened to deploy active duty military troops in states to quell George Floyd protests against police brutality. In doing so, he would invoke the Insurrection Act of 1807, which grants the president the sweeping authority to use military force within the US if they deem it […] 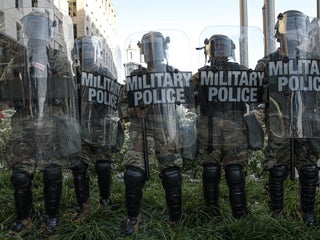 Secretary of Defence Mark Esper spoke out Wednesday against invoking the Insurrection Act to deploy active-duty US military inside the country to respond to unrest following the death of George Floyd. “The option to use active-duty forces in a law enforcement role should only be used as a matter of […] 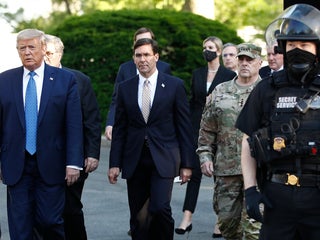 ‘We don’t know any more than you know’: Lawmakers in the dark about how Trump is using military against protests

National Guardsmen have been deployed across the country in response to protests against police violence, and President Donald Trump has threatened to send active-duty troops to quell further unrest. But the top Democrat on the House Armed Services Committee says the rhetoric from the White House and Pentagon is troubling, […] 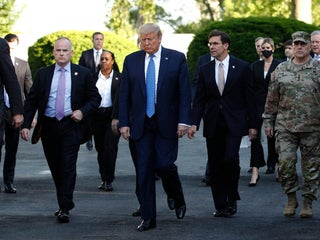