A New York man pleaded guilty Monday to killing a 17-year-old social media influencer and admitted to posting photos of her body to Instagram. Brandon Clark, 22, was charged with second-degree murder in the death of Bianca Devins last July. Prosecutors said Monday that even though Clark’s Instagram account was […] #RIPBianca: A 17-year-old social media star was found dead, and photos of the crime were posted online

Bianca Devins, a 17-year-old social media influencer, was found dead on Sunday in upstate New York, police said. Her suspected killer, Brandon Clark, 21, took photos of the crime and posted them online. Clark made an “incriminating” phone call to police to report Devins’ murder and stabbed himself once police […]

Joe Nicchi, the owner of CVT Soft Serve, has become an internet sensation after posting a picture of himself holding up a sign that read “INFLUENCERS PAY DOUBLE.” Nicchi told INSIDER that he has received multiple requests every week for the last two to three years from influencers who wanted […] A UK company is offering someone $63,000 to travel in search of ‘Instagrammable’ locations, all expenses included

A company is hiring an “InstaScout” to travel around the UK “and beyond” finding the most Instagrammable locations. The successful candidate will be paid a salary of £50,000 ($US63,200), and all accommodation, food, and travel expenses will be covered, too. The idea is that the InstaScout will make life easier […] A 26-year-old Instagram model was granted probation after facing trial for a in September 2017 incident where she was seen beating her dog. Keevonna Wilson was caught on her apartment building’s security system repeatedly kicking the Shih-Tzu Yorkie mix in an elevator. Wilson originally faced felony charges, but a Florida […]

I started my weight-loss journey with the goal of losing 120 pounds. I started an Instagram to hold myself accountable for what I was eating. I have found a lot of support and inspiration on Instagram along the way. Visit Insider’s homepage for more stories. While Instagram certainly has its […] 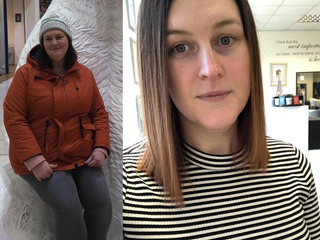 You can now hire an ‘Instagram boyfriend’ for the day for $1,725 in Rome

You can now hire an Instagram boyfriend or the day in Rome. A travel company is offering the package as an add-on to their “Rome in One Day” tour, allowing travellers to ensure they get the perfect candid snaps for Instagram. However, the whole package will set you back €1,085 […]

Caroline Calloway, an Instagram influencer, said she would cancel her tour of $165 seminars on creativity after a Twitter thread calling it a “scam” went viral. Calloway originally described the seminars as four-hour lessons with salad lunches personally created by her – along with an orchid crown workshop. But her […]

easyJet recently released a feature on its iOS app called Look&Book that allows users to find and book flights to destinations around the world directly from their Instagram feeds. lNSIDER took the feature for a run to see how well it works. When I tested Instagram screenshots of destinations like […]

A $44.5 million mansion in Aspen has a secret bedroom and...