A One Nation senator has grown his Instagram audience from zero to almost 30,000 by hosting livestreams with anti-vax and wellness influencers

One Nation Senator Malcolm Roberts has grown a new audience on Instagram using a campaign of live videos with anti-vax wellness influencers.

Beyond brand partnerships that see them spruiking products and services, influencers are increasingly cashing in on their own personal brands with fashion labels of their own.

The Turkish model and influencer Deniz Saypinar said American Airlines barred her from a flight for wearing shorts that were "too short." 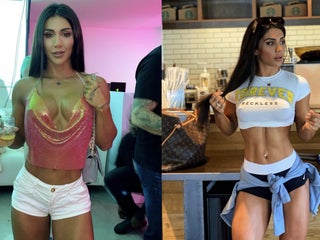 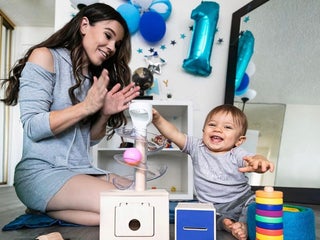 Fintech startup Lanistar was rapped by the UK’s financial watchdog

The UK’s financial watchdog warned Wednesday fintech Lanistar wasn’t authorised to operate. Lanistar is gearing up to launch the “world’s most secure” bank card. The Financial Conduct Authority (FCA) said Lanistar “is targeting people in the UK,” and advised consumers to “be especially wary of dealing with this unauthorised firm.” […] 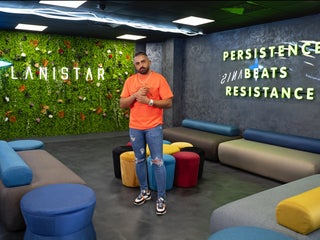 Amazon filed a lawsuit Thursday against two influencers who it says promoted counterfeit products on their social media accounts. Kelly Fitzpatrick and Sabrina Kelly-Krejci, the influencers named in the suit, are being accused of working with 11 other individuals or businesses to list and promote fake luxury items sold on […] 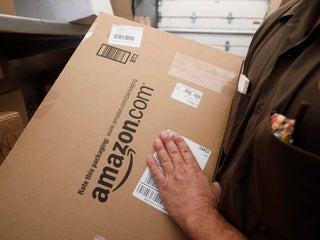 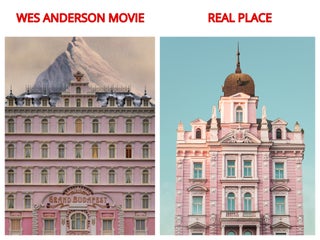 A pilot and Instagram influencer with 500,000 followers shares her 8 best travel tips

Maria Fagerström is a Swedish pilot and Instagram influencer living in Spain. She shares insider secrets about her life as a pilot with her nearly 500,000 Instagram followers. She shared some of her best travel and packing tips with Business Insider. Visit Business Insider’s homepage for more stories. Swedish influencer […] Maria Fagerström is a Swedish pilot and Instagram influencer living in Spain. She shares insights about her life as a pilot with her nearly 500,000 followers. She told Business Insider some things about being a pilot that passengers don’t usually know. Visit Business Insider’s homepage for more stories. Swedish pilot […] This pilot influencer is giving her more than 500,000 Instagram followers an inside look at the world of aviation

Influencers have turned into household names in recent years, and the industry is now worth up to an estimated $US8 billion. However, people still struggle to understand what the non-traditional career consists of, so I followed an influencer around New York City for a day to offer people a better […] Caroline Calloway’s story is a Fyre Festival-like drama playing out in real time, and we can’t stop paying attention to see how far it goes

Caroline Calloway is an Instagram influencer who is in the spotlight again after her former friend and ghostwriter published a tell-all story in The Cut this week. But this isn’t the first time that Calloway has gotten attention for her antics: She became famous for documenting her thoughts in detail […] A PR person claiming to work for an “influencer” with 55,000 social media followers got in touch with a small wedding photography company asking for a freebie. They expected their client to receive a package worth at least $US5,000 in exchange for a few posts on Instagram. Betrothed & Co […] Instagram influencers and celebrities numbering in the millions had their private contact info left exposed on a database, TechCrunch reports. The database was reportedly compiled by an India-based social-media-marketing firm called Chtrbox. The database has since been taken offline. Instagram said in a statement it was looking into the matter, […] Instagram is testing a change to the app where the number of likes on your posts would be hidden to everyone besides yourself. Reverse engineer Jane Manchun Wong discovered the unreleased feature, and posted screenshots to Twitter. An Instagram spokesperson says the feature isn’t being tested “at the moment,” but […] Last week, a couple went viral after a video of them missing their cruise ship in the Bahamas was shared on YouTube. INSIDER spoke to the woman in the video, Maria González Roesch, who turns out to be an Instagram-famous TV personality from Costa Rica. She was on her honeymoon […]

I went on a professional Instagram photoshoot, and the lengths influencers go to for the perfect picture will shock you

Whether you’re a full-time influencer or merely thinking of your career or dating prospects, maintaining a strong personal brand via your Instagram page is nothing to be sniffed at. Now, it’s actually possible to have a professional photoshoot designed to give you high-quality photos of yourself for the ‘gram. In […]

A new app lets you track the most popular colours in your Instagram photos in one beautiful, minimalist chart

A web app called Year of Colour combs through Instagram photos to find the most vibrant colours reflected in top posts. App creator Stef Lewandowski told The Verge he was inspired to create it by his wife, Emily Quinton, who runs the company Makelight, which helps Instagrammers make their profiles […] Would you pay $US600 for a pair of PaylessShoeSource sneakers? Some influencers would. As part of a viral ad campaign, the discount shoe retailer opened up a luxury shoe store and filled it with its cheap footwear. The company branded itself as “Palessi” and managed to trick fashion influencers into […]