Everything you missed in the ‘Spider-Man: Far from Home’ trailer

“Spider-Man: Far from Home” is the first movie to follow up the massive Marvel hit “Avengers: Endgame.” Because this film follows “Endgame,” there are a ton of Easter eggs, hidden meanings, and exciting revelations about the future of the Marvel Cinematic Universe. Warning: this video contains spoilers. In the second […] The Battle of Winterfell was the most epic “Game of Thrones” battle yet. A cast and crew of 750 people spent months in freezing weather conditions bringing the battle to life. For Arya’s fight scenes, Maisie Williams does many of her own stunts and even learned how to fight with […] Pokémon are hidden throughout the new ‘Detective Pikachu’ trailer. See if you can catch them all.

Warner Brothers released the second trailer for the new live action Pokémon movie “Detective Pikachu.” The trailer shows many different Pokémon from the series, including Mewtwo. In addition to the Pokémon, there are a number of Easter eggs you may not have noticed. Following is a transcript of the video. […] There’s a formula to winning the Oscars, and it’s all in the statistics

The Oscars have been Hollywood’s most important event for over 90 years, but the glamorous awards ceremony is dying. Its criteria in choosing the Best Picture might be to blame. There is a formula to winning an Oscar, and it’s all in the statistics. A whopping 93% of best picture […] It’s finally here. After weeks of rumours and speculations, Marvel just released the first trailer for its upcoming epic, Avengers 4 (or, Avengers: Endgame). Here is an in-depth breakdown of what you could be seeing in the theatre next year. The Avengers 4 trailer doesn’t hint much about the plot. […] How ketchup started as a fish sauce from Asia

Ketchup, one of America’s favourite condiments made famous by Heinz, originated in Asia. We typically think of ketchup as a thick, tomato-based sauce, but it actually started as a thin soy sauce made from fermented fish. Some early versions of ketchup contained ingredients such as anchovies, white wine, mace, ginger, […] How did CBD oil become a $1 billion industry?

CBD stands for cannabidiol, and it’s part of the cannabis plant from which we also get marijuana. However, this component isn’t intoxicating like THC and it’s believed to have therapeutic properties. We spoke with Martin A. Lee, author of “Smoke Signals: A Social History of Marijuana – Medical, Recreational and […] 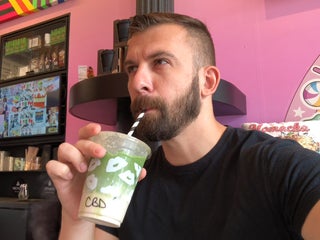 How dragon sound effects for ‘Game of Thrones’ are made Simone De La Rue has been training celebrities including Chrissy Teigen and Jennifer Garner for years. We caught up with her at her Body By Simone studio in New York City where she showed us the ultimate 15-minute, full-body workout. This quick and efficient workout uses minimal to no equipment, […] 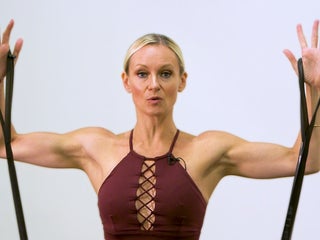 Garo Sparo designs elaborate costumes for drag queens, celebrities, and burlesque performers. He uses leather, lace, beads, and sequins to make one-of-a-kind outfits that help define these stars’ personalities. Sparo’s most high-profile clients include Nicki Minaj, Madonna, Miz Cracker, and Amanda Lepore, but he hopes that one day everyone will […] How bangs became an iconic hairstyle that took over the world

Bangs or “fringe,” as it’s known pretty much everywhere except the United States, has been an iconic hairstyle for centuries. We examine the origins of bangs, and talk to real women who reveal how high-maintenance the look really is. And we took a trip to Préma Hair in Manhattan’s lower […]