Starbucks is shutting hundreds of cafes and opening futuristic pickup-only stores in their place. Here’s what it’s like to buy coffee from a pickup-only Starbucks store.

Starbucks opened its first-ever Starbucks Pickup store in November, a pickup-only location that lets customers order ahead through the chain’s mobile app and pick up their orders in-store. The pandemic has forced the coffee chain to lean into the pickup-only store format. Starbucks plans to shut around 400 sit-down cafes […] 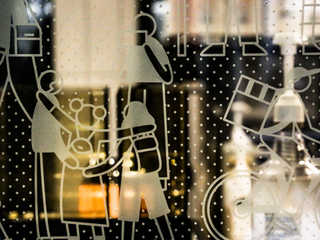 If you fear the end of the world, no matter... VIDEO: Engineers at the Defence Advanced Research Projects Agency (DARPA) have finished an advanced prototype of a device called Z-Man, which will allow soldiers to scale walls quickly like a real-life Spider-Man. VIDEO: If you sit in a chair all day at work and worry about bad posture causing back problems then this device is for you. Upright is a wearable device that vibrates when you slouch and reminds you to sit properly. VIDEO: Solu, a handheld general purpose computer, has been developed by a Finnish company. The smartphone-sized device is actually a powerful computer on its own, and it utilises cloud-based data storage for all of the apps and documents. VIDEO: The Chinese Academy of Science has created a space probe to investigate dark matter. The probe has the widest range of particle behaviour detection in the world. Modern burial practices are an... How exactly does the Hyperloop work?

VIDEO: Elon Musk's Hyperloop, the tube transit system that seems straight out of sci-fi, is gaining more and more attention, but how exactly does it work? Here's a brief overview of the science behind this revolutionary invention. VIDEO: Pleurobot is a salamander-like robot that was developed at EPFL, the Swiss Federal Institute of Technology. It's one of the most accurate robotic animals ever made, and its developers hope to use it to understand animal evolution and spinal therapy. Its design will also be used for search and rescue robots. VIDEO: Skully, a new smart motorcycle helmet, aims to give riders a practical safety tool: a rearview camera to reduce blind spots. The heads-up display also features Bluetooth calls, GPS, and music streaming without looking away from the road. This amazing drone can fly itself 30 mph without crashing

VIDEO: An algorithm generated obstacle-detection system that allows a drone to autonomously dip, dart and dive through trees at 30 miles per hour, without crashing, has been developed by a n MIT Ph.D. student. Andrew Barry's drone system uses a stereo camera set up to capture 120 fps footage and map objects 33 feet in front of the drone. This amazing robot dog can run, jump, and trot just like a real dog

VIDEO: The StarlETH is a dog-like robot created at ETH Zurich. Its sophisticated walking system can adapt to rocky terrain, and the robot is being developed to carry out dangerous or heavy-duty missions.