Owen Shroyer was already banned from the US Capitol grounds on January 6, 2021, after he disrupted a 2019 Trump impeachment hearing. 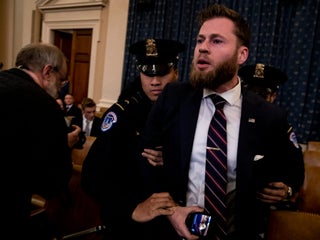 Jones is the latest right-wing pundit to criticize Trump for endorsing vaccines, and said the ex-president "doesn't know what he's doing." 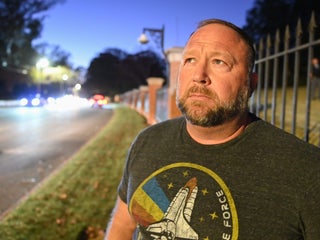 Authorities charged Owen Shroyer with four misdemeanors for entering restricted grounds at the Capitol during the January 6 riot. 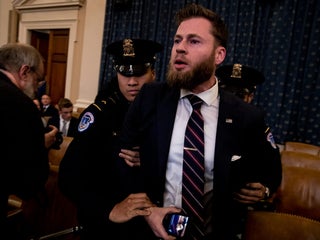 Infowars founder Alex Jones lost by default in two defamation cases over his claims that the Sandy Hook shooting was a "giant hoax." 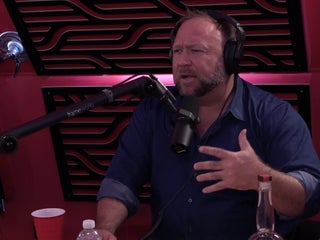 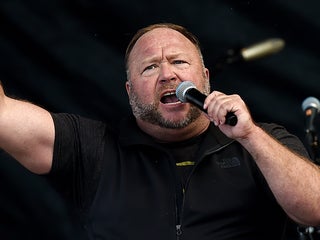 He is the second person affiliated with InfoWars to be charged in relation to the riot. Samuel Montoya, a video editor, was arrested in April. 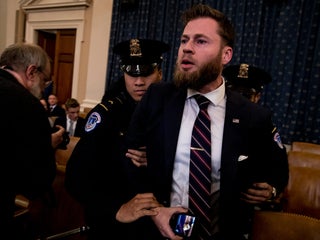 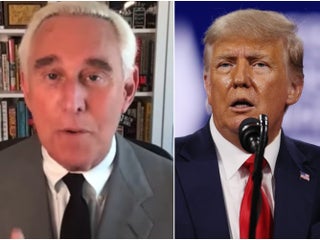 As the coronavirus pandemic has spread around the world, with millions infected and thousands dead, billionaire Microsoft co-founder and philanthropist Bill Gates has pledged a quarter billion dollars to combat the disease through his foundation. Gates has been an advocate for pandemic preparedness for years, and his Bill and Melinda […] 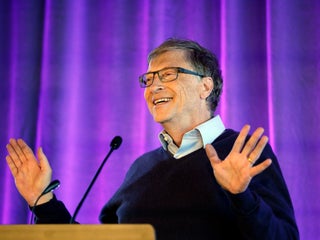 Google has removed the Infowars Android app from its Play Store. According to WIRED, the move was prompted by Infowars founder Alex Jones disputing the need for social distancing, shelter in place measures, and quarantine efforts in a video published on the app. Jones espouses conspiracy theories on a wide […] 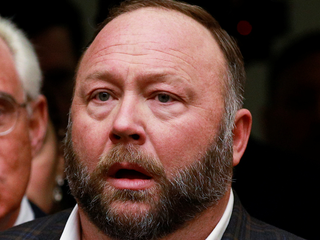 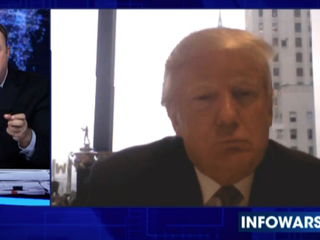 A protester from the conspiracy site InfoWars interrupted the latest impeachment hearing as soon as it began, shouting ‘Trump is innocent!’

A protestor who works for the right-wing talk radio and conspiracy site Infowars interrupted the first minutes of Monday’s impeachment hearing by yelling loudly in the hearing room. “We know who committed the crimes and it wasn’t Trump. Trump is innocent!” the protester, Owen Shroyer, yelled as he was escorted […] Conspiracy site Infowars will pay $15,000 to Pepe the Frog’s creator to settle a copyright lawsuit

US conspiracy site Infowars has agreed to pay $US15,000 to the creator of Pepe the Frog, after using the image in merchandise sold during the 2016 election. The case was due to go to trial next month but the two parties reached an agreement on Monday. Vice was first to […] A day after ranting about social media censorship, Trump retweets conspiracy site InfoWars and a far-right personality ‘at the precipice of outright white nationalism’ Facebook is barring a bunch of far-right figures and conspiracy theorists, including Alex Jones

Facebook said it is barring several prominent conspiracy theorists from its social network. The company said the move was in line with its rules prohibiting organisations or people that promote violence or hate. The move follows criticism that Facebook’s platform has allowed the spread of misinformation and hate speech. Visit […] Roger Stone pleaded not guilty to seven counts of obstruction, false statements, and witness tampering. Stone has struck a defiant tone since being arrested and charged last week, accusing the special counsel Robert Mueller of being a “rogue prosecutor who has more power than the president” and telling reporters he […] Roku, the company known for its streaming TVs, announced Tuesday it would remove the controversial show Infowars from its platform after backlash. Roku originally said Infowars wasn’t violating its terms of use, but less than 24 hours later it said it had “determined that the channel should be removed” after […] Roger Stone has settled a defamation lawsuit with a Chinese businessman he attacked as a “turncoat criminal” in articles for right-wing conspiracy site InfoWars. He will publicly retract and apologise for the claims he made about Chinese businessman Guo Wengui in the news media and on his social media in […] Tim Cook has said people sowing “hate, division, or violence” have no place on Apple platforms. He specifically decried white supremacists. Cook said Apple showed this year that it won’t enable “violent conspiracy theorists,” in an apparent reference to Alex Jones, who Apple permanently banned from its platforms earlier this […]