The men, who texted and emailed hundreds of companies, didn't expect to have 700 corporations, nonprofits, and law firms sign on. 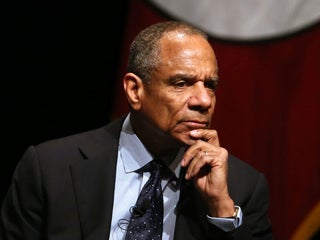 Whole Foods recently cut 1,500 jobs to ‘invest in technology’ — here’s one flagship example of the tech being rolled out A big announcement in retail is coming. BEFORE THEY MADE IT BIG: Tech CEOs Tell Us About Their First And Strangest Jobs

No matter how successful you become, no matter where your career takes you, everyone starts somewhere. We asked six hugely successful tech CEOs to tell us about their humble beginnings. We got some great stories, written by the CEOs themselves, about their first jobs and their oddest jobs. These include […] The Longest, Craziest, Job Interviews We Ever Heard Of

Todd Pollak is director of Financial Services at Google, running a team responsible for some of Google’s biggest customers like Amazon, eBay, and Walmart. His great career wouldn’t have happened without one of the craziest job interviews we’ve ever heard of: a six-hour car ride with his potential boss from […] As CEO of Infor, Philips is turning ugly financial software into a beautiful new kind of social network. CodeNow has a great plan to solve the skills shortage. [credit provider=”AP”] Former high-profile Oracle exec Charles Phillips is quietly running one of the biggest enterprise software companies you’ve never heard of: Infor.And he plans to use Infor to cut down his old employer. WHOA: This Off-The-Radar Software Company Is About To Hit $3 Billion In Sales

[credit provider=”AP”] Enterprise software company Infor keeps a low profile. It’s mostly known as the place where Charles Phillips landed after he was replaced by Mark Hurd at Oracle.Well, it’s on track to earn $2.8 billion this year.