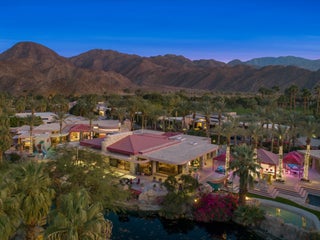 Roger Federer threw away a first set lead to lose the Indian Wells men’s title to Dominic Thiem, but said after that he lost to the better man

Roger Federer threw away a first set lead to lose the Indian Wells Masters final to Dominic Thiem on Sunday. Thiem produced a nerveless comeback to win the second and third sets thanks to pin-point accuracy, point-clinching backhands, and incredible crosscourt forehands. The Austrian won 3-6, 6-3, 7-5 to prove […] Denis Shapovalov celebrated an Indian Wells win by performing a pre-written rap for the spectators at the Tennis Garden in California. It was the first time Shapovalov had ever rapped in front of a crowd and he said he was more nervous spitting bars than he was during Tuesday’s straight […] Serena Williams, Alexander Zverev, and Anastasija Sevastova have all been knocked out of the 2019 Indian Wells tennis tournament in California. However, it seems they were not defeated by their opponents but rather a virus that is sweeping through the competition. Symptoms of the virus include “extreme dizziness and extreme […] Roger Federer was incensed during his Indian Wells Masters final loss to Juan Martín del Potro on Sunday. Federer argued with the match umpire, smacked his racket on the ground, and lost his cool in the California heat. The Swiss ace said he was not sure how long it would […]