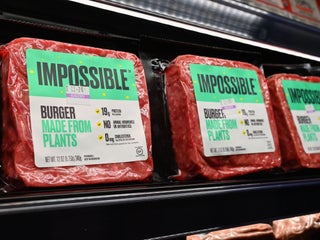 Almost 2,000 people have signed a petition to add a vegan hot dog to the Costco food court menu

Almost 2,000 people are petitioning Costco to add a vegan hot dog to its food court menu. Costco’s food court is known for its inexpensive pizza, hot dogs, and ice cream. Scott Hildebrand started the Change.org petition, which has garnered almost 2,000 signatures and is meant for Costco CEO Craig […] Impossible Foods now offers its veggie-based version of ground beef in supermarkets. Impossible already has burgers at Burger King (the Impossible Whopper) and White Castle, as well as a variety of smaller restaurants. This is the first time people can buy the ingredients directly and make their own Impossible meals. […]