Donald Trump’s Incitement of Violence on the Capitol Is His Highest Political Crime. There’s Still Time to Hold Him Accountable.

Supporters of President Trump stormed the Capitol, with some breaking their way inside, after the president declared, again, that he would not concede defeat to President-elect Joe Biden. As a mob broke into the legislative chambers and offices, lawmakers and staff went into lockdown and the certification of the election […] 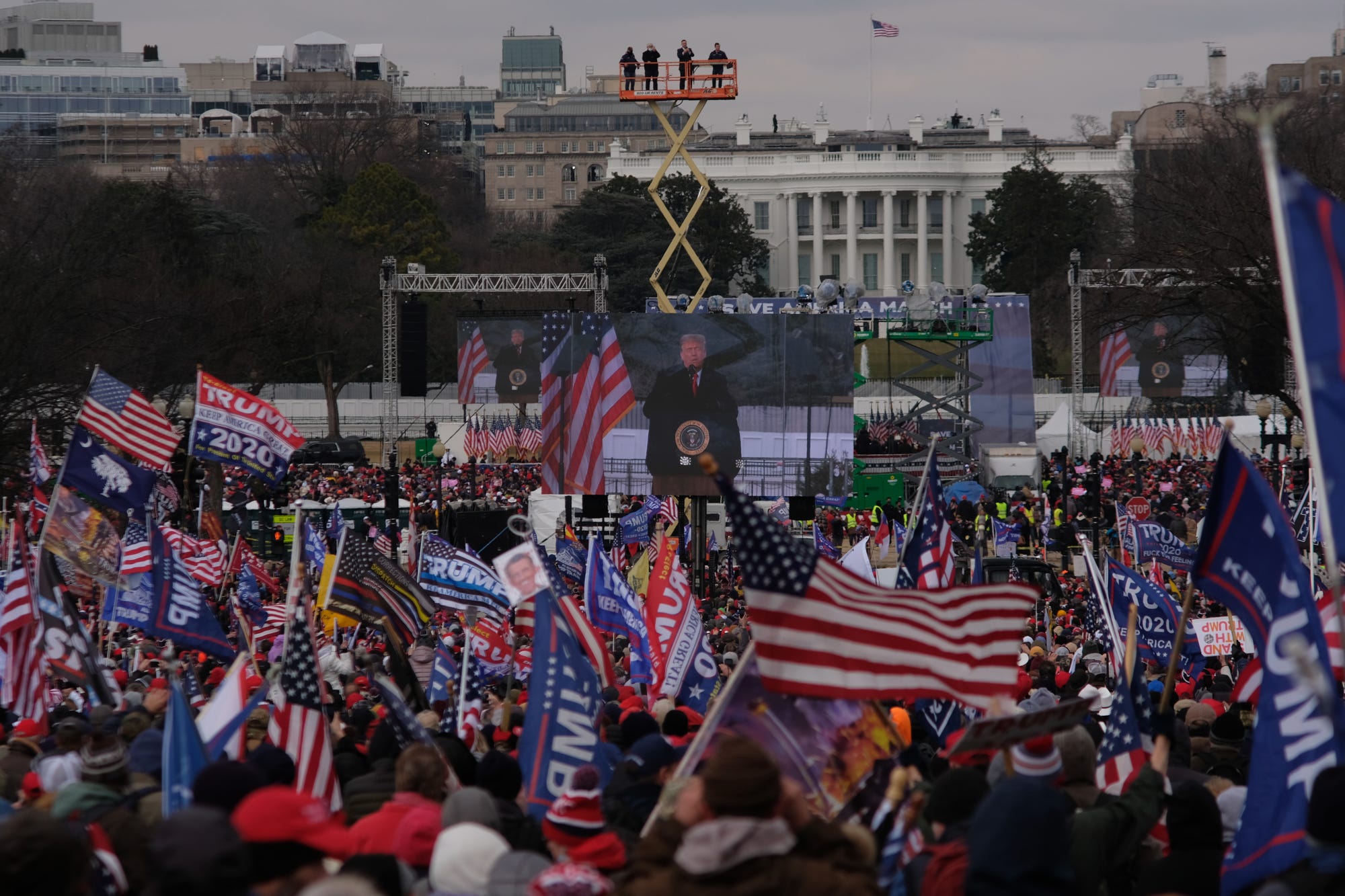 We hired 2 comic creators from the world of DC and Marvel to tell the full story of why Trump was impeached, and what he got away with

In November, President Donald Trump became the third president in the history of the United States to be impeached. The story of why that happened and what he was accused of spans oceans, features an enormous cast, and runs the course of his entire presidency. To help the American people […] 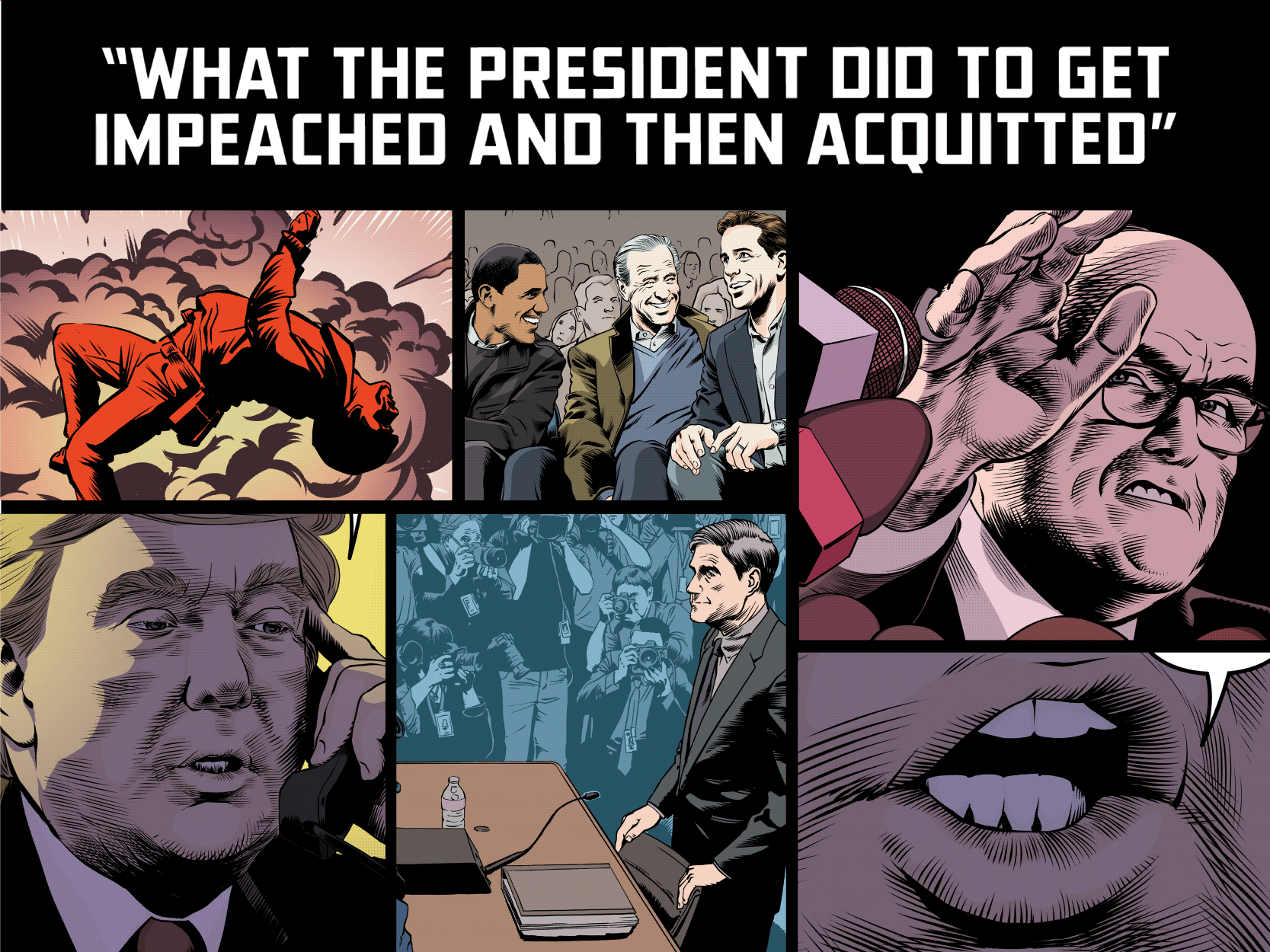 Officials in the Office of Management and Budget reportedly began ordering the Pentagon to freeze aid agreements to Ukraine around 90 minutes after President Donald Trump’s July 25 phone call with Ukrainian President Volodymyr Zelensky. The phone call first came under harsh scrutiny in an anonymous whistleblower report, and was […]

Thousands of people gathered across the US on Tuesday in support of impeaching President Donald Trump. Many of the rallies were organised by liberal groups like MoveOn, with organisers saying more than 600 rallies were planned across the country, with an anticipated turnout of about 200,000. The House is set […]

House Speaker Nancy Pelosi on Tuesday evening responded to a letter President Donald Trump sent her ahead of a House vote that was expected to see him impeached. In his six-page letter to Pelosi, Trump called the impeachment process an “abuse of power by Democrat Lawmakers” and said Pelosi had […]

House Judiciary Chairman Jerry Nadler said on CNN’s “State of the Union” that lawmakers have a “very rock-solid case” in the impeachment inquiry against President Donald Trump. Nadler said the committee had seen valuable testimony from “public-spirited, patriotic people in the CIA, the Pentagon, the White House itself, who came […]

House Speaker Nancy Pelosi has dramatically shifted her position on impeachment over the last nine months. On Thursday, after weeks of public hearings, Pelosi officially announced House Democrats would draft articles of impeachment. After months of resisting the loud pro-impeachment voices in her caucus, Pelosi’s rhetoric on the momentous move […]

House Speaker Nancy Pelosi said in a press conference on Thursday morning that she would ask Rep. Jerry Nadler, the chairman of the Judiciary Committee, to draft articles of impeachment against President Donald Trump. “Over the past few weeks … the American people have heard the testimony of truly patriotic […]

Republicans are once again using massive signs to defend Trump during an impeachment hearing, this time using Democrats’ own words

Republicans displayed three massive signs behind their seats at a hearing in the impeachment inquiry into President Donald Trump on Wednesday. While Republicans have brought signs to other hearings during the inquiry, this time all three signs used Democrats’ own words to defend Trump. They used quotes from House Speaker […]

Three women have come forward alleging that US Ambassador to the EU Gordon Sondland, a key witness in the impeachment probe into President Donald Trump, made unwanted sexual advances, including forcible kissing and bodily exposure. In all three cases, the women allege that Sondland dangled work and business opportunities before […]

Two officials with the White House Office of Management and Budget resigned after expressing frustration with President Donald Trump’s move to freeze millions in military aid to Ukraine, according to the closed-door testimony of another official. Mark Sandy, a career OMB official, testified on the resignations to House impeachment investigators […]

There’s a significant gender gap in the American public’s support for President Donald Trump’s impeachment and removal, according to recent Insider polling. The majority of women – 52% – said they either “probably” or “definitely” want the president to be impeached and removed from office. Just 34% of women said […]

A GQ story from Oct. 29 said that Lt. Col. Alexander VIndman, a key witness in the impeachment inquiry into President Trump, originally ran with a line saying that Vindman was awarded the Purple Heart after being injured by an IUD. Nearly a month later, a screenshot of the correction […]

Trump said ‘I do want corruption, always,’ an apparent gaffe in a Fox News interview about impeachment

US President Donald Trump appeared to misspeak during an interview with Fox News Friday morning, telling the network: “I do want corruption, always,” while discussing the ongoing impeachment inquiry. Speaking on “Fox and Friends,” Trump was discussing testimony from Gordon Sondland, the US ambassador to the European Union. Sondland alleged […]