IKEA has a little known bargain section of its website where everything costs under $US10. The bargain page features dozens of items for your home, including necessities like coat hangers and plates. There are also stylish decor items like woven seagrass baskets, faux plants, and trendy wooden serving bowls. Visit […] 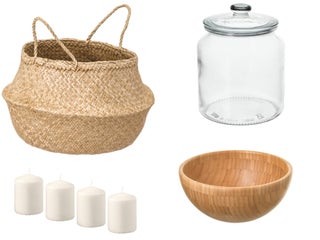 At least three people suffered chemical burns at an IKEA in the Netherlands after the contents of a hand sanitizer bottle were replaced with drain cleaner. Police say a cleaning woman who was not a native Dutch speaker made the swap accidentally, according to NOS. IKEAs across the Netherlands closed […] 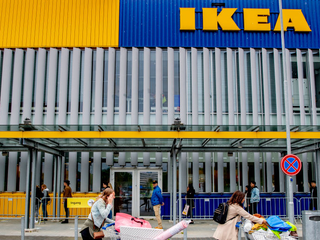 In 2017, 2-year-old Jozef Dudek died after 70-pound recalled IKEA dresser fell on top of him. On Monday, it was revealed IKEA agreed to pay the Dudek family a $US46 million settlement. It’s rumoured to be the largest child wrongful death settlement in US history. Visit Insider’s homepage for more […] IKEA is selling a ‘flat-pack’ chocolate bunny for Easter

IKEA is selling a flat-pack chocolate bunny for Easter. It’s designed to be decorative as well as delicious. Fortunately, it comprises just three milk chocolate pieces, so hopefully shouldn’t result in too many assembly arguments. If there’s one thing IKEA is known for, it’s flat-pack furniture. And if you’re a […]

IKEA is selling a world map that is missing New Zealand

IKEA’s $US29 BJORKSTA world map is missing New Zealand. The mistake was spotted by a shopper at an IKEA in Washington, DC, who shared a photo of the map to Reddit. IKEA announced last year that it is expanding to New Zealand – it is unclear if the Swedish furniture […]