The Information Commissioner's Office spent £23,000 trying to account for £6,248 of taxpayers' money spent at Hotel Chocolat on presents for staff. 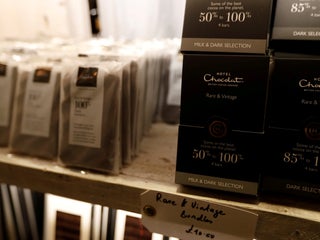 The SEC alleges the defendants falsely told investors that it could generate monthly returns as high as 40% with its "volatility software trading bot." 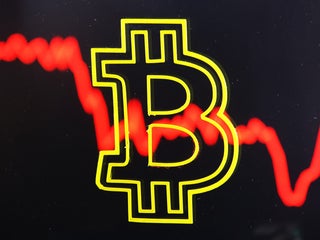 The ICO served credit agency Experian with an enforcement notice, ordering it to change the way it handles its data broking business. Data broking is the process of companies acquiring people’s data, assigning it to a profiled dataset, and then selling it on to marketers. The ICO’s decision has the […] 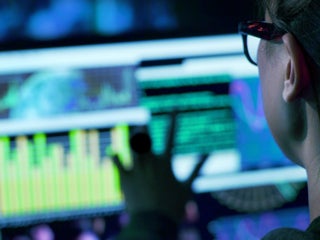 The UK and Australia are investigating Clearview AI, the facial recognition firm that scraped billions of photos from social media

Facial recognition company Clearview AI is now the subject of a joint investigation from privacy regulators from the UK and Australia. The UK’s ICO and Australia’s OAIC are looking into Clearview AI’s “use of ‘scraped’ data and biometrics of individuals.” Clearview AI was brought into the public eye by a […] 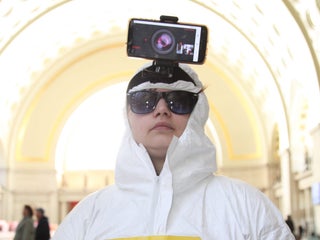 The UK’s Information Commissioner’s Office (ICO) plans to finehotel giant Marriott International £99 million (about $US123 million) for a data breach that exposed the sensitive data of 339 million guests. The breach occurred in 2014 in hotel company Starwood’s database. Marriott inherited the undetected breach when it bought Starwood in […] The UK’s data watchdog is calling on Mark Zuckerberg to honour his commitment to data privacy, as expressed in his recent op-ed on regulation. The Information Commissioner’s Office said Facebook should drop its appeal of the £500,000 ($US653,000) fine over the Cambridge Analytica breach in November. It doesn’t look like […] Floyd Mayweather Jr. and DJ Khaled will each pay more than $100,000 in fines to settle charges that they illegally touted ICOs

Boxing champion Floyd Mayweather Jr. and record producer DJ Khaled will pay hundreds of thousands of dollars in penalties to settle charges filed against them by the Securities and Exchange Commission. The SEC charged Mayweather and Khaled with promoting an initial coin offerings (ICOs) without disclosing that they were paid […] Blockchain consultant DigitalX says claimants in a $2.5 million lawsuit against it failed to take action to mitigate their own losses in an initial coin offer (ICO). The company (ASX:DCC) has filed an 11-page defence against a suit bought by a consortium of investors in October. The investors are alleging […]

Facebook has been fined £500,000 ($US645,000) by the UK’s Information Commissioner’s Office for the Cambridge Analytica data breach. It is the maximum possible fine available to the British watchdog, but would have been much higher had Europe’s GDPR rules been in force when the breach took place. Information Commissioner Elizabeth […]

Europe is killing it in crypto

The value of “token sales” in Europe this year is about $US4.1 billion, far above the $US2.6 billion in the US and $US2.3 billion raised in Asia. Until the crash of 2008 it was the banking industry that siphoned off Europe’s top minds. Not anymore. In the race to be […] Of all the cryptocurrencies and ICOs currently trying to find ways to lever money out of people who have too much, Galleon Quest actually guarantees a return. Not in money, obviously. No ICO can do that. But at least you’ll have fun trying if you buy into Galleon Quest’s pre-ICO […]

Ethereum plunges to its lowest level in 11 months

Ethereum plunged as much as 17% Monday, sinking to a low of $US285.14 per token, it’s lowest price since September 2017. Other major cryptocurrencies, like the flagship bitcoin and Ripple’s XRP, also saw significant selling and were down about 1% and 5%, respectively. Ethereum is closely intertwined with initial coin […] Luxury car startup BitCar has revealed what you do when you initial coin offering doesn’t raise as much as you’d hoped. The company, which is developing a Blockchain platform that offers cryptocurrency payments for fractional ownership of collectible car brands like Ferrari, launched an initial coin offering last year with […]

Cambridge Analytica tried to sell itself to 18,000 buyers — but received just 4 paltry offers

Scandal-hit Cambridge Analytica attempted to sell itself to more than 18,000 parties after going into administration in May. The company received just four offers to buy its assets, some for as little as £1 (76 cents). The administrators said the offers were “disappointing” and blamed an ongoing investigation by the […]

The UK’s data watchdog plans to fine Emma’s Diary, which offers advice to expectant mothers, £140,000 for selling people’s personal information to the Labour Party. The data was used in Labour’s general election campaign in 2017, according to the Information Commissioner’s Office, but sharing that information was illegal. Lifecycle Marketing, […] It would take Facebook just 18 minutes to pay off its $896,000 fine for the Cambridge Analytica scandal

Facebook is facing a £500,000 ($AU896,000) fine from the UK’s data watchdog over the Cambridge Analytical scandal. It’s the first penalty Facebook would pay for mishandling people’s information. But the company makes so much money that it would take just 18 minutes to pay it off. If Facebook had been […] Facebook has been fined £500,000 ($AU893,600) by UK regulator the ICO over the Cambridge Analytica scandal. It’s the maximum amount possible under law, but given Facebook’s size it’s just a slap on the wrist. The regulator says Facebook broke the law, breaching the UK Data Protection Act twice. British politicians […] In the blockchain industry, scams and bad actors are so prevalent that it’s been nicknamed “the Wild West.” With so many prospective investors hoping to cash in on the next blockchain windfall, many have attempted to turn a profit by promoting fake projects. The scams often involve would-be founders taking […]