A year after a crippling fire, one of the Coast Guard’s most important ships is on a rare trip around North America

The US Coast Guard has just two ships capable of patrolling the thawing frontline in the Arctic, and one is on a rare trip around the continent. 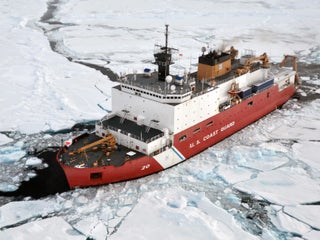 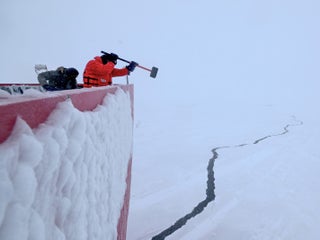 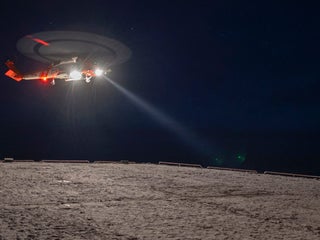 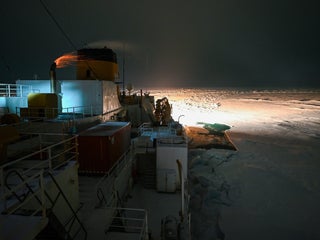 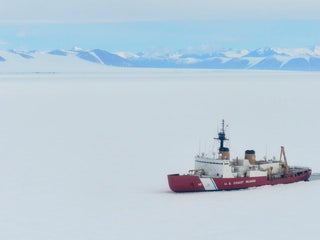 The Xuelong 2, China’s first domestically built icebreaker left Shanghai on July 15 for its first trip to the Arctic. It’s not the first time a Chinese icebreaker has gone to the Arctic, but the ship and the trip underscore Chinese ambitions for the region at a time when many […] 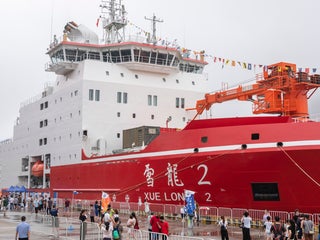 During its return from an annual supply run to the McMurdo research station in Antarctica, the US Coast Guard’s only heavy icebreaker, the Polar Star, had a fire break out inside its incinerator room as it sailed about 650 miles north of McMurdo Sound. The incident occurred on February 10, […] The US’s only icebreaker made its annual trip to Antarctica, and it got banged up on the way

US Coast Guard icebreaker Polar Star arrived in Antarctica on its annual research-support mission this month. The Polar Star is the US’s only heavy icebreaker and the only ship capable of breaking through heavy Antarctic ice. This year, the Polar Star’s crew spent most of the harsh voyage without knowing […] In a burst of irony, a Chinese icebreaker crashed into an iceberg over the weekend. The Xue Long, which was travelling at relatively low speeds at the time, collided with an iceberg obscured by thick fog in western Antarctica’s Amundsen Sea on Saturday. The ship suffered some damage, but the […]

Countries are looking to take advantage of the opening of the Arctic for shipping and exploration. Operating there requires specialised icebreakers, of which the US has just one. That icebreaker is in such poor shape that the Coast Guard declined to send it north, fearing it would break down. Countries […]

A Russian icebreaker caught fire in St. Petersburg — the latest in a series of shipyard accidents An NPR host who’s interviewed thousands of people over 45 years has the only icebreaker you’ll ever need, and it’s just 4 words

NPR radio host Terry Gross has a go-to icebreaker that’s only four words long and can help you navigate potentially awkward situations. Asking someone to “tell me about yourself” is an effective icebreaker because it won’t make your conversation partner uncomfortable or self-conscious, Gross told The New York Times. Etiquette […]

Great-power competition is growing in the Arctic, but lawmakers want to cut funding for the US’s next icebreaker

The Coast Guard has been pushing to build new heavy polar icebreakers for years. Money was included in the Homeland Security Department’s most recent budget request to build the service’s next icebreaker, but the House cut that funding. Democratic lawmakers are pushing back, saying a lack of icebreakers puts the […] The Coast Guard currently only has one operational heavy icebreaker to keep polar regions accessible. The service has been pushing for funding to rebuild its icebreaker fleet for some time. President Donald Trump’s proposed 2019 budget provides nearly a billion dollars to start that construction. The Homeland Security Department’s proposed […] The Polar Star travels south every year to break open a resupply channel to McMurdo Station in Antarctica. The ageing Polar Star encountered several problems during the journey this year. The crew resolved the issues, but the harsh conditions take a heavy toll on the 41-year-old icebreaker. The US Coast […] Interest is growing in the Arctic as receding ice makes the region more accessible. Military officials and policymakers have sounded the alarm about gaps between the capabilities of the US and other major powers in the region – Russia in particular. The relationship going forward may depend on which issues […] 15 terrible conversation starters you should avoid in a job interview

The small talk you make with your interviewer... 13 terrible conversation starters you should avoid in a job interview

The small talk you make with your interviewer... Ocean-going countries are showing new interest in operating in the Arctic and Antarctic, as receding ice makes waters more accessible. Icebreaking ships are vital for operations in those regions, but the US has fewer such ships than its neighbours in the area, including Russia. The US is pushing to build […] The US has fallen behind other countries in developing a presence in the Arctic, according to Secretary of State Rex Tillerson. But the Coast Guard’s commander in the region says the US is on good terms with its neighbours, citing logistics and resources as his main concerns. The Coast Guard […]