The ice fishermen were isolated on the breakaway ice on Lake Michigan for 90 minutes before they were rescued by sheriff's deputies. 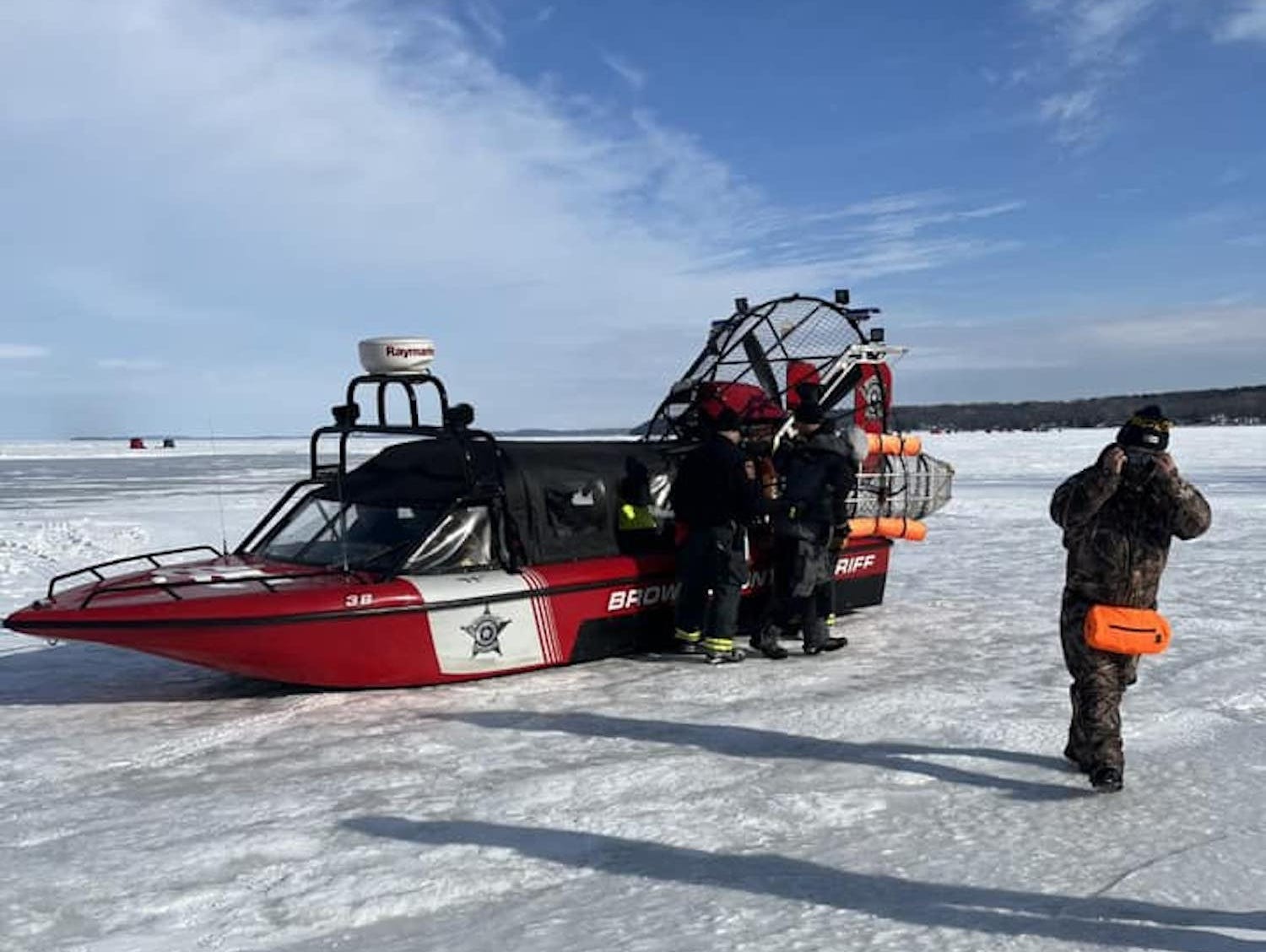 The National Oceanic and Atmospheric Administration (NOAA)’a annual Arctic Report Card, which describes how the Arctic has changed each year, came out this week. The report warns that global sea level rise is on track with one of climate scientists’ worst-case predictions. Ice melt due to climate change contributes to […]
News Feb. 26, 2019, 10:20 AM

NASA has been keeping tabs on a giant crack in Antarctica’s Brunt Ice Shelf. The crack is rapidly growing, and it’s approaching a second chasm called the “Halloween crack.” If the two cracks converge, an iceberg 30 times the size of Manhattan (or twice the size of all of New […]
News Feb. 17, 2019, 1:24 AM

NASA has found a 1,000-foot-tall cavity that’s two-thirds the size of Manhattan under the Thwaites Glacier in Antarctica. The cavity is thought to have held 14 billion tons of ice that melted over the last three years. The melting Thwaites Glacier is responsible for 4% of annual global sea-level rise. […]
News Jan. 20, 2019, 7:03 AM

In a lost lake 3,500 feet under the Antarctic Ice, scientists just found the carcasses of tiny creatures

Scientists have drilled 3,556 feet into the Antarctic ice to reach Lake Mercer – a subglacial lake that, until now, had only been seen with ice-penetrating radar. After drilling the hole, scientists pulled up mud, water samples, and a 5.5-foot-long ice core to study. An analysis of the mud revealed […]
News Nov. 15, 2018, 11:42 AM

Greenland is hiding an explosive secret under its thick ice sheet. In 2015, researchers created a new map of the continent’s bedrock, which is normally obscured by thousands of metres of ice. When an international team of scientists studied that map, they found a 25km wide, bowl-like depression – it […]
News Sep. 21, 2018, 5:42 AM

If the glaciers holding back ice sheets in Antarctica and Greenland were to collapse, the rate of sea-level rise around the globe could skyrocket. That would quickly render coastal cities, where hundreds of millions of people live, uninhabitable. To prevent this, scientists are proposing a new kind of geoengineering plan […]
News Nov. 4, 2015, 6:00 AM

Antarctica is gaining ice, but not for long

Watch A Mile Of 3,000-Foot-High Ice Fall Into The Ocean

If All The Ice On Earth Melted, The Destruction Would Be Unimaginable [MAPS]

What would the world look like if all the ice currently on land (more than 5 million cubic miles) melted? Well, we wouldn’t be living in Waterworld, but the drastic sea level rise would have very destructive implications for many of the world’s major cities. These amazing images come from […]
News Nov. 30, 2012, 6:00 AM

FACT: Antarctica And Greenland Are Melting

Greenland Is Losing 200 Billion Tons Of Ice Every Year

[credit provider=”AP Photo/John McConnico”] The second largest piece of land ice on Earth covers Greenland and it is melting.These polar ice sheets, like the one in Greenland and the largest in Antarctica, are a major contributor to the rise of global sea levels — a dangerous consequence of global warming.
News Oct. 12, 2012, 3:03 PM

11 Islands That Will Vanish When Sea Levels Rise

[credit provider=”Flickr/les_butcher”] As the climate warms, sea ice and the ice sheets in Greenland and the Antarctic continue to melt. These and other factors lead to increases in sea level and further warming of the Earth. Climate change will manifest in many many ways, including changes in weather patterns and […]
News Oct. 5, 2012, 6:56 AM

Sea level rise and extreme weather is going to get so bad, that some island nations may need to evacuate within a decade, Micheal Mann, a lead climate scientist, told the Guardian at the SXSW Eco conference.Mann is the director of the Earth System Science centre at Penn State. He […]
News Jul. 26, 2012, 4:39 AM

A dramatic gash in the surface of the Earth that could rival the majesty of the Grand Canyon has been discovered secreted beneath Antarctica’s vast, featureless ice sheet.
News Apr. 26, 2012, 8:38 AM

[credit provider=”Flickr/Sean_Marshall”] Two thousand scientists from 67 countries have published an open letter calling for a moratorium on fishing in the northern Arctic Ocean, Nature reports.Recent melting of Arctic ice in summer months has opened up as much as 40 per cent of formerly frozen areas that are outside the […]
News Apr. 6, 2012, 10:39 PM

[credit provider=”ESA” url=”http://www.esa.int/esaCP/SEMDWMEWF0H_index_0.html”] Recent images taken by the European Space Agency’s (ESA) Envisat satellite show that an Antarctic ice shelf is less than 15 per cent of its size 17 years ago.According to the ESA, In January 1995, Larsen B ice shelf was 4,373 square miles (11,521 square kilometers). Today, […]